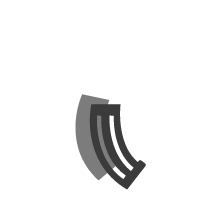 Live Inventory
Are you sick and tired of manually loading a new cartridge every single time you fire a semi-auto? Well, have we ever got something good in store for you: magazines! These aren’t the kinds of magazines you’ll have to hide from your wife, either. They are high quality AR-15 mags! Learn More
per page

The detachable box magazine revolutionized the way we shoot. No longer is there a need to fiddle with a bolt, crank a lever, or pump a forestock every time you want to fire a shot. Sure, magazine-fed weapons will never replace classic firearms altogether. We’re just glad we’ll never have to ask someone who’s trying to kill us to please wait patiently while we carefully reload a flintlock pistol.

There are two big reasons why you should stock up on magazines. The first is greater convenience at the gun range. If you arrive at your target shooting session with plenty of loaded magazines in your pack, then you’ll be able to spend that much more time actually shooting – instead of laboriously pressing round after round into a mag.

The second (and greater) reason to have several magazines is: preparedness. Suppose things truly go sour one day, and the AR-15 you had only used for plinking suddenly becomes your only ticket to defend yourself. If you only have one or two magazines, your rifle will quickly become about as useful as you-know-whats on a bull. But if you have several mags all loaded up and ready to go, your chances of walking away unscathed from a violent altercation become significantly better.

We feel we ought to warn you that magazines are just one more aspect of firearm ownership that is under attack. Is it ironic that the same politicians who call for bans on “high capacity” magazines are also protected around the clock by highly trained men carrying weapons outfitted with “high capacity” magazines? Arguably, but we’ll leave the formation of such opinions in your capable hands. All we have to say is that a 30-round AR-15 magazine may one day become as difficult to locate as a brick of black tar heroin. Easy if you’re a crook; impossible if you’re the kind of decent, law-abiding citizen who shops on Ammo.com.

Please take care that you should – under no circumstances – possess an illegal magazine, ever. We’d like to make a joke about boating accidents here, but we’re extremely serious on this point.

So we both agree that you need magazines. The only question remaining is where to find them. Should you break into a USMC base and try to steal magazines when no one is looking? Absolutely not. Those guys are clever and they will catch you. And if you’re in good enough shape, they might even recruit you and make you do pushups. Should you buy low-quality magazines that were made by people who only have a dim idea of what a gun is? Also no, although the risk of pushups is much lower.

In all honesty, you’re best off ordering magazines from us. We exclusively offer reliable and high-quality 223/5.56 AR-15 magazines. They are made by reputable manufacturers out of premium materials and components. Your target shooting pleasure and personal safety deserve no less!