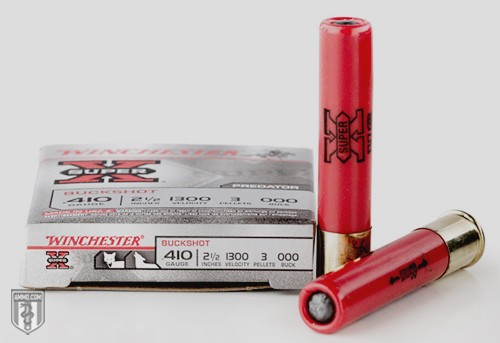 000 buckshot, also known as triple aught buck, has one of the largest diameter pellet sizes found on the market today, making it great for both hunting and personal defense. When it comes to buckshot size, there are typically eight pellets with a diameter of .36 inches in a 000 buck round, depending on the shell size and manufacturer. As for 000 buckshot vs. 00, the size difference is about 0.03 inches, but the weight of an individual pellet can be as much as 30 percent more with the 000 buck – resulting in more energy per pellet and deeper penetration.

This is where the 000 buck excels. It can’t really be compared to anything but the largest buckshots, because it devestates anything you hit within an effective range of about 35 yards. The key advantage to the large buckshot is increased pellet size and weight when compared to the more popular #4 buck. Target shoot or do research to get a basic idea of the potential of this shot, as the penetration of 000 buck is difficult to visualize.

With the recent increase in the popularity of the .410 bore as a defensive cartridge, several manufacturers are promoting their ammunition loaded with 000 buck. This is becoming a popular choice among owners of pistols like the Taurus Judge and other .410 bore handguns.

As with any home-defense firearm or ammunition, it is vital that you are aware of the capabilities and limitations of the particular equipment you have chosen. New shooters may be under the impression that firing a shotgun fills an entire room with a deadly spray of pellets – but experienced shooters know that’s not the case. Shotguns must be aimed at the target, and at home-defense distances. Just be sure to know how your shotgun patterns.

Most hunters will tell you that 000 buck is overkill when it comes to hunting, but there are some great exceptions. If you live in Idaho or Montana, for instance, the deer, moose, bears and mountain lions are huge compared to the small game deer in the South. The 000 buck will make it harder to hit something with a range of over 40 yards, but if you’ve patterned your shotgun – 000 buckshot 12 gauge or otherwise – and know exactly how it performs, it should do just fine. And even though you may have less pellets overall, the power allows you to hunt large prey.