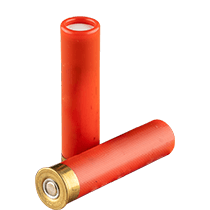 Live Inventory
Largely unknown in today's firearms market, the 32 gauge never gained popularity due to its close similarities with the 20 gauge, 28 gauge, and .410. It is, however, sought after by collectors who appreciate its WWII historical value and scarcity. Learn More

If you have never heard of a 32 gauge shotgun, you’re not alone. Most shooters, especially in the U.S., either have no need for or no knowledge of this elusive gun and its ammunition. Made by American manufacturers until the 1930s, 32 gauge quickly became obsolete due to its similarities with 20 gauge, 28 gauge and the .410. This is why the very rare 32 gauge is sought after mostly by collectors and those looking to shoot something out of the norm.

What Are Gauges and Shot?

It’s worth taking a second to step back and talk about what a gauge is and what a shotgun is. This sheds light on why someone might use a 32 gauge instead of a 12 gauge shotgun. One is not ever a substitute for the other. Rather they are different tools for different jobs. Sure, you can hammer a nail with the butt end of a screwdriver, but you’re better off just grabbing a hammer and doing it the right way.

Shotguns are supposed to throw distinct patterns of pellets (known as “shot”). This makes hitting targets – especially moving targets – a lot easier, hence their popularity for bird hunting. Different sizes of shot are used for different types of game. The shot you might use to bring down a turkey is not going to be a valuable shell for hunting quail.

The “gauge” in a shotgun shell’s size refers to the bore diameter of the shotgun. The only difference is with the .410, which isn’t a gauge, but a caliber. The number is based on the diameter of the ball and its relation to a pound of lead. For example, the shot inside a 12-gauge shell is 1/12th of a pound. The 16-gauge is precisely one ounce. And so on.

The most common gauges today are the 12 and the 20, but you still see the .410 (not a gauge, but worth including in the list) and occasionally more esoteric gauges like the 16, the 28 and even the 10 gauge. In olden times, some hunters would use absolute beasts, like the 8 gauge and the 4 gauge. The two most popular are, again, the 20 (which is for smaller game and clay pigeon track shooting) and the 12 (which is for home defense and larger game like turkeys and deer).

You may have heard the terms “buckshot” and “birdshot” used. This is an informal way of referring to the distinction between shot used for birds and shot used for bucks. Shots are usually made entirely of lead, though they are sometimes covered in another metal, most commonly copper.

Sometimes shotguns have slugs instead of pellets. Slugs are a large, single piece of “shot” generally used for hunting much larger game – deer and even sometimes bear. Shotguns for slugs are often rifled and generally considered a class apart from all other kinds of shotguns.

The length of a shotgun shell is likewise an important metric. Even if you use the correct gauge, using the wrong length of the shell can be extremely dangerous for a shooter. Generally speaking, you can chamber any shotgun shell that is the same length or shorter than what is recommended for the weapon. You can never substitute gauges, as this will cause great damage to the weapon and potentially injure the shooter.

The Origin of the Shotgun

In the days of the musket, there was no reason why a weapon couldn’t fire shot as well as a ball. After all, basically anything that could be packed down into a barrel could then be fired out, provided it could withstand the blast of the black powder. Some weapons, known as “fowling pieces,” were designed specifically to wing birds in flight. This was the origin of the modern shotgun.

It wasn’t long until weapons were being designed with the same principles, but for warfare. The term “shotgun” first entered the English lexicon in Kentucky in 1776. When smaller bores and rifling emerged, the shotgun became an entirely separate weapon class. Once the boxlock was developed in 1875, the double-barrel shotgun assumed the form that it takes to this very day.

In the 19th century, the shotgun was primarily a weapon used by mounted cavalry. This was because of the shorter barrel length and its overall effectiveness at hitting moving targets. It was the exclusive weapon of the United States cavalry during the Indian Wars of this century. This is one reason the shotgun became synonymous with the Old West. Another is that Doc Holliday’s sole confirmed kill was with a shotgun. Short-barrelled shotguns were also used to guard stagecoaches, which is where the term “riding shotgun” comes from.

MIlitary use of the shotgun was in decline until the First World War. American forces introduced them into the war, where they were bayoneted and called “trench guns.” Official European forces did not use them much during the Second World War, but they were a preferred weapon of Allied partisans, such as the French Resistance. On the other hand, the Marines fighting in the Pacific Theater found them to be the perfect weapon for thick, jungle canopy combat. The weapon continued to see use in the Korean, Vietnam and Iraq Wars.

Thus, the 32 is a very, very small shotgun shell without a great deal of impact. It was originally designed by American manufacturers in the 1870s. By the 1930s, it had largely fallen off of the map. Because of its popularity in Europe and Russia, it continues to hang on. And while brass and plastic shells can be found, cardboard is generally the default for this shell. Most are 2.5” shells, but they do go up to as long as three inches.

One of the reasons why the 32 gauge was never able to make a decent inroad into the American market (though it continues to have modest sales in Europe and South America) is that it’s barely any different from a 28 gauge – a mere twenty-four thousandths of an inch smaller in the bore diameter. Compare that to the difference between the 28 and the 20 gauge: sixty-five thousandths of an inch. The market could easily have preferred the 32 to the 28 and the .410, but it didn’t. And now the 32 has a very limited market, both domestically and internationally.

But, while similar to the 410 in many ways, those who have used the 32 gauge sing its praises and tout its superiority over the more common round. Some of the features touted by the partisans of 32 gauge include a more efficient shot column and superior wad designs. And for some shooters, there’s just the kick out of owning a weapon in every conceivable chambering – the more unusual the better.

As Whittier Daily News reporter Jim Matthews once put it, “It’s not about practical, it’s about fun.” He compares owning a 32 gauge shotgun to being the only person on the block driving a ‘63 Mustang. Is this the most practical choice for a means of transportation? Absolutely not. But is it cool? Anyone who says otherwise is obviously lying. This puts the 32 gauge in the same family as the 28 gauge and 14 gauge, but not quite the 16 gauge – which is unusual, but not as downright exotic as the other rounds. It’s a collectors item and those aren’t for everyone. But if you have the means and the interest, you’ll probably have a lot of fun.

While over the years 32 gauge guns have been made by American Arms, Iver Johnson, Winchester, Remington and others – 32 gauge remains common throughout Europe to this day, with ammo still available from Fiocchi. In fact, rumor has it that quite a few 32 gauge shotguns made their way back to the States at the end of WWII. Since GIs were allowed to send a foot locker home (packed with just about anything due to poor inspections), many were able to return with guns from Nazi stockpiles that were confiscated from German citizens. These guns, known to be fine-crafted and some chambered for the 32, can be of great value if in good condition.

Beyond its lack of availability and the historical value, what draws shooters to the 32 gauge? Efficiency seems to be the biggest benefit, with novelty shooters raving about efficient shot columns and stellar wad designs. But being barely smaller than a 28 gauge, the 32 never differentiated itself enough to stay relevant in the world of firearms.

If you’re looking for a shotgun that doubles as a conversation piece, the 32 gauge will get fellow shooters talking. This rare find is a collector’s dream, and also a comparable shot to the 28 gauge or .410.