Democide: Understanding the State’s Monopoly on Violence and the Second Amendment 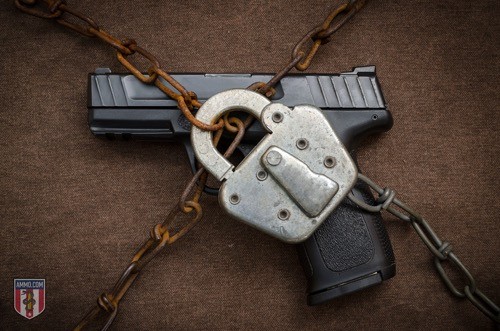 Gun control is predicated on the belief that private citizens cannot be trusted with firearms. That the state should have a "monopoly on violence" because it is less violent than individuals. And that firearms should be taken away from private citizens because only the state is responsible enough to handle them.

There is, however, a major problem with this: States are statistically far more violent than individuals. After all, in the 20th century alone, 262 MILLION people died at the hands of their own governments.

The term for this sort of atrocity is “democide.” It is one of the reasons the Founding Fathers included the Second Amendment in the U.S. Constitution – to allow citizens some form of protection against agents of a tyrannical government meaning to do them harm, as the Founders were forcibly disarmed as colonists by the British prior to the American Revolution.

Democide is the murder of any person or people by their government. It’s an important concept, as it is more expansive than the better-known term genocide. While the largest genocide in history is widely thought to be the Holocaust, Adolf Hitler’s work pales in comparison to that of Josef Stalin or Mao Zedong. In fact, one aspect of Stalin’s terror was the “Holodomor,” the intentional mass starvation of Ukrainians, which killed over seven million victims in less than two years (compared to six million Jews over the four years of the Holocaust). 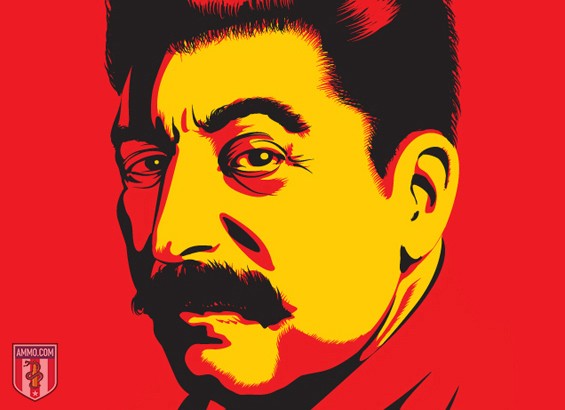 Sometimes democide is ethnically motivated, as in the Holocaust. In other cases, like Stalin’s Great Purge, having the wrong politics is enough to get one killed. In the Ottoman Empire’s persecution of its Greek and Armenian populations, religion was the motivating factor. However, in all of these cases, it’s difficult to ascertain where the political, religious and ethnic motivations begin and end.

Rather than splitting hairs, democide is a more inclusive term. Government killings tend to have mixed motivations, as religion, ethnicity and politics often overlap. And, after all, do the motivations even matter? Democide treats all mass killings at the hands of one’s government as a single crime, allowing us to better compare apples to apples.

A Brief History of the Concept of Democide

Democide might be a practice as old as time, but it reached new depths in the 20th century. This is when warfare became mechanized and, as pointed out by anarchist philosopher Hans-Hermann Hoppe, war shifted from being about property disputes over pieces of land into ideological crusades. Democracy vs. monarchy or liberalism and communism vs. fascism are great examples of this.

While the act of governments killing their own citizens is not unique to this century, the concept of democide was first formulated by Rudolph Rummel, a late professor emeritus of political science at the University of Hawaii and frequent Nobel Peace Prize nominee. He studied the political violence of the 20th century with an eye toward doing all he could to end it. In doing so, he quickly noticed that not all mass killings committed by governments fell under the heading of “genocide.” Further, as stated above, the differences between mass killing for religious, political and ethnic reasons are often difficult to separate from one another. Rummel found a far more elegant term in “democide,” which could easily refer to all of this and more.

Rummel’s conclusions were based on empirical study over a period of 15 years. He penned six books on the subject, publishing his abstracts and statistics on his website as a free resource for all to read. The major conclusions that Rummel came to were that despite their other shortcomings, Western liberal democracies excelled over all other forms of government in two major respects:

Rummel employed a broad definition of democide, which included not just lining people up and shooting them, but also deliberate neglect, intentionally poor policy or forced labor. Hence, the Holodomor, a planned famine which is widely agreed upon to have been the result of deliberate Soviet policies directed against Ukrainians, fits squarely in the camp of democide. Although he was an outspoken proponent of international liberal democracy and a critic of communism, Rummel did not support going to war for the sole purpose of replacing a dictatorship with a democracy. 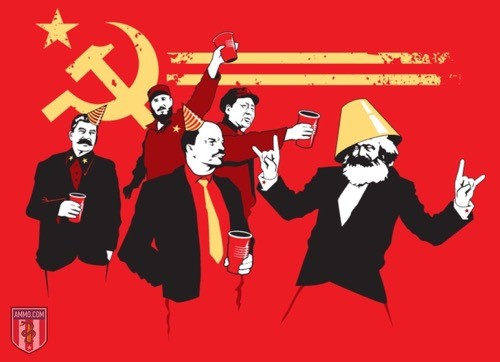 Far and away, the worst offenders in the world of democide are communist regimes. The Soviet Union, the People’s Republic of China and the Khmer Rouge in Cambodia all enter in the “million-plus” club and rank among the most democidal regimes in human history. Other forms of dictatorships, ranging from fascist to quasi-Marxist Third World nationalism, also rank high – with the autocracy of the Ottoman Empire being a relative outlier. The other major example of democide from a monarchy is the Belgian colonial authority in the Congo, which took place at the hands of a constitutional monarch (not an absolute one).

While Western liberal democracies are by no means beyond rebuke, they’re comparatively innocent when it comes to democide. What’s more, most democidal deaths at the hands of democratic powers tend to happen during times of war – such as the firebombing of Dresden. Western democracies have been known to act with undue care or even blood lust with regard to rival nations. They’re not known for wholesale mass slaughter of their own citizens or that of other nations.

While this certainly doesn’t make the victims of modern liberal democracies any less tragic, it does result in an overall body count that is much less than totalitarian regimes and military dictatorships. Incidents like the storming of the Branch Davidian compound in Waco or Ruby Ridge are noteworthy as aberrations – shocking scandals precisely because of how far they fall outside of democratic norms.

Democide: The Tale of the Tape 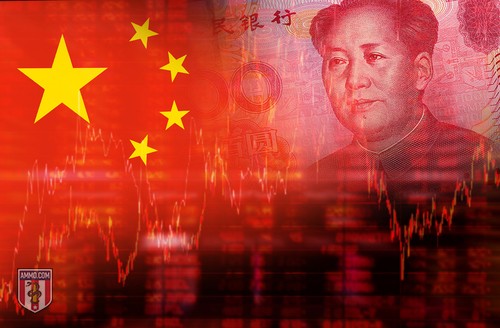 While Hitler is often the symbol of ultimate evil in human history, he only gets the bronze when it comes to democide. The worst offenders were on the other extreme of the political spectrum, with the top two spots being occupied by communist governments. So who are the most blood-soaked dictators in human history? Here’s a look by the numbers:

Though restricted by geography, democide is the leading non-natural cause of death in the 20th century. For example, while the chances of death by government in China were almost half during the 20th century, they were near zero in the United States and Canada.

Hitler, the Holocaust, and Gun Control

The link between gun control and the Holocaust is not clear-cut, despite it being a go-to example of gun control proceeding democide. In fact, the Nazi government loosened gun control for most German citizens, while restricting access to Jews.

The post-World War I Weimar Republic passed intensely strict gun control laws between the wars. In interwar Germany, gun ownership was effectively banned for private citizens. There were two reasons for this: First, post-war Germany was a hotbed of revolution and reaction, often teetering on the brink of civil war. Second, it was a form of compliance with the terms of the 1919 Versailles Treaty, which Germany signed upon surrender – requiring massive disarmament of the entire nation.

In 1928, the Weimar Republic relaxed the laws slightly with the Law on Firearms and Ammunition. This law instituted a strict firearms licensing system, while continuing to restrict gun ownership to private citizens deemed “trustworthy.”

Five years later, Hitler was elected Chancellor of Germany. In 1938, five years after his election and well into the Third Reich, the government passed a new weapons law in March of that year, which made it easier for most private German citizens (again, those deemed “trustworthy”) to obtain firearms, with one caveat – the law explicitly stated that “No (gun) permits may be given to Jews.”

While Hitler was liberalizing gun ownership restrictions in Germany for “trustworthy” citizens (and, it’s worth mentioning, to support the German weapons industry), he was also actively disarming people termed “unreliable.” In particular, Jews in Germany. Not only were Jews prohibited from owning firearms, they weren’t even allowed to work in their manufacture.

In November of 1938, Hitler’s government went one step further, prohibiting Jews from owning any kind of weapons, including swords, which were popular souvenirs of the First World War. This law came one day after the “Night of Broken Glass,” during which Nazi mobs attacked Jews and destroyed synagogues.

German Jews represented less than one percent of the overall German population, so it’s unfair to say that had the Jews been armed, they could have prevented the Holocaust. They were vastly outmanned and outgunned. The 1943 Warsaw Ghetto Uprising was mercilessly crushed, and at a time when German military resources were being drained elsewhere on two fronts.

There are a number of cases where a wave of gun confiscation and registration directly presaged a democidal outbreak, including a history of gun control and genocide. Examples of this include:

The question of democide’s relation to gun ownership becomes more complex when we look at which countries own the most guns. Arguably the nation with the longest-standing tradition of personal freedom, the United States, also has the highest rates of gun ownership. Beyond that, things start getting less clear. Switzerland, like the U.S., has a longstanding tradition of both freedom and gun ownership, though far fewer citizens have ammunition than have firearms. Finland, Norway and Sweden are other countries in the top ten classified as “Free” by Freedom House, with high levels of gun ownership, along with Uruguay. However, also in the top ten of gun ownership we find Iraq, Yemen and Saudi Arabia, all of which are rated as “not free” (the last of which has become a bit of a symbol for countries lacking in basic freedom and human rights).

The other end of the spectrum – correlating gun control with a lack of freedom – is much more clear. Most countries without much in the way of freedom also have gun control. However, no one would accuse South Korea, Japan or Ireland of being totalitarian states ripe for democide, despite the extreme difficulty of owning weapons and the near impossibility of owning handguns. While the Imperial Japanese government committed a slew of atrocities during the Second World War, it’s almost certain that no one would place a bet on them to take that up anew any time soon.

Gun confiscation is neither necessary nor sufficient for democidal atrocities. Remember the case of Nazi Germany, where some people had their gun rights restricted, but others had them expanded. However, as we can see from the above cases, removing guns from the populace also removes at least one major obstacle. Consider, as a thought experiment, the chances of the United States government exterminating the people of Coastal California (where citizens owning firearms is frowned upon) versus their chances of doing the same in Greater Appalachia. Also consider that democide against an armed population isn’t necessarily more difficult in this day and age – especially with newer military technologies like directed energy weapons.

Perhaps one thing is uncontroversial: If you don’t resist a democide, your chances of death are almost certain. And if you do choose to resist, you’ll need something sterner than rocks and empty bottles. Firearms, at the very least, provide a fighting chance against the very real possibility that your government decides your group is the next Ukrainian kulaks – or against the far more tangible threats to your daily existence, like street crime or home invasions.