How to Build a Gun Club: A Guide to Organizing and Starting Your Own Local Gun Club 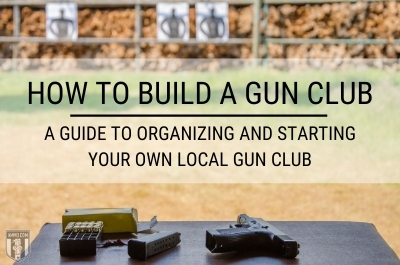 There’s never a bad time to start a gun club, but there are maybe better times than others. With an emerging global medical police state, the spectre of the most anti-Second Amendment administration in history hanging over the United States, and recurring left-wing riots, now is perhaps the ideal time to start thinking less in terms of gun rights exercised individually and more in terms of collective preparation.

Beyond even preparing for potentially disastrous scenarios, starting your own gun club is just fun. In a time when the powers that be are trying to lock us all in our homes and isolate us as much as possible, forging new social connections might be just what the doctor ordered for you. Practical considerations aside, your own gun club can offer you a kind of social outlet you might not have had since high school or time served in the military.

But saying “start a gun club” is only a good idea – it’s not practical advice. So if you have any interest in starting a gun club, this article will walk you through it. It won’t be the hardest thing you will ever do in your life and, unlike starting a gunsmithing business or some other commercial enterprise, it will likely start to pay dividends sooner rather than later.

Learn by Watching Other Gun Clubs 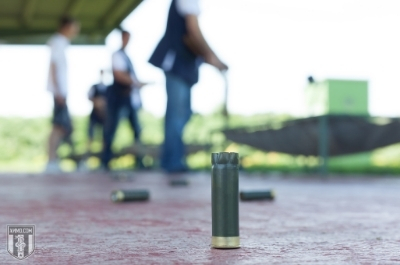 The best way you can get started with your gun club is by being a member of another one or, at the very least, observing one in action if this is impractical. Even attending a handful of meetings will give you a good idea of how these clubs operate on a weekly basis. While it’s not necessary to have any experience, even a little bit will help you to avoid potential pitfalls when organizing a new group.

You can also use the opportunity to speak to the officers of such a group and to pick their brains. What would they do differently if they had it to do over again? What mistakes did they make when they were first opening up their gun club? Do they recommend incorporating as a for-profit or a not-for-profit enterprise? Why? What are the relative advantages of each? While these are all things that you can easily research for yourself using the Internet, it’s worth talking to someone who has walked the path before you to get a sense of how they would walk it if they had it to do over again.

Another option is to find someone in your area who ran a gun club that went silent. They might be the person to speak to about why they dropped off the radar, what they would do differently and any advice, support or materials they might be able to provide you in your quest to get your gun club up and running. In some cases, it might make sense to restart this gun club if other members are interested in “getting the band back together,” because you start with a built-in community of like-minded folks.

Once you know enough to have a meaningful discussion with interested parties, it’s time to host your first meeting, which won’t be of the gun club itself. Rather you will meet with interested people, as well as members of the community who have valuable input to provide on starting and operating a gun club. Some people you should actively court for their appearance at your first meeting are:

While you don’t need to have each and every box on this list ticked, the more people from each of these you can have, the better. Chances are good that you’re going to wish you had more input, not that you have too many cooks in the kitchen. That said, as the person organizing the gun club, you will be responsible for sorting through a vast mountain of information and deciding which is best.

Typical Committees of a Gun Club 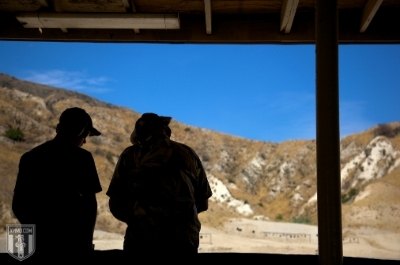 You might be the one to start the gun club, you might be elected president and you might even have an outsized share of the work. But what you will not do is run the gun club single-handedly. There is simply too much to be done. Thus the work is typically delegated to a variety of committees who are in charge of different aspects of running a gun club. When you first start out, these “committees” might simply be a chair and whoever is willing to help out. It is also likely that there will be a lot of overlap between the memberships of the various committees.

Some common committees in a gun club include:

There might be other committees that make sense for your gun club, but these are the main ones you’re going to find at basically any gun club across the country. They also provide you with a good idea of how many members you will need to operate effectively, as well as what tasks are involved in starting and maintaining a gun club.

Getting Land for Your Gun Club

Your club is going to want a place where you can do your shooting, which is going to require, at the very least, some land. But in most cases, you can’t simply buy any old plot of land and invite people over for shooting.

Before doing anything, you need to understand what the zoning laws and other town bylaws are with regard to using guns on land. But even this is not the end of your preliminary exploration. A meeting with the town planner is likely required, and he will want to conduct a survey of the community to understand how they will feel about having a gun club moving into the area. This might sound like a nuisance, but it is absolutely necessary for good community relations.

There are practical considerations to take into account from your end. For example, how many people are going to use the range at one time? Will the range be used for competition, training, recreation, or all three? Will your club open its range up to the public or will it be exclusively for members? What other uses will your facility have beyond simply being a place for people to come and shoot?

You should also consider whether or not a previously existing site wouldn’t fit your purposes. It will be significantly less expensive than constructing a new site entirely, even when one takes into account the costs associated with renovating the site to make it align with your purposes.

Zoning and planning boards are not the only government red tape that you’re going to have to deal with. As a gun range owner, your club will also have to navigate soil and water conservation requirements as well as health department standards. You will need an attorney to navigate this, and in some cases, your municipal or county government will not have anything about gun ranges on the books.

This doesn’t mean you can do whatever you like – quite the opposite. In the case that there are not existing codes and regulations for gun ranges, they will have to be drafted. This is a long and laborious process that involves public hearings, which will come with great expense to you. Your best bet is, where possible, to find a location in a municipality that has already codified the requirements for gun clubs and ranges. This way you know exactly what you are up against and which boxes you have to tick.

Ideally, several sites should be selected, inspected, investigated, and ranked according to their specific merits. Beyond simply which site you subjectively “like” the best, the main factors to consider when choosing a site to build a gun range on are:

Two of the most important ducks to have in a row before you purchase the land are a noise study and an environmental impact study. Each of these will be asked about almost immediately when you make a purchase.

Using the NRA as a Gun Club Resource 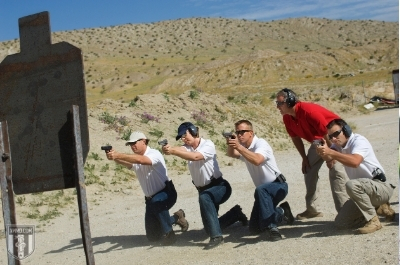 While we are certainly aware that many of our readers do not particularly care for the NRA and seek to put their Second Amendment dollars elsewhere, one does not need to see the NRA as intransigent fighters for the right to keep and bear arms to understand that affiliating your gun club with them comes with a number of benefits.

First, there is just the sheer amount of resources that the NRA has to offer you. In addition to their legislative and legal efforts, the NRA is an unparalleled source of know-how when it comes to gun safety and related issues. Particularly if your gun club plans on taking in younger members (high school age) or first-time gun owners, affiliating with the NRA gives you a ready-made source of training for your members.

Indeed, the NRA offers not just generalized gun training, but can also offer specialized introductory training for those who are interested. Examples of this include the basics of marksmanship, hunting safety courses, education in competition shooting, and even training classes that combine all of these into a single class.

The NRA also offers a brief document on how to organize a gun club. Especially for those who have no previous gun club experience, this can provide a ready-made template, a path that countless others have followed with great success when forging a gun club. At a certain point, one has to ask “why reinvent the wheel?”

Club dues are a low $35 for the whole club, but as mentioned above, three of your officers or directors must have individual NRA membership on top of this.

As we briefly touched upon above, there are a variety of benefits to affiliating your club with the NRA. These include:

Additionally, the NRA offers a number of grants to clubs that choose to affiliate with them. This includes both general funds to help get your gun club started as well as grants that can be used toward the purchase, maintenance or renovation of your club’s range. The NRA likewise puts on annual conferences about range development. The know-how available at such conferences might easily be worth the $35 you pay to affiliate with the NRA.

Related to this is the prospect of affiliating with other firearms organizations. The NRA is the main catchall gun club in the United States. However, there are a number of other organizations that are specifically tailored to one aspect of shooting or another. These include USA Shooting, Civilian Marksmanship Program, the American Legion, and many other organizations. If your gun club is organized around a high school or local college, there are likewise organizations that will help you to navigate the specific challenges that come along with that.

Get the Ball Rolling on Your Gun Club

The most important step in getting your gun club organized is simply asking around and seeing who you know that is not only interested in membership, but also in getting your club off the ground. This requires a much higher level of commitment than just general membership or even becoming a director or officer in an already established gun club.

If you’re the prime mover, you’re likely going to have to do a lot of legwork that other people who aren’t as committed won’t or can’t do. Still, once you get the club set up, it’s not so much that it will go on autopilot as most of the heavy lifting will have been done. At this point, you can rest on your laurels a little bit, enjoying the company and range time that comes along with being a gun club member.