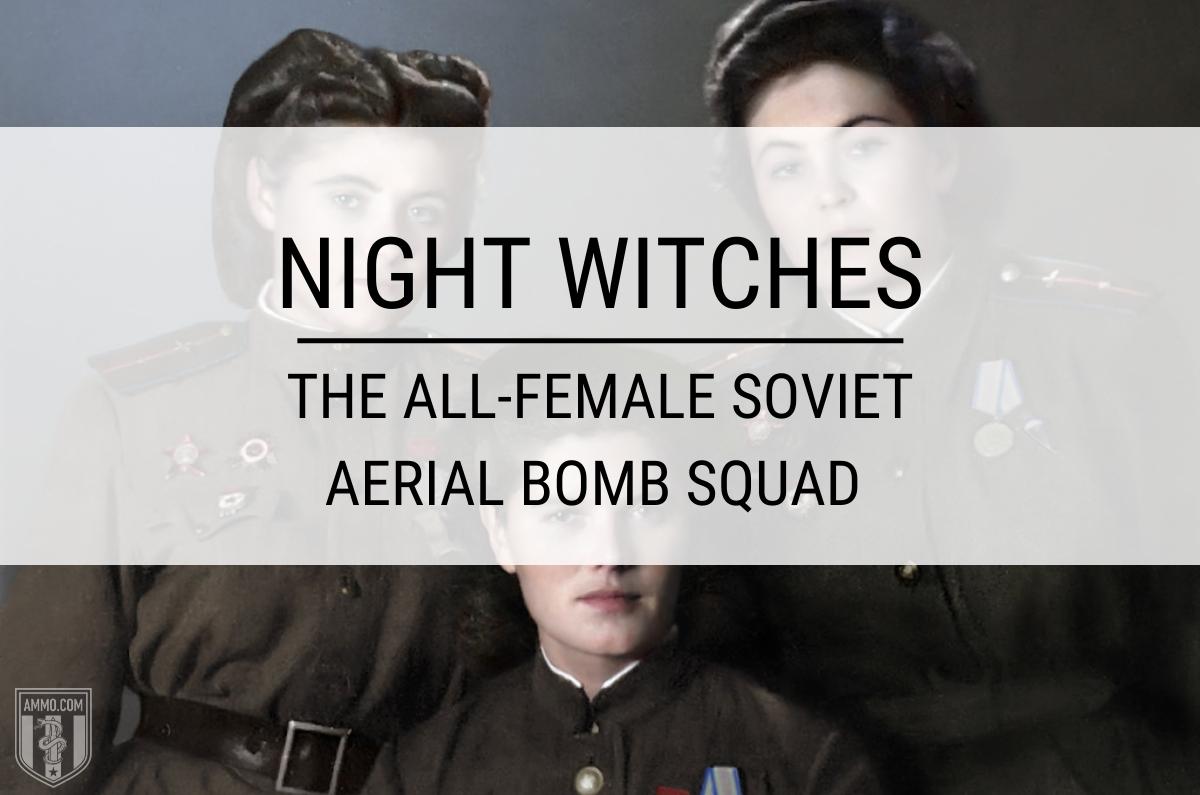 The name alone would strike terror into the heart of even the most battle-hardened German soldier: The Night Witches. Named for the sound of their rudimentary, plywood biplanes as they cruised slowly overhead at low altitude dropping bombs, the Night Witches were the all-volunteer, all-female air raid squad that the Soviets deployed against the Third Reich.

The spooky “whoosh” as they circled overhead reminded the German troops of women sweeping. The association with a broom led to them calling these night-time raiders “Nachthexen” – Night Witches.

A term of derision for the Nazis, a badge of honor for the women of the Soviet Union’s all-female bomb squad.

The Night Witches were so hated by the powers that be in Berlin that anyone who could down one of their crop dusters was awarded the prestigious Iron Cross award.

But who were these brave women who battled against the Nazi Luftwaffe in the freezing cold of the Eastern Front?

The Mother of the Night Witches

The Soviet Union might have been Communist, but its military was decidedly unwoke. Women were allowed but were not used in combat positions. However, the necessities of the Second World War forced the Soviets to broaden their horizons.

If anyone can be said to be the “mother” of the Night Witches, it is Marina Raskova. Raskova was a Major in the Red Army, and a personal confidant of Soviet dictator Joseph Stalin. Raskova also held the distinction of being the Soviet Amelia Earhart, with vast and prominent aviation experience. Raskova originally wanted to be an opera singer, but a sense of Soviet patriotism led her to become one of the most accomplished military instructors in the nation’s history.

Women across the Soviet Union had been contacting Raskova, itching for a way to get into the fight. It was personal for many of these women as most of them had lost sons, husbands, brothers, and boyfriends. They had seen their villages and towns sacked by the invading Nazi troops, and they were no longer content to serve only in support roles. This was the backdrop when Raskova personally approached Stalin about creating all-female units under her command.

Her timing was impeccable. The Soviet Union were in the midst of fighting back Hitler’s Operation Barbarossa, the massive land invasion of the Communist nation. Casualties were high and the Red Army was stretched to a breaking point. Moscow and Leningrad were threatened. Raskova used her connections in the Soviet bureaucracy to authorize the creation of all-female combat units that would help in the efforts against the Nazis. 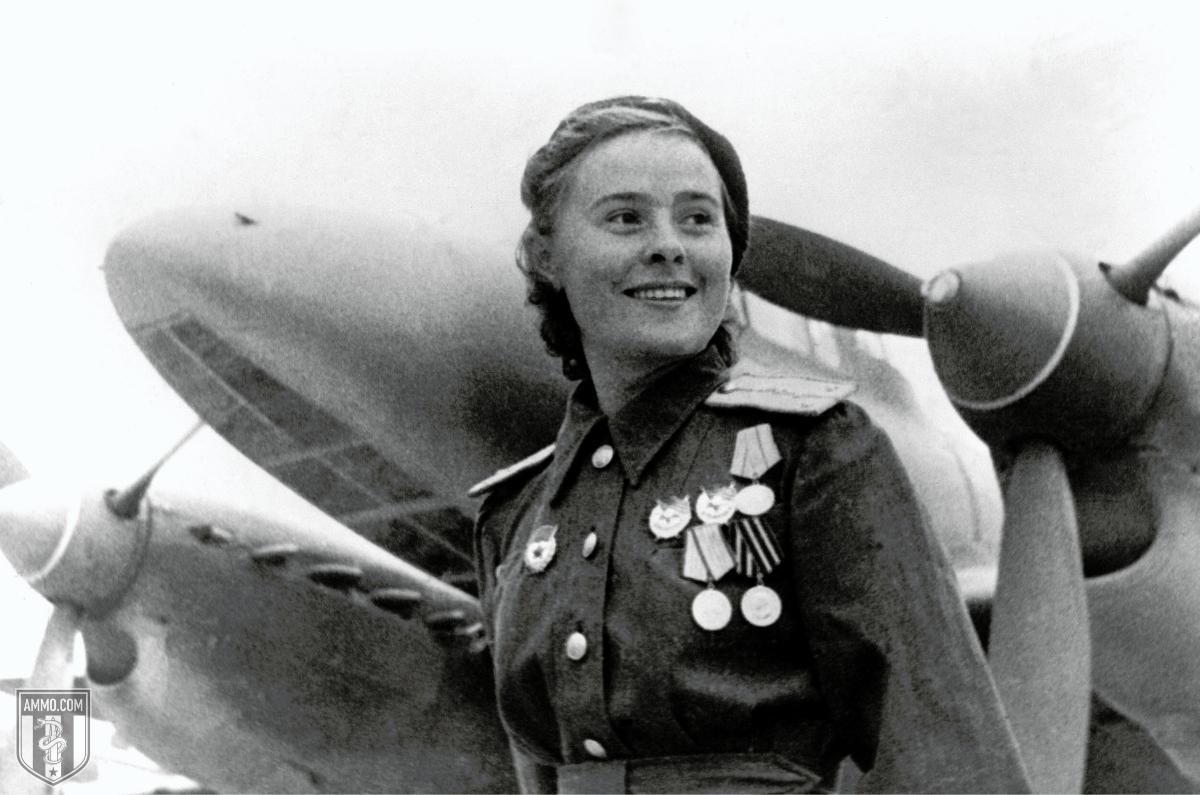 The Night Witches Are Born

She found no shortage of volunteers. All told, over 2,000 Soviet women volunteered for service in the Night Witches. Raskova was forced to pare down this list to 400. Most were students prior to enlisting, with all volunteers between the ages of 17 and 26. They were given a crash course at the Engels School of Aviation, picking up in a matter of months what their male counterparts often took years to learn.

The Night Witches were one of three regiments Raskova was able to obtain permission for. Their official designation was the 588th Night Bomber Regiment, known later as the 46th "Taman" Guards Night Bomber Aviation Regiment. They flew both harassment and precision missions, dropping 3,000 tons of bombs spread out over 26,000 shells. They also air dropped food and other supplies to Soviet troops on 154 occasions. The unit was composed mostly of 40 2-person crews. The other two units eventually became co-ed.

The entire unit was female, including the ground crew and support staff. Aviation was actually a rather popular pastime in the Soviet Union and there was no shortage of woman pilots to fill the seats of the Night Witches.

The Brooms of the Night Witches

To call the craft “rudimentary” is to do these women a disservice. The Night Witches flew wildly outdated pieces of aviation equipment, constructed from plywood and canvas. There was no cover from the elements, meaning that these women conducted their missions in snow and freezing rain. Navigation equipment would have been too heavy, so the women got around using maps and flashlights.

However, this actually provided the Night Witches with two distinct advantages: First, their crafts were too small to pick up using the surveillance technology of that time. Second, their top cruising speed (90 miles per hour) was slower than most fighter planes idle speed, which made them paradoxically more maneuverable and harder to take down. The main downside was that tracer rounds would engulf the wooden craft in flames.

The only warning they gave was the sound, the eerie “whoooooosh” of Night Witches on broomsticks, looking for the right place to drop death from the sky.

This sound was created, like much of the Night Witches mystique, out of necessity. As part of their evasion tactics over heavily guarded facilities, the Night Witches would kill their engines over the intended target. The only sound left coming from the plane was a near silent “whoosh” noise of air traveling through the struts of their old crop duster planes.

So capable were the women at avoiding detection in the air that Steve Prowse, who wrote the screenplay The Night Witches, wrote that “they were basically ghosts.” Indeed, it was this undetectable quality that gave them a mysterious and supernatural air, which aided their efforts by creating fear and anxiety in the enemy. 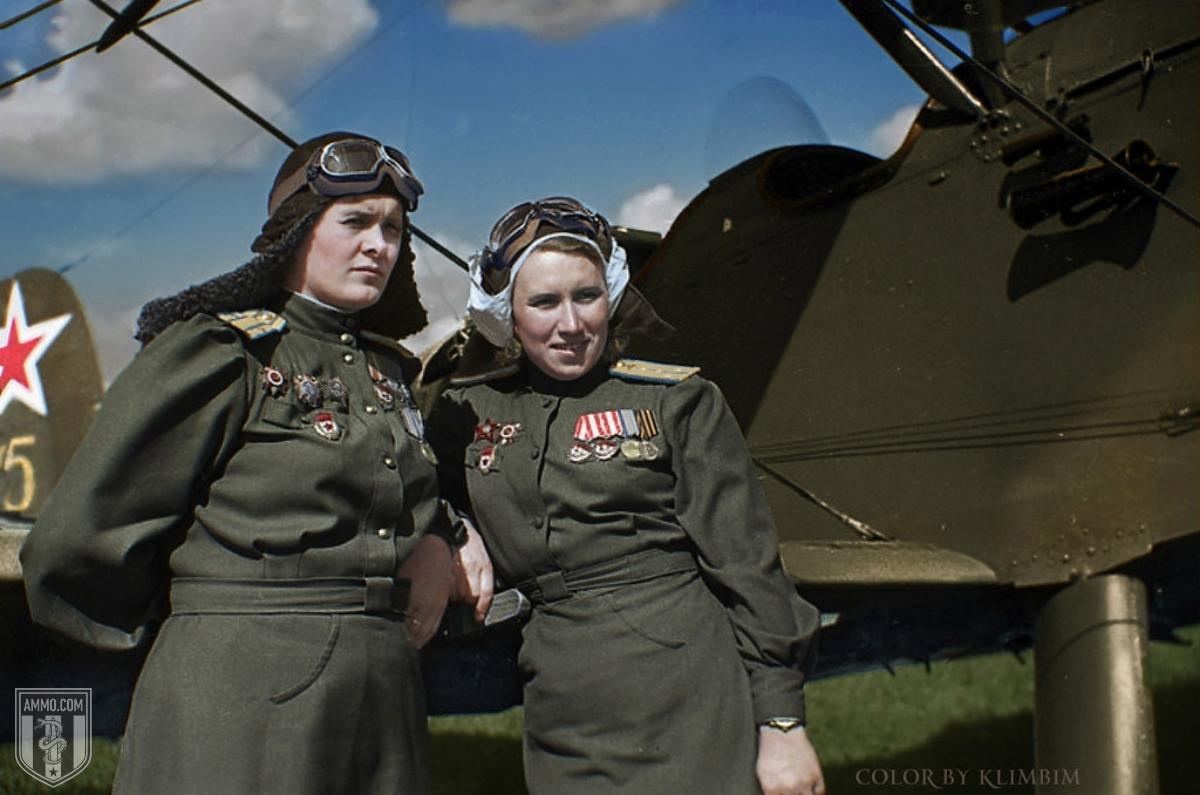 The Terror of the Night Witches

The German concocted theories about where these fierce female bombers were pulled from. Prevailing theories were that they were criminals who had been sent to the front as punishment or that they were chemically altered supersoldiers who had received injections enabling them to see in the dark.

The Night Witches had another psychological effect on the German soldiers: Because the women could only fly their missions at night, the soldiers on the ground weren’t getting a lot of sleep.

Raskova’s corps was composed entirely of volunteers, nearly all of whom were teenagers or in their early 20s. Their wood-and-canvas planes were Polikarpov U-2 biplanes, designed in 1928 for training and crop dusting. It remains to this day the most produced wooden-framed biplane in history. The planes had a payload of about 770 pounds, which meant that the Night Witches often had to fly between eight and 18 missions per night, as the planes could only carry two bombs at a time. After delivering their payload, they went and reloaded and refueled. The women often returned with bullet-riddled airplanes.

The Night Witches only flew at night because of the payload – the weight of the bombs forced the Night Witches to fly so low that they could only run their missions at night to avoid detection.

It wasn’t just the planes that left something to be desired. This all-female unit was not taken kindly to by the rest of the Soviet military. As such, the rest of their equipment tended to be subpar, with the best saved for the main military comprised of men.

Uniforms, including shoes, were hand me downs. They did their work without radios or guns, repurposing items like pencils into eyeliner. The women didn’t even have parachutes prior to 1944. They did, however, have one advantage over their male counterparts – the female units received a larger ration of soap. 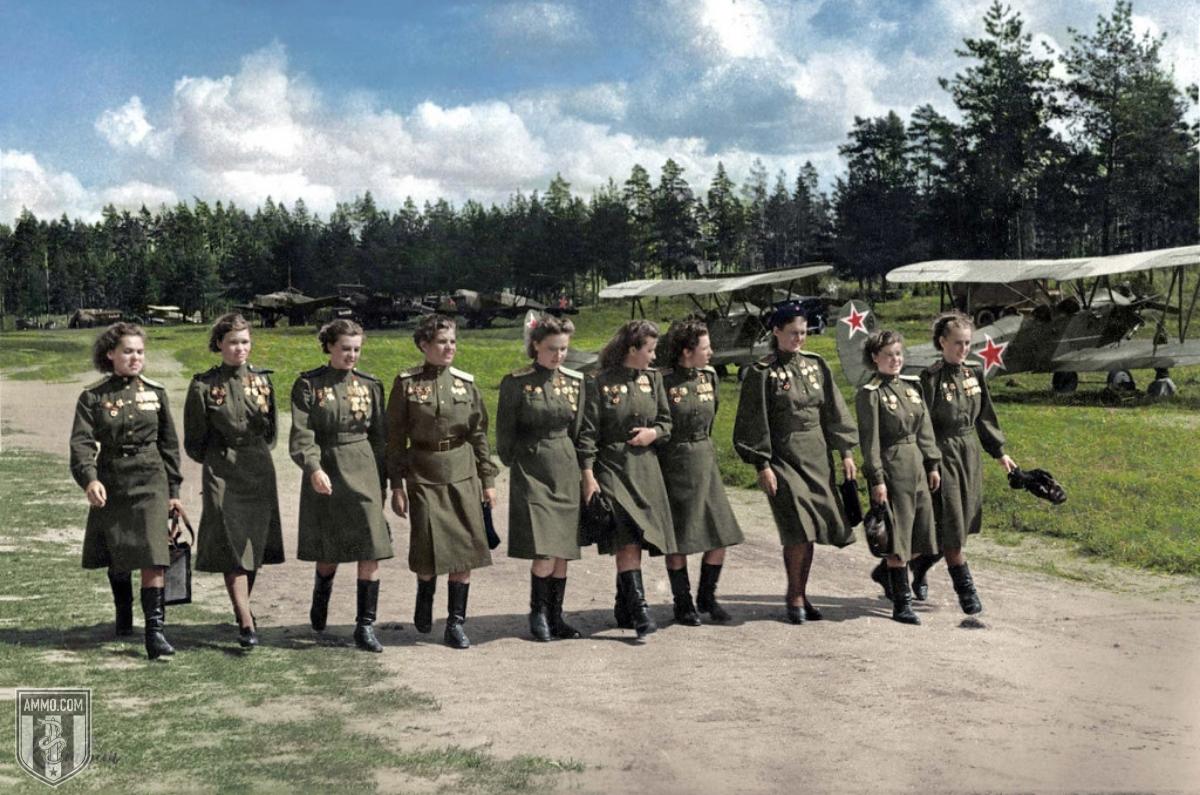 All told, 261 women served in the regiment. Of these, 32 died in service due to air combat, crashes and tuberculosis. Of their rudimentary aircraft, 28 were written off. They also were host to 23 recipients of the Hero of the Soviet Union (over a quarter of all female recipients), the highest award offered in that nation. Two received Hero of the Russian Federation awards, with one receiving the Hero of Kazakhstan award.

Because they were instructed to fire back when attacked, the Night Witches were the first female combat troops in modern human history. During their downtime, the women were known to occupy themselves with knitting, decorating their planes, and dancing. On their final flight, May 4, 1945, they were a mere 37 miles from Berlin, a long way from praying to save Stalingrad from the invading German armies.

Marina Raskova died, along with the rest of her crew, on January 4, 1943 when she was forced to make an emergency landing on the banks of the Volga River. Raskova received the first state funeral of the war. Her ashes currently reside at the Kremlin Wall Necropolis next to fellow famed Soviet aviator Polina Osipenko, who was once her copilot.

Despite being the most decorated unit of the war, the Night Witches were disbanded within six months of the War’s end. They were not included in victory parades, because the powers that be decided that their planes were too slow.

After the War, women were taken out of combat roles in the Soviet military and the legacy of the Night Witches was largely forgotten. Kate Quinn’s novel, The Huntress, brought this incredible story back to attention, with great public attention to the exploits of the Night Witches following its publication.

The Night Witches were the first all-female combat unit in modern world history. This is their story.