Witold Pilecki: The Inspiring Story of the Polish Spy Who Led a Resistance Against the Nazis 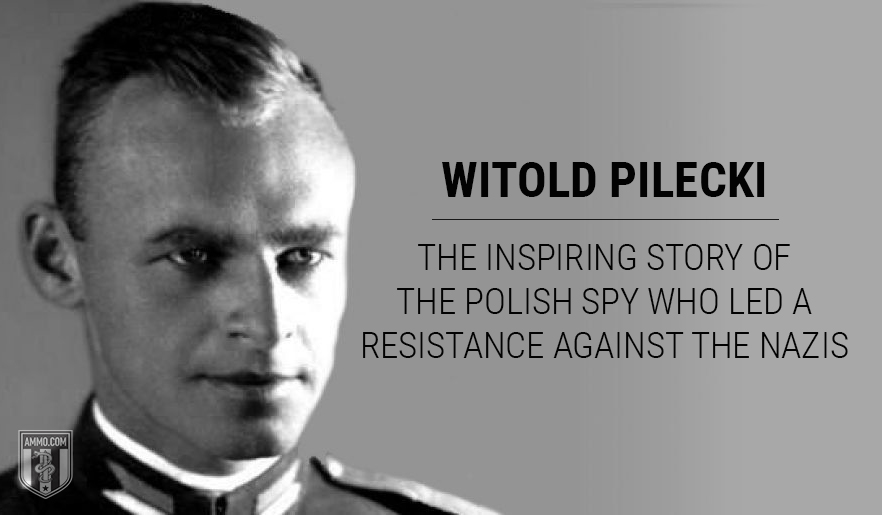 Like many of the heroes of the Warsaw Uprising, nearly no one in the Anglosphere has ever heard of Witold Pilecki, a deeply Catholic member of the Polish resistance.

When we speak of resistance against the Nazis by occupied nations, we speak almost exclusively of the French and sometimes of the Dutch. Rarely mentioned are the Poles, despite the fact that they had a functioning government in exile coordinating with an underground government on the ground with its own military arm, the Polish Home Army.

As part of his duties in the Polish Home Army, Pilecki volunteered for service as a prisoner in Auschwitz so that he could gather intelligence. This made him one of the first people to report on Nazi atrocities during World War II.

Unfortunately, like many others, he picked the wrong side of the coin in Eastern Europe, backing the liberal-democratic government of Poland against the Communist government backed in Moscow. This meant that much of his heroism was unknown until the 1990s, after the fall of Communism and the release of documents that had been suppressed by the Communists for decades.

The Early Life of Witold Pilecki

Pilecki was born in Olonet in Karelia, in what was then the Russian Empire. The town is currently a part of the modern-day Russian Federation. Geography aside, Pilecki’s family were members of the Polish landed gentry before it was dismantled by the Tsar and committed Polish nationalists. In fact, his grandfather had been a supporter of the January Uprising, which was defeated and crushed by the Tsar in June of 1864. Because of this, he had his titles revoked and his land confiscated.

After this he was exiled to Siberia for seven years. Upon release, the entire family was forcibly resettled in Karelia.

When the Russian Revolution broke out, Pilecki moved on to Vilnius, where he joined the Self-Defence of Lithuania and Belarus, a paramilitary group formed in the newly reconstituted Poland. Despite the name, the force was largely composed of Poles, who have an intertwined history with Lithuanians and Belarussians. He participated in disarming German troops and using their weapons against the advancing Red Army.

Once the city fell to the Bolsheviks in January 1919, Pilecki and his remaining men resorted to guerrilla tactics behind enemy lines. They then retreated into Białystok, where Pilecki enlisted as a private in the new Polish Army. It was here that he continued the fight against the Red Terror during the Polish-Soviet War of 1919 through 1921. He took part in the Kiev Offensive as well as the decisive Battle of Warsaw, which largely halted the further spread of Communism into Eastern Europe for a generation. He was also a veteran of the Polish–Lithuanian War around the same time.

At the end of the Polish-Soviet War he was moved into the reserves, where he completed his secondary education as well as received officer training after the war was over. In September 1926, he became a man in a sense – receiving the title to his family’s ancestral estate, Sukurcze. The property had been badly damaged during the First World War, but he spent his time repairing and modernizing it.

During this period he built a reputation as a leader of his community, an amateur painter and a social worker. In 1938, this earned him the Silver Cross of Merit.

Nearly everyone knows how the European Theater of World War II began: With the Nazi invasion of Poland. When it happened, Pilecki was on the front lines. He was mobilized on the day the war began, August 26, 1939. Pilecki was more than a little effective as a commanding officer. The unit under his command destroyed seven German tanks, shot down one aircraft, and destroyed two more after they had been grounded.

The Soviets soon invaded from the east as part of the Molotov-Ribbentrop Pact. Those who did not surrender became partisans.

Along with his commander, Major Włodarkiewicz, he founded the Secret Polish Army (Tajna Armia Polska), which was one of the first underground resistance organizations in Poland. Major Włodarkiewicz was the commanding officer while Pilecki was more in charge of organization and outreach. His cover story was that he was the manager of a cosmetics warehouse.

There were soon tensions between the two. Major Włodarkiewicz increasingly saw Poland’s capitulation as a result of its secular foundation and began moving more and more toward anti-Semitic views, even publishing them in the movement’s newspaper. The Major was even in unity talks with Polish nationalist groups, who had promised the Nazis a pliant puppet government in Warsaw.

Pilecki communicated with the leader of the other main resistance group, the Union of Armed Struggle, a more moderate organization in closer contact with the Polish government in exile. While Pilecki and the Major ultimately fell out, the two groups eventually united. It was then that Pilecki was “nominated” to be the man to go to Auschwitz. Pilecki believed this to be a punishment for his disobedience to the Major, but went anyway. 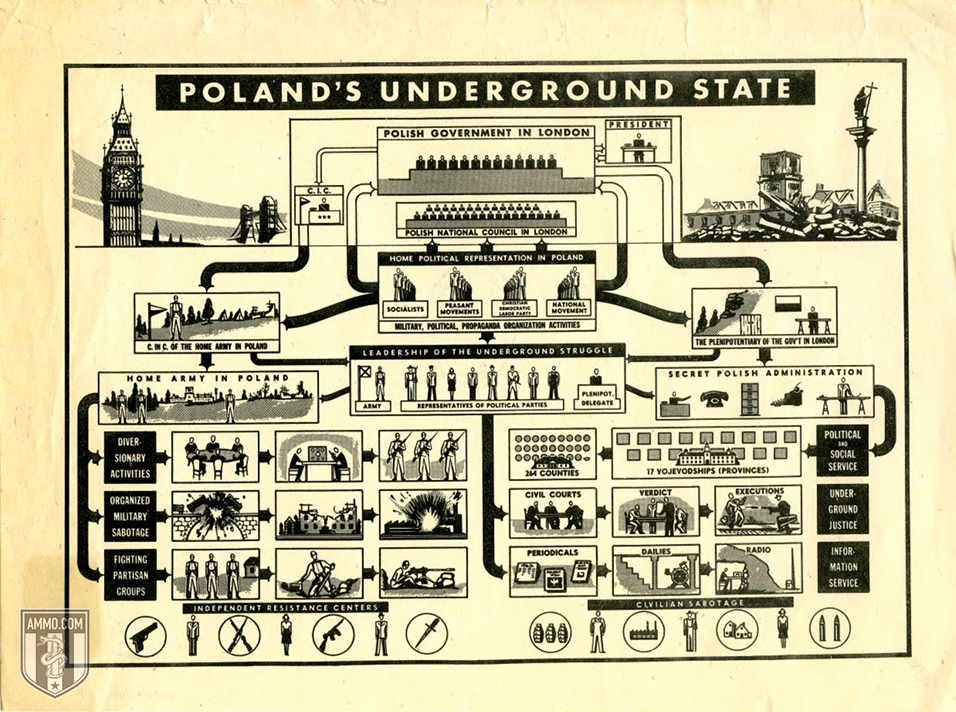 In 1940, Pilecki delivered to his superiors his plan to enter the German concentration camp at Auschwitz. This camp is almost synonymous with the cruelty of the Nazi regime. His mission was to gather intelligence about the camp and also to organize the resistance on the inside. It was an almost unthinkably brave action on his part – one that he was not required to do, but felt that he should do just the same.

At this time, few, if any, knew exactly what was going on inside the camps. People thought they were largely prison camps at the time, and did not know that they were death camps. He was given a false identity and rounded up by the Germans on September 19, 1940, along with 2,000 other civilians, including the future Polish Minister of Foreign Affairs, Władysław Bartoszewski. He was detained for two days before being sent on to the camp.

While he was there, he organized the Union of Military Organizations, which would quickly become an umbrella organization for all of the resistance organizations in the camp. The organization served to improve morale, distribute resources, gather intelligence, and plan for rebellion inside the camp. It was able to provide British intelligence as well as the Polish underground with significant and important intel about the camps. Indeed, Pilecki’s reports via a smuggled-in radio formed the basis of Allied intelligence about what was going on inside the camps, as well as the first reports of Nazi atrocities.

He broke out of the camp on the night of April 26, 1943, with two other members of the Union, with stolen German documents in tow. Eventually they reached a safe house coincidentally owned by the man whose identity Pilecki had assumed to get into the camp.

Once outside, he worked with both anti-Communist organizations as well as Polish groups dedicated to protecting Jews within Poland.

The next major chapter in Pilecki’s life came with the Warsaw Uprising. This was the largest military operation undertaken by underground resistance forces during the Second World War. When it broke out on August 1, 1944, Pilecki volunteered for service with a Polish Home Army unit fighting in the rebellion.

The Warsaw Uprising is a distinct event from the Warsaw Ghetto Uprising. The latter impacted only the area around the Warsaw Ghetto and took place from April 19, 1943, until being crushed on May 16 of that year. Rather than an act designed to defeat the Nazis, it was, instead, in the words of the only surviving commander Marek Edelman, designed "to pick the time and place of our deaths."

The Warsaw Uprising was meant to aid the advancing Soviet Army by effectively harassing and distracting the retreating German Army. Pilecki fought under an assumed identity and only broke his cover when many of the other commanding officers were killed, requiring him to assume command. He was known by the name “Captain Roman” during this time. After the surrender of the Uprising, he stashed weapons for future resistance and was held in a German prison camp until it was liberated by American troops in April 1945.

Pilecki After the War

Needless to say, the Communist government of Poland was not a big fan of the religiously motivated Pilecki. Immediately after the war he worked in Polish military intelligence in Italy, but was ordered back to Poland as relations between the two competing governments of Poland – the democratic government-in-exile and the Communist-backed “forces of national liberation” – broke down.

Pilecki was critical of the Kielce pogrom, a government-backed attack on Polish Jews that left 37 dead. There is some evidence that this pogrom was initiated and instigated by Communist forces in the country to discredit the official government.

The Ministry of Public Security arrested Pilecki on May 8, 1947. He was tortured by some of the most brutal men in the Polish security apparatus, but revealed no sensitive information. His show trial occurred in March 1948. The charges were illegal border crossing, failure to enlist in the military, illegally carrying arms, the use of forged documents, espionage, and conspiring to assassinate Polish officials. He denied espionage and assassination charges, but pleaded guilty to the rest.

When it was announced that he would receive the death penalty, Pilecki said, “I've been trying to live my life so that in the hour of my death I would rather feel joy, than fear.”

The story of Witold Pilecki was largely hidden from the Polish people throughout the Communist Era. However, his report is one of the first and most detailed reports of life within the Nazi death camps – including data about “Selektion,” the gas chambers and sterilization experiments within the camps.

Pilecki is an inspiring example to anyone because of his habit of running toward danger rather than away from it. And to think, if the Communist government of Poland had its way, we would have never known about his enormous bravery and incredible sacrifice. It was only the Fall of Communism that gave us a chance to hear his story, which the world is much better off for knowing.