Wildcat Cartridges: A Guide to Wildcatting and Customized Rounds 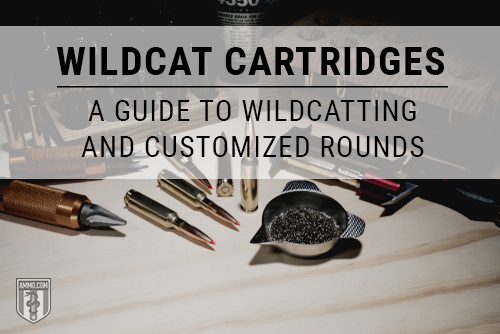 Wildcat cartridges, sometimes referred to as simply “wildcats,” are custom-designed cartridges – meaning they are not mass produced, but instead made by individual shooters. The purpose of a wildcat is the cultivation of some attribute not sufficiently present in a commercially available round. Wildcats aren’t great for law enforcement or military purposes, but they are great for hardcore shooting aficionados, handloaders looking to take things to the next level, and gunsmiths who want to homebrew ammunition for their homebrew weapons.

The number of ways that a round can be wildcatted is theoretically endless, as there are thousands of wildcat cartridges created and available for gunsmiths and handloaders with a “can do” attitude. A wildcat round could be built from scratch from the ground up, but most are commercially modified. The equipment for reloaders and gunsmithing can frequently be found through the same distributors, which is another reason why shooters who are into one are frequently into the other. The wildcatting hobby is, unsurprisingly, concentrated in the United States.

A Brief History of Wildcat Cartridges

The term “wildcat” is derived from the same source as the other meaning of the term – a labor strike not authorized by the union brass. Wildcatting probably began after the American Civil War, when the .30-06 was considered by most shooters to be the only round that a hunter was going to need. American ingenuity and innovation, however, quickly decided that something more could be made out of the materials at hand.

In the late 1800s, Charles Newton was perhaps the first American to leave his profession (in his case, law) out of a desire to spend all of his time wildcatting. Along the way, he developed a number of rounds that became indispensable for shooters of his era. He tuned the .30-06 into the .25 Special and 7mm, which were the raw materials that crafted the 25-06 and .280 Remington. Newton wanted to build rifles more than anything, but circumstances beyond his control eventually shut down his business. In the end, he was the man who lit the fire of wildcatting in the United States – and many were more than willing to pick up where he left off.

Some of the first names to follow in his wake are legends among wildcatters in the know. These are names like Harvey Donaldson, J.E. Gebby, Grosvenor Wotkyns, John Sweaney and J.B. Smith. By the 1940s, Parker “P.O.” Ackley changed the wildcatting game by making small adjustments to rounds that greatly improved their overall performance. The most famous of this era, though, was Roy Weatherby, the son of Kansas sharecroppers.

Roy was earning $200 a week at the Automobile Club of Southern California in San Diego, which was a seriously solid wage back in those days. When the shop was closed, however, he used a lathe and a drill press purchased at Sears to make his own homebrew ammunition. Among these was the .220 Rocket, built off of a Swift parent cartridge.

Wildcatting developed as a way for the amateur shooter to tailor rounds for their individual purposes. This was commonly to comply with caliber or bullet weight permitting regulations for specific game, though performance also drove the rise of wildcatting. Metallic silhouette shooting is a popular field for wildcatters, as many competitors seek to adapt rifle rounds they can fire through their pistols. Autopistol hunters and competitors have also used wildcatting as a means to improve feeding.

In the last 30 years, wildcatting has taken off as a common man’s hobby – resulting in a lot of great, innovative rounds as well as many that are not so great. At the end of the day, it’s the chase for a better round that matters.

Each of these methods requires a different set of equipment to execute, so don’t think that because you can do one you can do them all. Some companies catering to the hobby offer special dies designed specifically for the purpose of making wildcatting easier. Even if you’re looking to wildcat an unusual round, these companies generally have these dies available for special order. What’s more, some are very simple, albeit powerful, while others take extensive training and have a very small margin of error. As with any hand reloading, be very careful and err on the side of caution. If you don’t know what you’re doing, you'll end up learning the hard way. 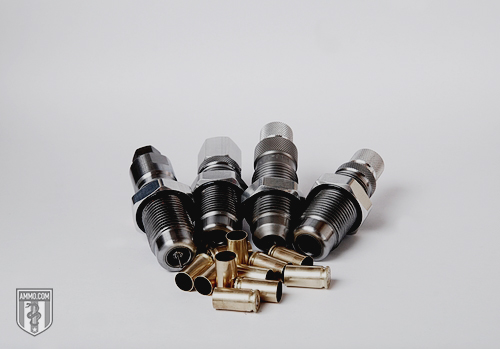 It makes sense once you hear it, but it might surprise you to find out that there are more wildcat calibers than there are commercially available rounds on the market. To make a list of all the wildcat cartridges of the world would be a book, not an article. However, there are some wildcat cartridges that are representative of the field in general and are worth mentioning:

Wildcatting Around the World

Wildcatting is most popular in the United States, which isn’t surprising considering the gun culture and degree of gun freedom in the U.S. However, there is one other country where the hobby of wildcatting ammunition is relatively common: Australia. While gun grabbers were mostly successful in eliminating private firearms ownership in Australia, gun ownership was not completely eliminated. Wildcatting still persists, albeit in an extremely niche circle of die-hard participants.

One of the cool things about wildcat cartridges is that they tend to be regional in nature. What works for hunting local varmints in South Carolina might be useless in Australia – where wildcatting is generally used for making better hunting rounds for game like deer and kangaroo. Nearly every Australian wildcatter is operating off of the .303 British round, thanks to the widespread availability and popularity of these after the Second World War. What’s more, there is an abundance of inexpensive Australian Lee–Enfield MkIII military rifles capable of firing them. Surplus rifles are often re-barrelled into .257 caliber, also known as the 303-25.

Wildcat Rounds on the Commercial Market 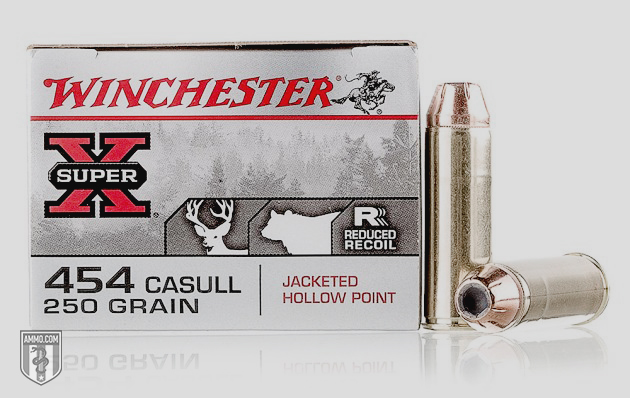 Some wildcat cartridges are so good that the market can’t help but pick them up and start making them on their own. Typically, this requires a commercial weapon manufacturer to make a firearm with a chamber to accommodate the round. This can be a tipping point for a wildcat cartridge. Word spreads that the round is ideal for some purpose, then a company begins manufacturing an appropriate firearm, then the cartridge is effectively no longer a wildcat round, but a standard commercial round.

Some former wildcat cartridges that became standard commercial rounds include:

How to Get Started With Wildcatting 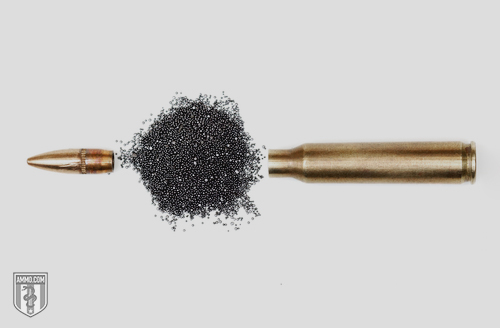 You’ll likely need to read several books before fully understanding how to make the best wildcat cartridges in your home. However, we can give you some information so that you can decide whether or not wildcatting is something you want to learn more about and pursue further.

The first question is whether you want to start making wildcat rounds of someone else’s development or if you want to start coming up with your own improvements. The latter is a far more involved task and one that requires gunsmithing know-how if you ever want to actually fire the rounds – not to mention, you’re going to have to accept trial and error as part of the process. If you’re just making something someone else has already developed, you’re going to have a much easier time.

The good news is that there are programs that provide theoretical outcomes of potential rounds. Two of these programs are QuickDesign and QuickLOAD – programs used by wildcatters to see what their rounds are going to do when fired in the real world. This allows you to get a look into what your dream round will perform – or not perform. An example of how programs like this can save you time and money, is that they allow you to make crucial changes in your experimental ammunition before you start actually making the rounds. This also provides a safer way of checking to see if your pet design is actually going to work when fired.

Most of the equipment needed for wildcatting is the same as what you need for reloading. Anything you need beyond that depends on what kind of ammunition you want to make and what processes you want to use to make your rounds. You may need additional equipment, but your hand-reloading gear will have you off to a good start.

Is Wildcat Ammo Worth It?

This is one of the big questions you’ll run into early on, and the answer is mostly a function of two other questions: First, do you absolutely need (or at least really, really want) the features provided by your customized ammunition? And second, do you enjoy the process?

Both of these questions will provide you with the answer to whether or not you’re better off just buying wildcat ammunition from a small provider or skipping it altogether and just using standard, commercially available rounds.

Don’t look at the hobby of wildcatting as a way to save money, or you’ll likely find yourself frustrated. Instead, look at it as a way to spend more time enjoying your firearms hobby, while getting a better feel for the ammunition you use. When approaching wildcatting this way, the frustration will become part of the fun. At the end of the day, the best part about wildcatting might not be improved ammunition, but rather what you learn about something you already love.