Looking for Berdan-primed ammo? See what we have in-stock: Berdan-Primed Ammo Search » 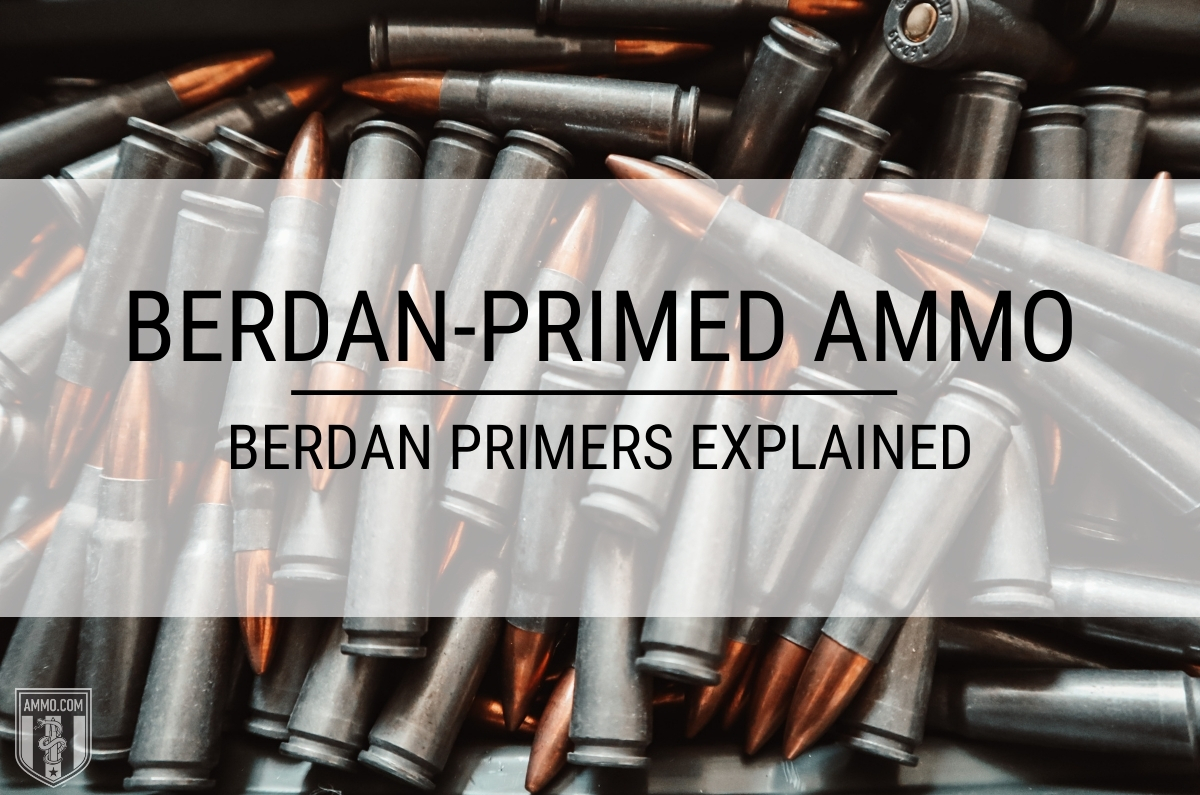 Commonly referred to as “non-U.S.” ammunition (due to the U.S. leaning heavily toward Boxer-primed ammo), Berdan primers are often used in other countries around the world. But that doesn't take away from their significance within the ammo industry.

The biggest issue this ammunition faces in the U.S. is reloading Berdan primers. Berdan primers are difficult, time-consuming and require special tools to be able to reload. They can also be hard to come by in the U.S., and require specific ordering in many cases. Boxer primers are relatively simple in comparison, and are the preferred choice among shooting ranges, sporting events, law-enforcement and the military.

The Berdan primer features the anvil (with two or three tiny flash holes) as part of the primer pocket of the cartridge, while the Boxer has the anvil (with only one flash hole) built directly into the primer cup. This makes Berdan primers easy to manufacture because they are tiny empty cylinders that can be punched out of various metals, allowing the priming compounds to be placed inside afterwards. These also offer a variety of sizes for very specific uses. The experts at Ammo.com put together a comprehensive analysis on the differences between Boxer-primed and Berdan-primed ammunition.

The short answer is: it depends! It is safe to assume that any American-made ammo produced after 1952 should be non-corrosive.

Berdan primers were initially developed off the 19th century designed percussion cap. The primary issue with the percussion cap was the primer compound that was used: mercury fulminate.

Although mercury fulminate had no issues igniting black powder (which can be ignited by even a small amount of static electricity), smokeless powder provided some new challenges for both primer designs. Mercury fulminate will decompose when in storage, reducing its efficacy over time to the point that the primer lacked the thermal energy required to ignite the propellant.

The reduction in thermal energy of a primer can cause a myriad of issues starting with hang fires (you pull the trigger, get a click, and then the bang comes later) all the way to complete misfires (click but no bang).

The next iteration of primer chemistry was developed by Frankford Arsenal when they proposed the FA-70 primer. FA-70 primers use a mixture of chemicals with nasty names that would make a California warning label look like the Magna Carta; however, the primary problem with these primers was the use of potassium chlorate.

Potassium chlorate is hygroscopic (which is a fancy chemistry term that means it attracts water). This means that the potassium chlorate left inside the bore would attract water and cause the barrel to rust rapidly. These are more commonly known as corrosive primers. 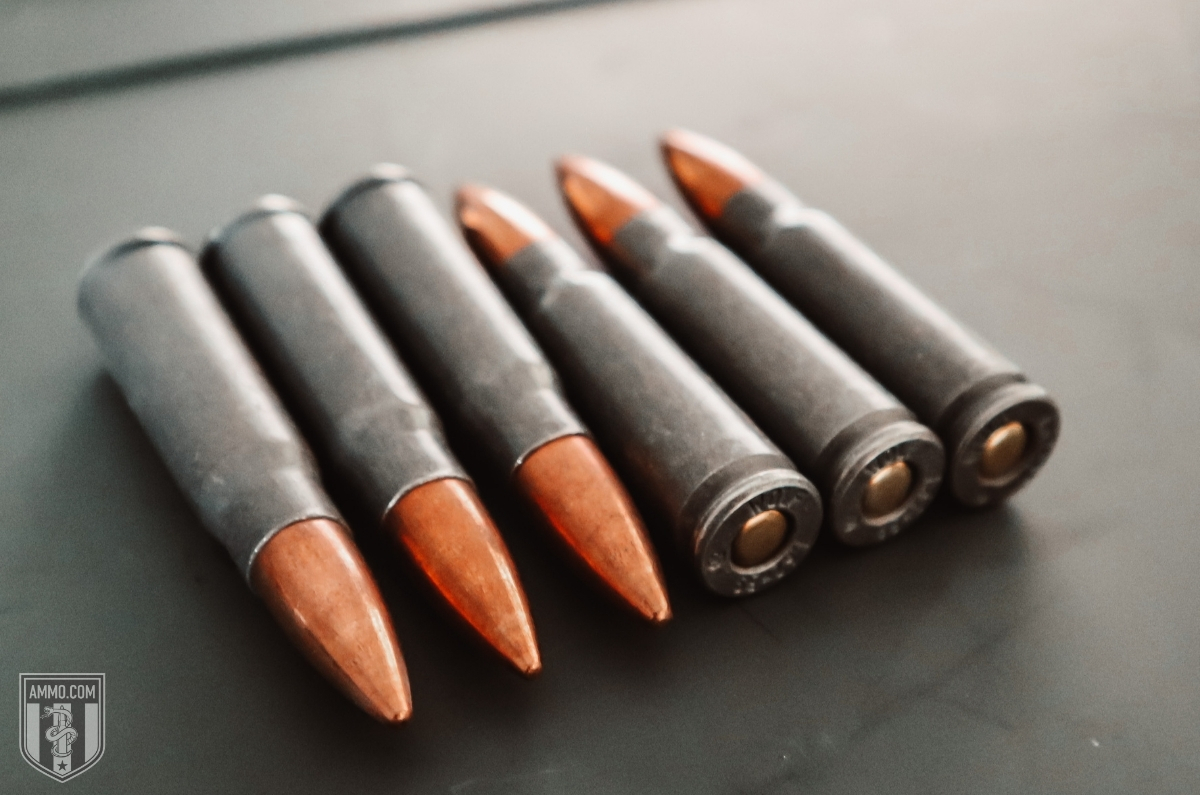 With the adoption of the 7.62x51mm NATO cartridge by the US military in the 1950’s, a new standard for non-corrosive primers was established. Picatinny Arsenal produced the PA-101 primer that has since been the gold standard for most all civilian and military primers since its adoption.

The vast majority of corrosive primers that can be found on the market today are going to be from overseas manufacturers and will be Berdan Primed.

Here's a quick guide to determine if you have corrosive ammo on your hands:

There's no reason why you can't shoot corrosive ammo through your guns (though I'd not recommend it in and semiautomatic) but an extremely thorough cleaning IMMEDIATELY after shooting is required to ensure that your barrel and bolt don't become rust magnets.

Berdan primed ammunition is still common around the world, and works just as well as Boxer-primed. Keep in mind that the accuracy of the round and the velocity of the bullet is comparable no matter what the primer – this feature is more dependent on the powder.

Aluminum-cased cartridges are often Berdan-primed because they are not intended to be reloaded. It also shaves a little off the cost, making them a very affordable single-use round. These are a great low-cost choice for hunting, practicing or simply shooting on your property. If you’re not worried about reloading your brass and you shoot often, this is a good choice that can save you money over time.

Some older types of Berdan primer cases had issues with corrosion, but not with modern cases. If you have dated bulk ammunition that you're skeptical about, look for corrosion or anything that doesn’t quite look right. A quick visit to your local gunsmith can confirm this as well.

When looking for Berdan primers for sale, the use is one of the most important things to consider. If you plan on spending a lot of time at a shooting range, first ask if they allow it. If they don’t, the reason is likely related to the reloading issue. Indoor ranges prefer Boxer-primed with a brass casing, but this can vary depending on where you live and the range operator’s opinions.