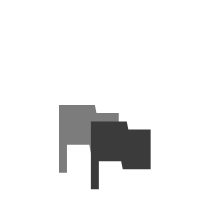 Live Inventory
We feel sorry for people from other countries – if only because their traditional flags will never hold a candle to America’s. We have procured a selection of high-quality flags that represent several proud moments from throughout our nation’s history. Order one and honor the brave men who fought tooth and nail for our freedom! Learn More
per page

Flags were used as military standards long before they were flown to indicate nationality. (The age of sail beginning in the 17th century introduced the practice of flying national banners from ships.) What good would laying siege to a village in 400 BC have done, after all, if the villagers didn’t know who was providing the service?

Flags have factored prominently into American history. We owe our country’s very existence to the brave militiamen who fought beneath standards such as the Moultrie, the Gadsden, and the Bennington during the Revolutionary War. Others such as the Commodore Perry and the Gonzales represent later defining moments when Americans refused to kowtow to foreign governments.

Whether you can trace your heritage back to one of the great men who fought for our country in her early years, or simply love the quintessentially American refusal to yield to outside force, you will take pride in flying one of these high-quality historic flags. They say that you should pick your battles. Now is your chance to do so, quite literally!

Ft. Moultrie Nylon 3x5ft Premium Flag
based on the 1 review below
Add review