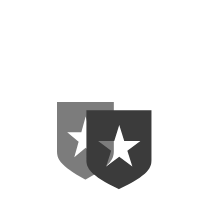 Looking for a sweet patch to tie your whole gun range ensemble together? Well, you might not find our patches stitched to willowy fashion runway models, but we think they look pretty sharp all the same.

Our own Ammo.com logo patch doesn’t simply represent the best place to order ammunition online. You see, we have an even greater mission than fast and convenient ammo shopping: the preservation of liberty and Americans’ God-given right to bear arms. When you wear our patch, you lend your full support to that all-important cause.

The Second Amendment needs more support these days than ever before. The hot-headed demagogues who whine and scream for its repeal say they want to protect you. They conveniently gloss over the fact that the Second Amendment exists solely to protect you against the greatest threat you will ever face – them. Once our ability to resist it disintegrates, tyranny will no longer have any incentive to remain balled up in its burrow.

Name the only organization in the United States that is legally allowed to kill you. Here’s a hint: it ain’t the Girl Scouts. It wouldn’t help their cookie sales anyway. Or would it? Come to think of it, we would probably buy a whole truckload of Thin Mints from Brianna if she aimed an M60 at our shins, especially if she had a heavy machine gunner badge sewn beneath the rainbow on her little green sash.

We’re getting sidetracked. Back to patches.

We took inspiration from two of America’s greatest historical flags in designing our logo. The rattlesnake is an obvious homage to the Gadsden flag, the standard flown by the Continental Marines as they made their case for a free country by raining torrents of hot lead down on the British. The coiled snake has become the universal symbol for "Don’t Tread on Me,” the most important ultimatum in the history of mankind.

The vertical lines behind the snake are the Rebellious Stripes. This symbol was used by Samuel Adams’ Sons of Liberty, another group that devoted itself to fighting tooth and nail against the British. Their motto was “No Taxation Without Representation.” Americans have sadly become accustomed to heavy taxation with little representation at best. But hey – without a massive, bloated surveillance state receiving trillions of dollars in funding every year, who else would keep the roads only marginally functional?

And what is that thing the snake coils around as it hisses, presumably at something disagreeable and just off to the left? Only America’s favorite rifle cartridge: the 223 Remington. (It is a very small snake.)

You are doing us two great favors whenever you wear the Ammo.com logo patch. The first is obvious. You will drive interest toward our site so we can sell more ammo. That helps us donate more money to our Freedom Fighter Support program, as well as buy nice things for our families. But the second favor – supporting liberty – helps far more than just a bunch of hicks flogging 9mm on the internet. It is a gesture that benefits every American, even the ones who have been conditioned to think you’re the villain in this whole sordid political climate.