Memorial Day: The Forgotten History of America’s Memorial Day and What It Commemorates 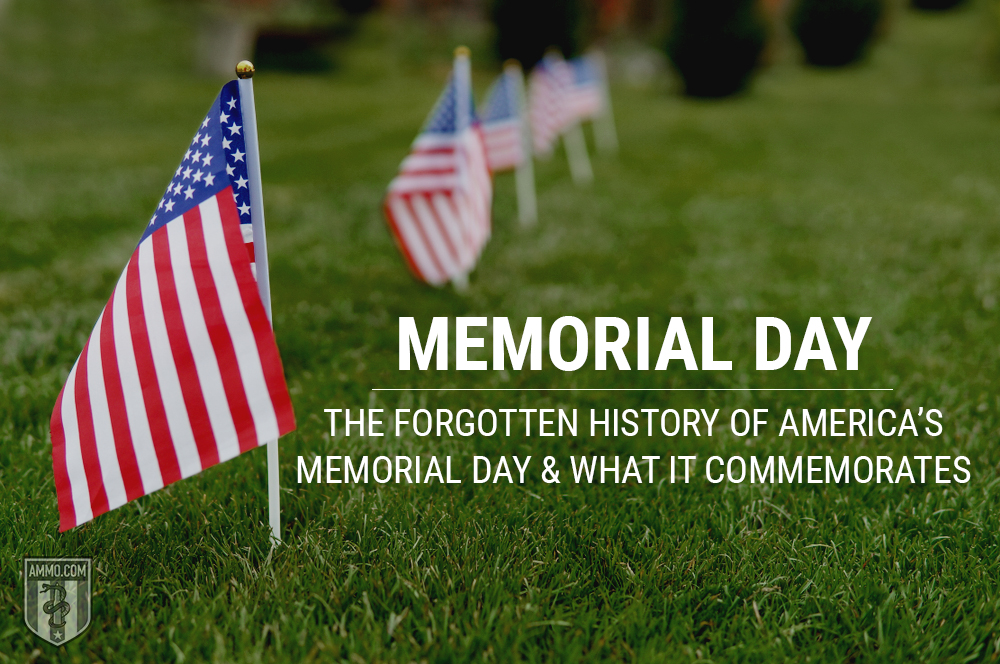 Memorial Day is more than just the “unofficial start of summer.” It was originally a celebration of the lives sacrificed on both sides during the War Between the States. Not an official federal holiday until 1971, the history of Memorial Day is one of controversy. This guide traces the origins of this American day dedicated to remembering and honoring those who gave the ultimate sacrifice.

While the day was eventually codified as a Civil War-centric holiday, people had laid flowers on the graves of fallen soldiers for decades before there was such a thing as Memorial Day, or “Decoration Day” as it is sometimes called. Annual decoration days were most common in the American South. Because the American South was more rural and agrarian based, it was not uncommon to have a family cemetery. It was here that families would gather for picnics and grave decorations.

The early celebrations were not about remembering the fallen from the war. They were effectively extended family reunions, a sort of folk ancestor worship specifically developed out of the folkways of the American South. A religious service typically accompanied the meal.

A Richmond Times-Dispatch article from 1906 documents a June 3, 1861, Warrenton, Virginia, celebration as the first time a Civil War veteran’s grave was decorated. In 1862, there is another recorded example of an early Civil War grave decoration which occurred in Savannah, Georgia. In 1863, there was a decoration of soldiers’ graves in Gettysburg.

Decoration of graves became widespread after Abraham Lincoln’s assassination in 1865. There were, at this point, over 600,000 American soldiers in the ground. This gave what was a previously existing informal ritual a new significance. It was this year that the federal government began making a national cemetery for the Union war dead. Despite this, the celebrations were primarily a Southern thing.

In 1966, President Lyndon Baines Johnson declared there to be an “official” first celebration of Memorial Day. The resolution stated that the first Memorial Day was in 1866, in Waterloo, New York, celebrated at the behest of druggist Henry C. Welles and county clerk John B. Murray. This “official” foundation story of Memorial Day has largely been discredited as a myth. 25 towns currently claim to be the birthplace of Memorial Day.

More attested to as the first Memorial Day celebration in the North is the May 5, 1868, proclamation by General John A. Logan calling for a nationwide “Decoration Day.” He simply adopted the previously existing ceremonies of the American South and transplanted them to the Northern States. The first Memorial Day celebrated in the North took place on May 30, 1868. It is said that the date was chosen because it did not align with any particular battle, thus neither side could be seen as engaging in triumphalism.

The new holiday spread like wildfire throughout the Northern states. In the first year of the official Memorial Day, 27 states observed ceremonies in 127 cemeteries. This ballooned to 336 cemeteries by the next year. In 1871, Michigan became the first state after the original 27 to make it an official holiday. By 1890, it was an official holiday in every Northern state. The popularity of the holiday led to the reinterment of almost 300,000 Northern war dead in national cemeteries.

A new American mythology arose because of the celebration of this new holiday. For example, German and Irish Americans who had participated in the war were considered to be “Americans by blood” due to their sacrifice. There were honest and open discussions of wartime atrocities. The purpose of these discussions was to provide context for the war and what was gained as well as what was lost, not merely sulking around in unpleasant memories.

Ceremonies and Celebrations of Memorial Day

In the 1880s, the ceremonies became much more standardized. This is largely due to the efforts of the Grand Army of the Republic, a veterans organization for Union soldiers. Pamphlets with rituals, Bible verses and poems were distributed to local post commanders. Many of these were the “go to” ceremonies for Memorial Day, at least in the Northern states.

The Southern states, of course, had a slightly different take on the dead of the Civil War and how best to honor them. Their ceremonies tended to be simpler, more somber, less celebratory and honored both the Union and Confederate dead.

In the South, it was women who took the lead with Memorial Day celebration. The Ladies Memorial Association made it their charge to ensure that Confederate memorials were kept up and decorated on Memorial Day. Out of this grew the Daughters of the Confederacy, an organization whose numbers quickly grew from 17,000 in 1900 to almost 100,000 by the start of the First World War. 1868 was the first documented case of Southrons attempting to add “Confederate” to the beginning of the name of the day. By 1890, the American nationalist elements were firmly in the saddle, even in former Confederate states.

While many will complain that Memorial Day is not a day for barbecuing and drinking beer, this observation goes back to at least 1913. The Grand Army of the Republic opposed a Memorial Day race in the year 1911. However, they were increasingly elderly and had less power than they had even 20 years prior. Ironically, the race the GAR opposed is one of the biggest Memorial Day traditions still going -- the Indianapolis 500.

In 1950, Congress passed a resolution calling on the nation to observe Memorial Day as a day of prayer for perpetual peace. In 1971, it finally became an official federal holiday. In 2000, President Bill Clinton codified the 3 p.m. observance time that had already been a popular time for remembering our war dead. The President requests that flags on government property be flown at half mast until noon, however this is not legally mandated. Some Southern states still celebrate a day specifically dedicated to remembering the Confederate war dead, but this does not fall on the same day as Memorial Day – in the case of Texas’ “Heroes Day,” it falls several months away from Memorial Day in January.

More to the point of the holiday’s origins, there is a remembrance every year at 3 p.m. local time. If you’re looking to honor the nation’s veterans, look into whatever local celebrations might be available to you.