Constitution Day: The Forgotten History of the Celebration of America's Founding Document 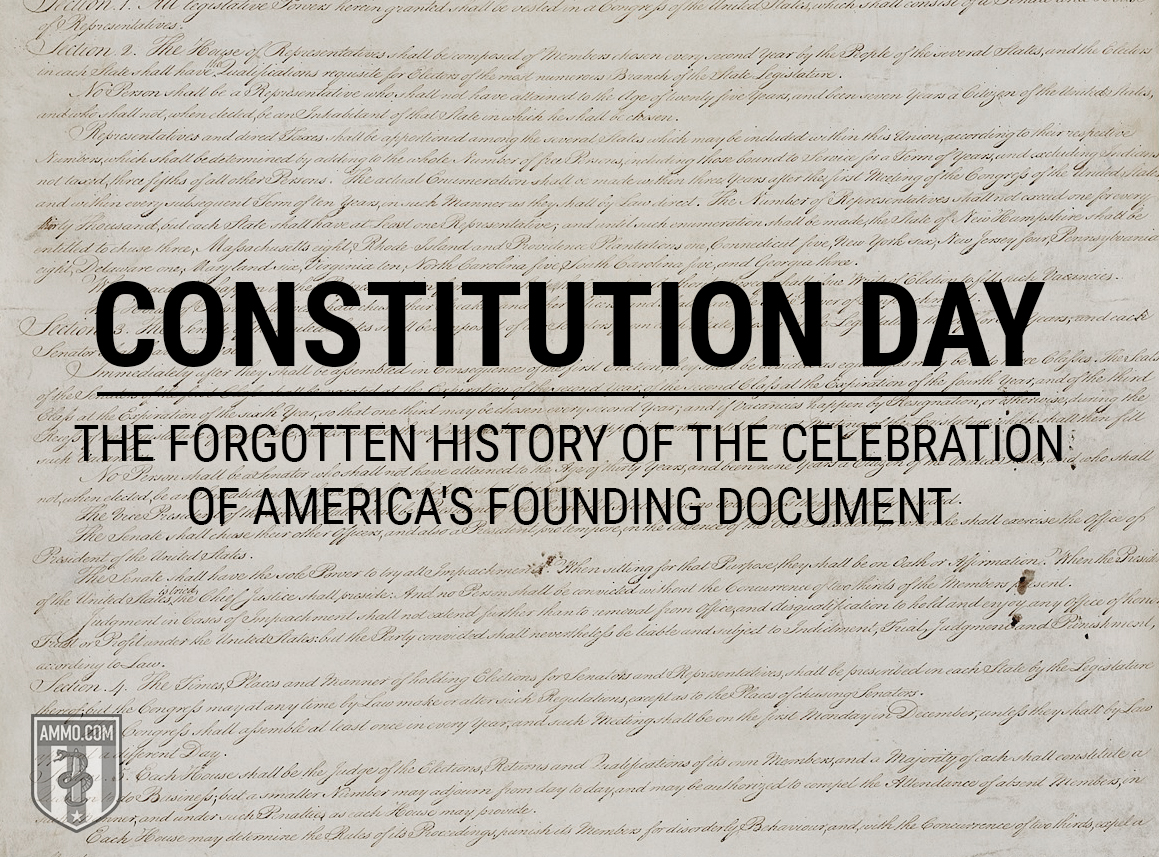 Constitution Day is a dual observance: It celebrates both the day that the United States Constitution was adopted, as well as honors naturalized citizens of our country. Prior to 2004, the day was known as Citizenship Day. Its name was changed due to an amendment attached to a spending bill by Sen. Robert Byrd.

While there was an archaic form of the holiday first celebrated in Iowa schools in 1911, a movement to adopt the day was advanced by the Sons of the American Revolution. This organization appointed a committee to lobby for the day that included figures such as then-Vice President Calvin Coolidge, John D. Rockefeller, and newly minted World War I hero General John J. Pershing. However, the origins of the day actually lie in the late 1930s.

“I Am An American Day” Becomes “Constitution Day"

It’s quite an American story. For the 1939 New York World’s Fair, the organizers were promoting a song called “I Am An American.” The songwriters attracted the attention of Arthur Pine, the head of a self-named PR firm. One of his clients was Gray Gordon, the bandleader who would be performing the song at the World’s Fair. To publicize the song, he worked together with a local newspaper to celebrate the first “I Am An American Day.”

During the same year, William Randolph Hearst used his newspapers to advocate for the creation of an American Citizenship Day. It was the nexus of these two phenomena that prompted Congress to make the third Sunday in May “I Am An American Day.” The first one of these was celebrated in 1940. In 1944, the United States Immigration and Naturalization Service began promoting this day.

A 16-minute short was produced and released into American cinemas, and in 1947, a Hearst-produced News of the Day promoted the holiday. By 1949, the Governor of every existing state had issued a proclamation in favor of Constitution Day, which was basically the same thing. In 1952, Congress moved the day to September 17th, and renamed it Citizenship Day, which it remained until Sen. Byrd had it renamed in 2004.

Louisville, Ohio has proclaimed itself “Constitution Town,” thanks to the tireless efforts of one of its own to get the day celebrated and recognized nationally. This was one Olga T. Weber, born in Pittsburgh in 1903. She considered learning about the Constitution to be an important part of maintaining American freedoms. To that end, she used to hand out copies of both the Constitution and the Bill of Rights. In 1953, her tireless work saw Ohio adopt “Constitution Day” statewide. Through Representative Frank T. Bow, she sought to make Constitution Day a federal holiday, to no avail.

While she died in 1978, the town continues to honor her memory with an entire Constitution Week consisting of car shows, fireworks, a parade, beauty pageants and hot air balloons.

Why Constitution Day is Celebrated

September 17th was chosen because it is the day that the Constitution was fully ratified in the United States. On this day in 1787, 42 out of the 55 delegates to the Constitutional Convention convened together for the final time. They had been meeting over the entire summer, debating hot topics in the hot weather. But on September 17, 1787, there was only one topic up for discussion – signing the Constitution.

Meetings began in May of that year. The young nation was looking to adopt a successor to the Articles of Confederation, which were for the most part not working out for the United States as an organic and cohesive whole. It was during that summer that the decision to have a House of Representatives and a Senate were hammered out – two parts of our political system that we largely take for granted.

The primary substantive difference between the new Constitution and the Articles of Confederation is that the former included a strong central government, while the latter did not. Much of the Constitution found its genesis in English common law. For example, the due process of law in the Constitution dates back to the English Magna Carta of 1215.

The English Bill of Rights was another important influence. It is always worth remembering that the United States Revolutionary War was predicated on the notion that the colonists were British subjects who were being denied their rights under the law. Rights that Americans largely take for granted – such as the right to a trial by jury, the right to keep and bear arms, and prohibitions against cruel and unusual punishments as well as excessive fines – are all to be found in the English Bill of Rights.

Finally, there is the Virginia Declaration of Rights. While this is a state constitution, it was perhaps the most important, as it belonged to the largest and most influential state in the new union.

The philosophy of John Locke, and the French Judge known most commonly as the simple Montesquieu, were the two biggest influences on the Constitution.

It’s also worth noting that many state constitutions that predated the United States Constitution also influenced the new document. These existed within the broader framework of American republicanism, a set of ideas and philosophies that had developed from English common law and other sources, but was a school of thought all its own. Future President John Adams was the biggest intellectual figure in this field.

Once signed, the Constitution went out to the states for ratification. It was during this period that the Federalist Papers were written, with figures such as James Madison, Alexander Hamilton, and John Jay writing in favor of the new Constitution with the opposition, Anti-Federalist side, represented by Patrick Henry, Elbridge Gerry, and George Mason. The Constitution was ratified by nine states in June 1788, and thus this is the day of the founding of the United States government that we have today.

But outside of this small town in Ohio, few know about this day, what it is and what it means. This is despite President Donald Trump reaffirming it as both Constitution Day and Citizenship Day in 2017. Much like Flag Day, it is overshadowed by other patriotic days of the year with a greater perceived importance – including Independence Day and Memorial Day. This is in large part because, like Flag Day, Constitution Day is not an observed holiday nearly anywhere.

While there has been a push to promote the day in the nation’s public schools, people must take it upon themselves to observe Constitution Day.