Independence Day: The Forgotten History of America’s 4th of July and What It Commemorates 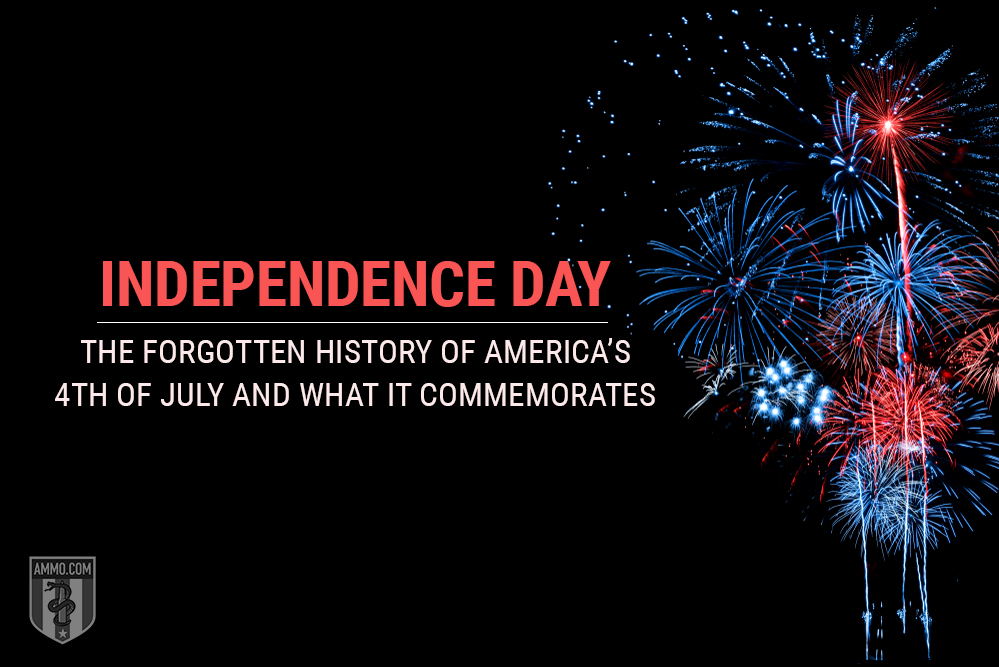 Every American knows what Independence Day is. Alongside Christmas and Thanksgiving, it’s one of the few holidays that hasn’t fallen prey to having to be celebrated on the closest Monday, rather than the actual day it falls on. However, less known is the history of the Fourth of July as a holiday. How did the celebrations emerge and what is the history of this, America’s birthday?

Few know that the 13 Colonies actually legally separated from the mother country, the United Kingdom of Great Britain, on July 2nd, not July 4th. This was the day that the Continental Congress voted to approve a resolution of independence. After voting in favor of independence, the Congress then turned toward the actual drafting of the resolution, which we known today as the Declaration of Independence. It was on July 4th that Congress approved the resolution.

“It ought to be solemnized with pomp and parade, with shows, games, sports, guns, bells, bonfires, and illuminations, from one end of this continent to the other, from this time forward forever more.”

In 1775, when independence first became discussed in the Congress, total independence was considered a very radical option among many. “Common Sense,” by Thomas Paine, however, radically changed the political mood of the country. If independence was “radical,” then Paine was successful at radicalizing a significant portion of the incipient country. It was on June 7, 1776, that Richard Henry Lee, the delegate from Virginia, first introduced the motion to declare total independence from the United Kingdom. A vigorous debate ensued, the final result of which was a five-man committee (Thomas Jefferson, John Adams, Benjamin Franklin, Roger Sherman and Robert  R. Livingston) charged with drafting a document detailing the causes of separation.

When the time came to vote on the Declaration of Independence, the vote was nearly unanimous – every state voted in favor, except for the delegate from New York who abstained, but later voted in favor, of the resolution.

What’s more, while it’s commonly believed that the Declaration was signed on the 4th, it’s actually more likely that it was signed on August 2, 1776, despite the recollections of Thomas Jefferson and some of the other signatories. Only two of the signers eventually became President of the United States: the aforementioned Adams and Jefferson. Calvin Coolidge is, thus far, the only President to be born on the Fourth of July, in the year 1872.

It didn’t take long for the newly independent nation to begin celebrating its birth. In 1777, Bristol, Rhode Island, became the first town to celebrate the anniversary of the Declaration of Independence. At dawn and at nightfall, 13 gunshots were fired in remembrance. The July 18th edition of The Virginia Gazette notes a celebration filled with feasting, gun salutes, music, parades and, yes, fireworks. Ships were decked out with red, white and blue bunting for the occasion.

Another early celebration took place in 1778, when General George Washington issued a double ration of rum to his soldiers, as well as an artillery salute. Meanwhile, in France, there were celebrations as well. John Adams and Benjamin Franklin held a celebration for the Americans living in France while on their ambassadorial duties. While we generally celebrate Independence Day on whatever day of the week July 4th falls on, in 1779 when it first fell on a Sunday, celebrations took place the following Monday.

July 4th was first officially declared a statewide celebration by Massachusetts in 1781. This set the precedent of states declaring that it was a day to be celebrated. In 1783, Salem, North Carolina, held what it claims to be the first public celebration of the holiday, with a suite of music by Johann Friedrich Peter. This was documented by the Moravian Church, and there are no earlier records of public (i.e., government) celebrations of the holiday prior to this event.

In 1870, Congress declared that Independence Day would be an unpaid holiday for all federal workers. Some 58 years later, in 1938, Congress changed the holiday from unpaid to paid.

It was the War of 1812 that saw Independence Day celebrations becoming widespread and common. This was due to an overall upsurge in patriotism and nationalist fervor during what was effectively a Second War of Independence against Great Britain.

Thomas Jefferson died on the Fourth of July (and in a twist of fate, John Adams died on the same day). He was invited to a 50th anniversary celebration of Independence Day in the nation’s capital, but Jefferson was extremely ill at the time and declined the invitation in what would be his last letter ever. In doing so, however, he stated his belief that American independence carried significant weight not just for the United States, but for the entire world, writing:

“All eyes are opened, or opening, to the rights of man. ...For ourselves, let the annual return of this day forever refresh our recollections of these rights, and an undiminished devotion to them."

Unlike other patriotic holidays like Memorial Day or Veterans’ Day, there is no underlying spectre of loss, sacrifice and death with Independence Day. July 4th is a day of celebration for its own sake. So has it always been. There’s nothing wrong at all with partaking in the revelry of fireworks, hot dogs and (if you’re on a capable military base) gunshots. The Founding Fathers, if they fought for anything, wanted you to have at least one day where you could revel in the excess and largesse provided by their struggles.