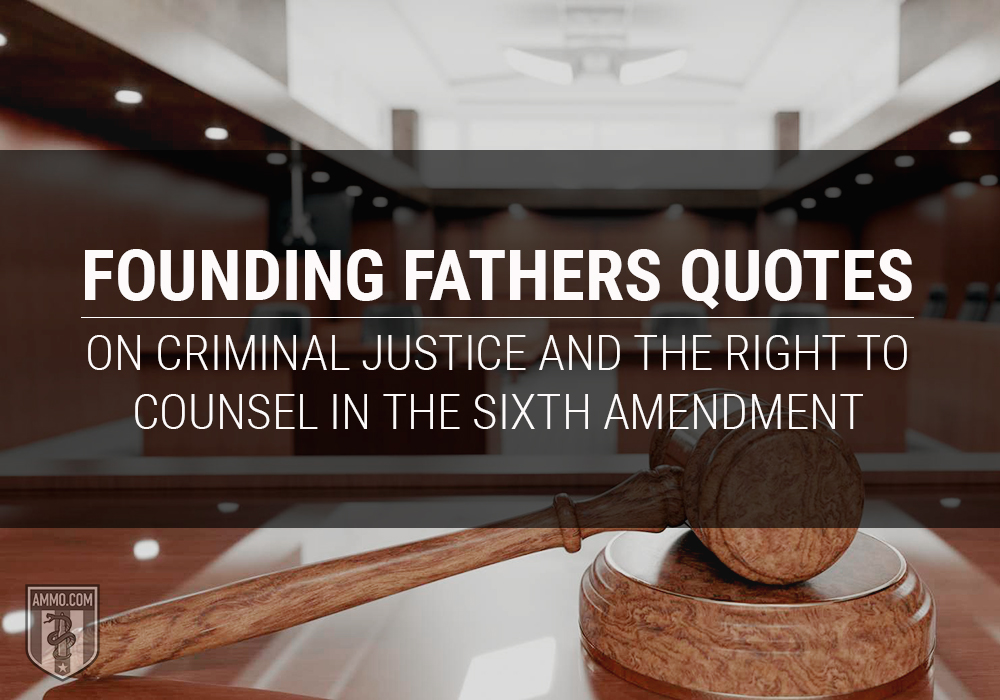 “In all criminal prosecutions, the accused shall enjoy the right to a speedy and public trial, by an impartial jury of the State and district wherein the crime shall have been committed, which district shall have been previously ascertained by law, and to be informed of the nature and cause of the accusation; to be confronted with the witnesses against him; to have compulsory process for obtaining witnesses in his favor, and to have the Assistance of Counsel for his defence.”

Many Americans are familiar with the Sixth Amendment through police television shows. “You have the right to an attorney. If you cannot afford an attorney, one will be appointed for you by the court.” Well, that right is guaranteed by the Sixth, another Amendment in the Bill of Rights largely informed by the experience of Americans with the British colonial government – England has no right to legal representation, even for those who can afford it.

Much like the Fifth Amendment, the Sixth exists to slow down the process of the justice system. This was thought to make it more thorough and deliberate. However, there’s a monkey wrench in the system: 90 to 95 percent of all cases are never brought to trial and are instead resolved through plea bargaining. This is because the system would be clogged up solid if every case were brought to trial. Still, this means 90 percent of all cases are not subject directly to this Amendment.

“Errors, or caprices of the temper, can be pardoned and forgotten; but a cold, deliberate crime of the heart...is not to be washed away.” 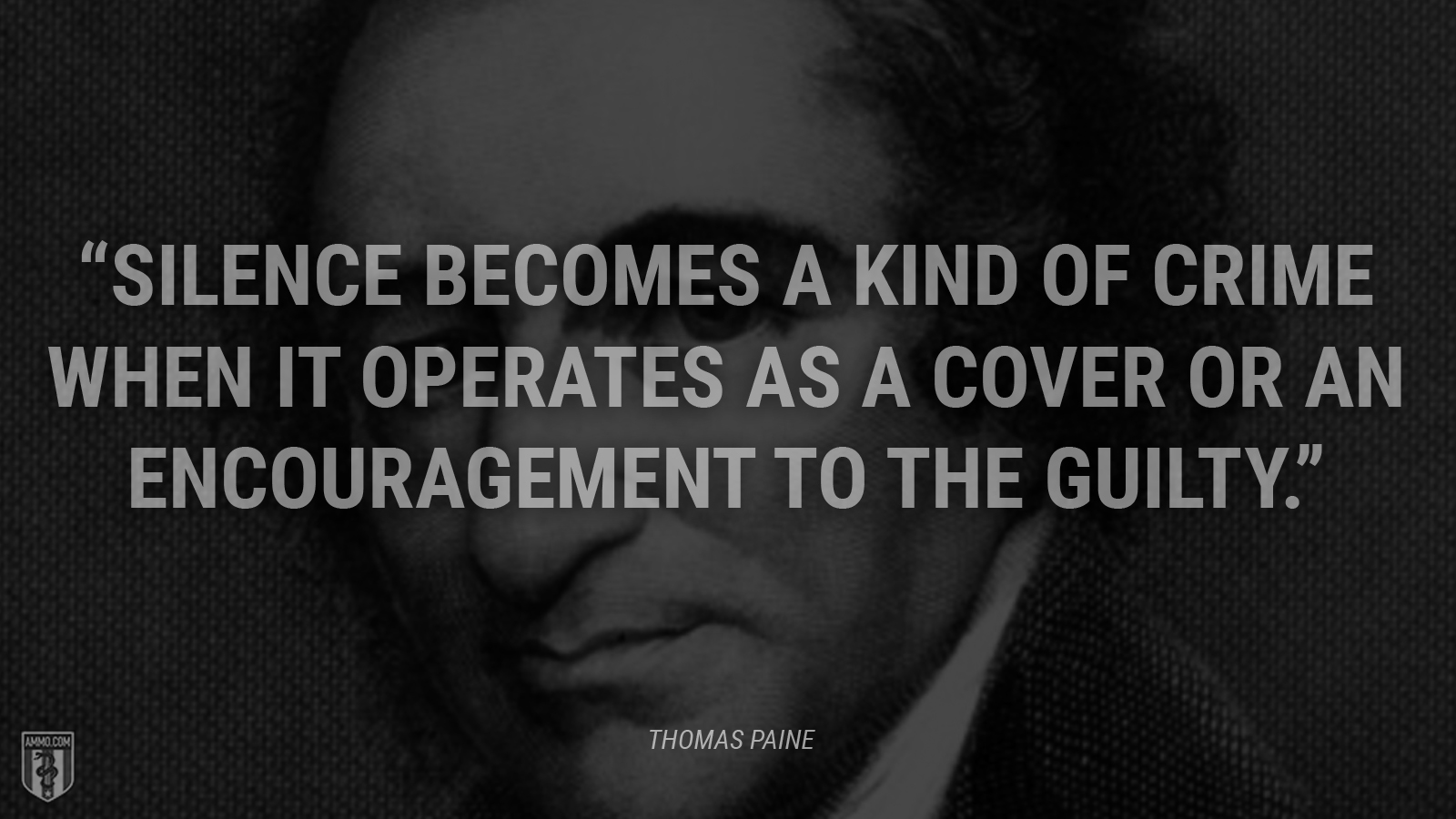 “Silence becomes a kind of crime when it operates as a cover or an encouragement to the guilty.”

“Another apprehension is that a majority cannot be induced to adopt the trial by jury; and I consider that as the only anchor, ever yet imagined by man, by which a government can be held to the principles of its constitution.” 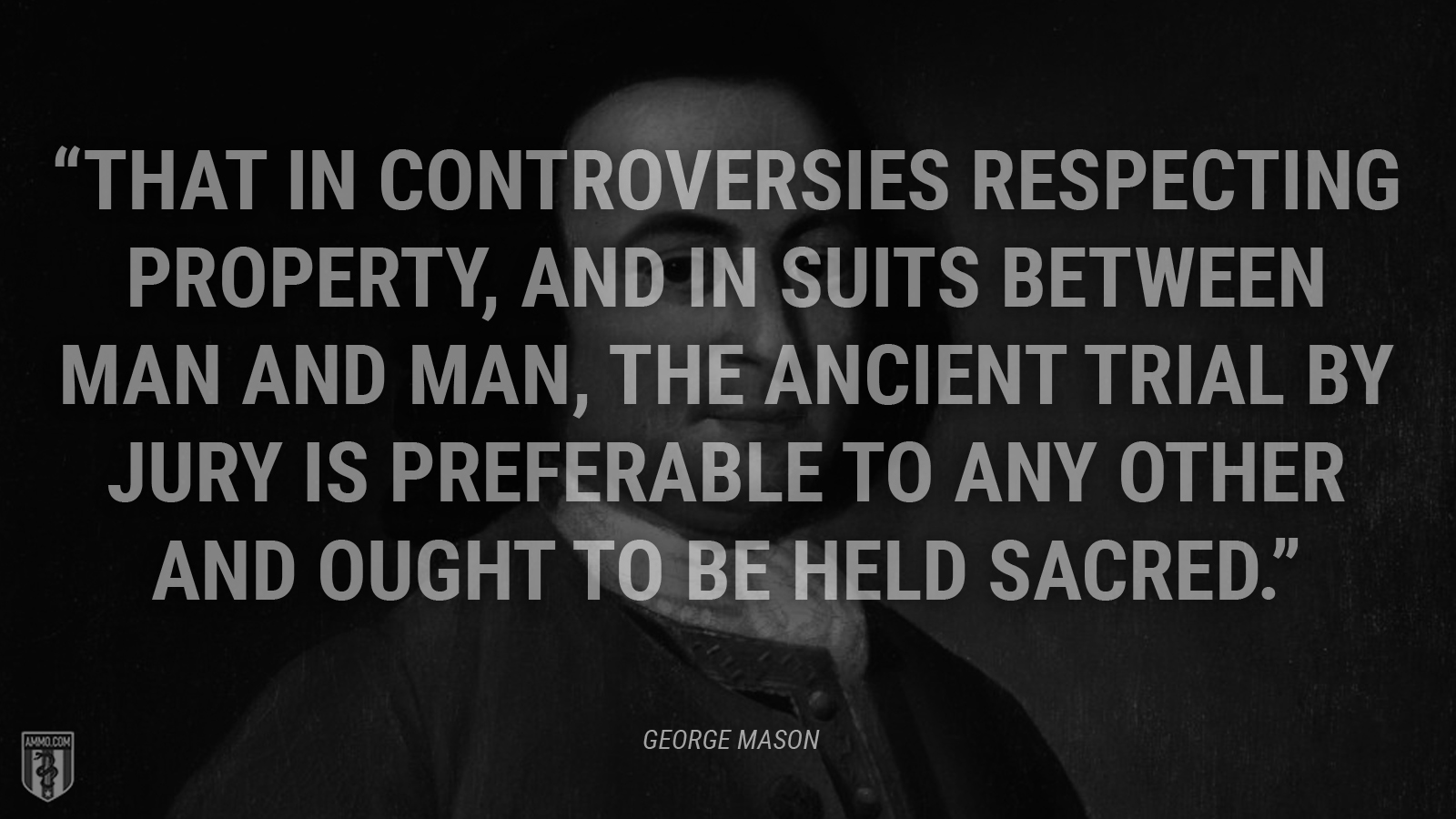 “That in controversies respecting property, and in suits between man and man, the ancient trial by jury is preferable to any other and ought to be held sacred.”

“Representative government and trial by jury are the heart and lungs of liberty. Without them, we have no other fortification against being ridden like horses, fleeced like sheep, worked like cattle, and fed and clothed like swine and hounds.” 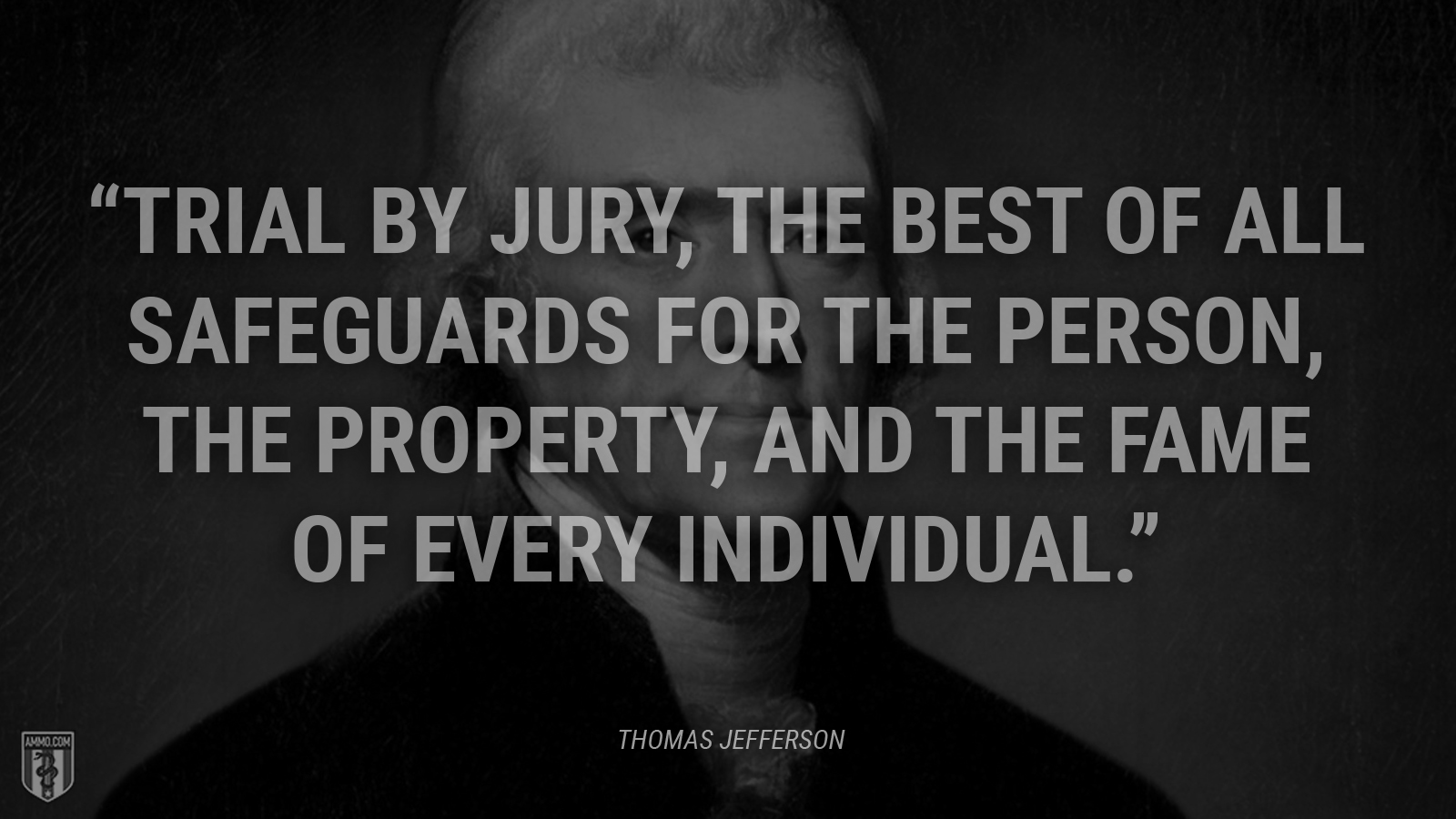 “Trial by jury, the best of all safeguards for the person, the property, and the fame of every individual.”

“You seem...to consider the judges as the ultimate arbiters of all constitutional questions – a very dangerous doctrine indeed, and one which would place us under the despotism of an oligarchy. Our Judges are as honest as other men, and not more so. They have, with others, the same passions for party, for power, and the privilege of their corps. Their maxim is, boni judicis est ampliare jurisdictionem, and their power the more dangerous, as they are in office for life, and not responsible, as the other functionaries are, to the elective control. The Constitution has erected no such single tribunal, knowing that, to whatever hands confided, with the corruptions of time and party, its members would become despots.”