Founding Fathers Quotes on Government, Democracy, and Placing Power in the People 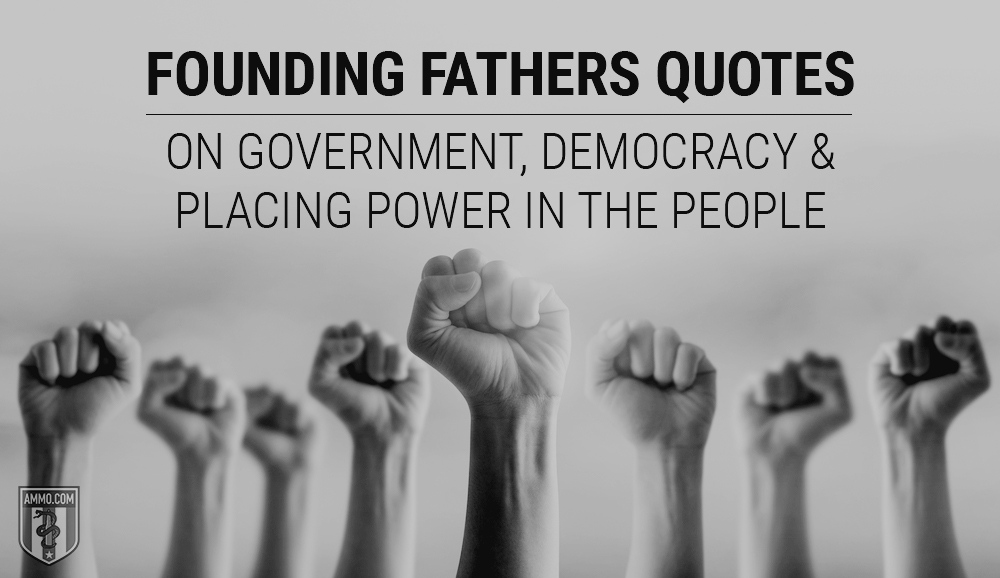 The views of the Founders on the subject of democracy are complicated and difficult to articulate in sound bites. On the one hand, the Founders championed seating power in the people of the nation rather than an aristocracy or a monarch. On the other hand, they all feared the power of King Mob and the tyranny of the majority over a minority. To that end, the Constitution is filled with a number of measures that prevent the majoritarian rule of simple democracy.

The government was never seen by the Founders as a provider of anything but a very generalized common security. Laws were seen as more important than men. At best, the government was seen as a necessary evil to allow for the continued functioning of a peaceful society. Those who sought power through the government, rather than seeking to serve their countrymen, were implicitly distrusted. 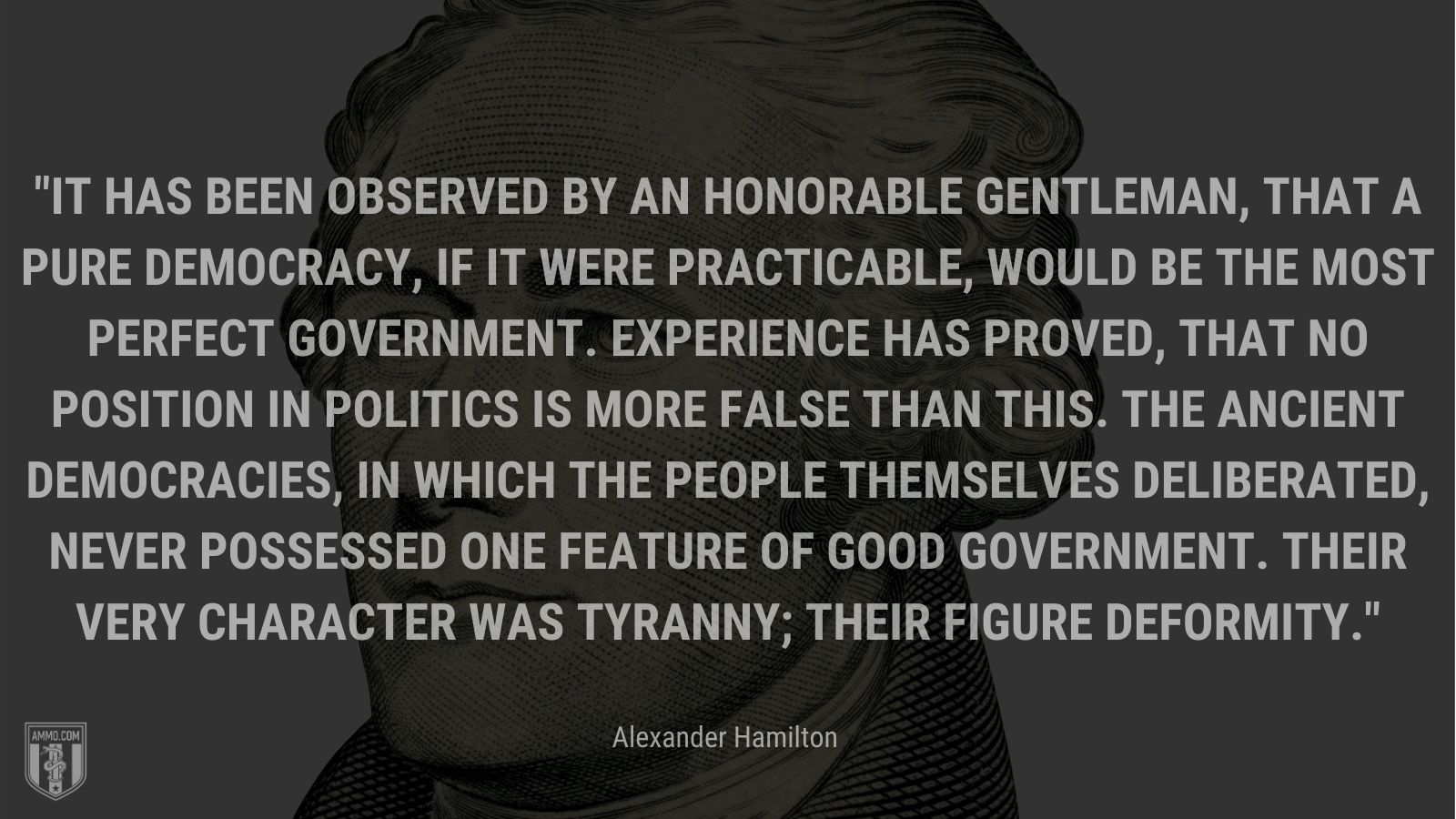 “It has been observed by an honorable gentleman, that a pure democracy, if it were practicable, would be the most perfect government. Experience has proved, that no position in politics is more false than this. The ancient democracies, in which the people themselves deliberated, never possessed one feature of good government. Their very character was tyranny; their figure deformity.” 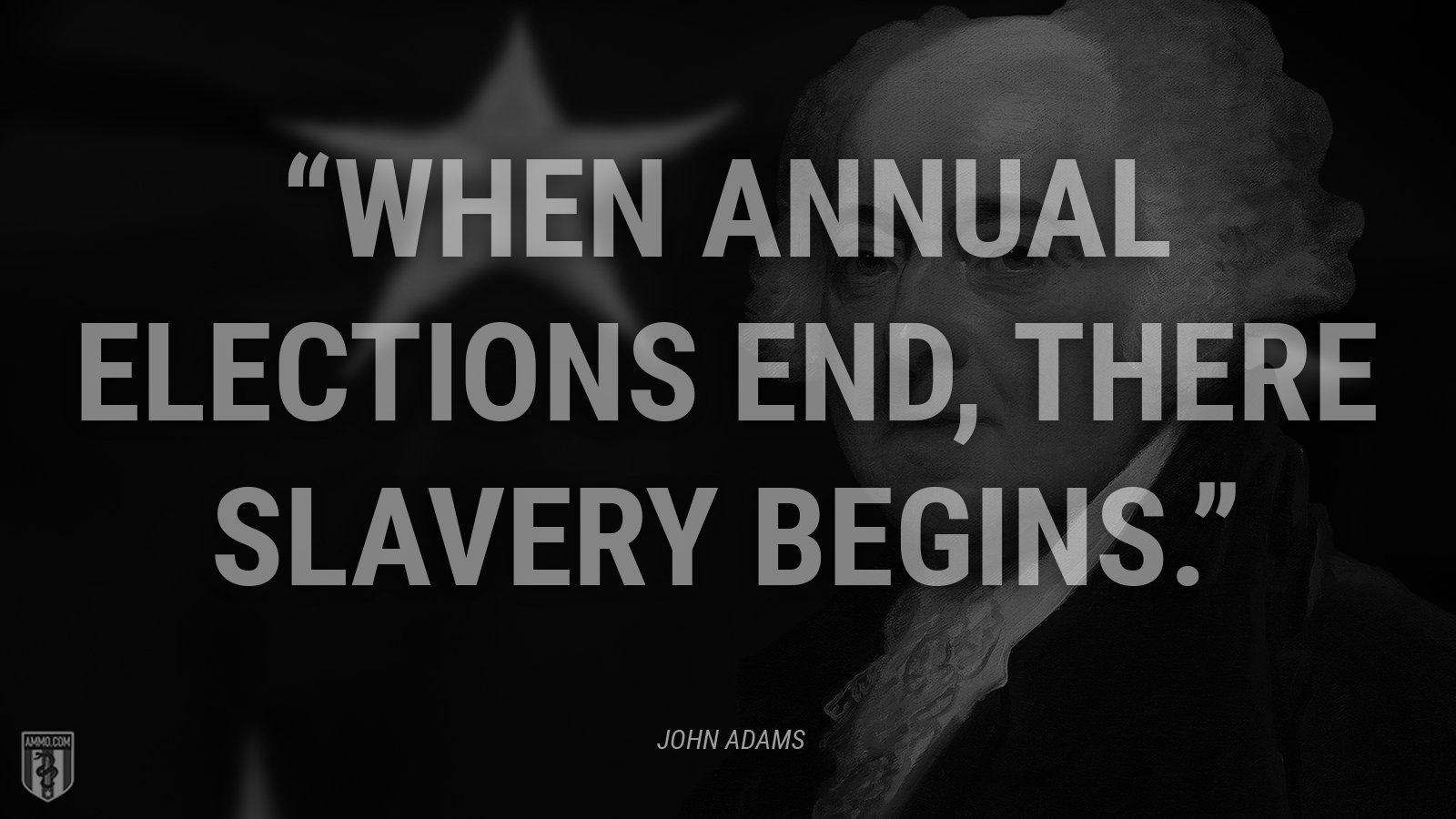 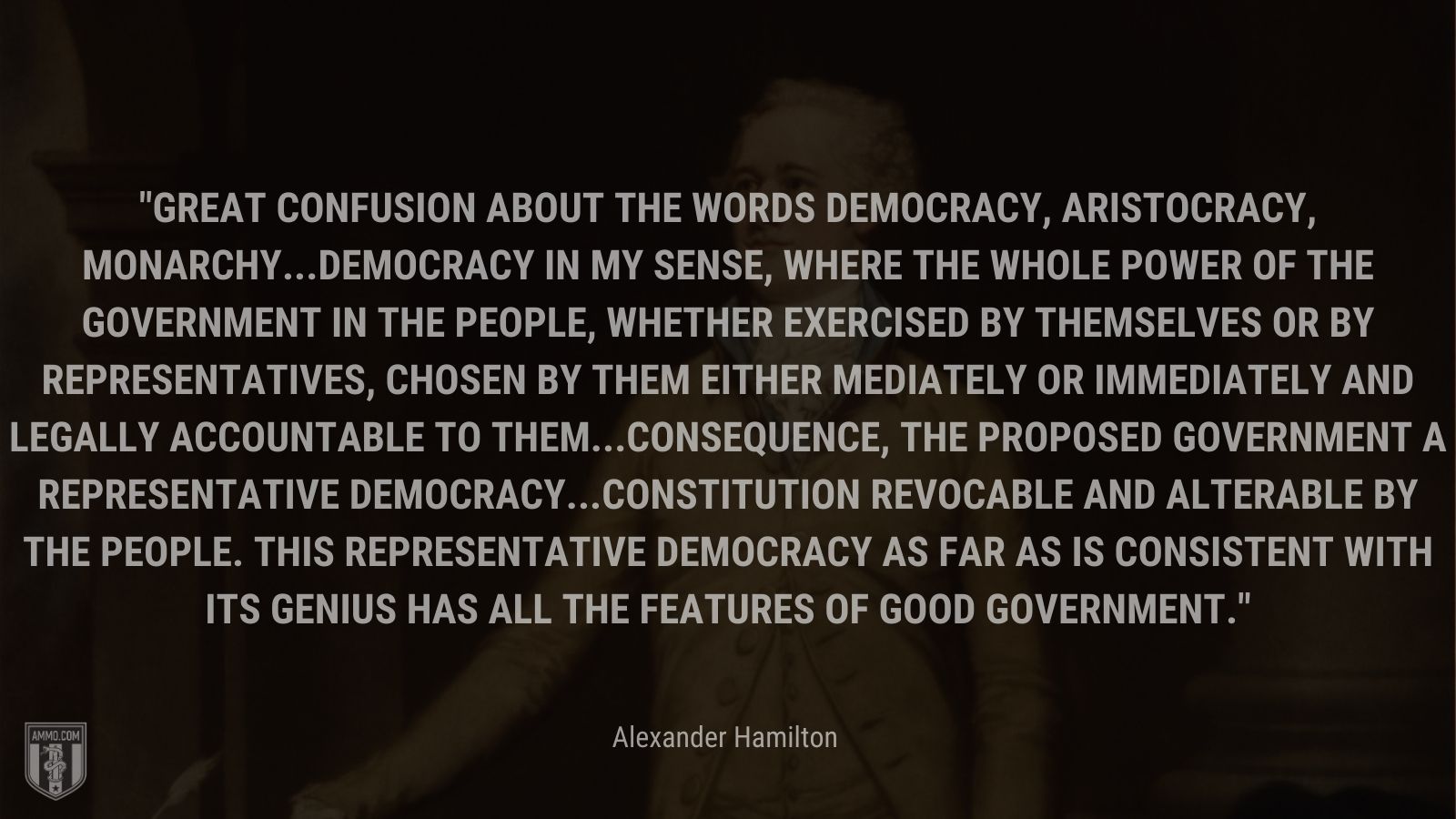 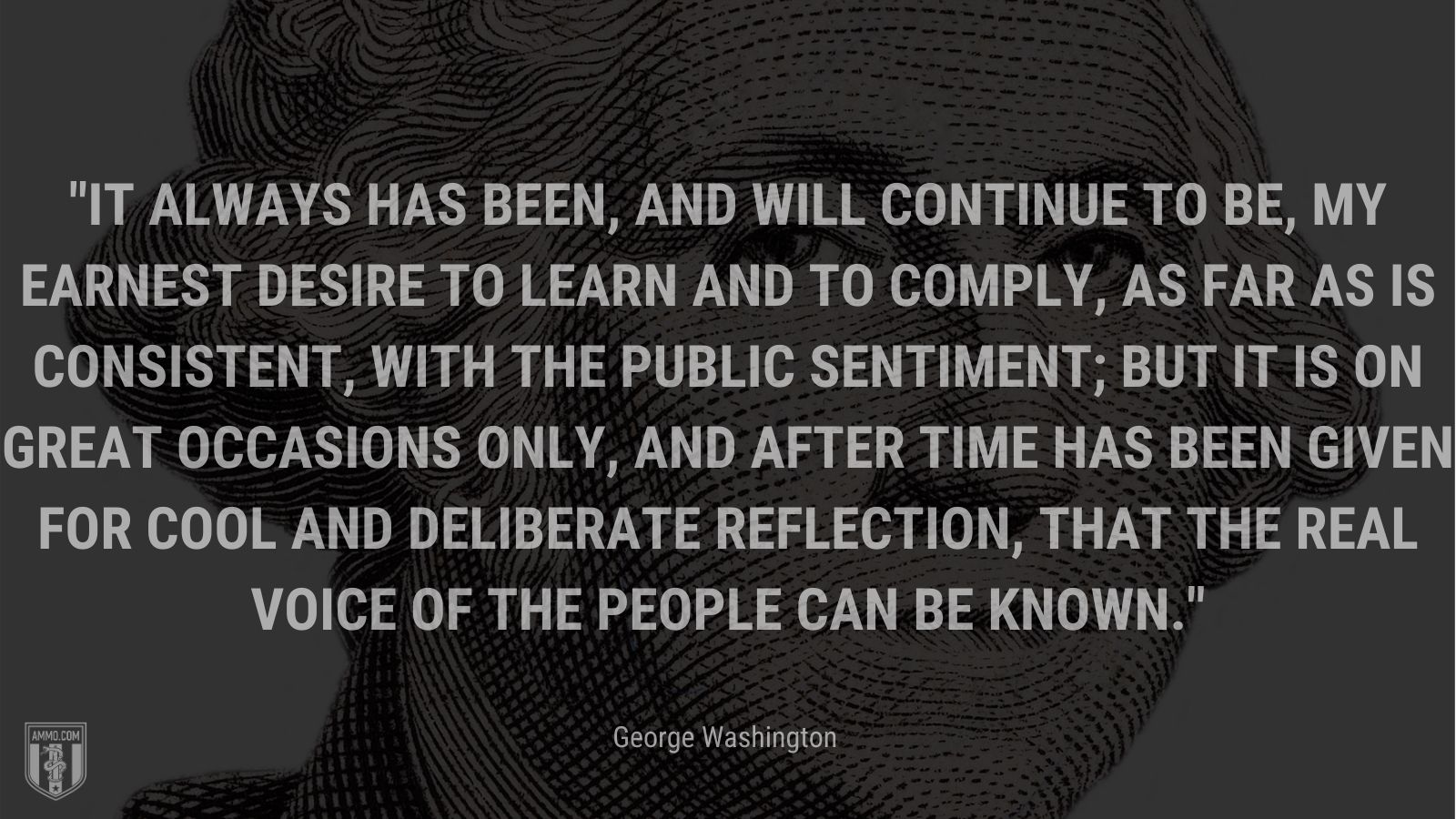 “It always has been, and will continue to be, my earnest desire to learn and to comply, as far as is consistent, with the public sentiment; but it is on great occasions only, and after time has been given for cool and deliberate reflection, that the real voice of the people can be known.” 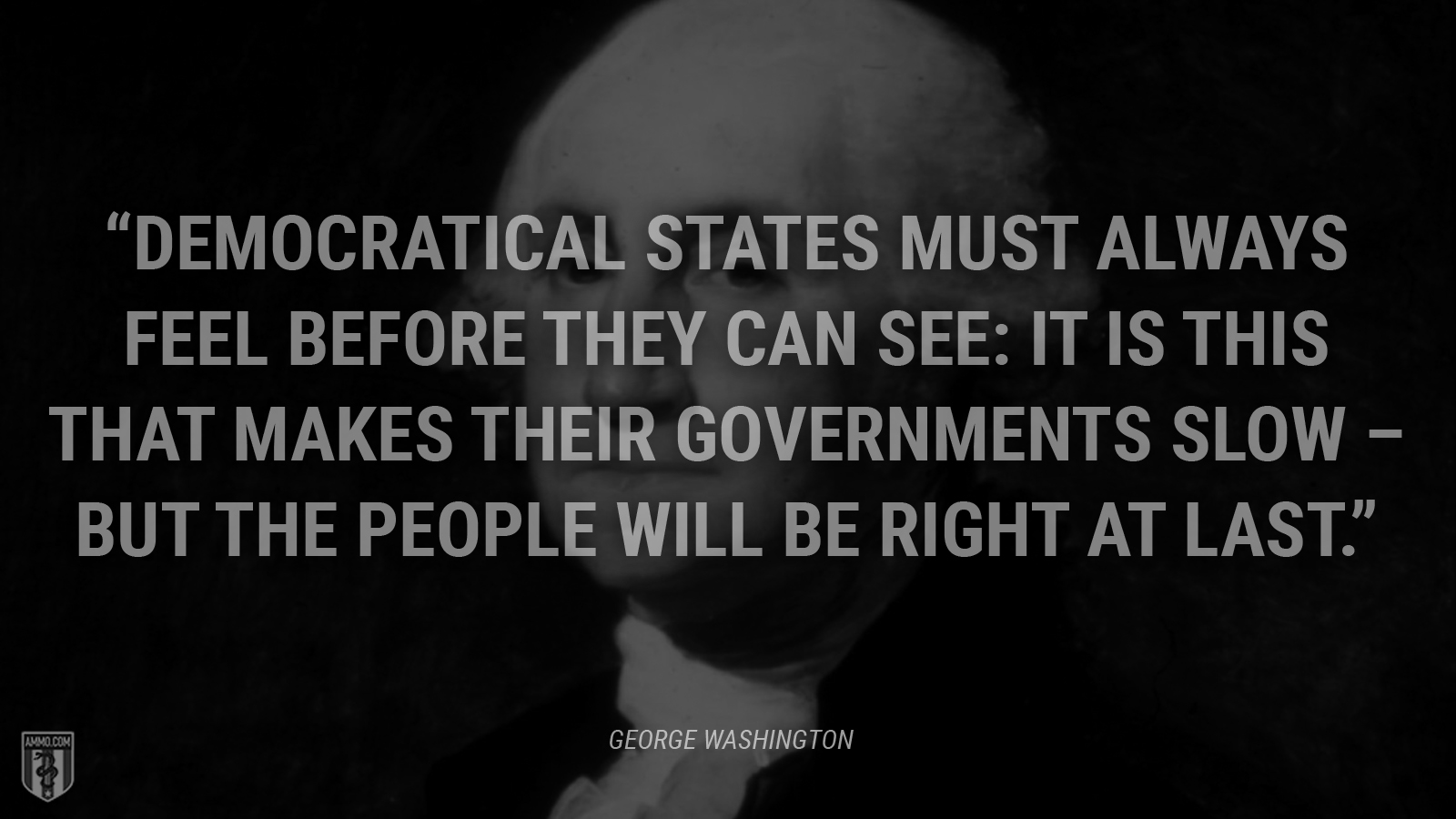 “Democratical States must always feel before they can see: it is this that makes their Governments slow – but the people will be right at last.” 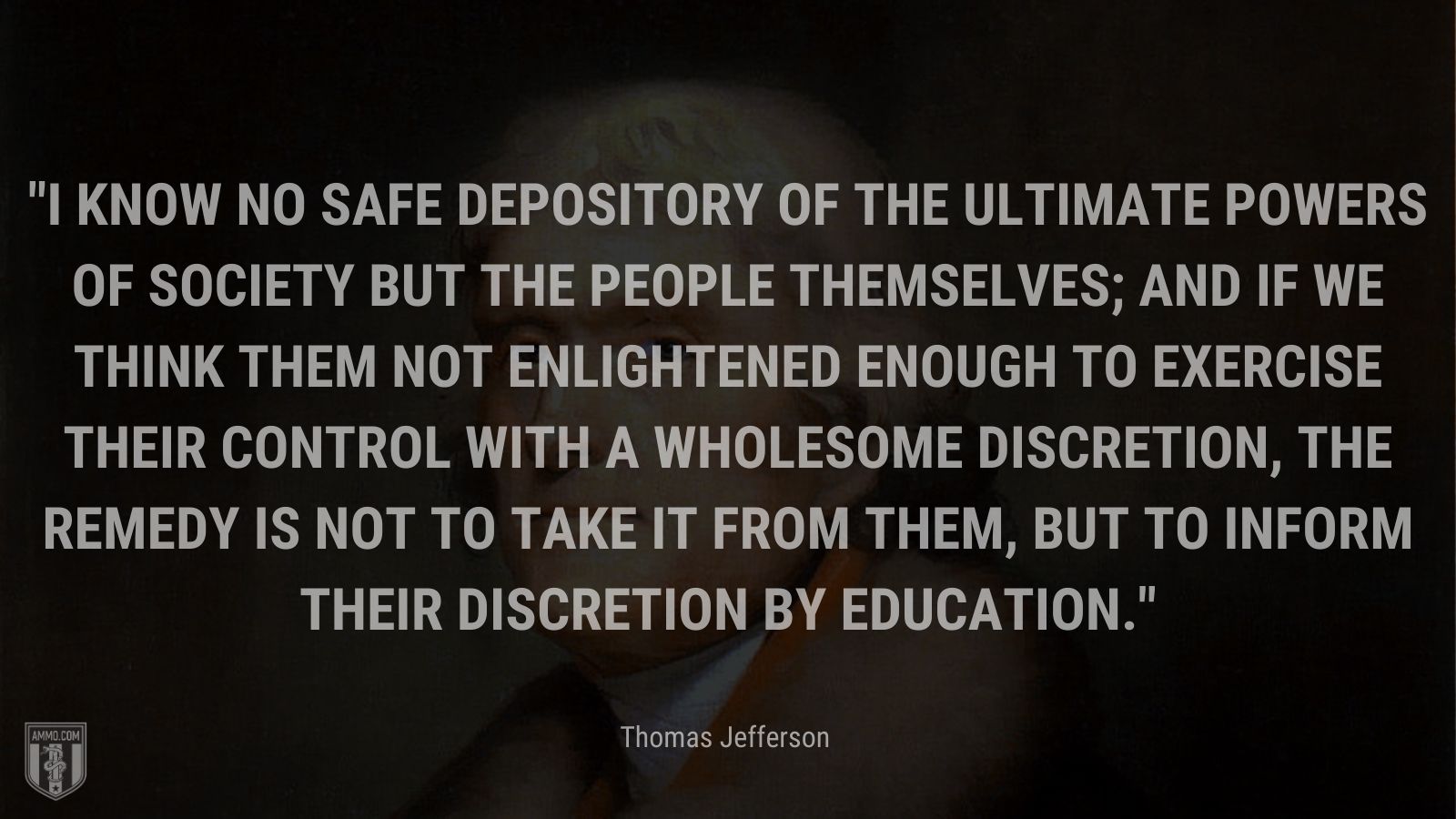 “I know no safe depository of the ultimate powers of society but the people themselves; and if we think them not enlightened enough to exercise their control with a wholesome discretion, the remedy is not to take it from them, but to inform their discretion by education.” 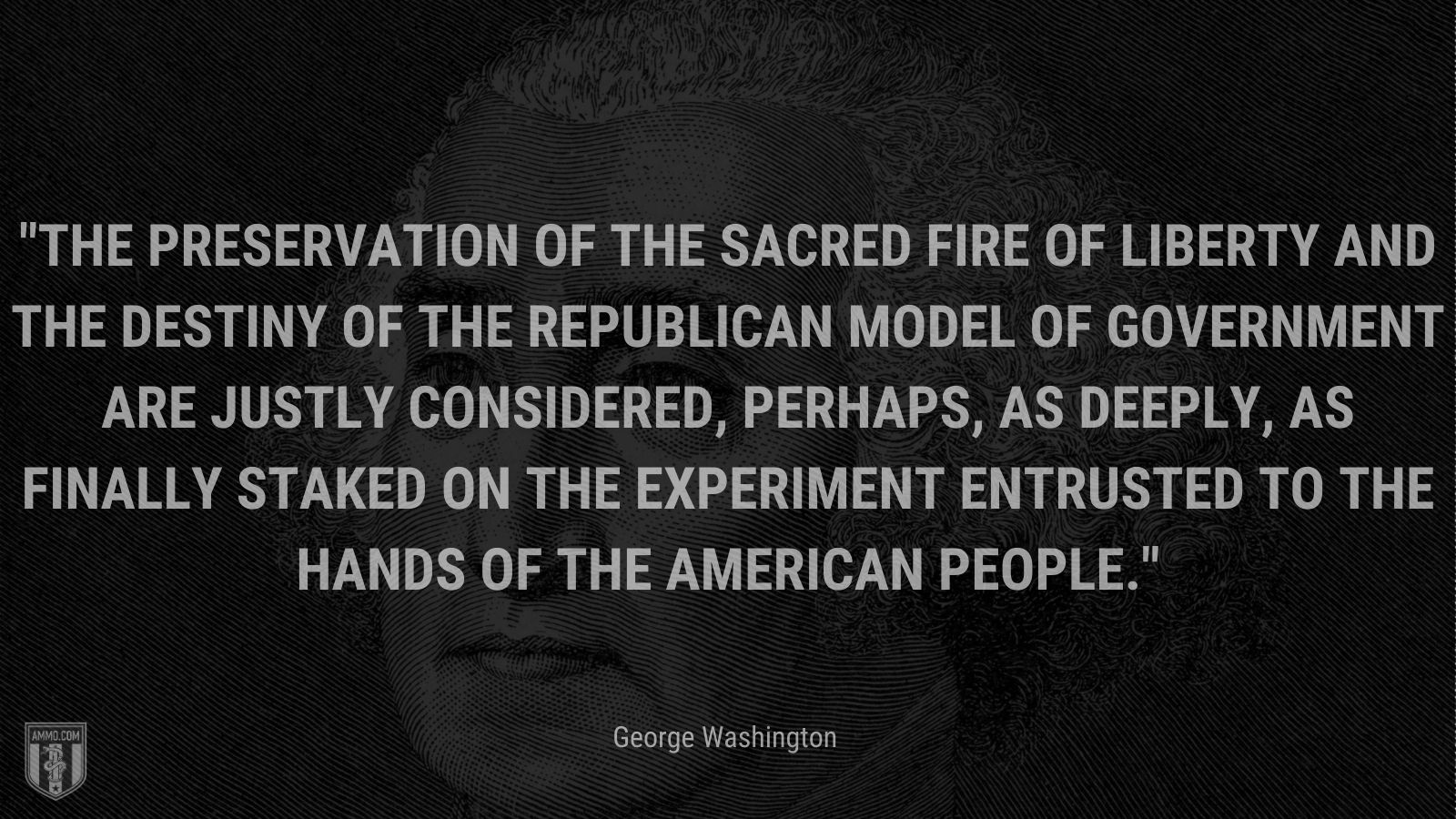 “The preservation of the sacred fire of liberty and the destiny of the republican model of government are justly considered, perhaps, as deeply, as finally staked on the experiment entrusted to the hands of the American people.” 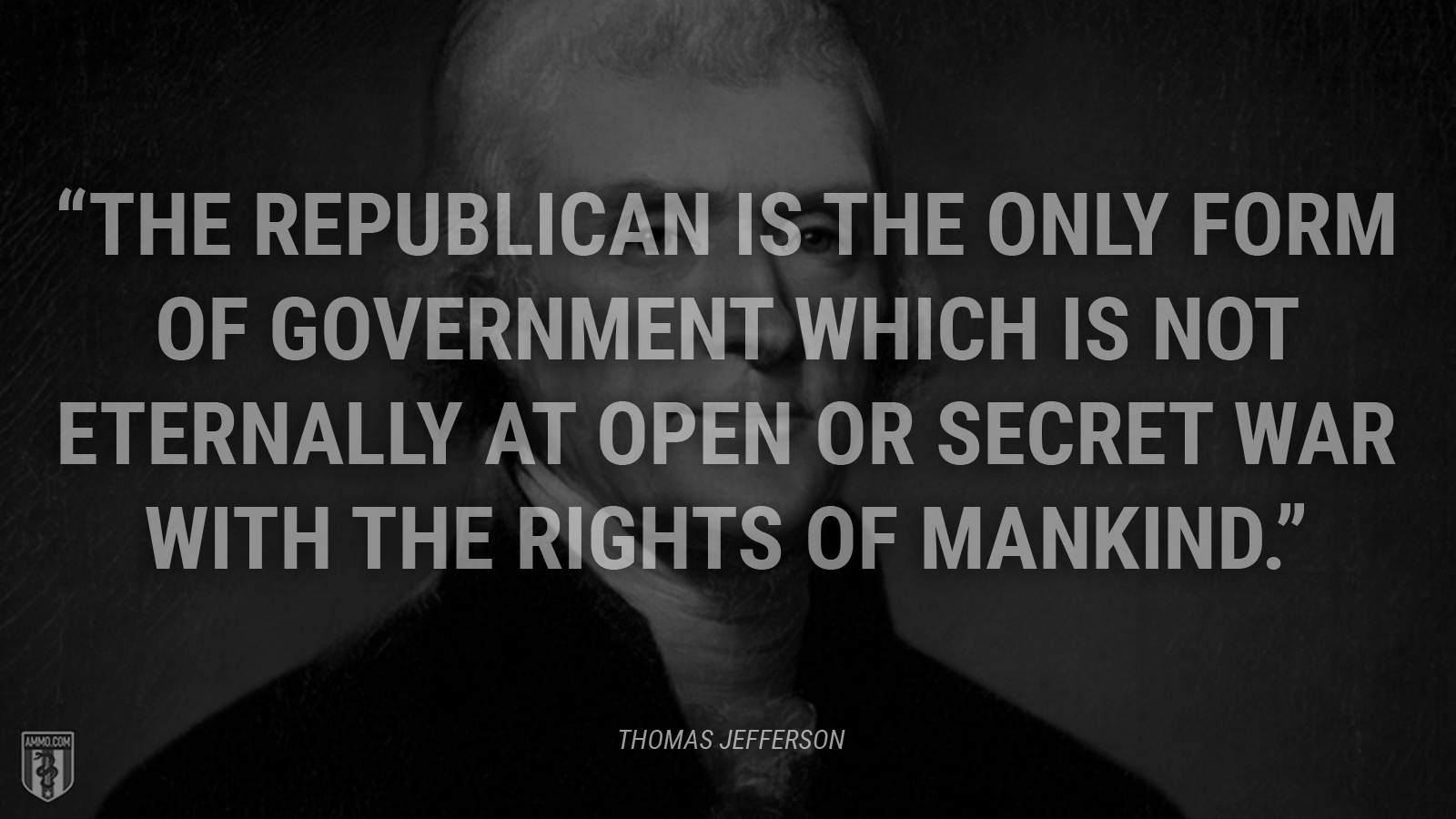 “The republican is the only form of government which is not eternally at open or secret war with the rights of mankind.” 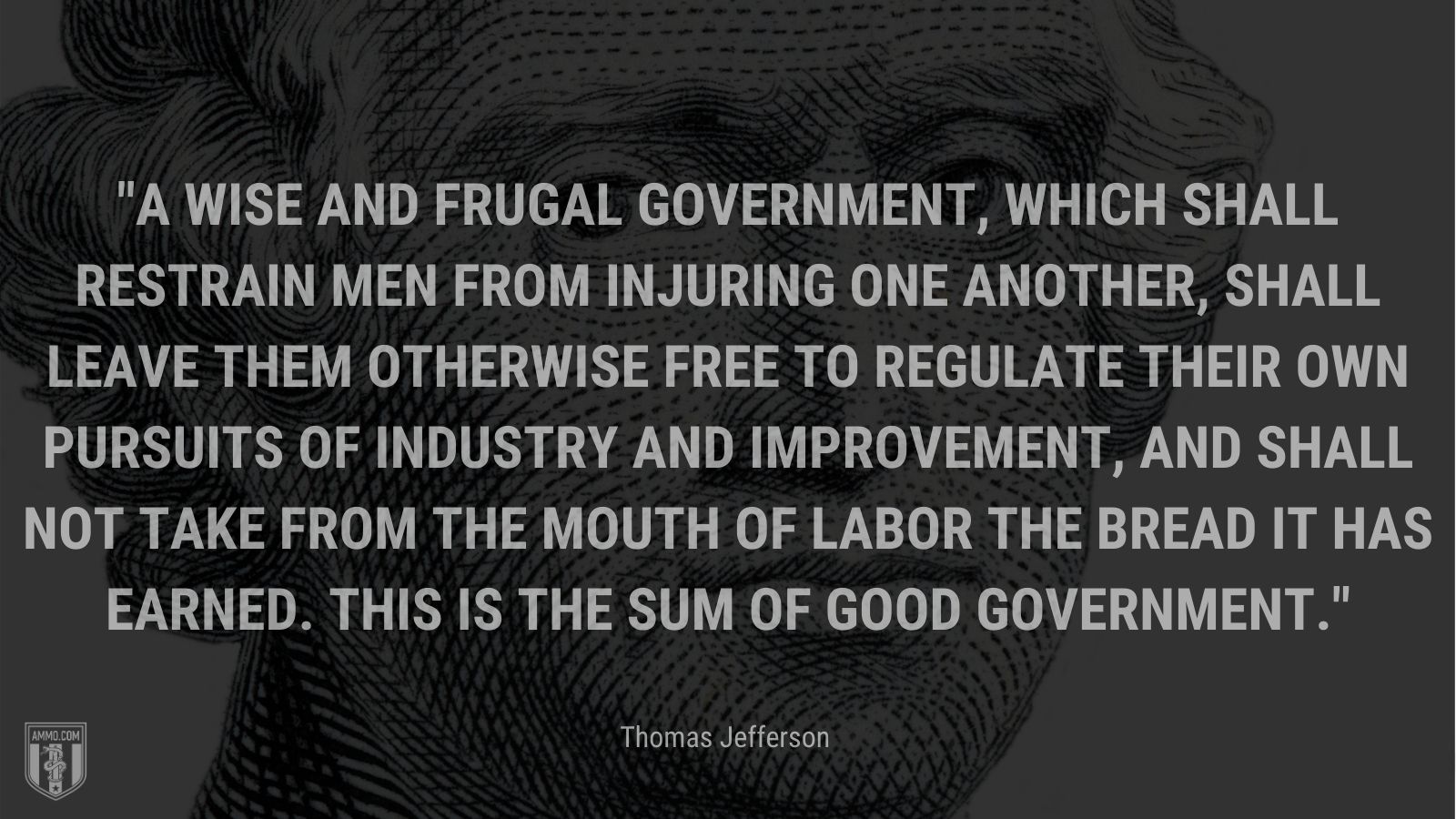 “A wise and frugal Government, which shall restrain men from injuring one another, shall leave them otherwise free to regulate their own pursuits of industry and improvement, and shall not take from the mouth of labor the bread it has earned. This is the sum of good government.” 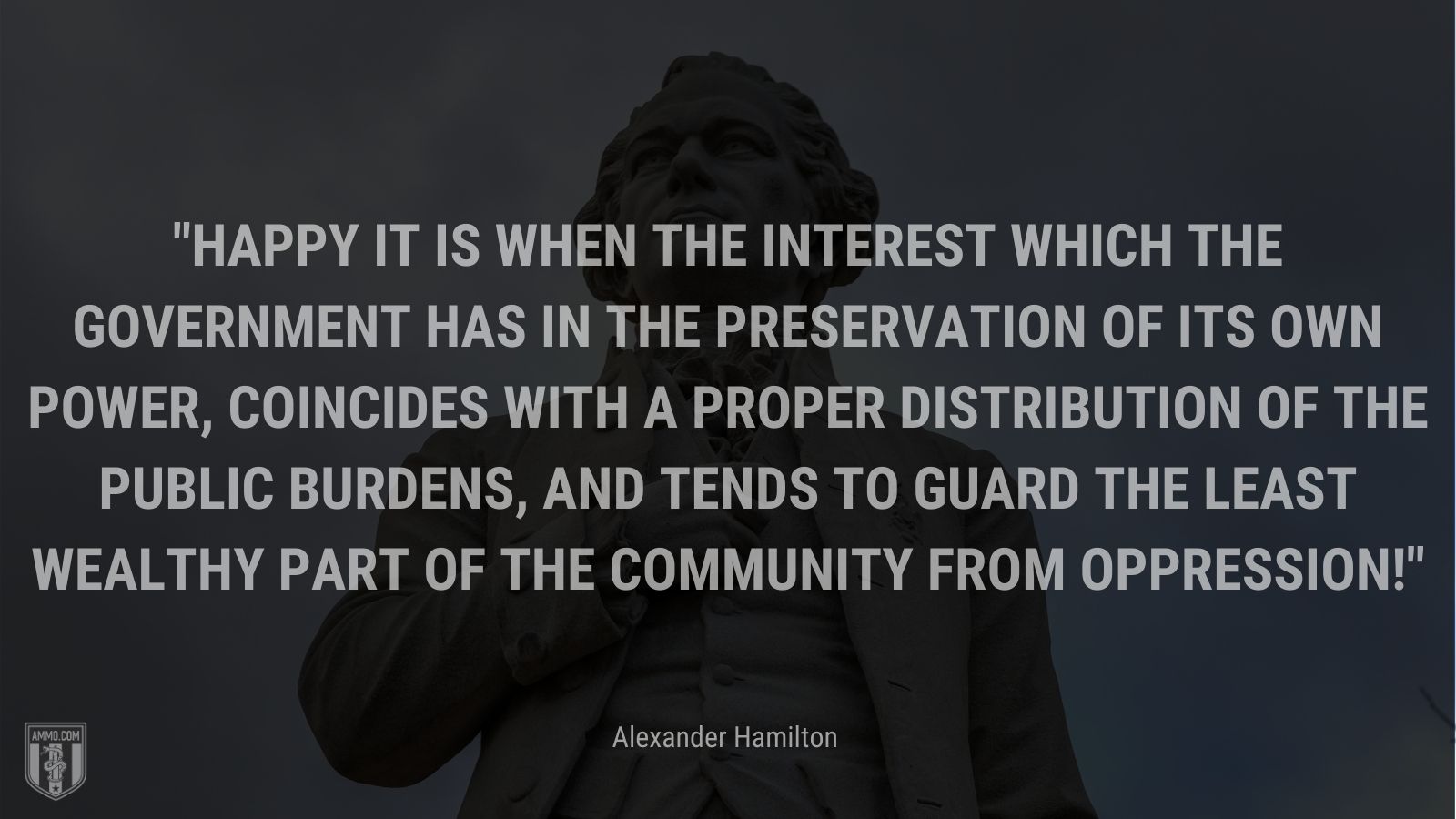 “Happy it is when the interest which the government has in the preservation of its own power, coincides with a proper distribution of the public burdens, and tends to guard the least wealthy part of the community from oppression!” 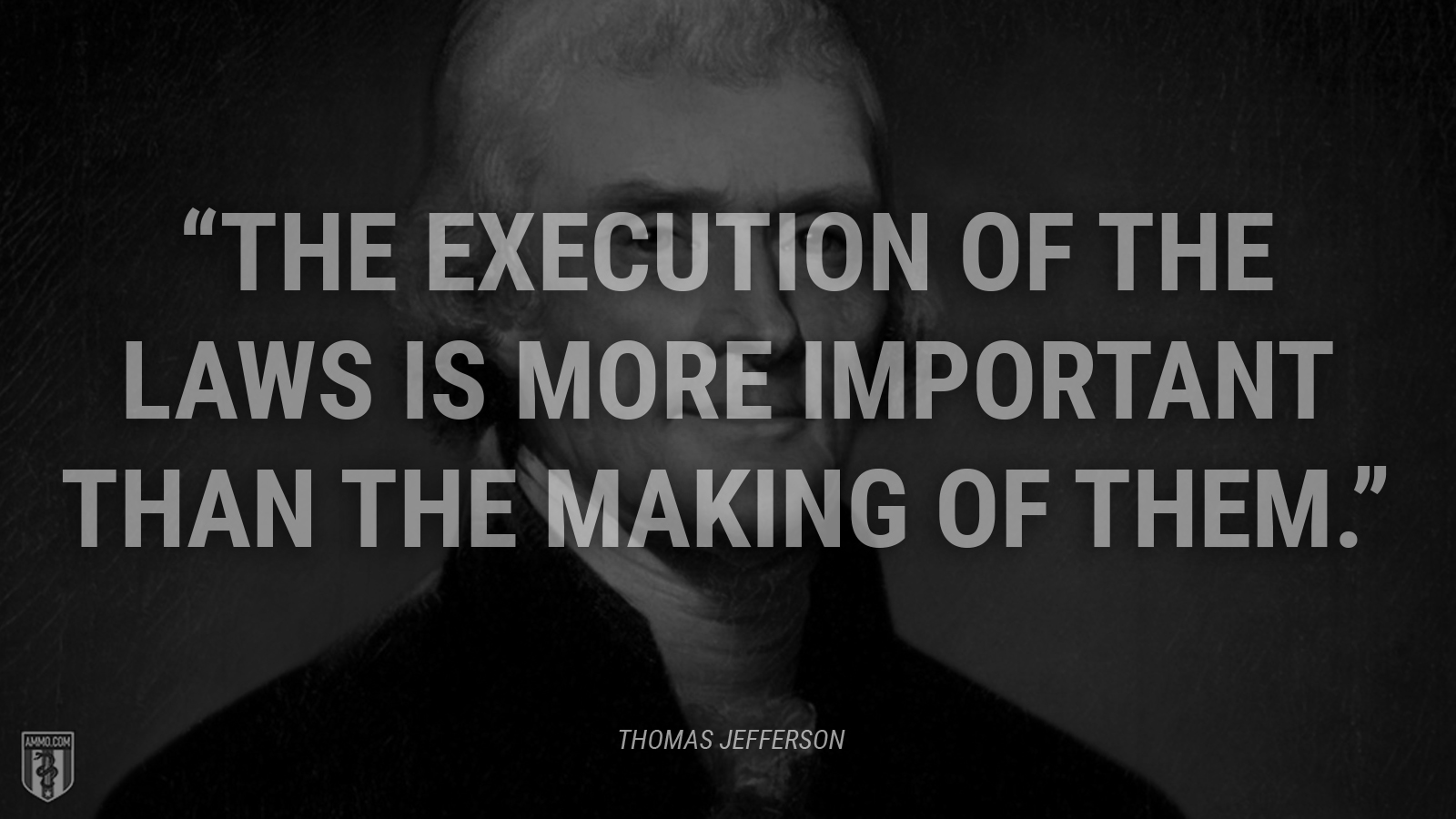 “The execution of the laws is more important than the making of them.” 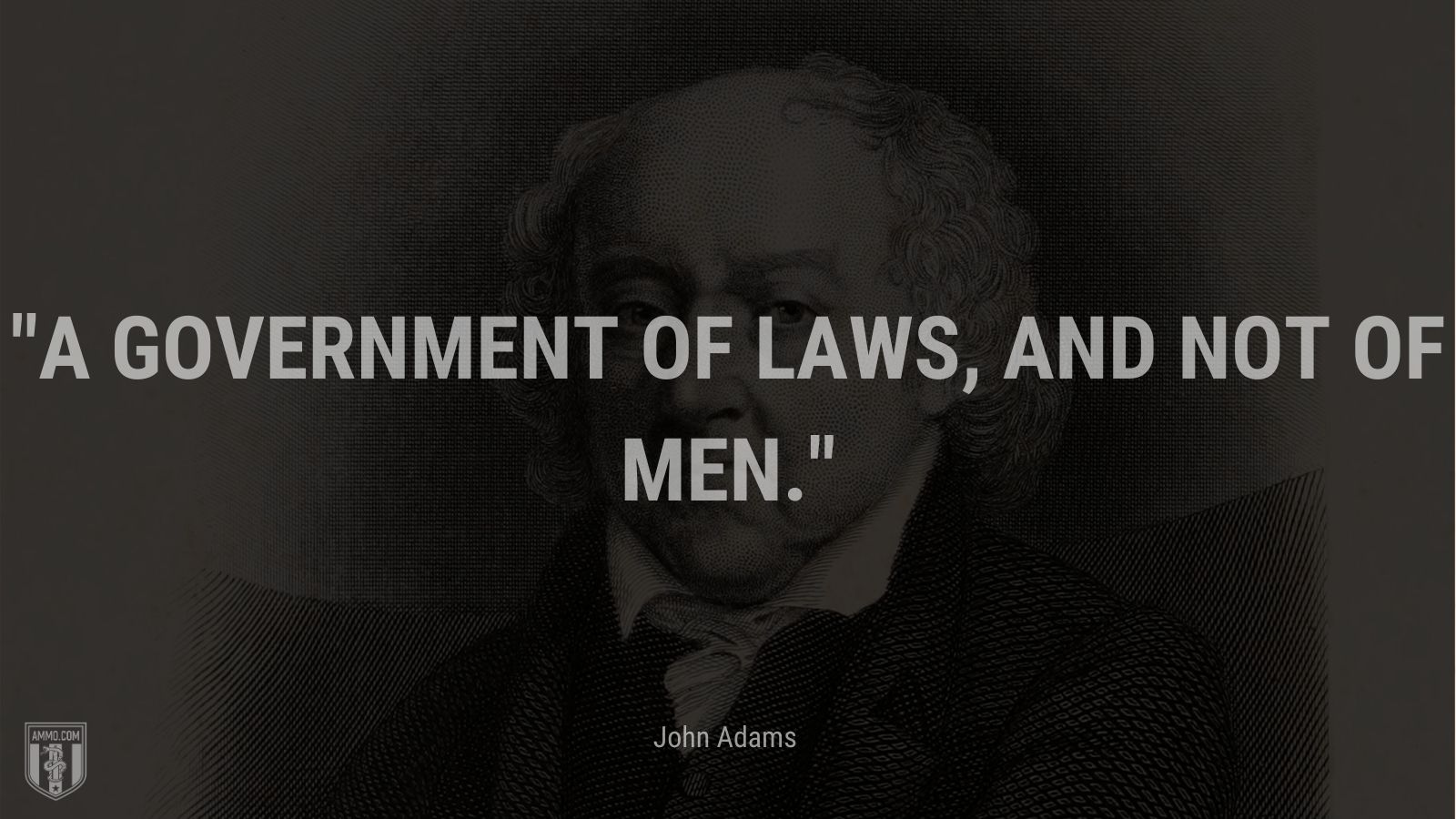 “A government of laws, and not of men.” 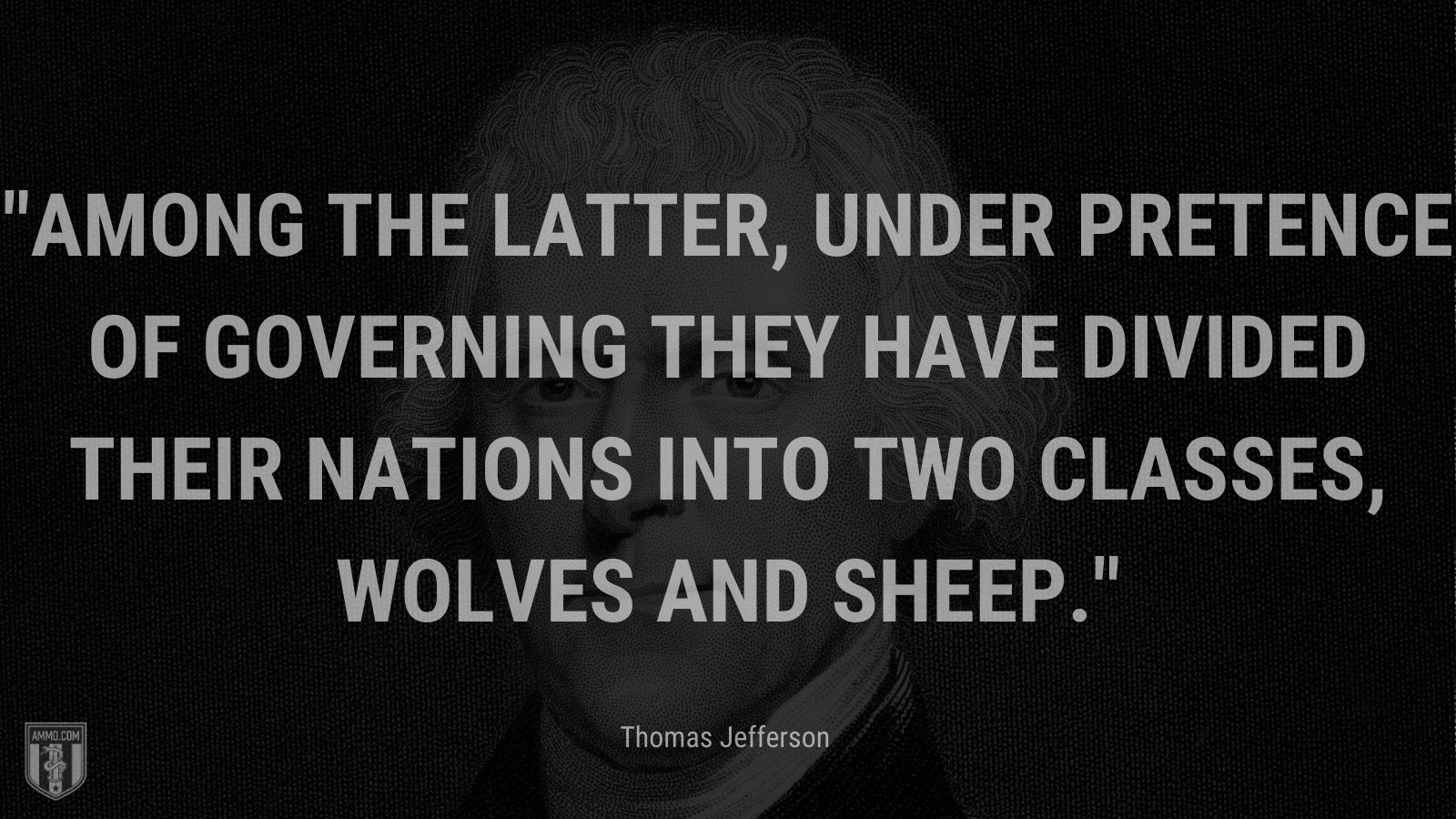 “Among the latter, under pretence of governing they have divided their nations into two classes, wolves and sheep.” 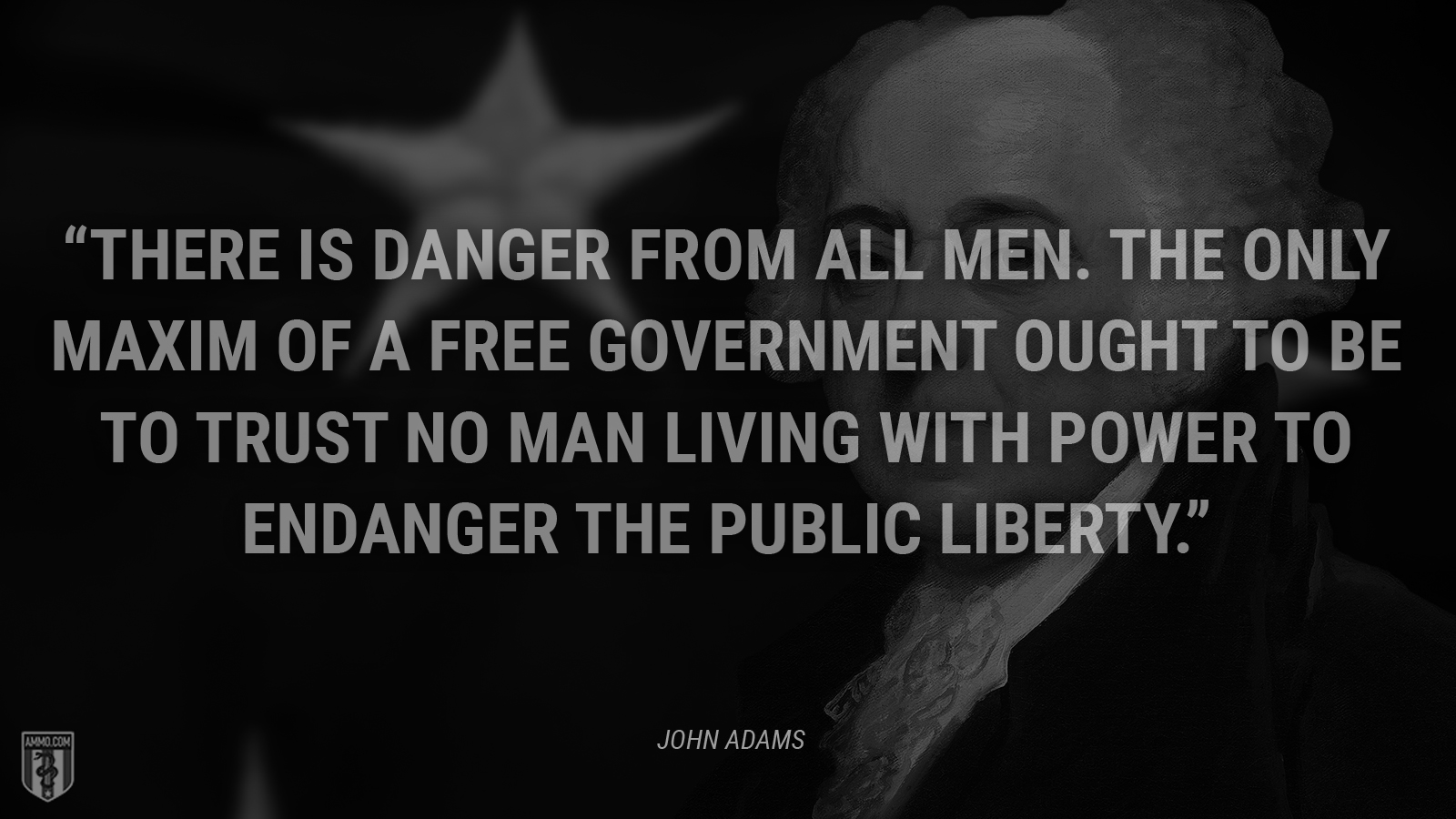 “There is danger from all men. The only maxim of a free government ought to be to trust no man living with power to endanger the public liberty.” 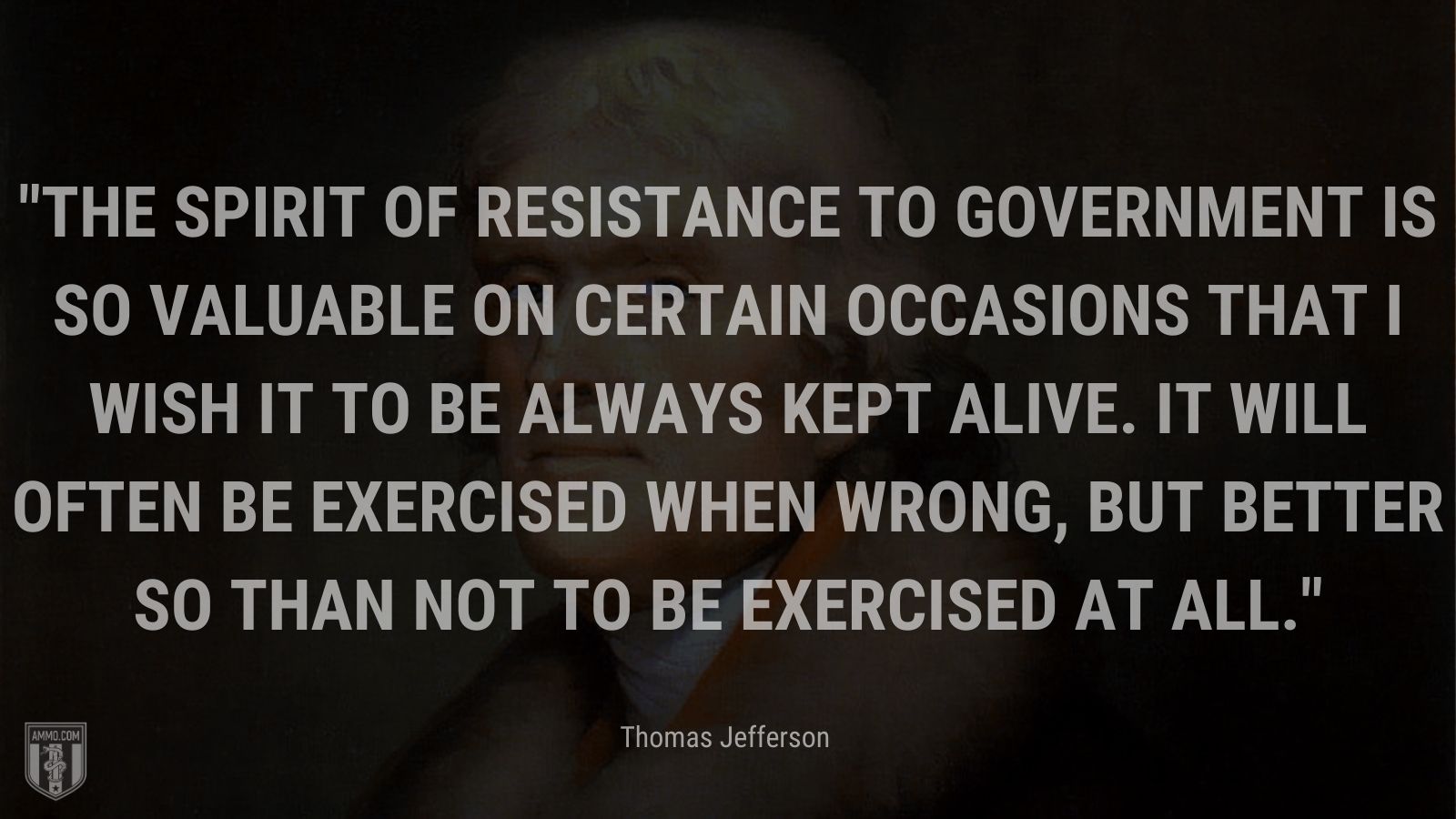 “The spirit of resistance to government is so valuable on certain occasions that I wish it to be always kept alive. It will often be exercised when wrong, but better so than not to be exercised at all.” 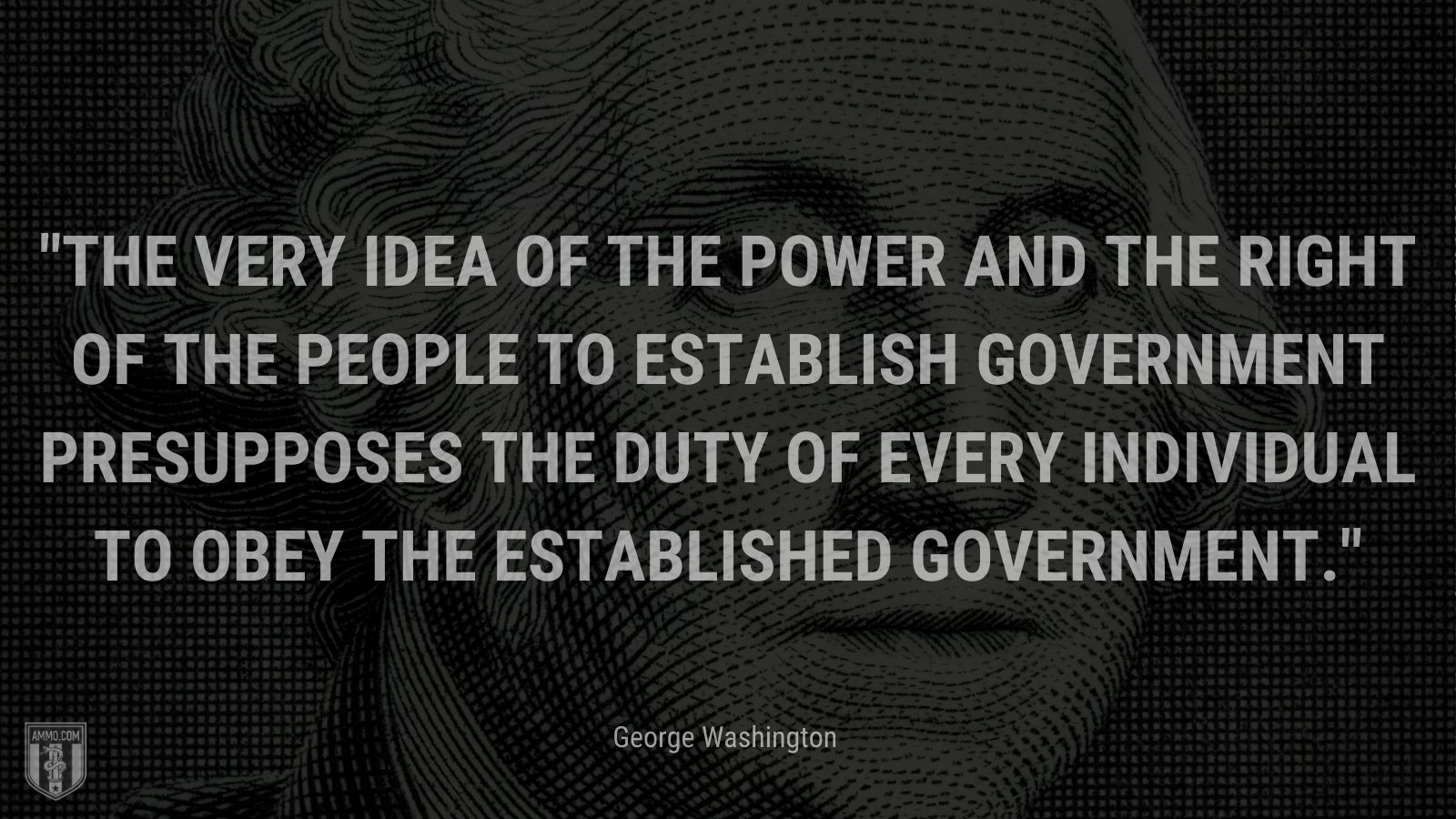 “The very idea of the power and the right of the People to establish Government presupposes the duty of every Individual to obey the established Government.” 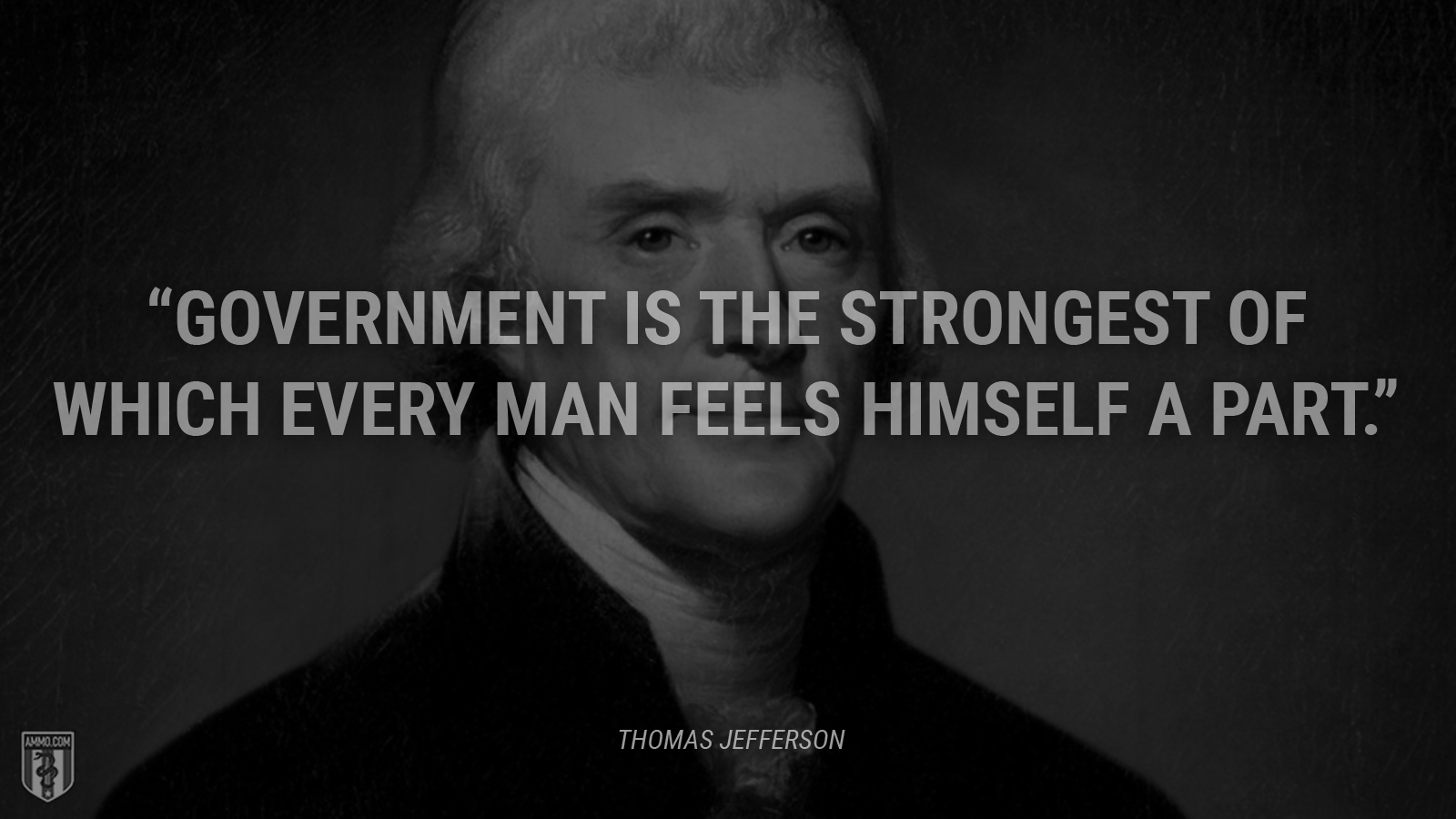 “Government is the strongest of which every man feels himself a part.” 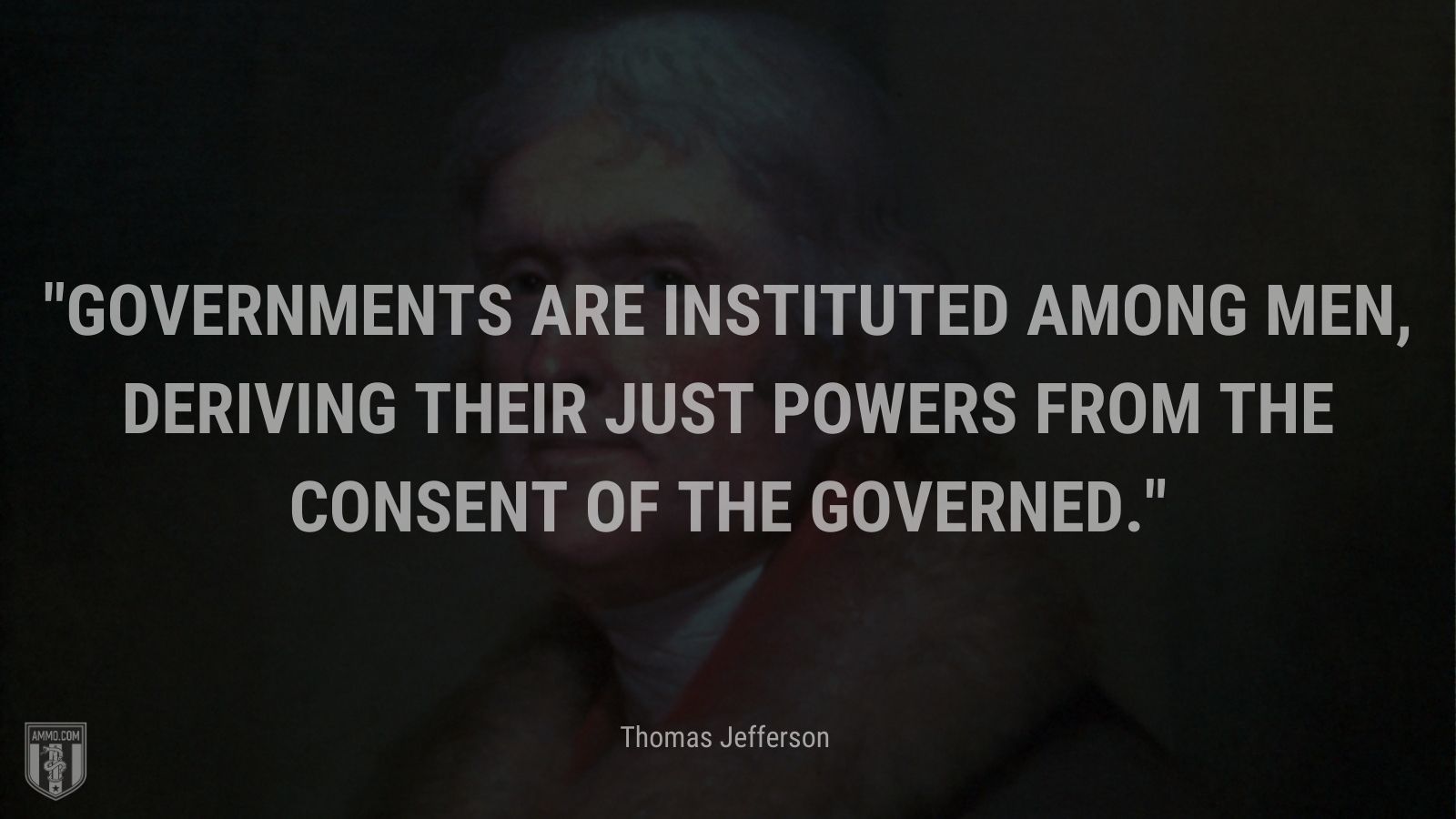 “Governments are instituted among men, deriving their just powers from the consent of the governed.” 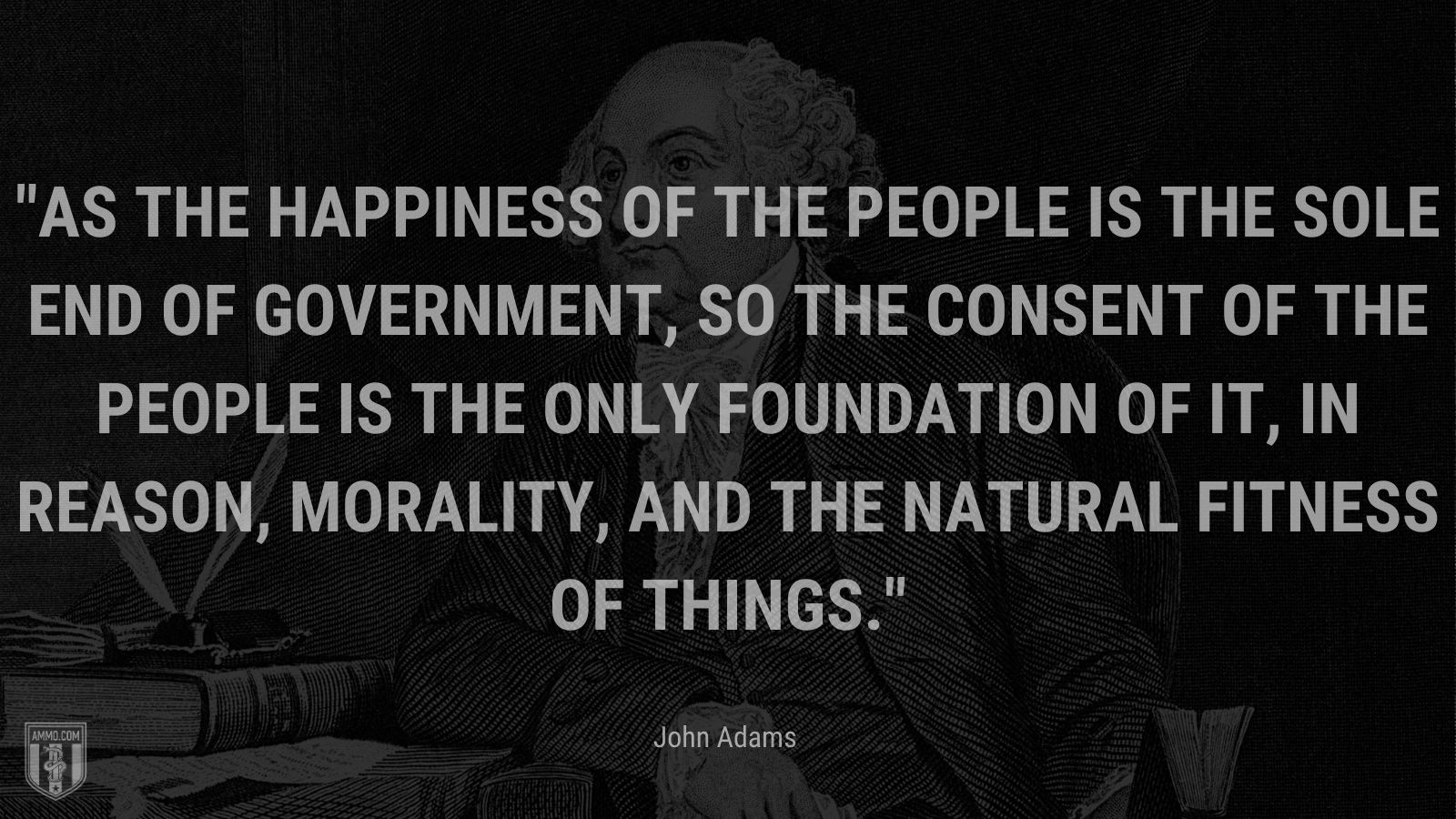 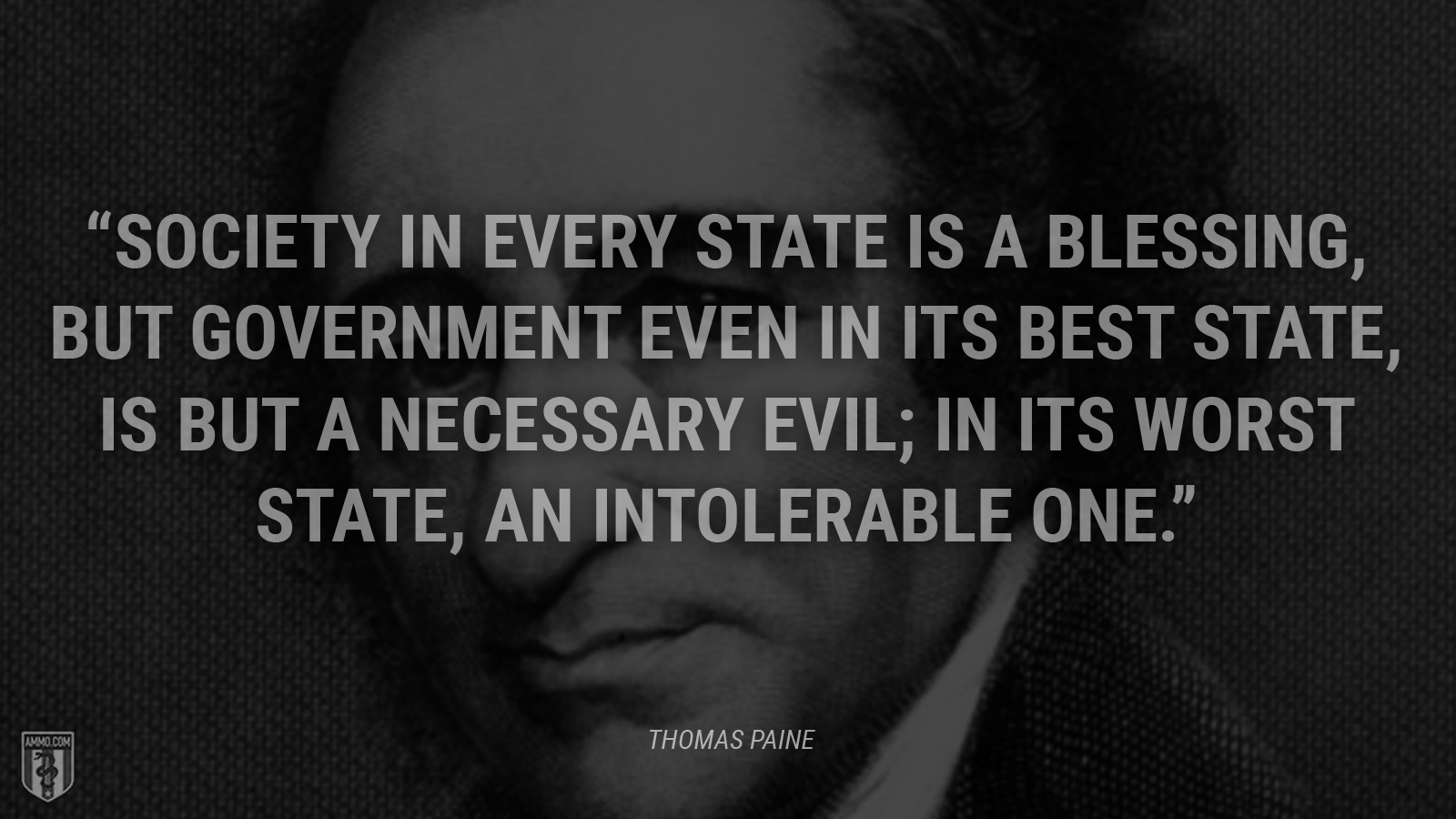 “Society in every state is a blessing, but government even in its best state, is but a necessary evil; in its worst state, an intolerable one.” 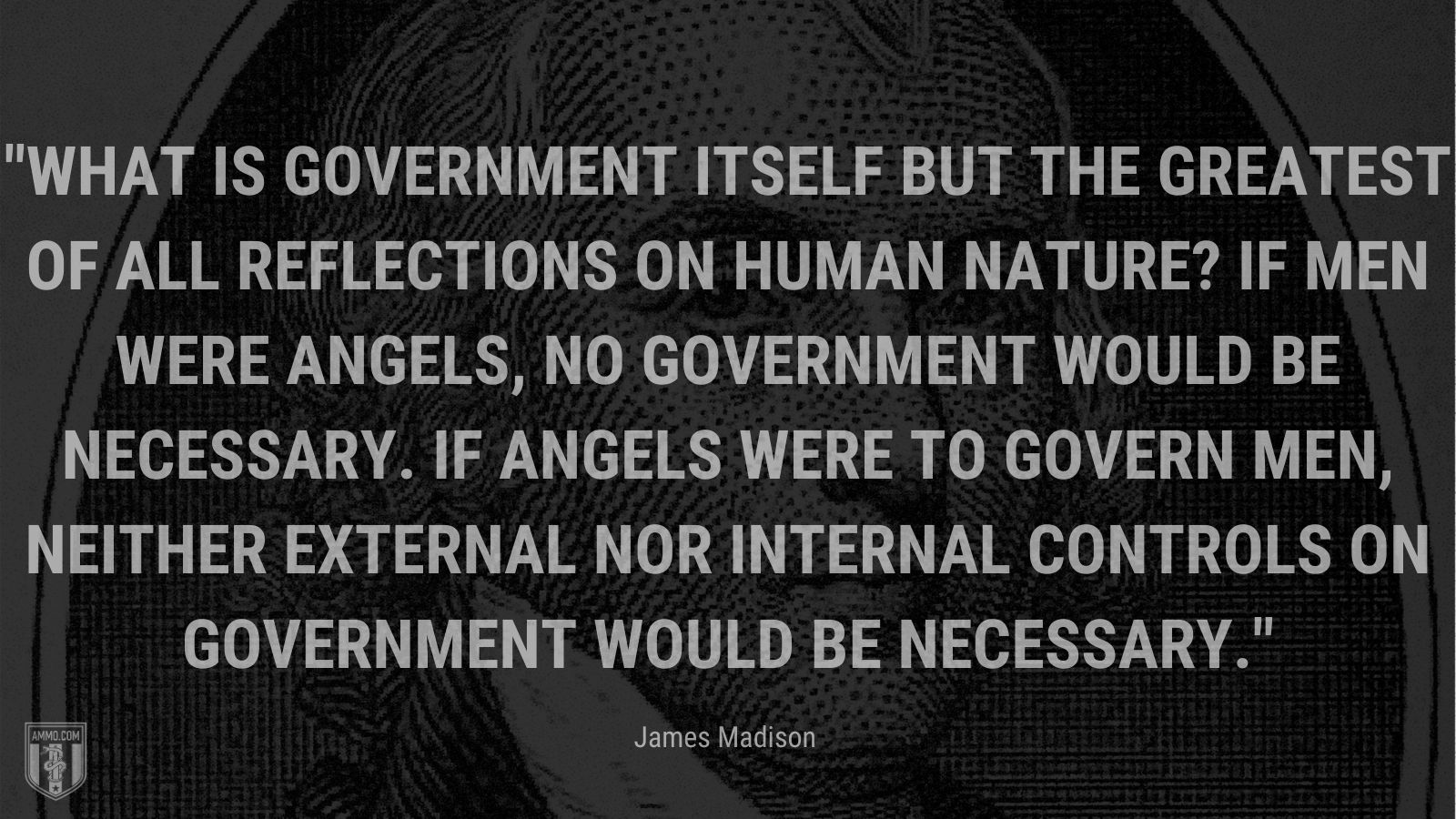 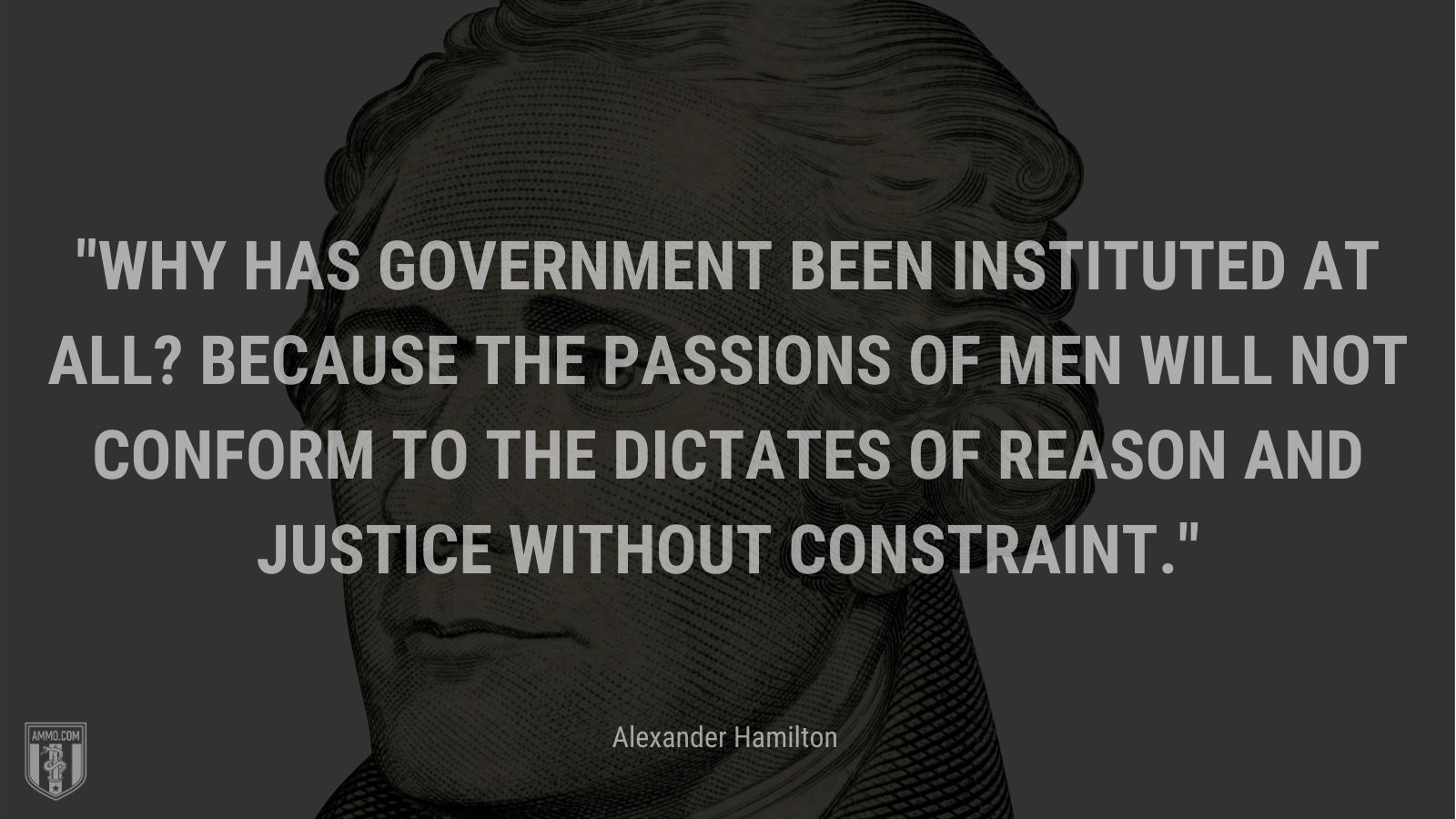 “Why has government been instituted at all? Because the passions of men will not conform to the dictates of reason and justice without constraint.” 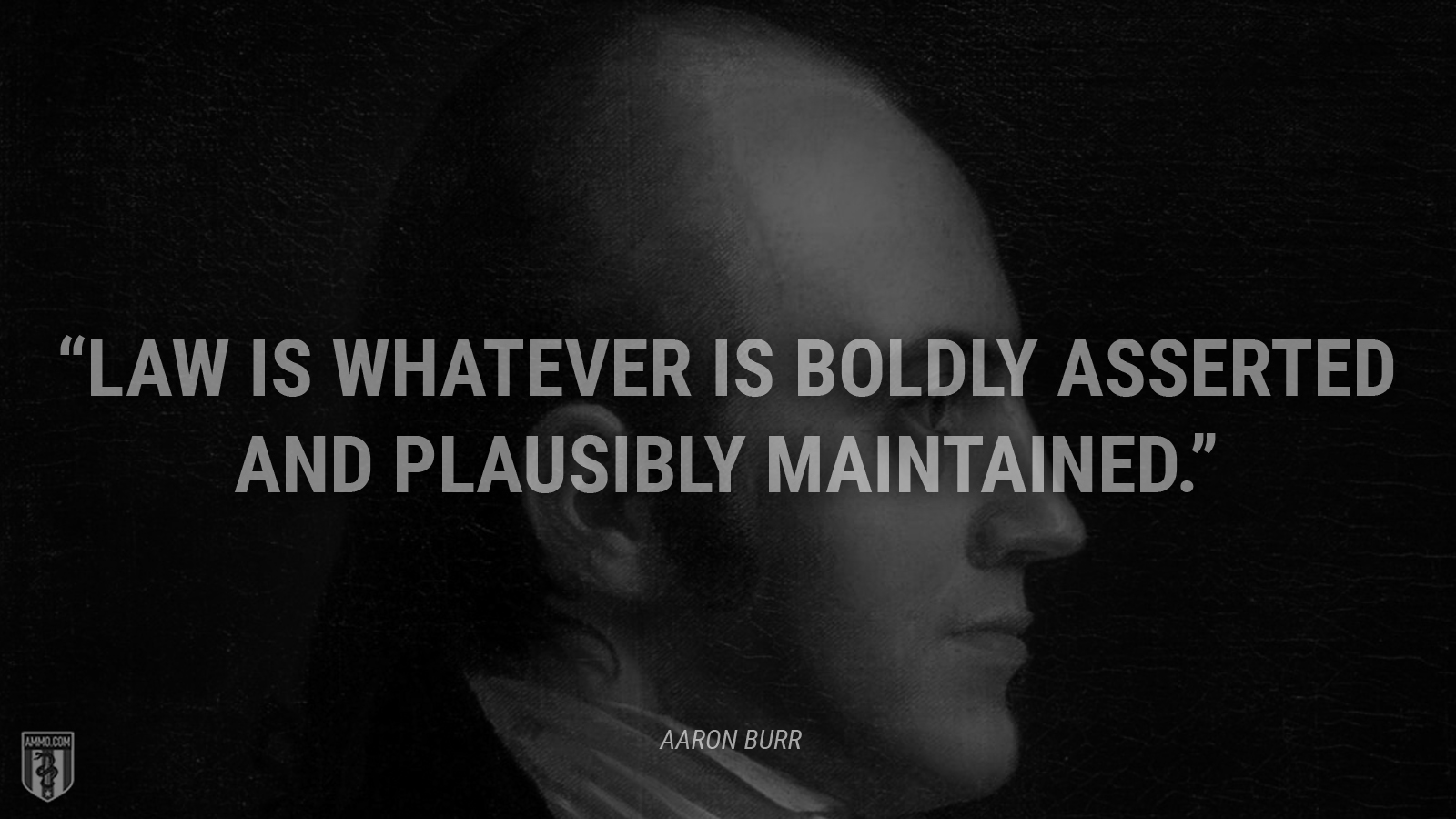 “Law is whatever is boldly asserted and plausibly maintained.” 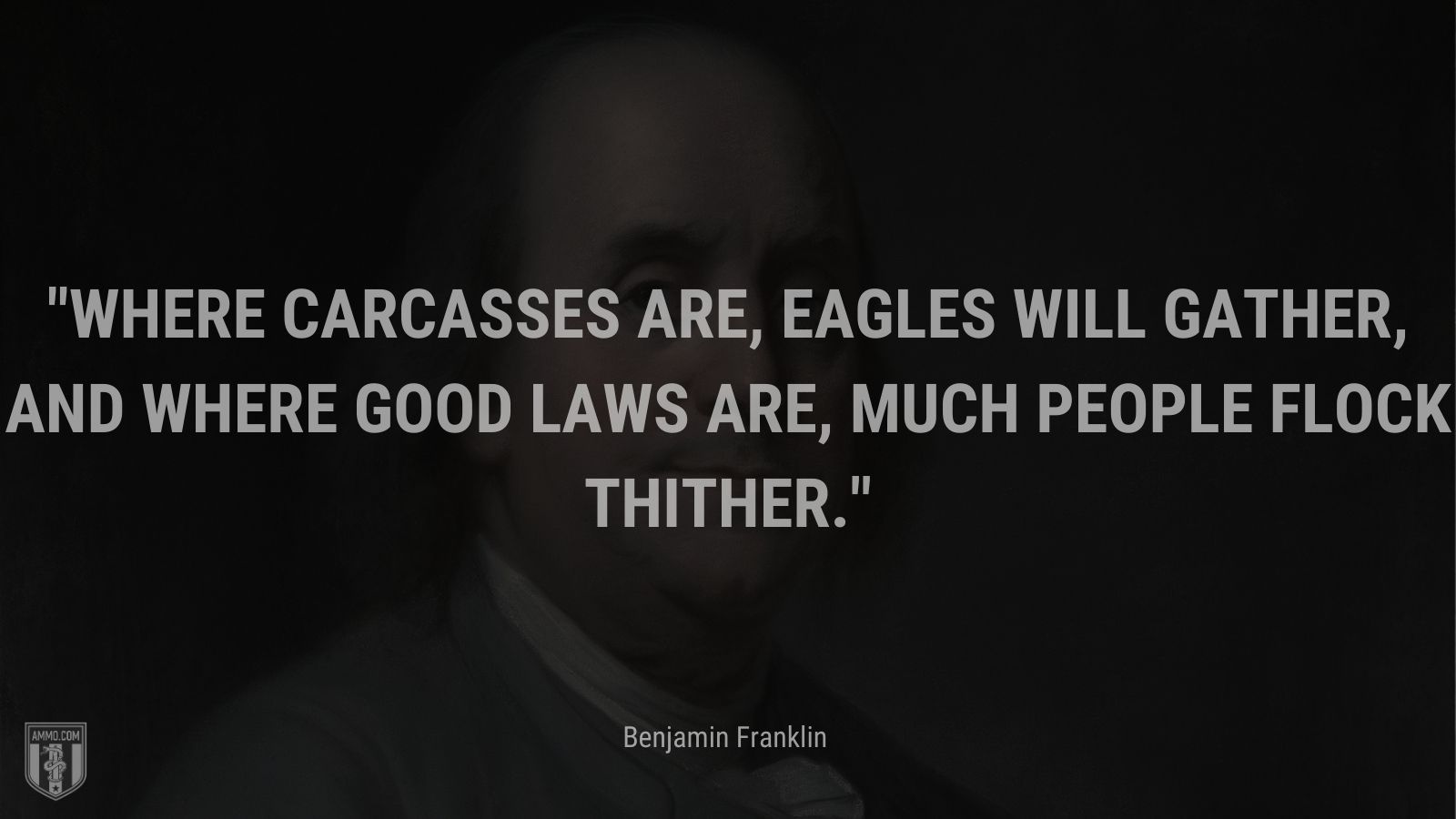 “Where carcasses are, eagles will gather, And where good laws are, much people flock thither.” 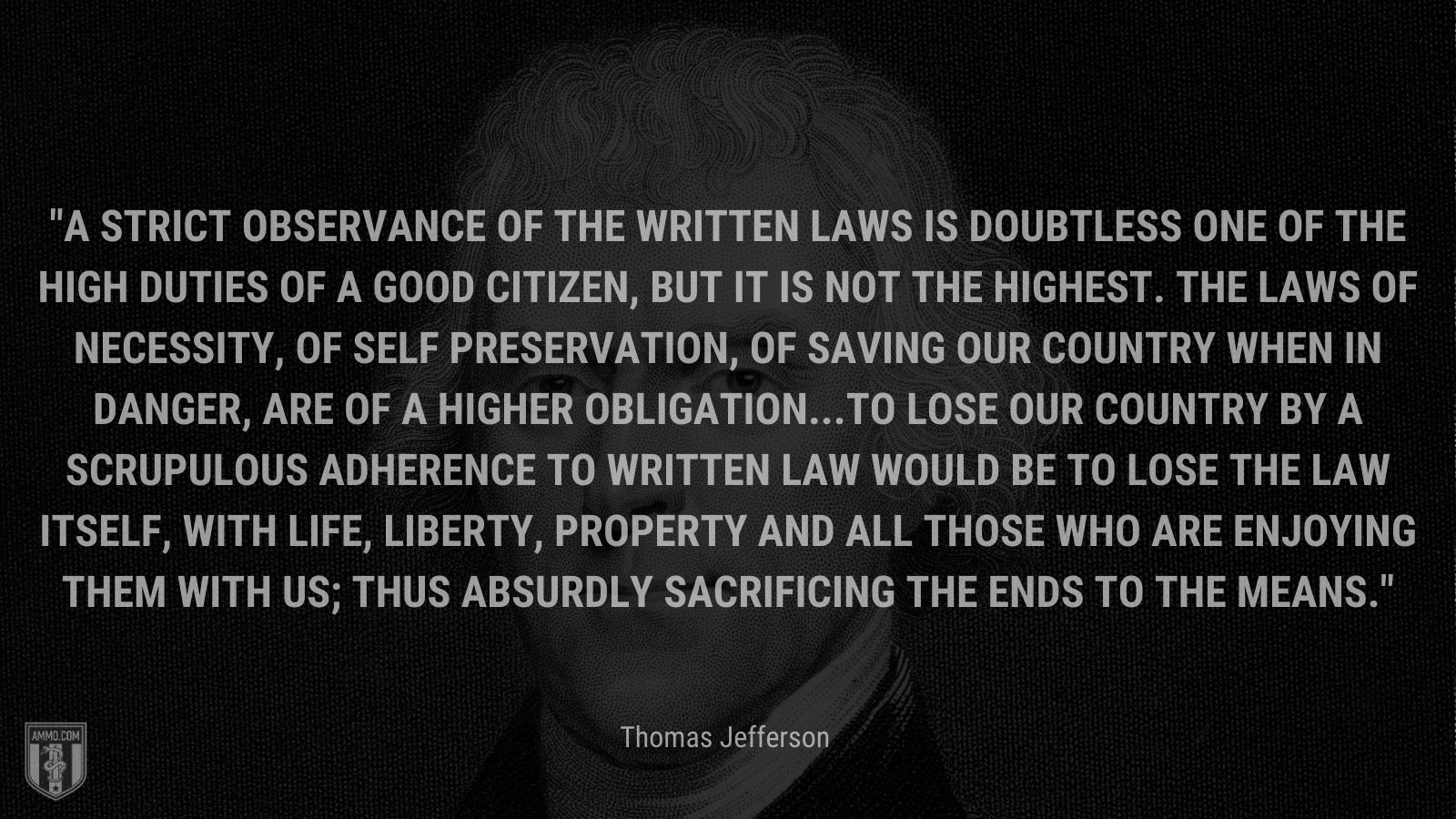 “A strict observance of the written laws is doubtless one of the high duties of a good citizen, but it is not the highest. The laws of necessity, of self preservation, of saving our country when in danger, are of a higher obligation...To lose our country by a scrupulous adherence to written law would be to lose the law itself, with life, liberty, property and all those who are enjoying them with us; thus absurdly sacrificing the ends to the means.” 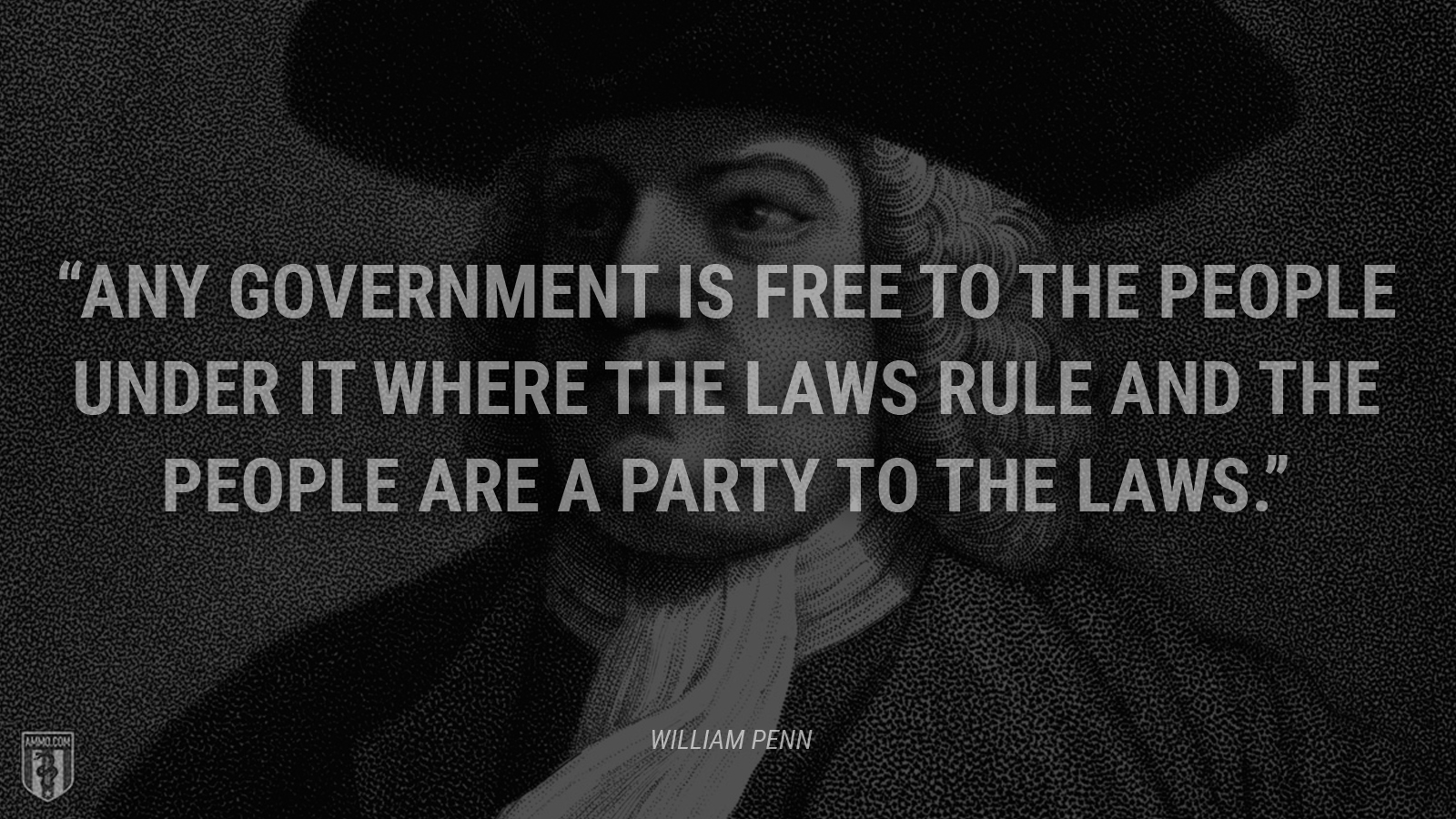 “Any government is free to the people under it where the laws rule and the people are a party to the laws.”