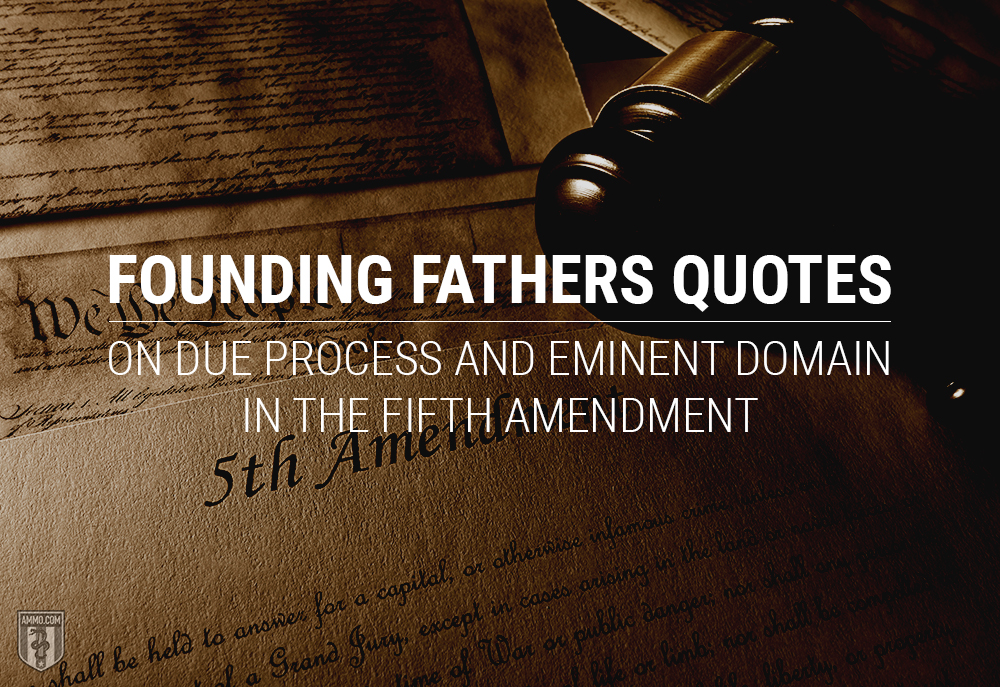 “No person shall be held to answer for a capital, or otherwise infamous crime, unless on a presentment or indictment of a Grand Jury, except in cases arising in the land or naval forces, or in the Militia, when in actual service in time of War or public danger; nor shall any person be subject for the same offence to be twice put in jeopardy of life or limb; nor shall be compelled in any criminal case to be a witness against himself, nor be deprived of life, liberty, or property, without due process of law; nor shall private property be taken for public use, without just compensation.”

The Fifth Amendment is often thought of as the right against self-incrimination, but there’s much more to it than that. It's the basis of precisely how due process works in the United States. You cannot be sent to jail or have your property taken for no reason, though civil asset forfeiture and red flag laws have greatly undermined this. You cannot be forced to testify against yourself. And you cannot be tried twice for the same crime.

The fact is that sometimes guilty people go free, and that's not a mistake. Indeed, the Founders considered it of paramount importance that it be difficult to convict people of crimes and send them to jail. No less an authority than Benjamin Franklin postulated that it was better for 100 guilty men to escape justice than for one innocent man to be falsely imprisoned. This right has been eroded to some extent by eminent domain, which allows for the government to seize property for what it considers to be compelling public interests.

“That no Person or Persons shall or may, at any Time hereafter, be obliged to answer any Complaint, Matter or Thing whatsoever, relating to Property, before the Governor and Council, or in any other Place, but in ordinary Course of Justice, unless Appeals thereunto shall be hereafter by Law appointed.” 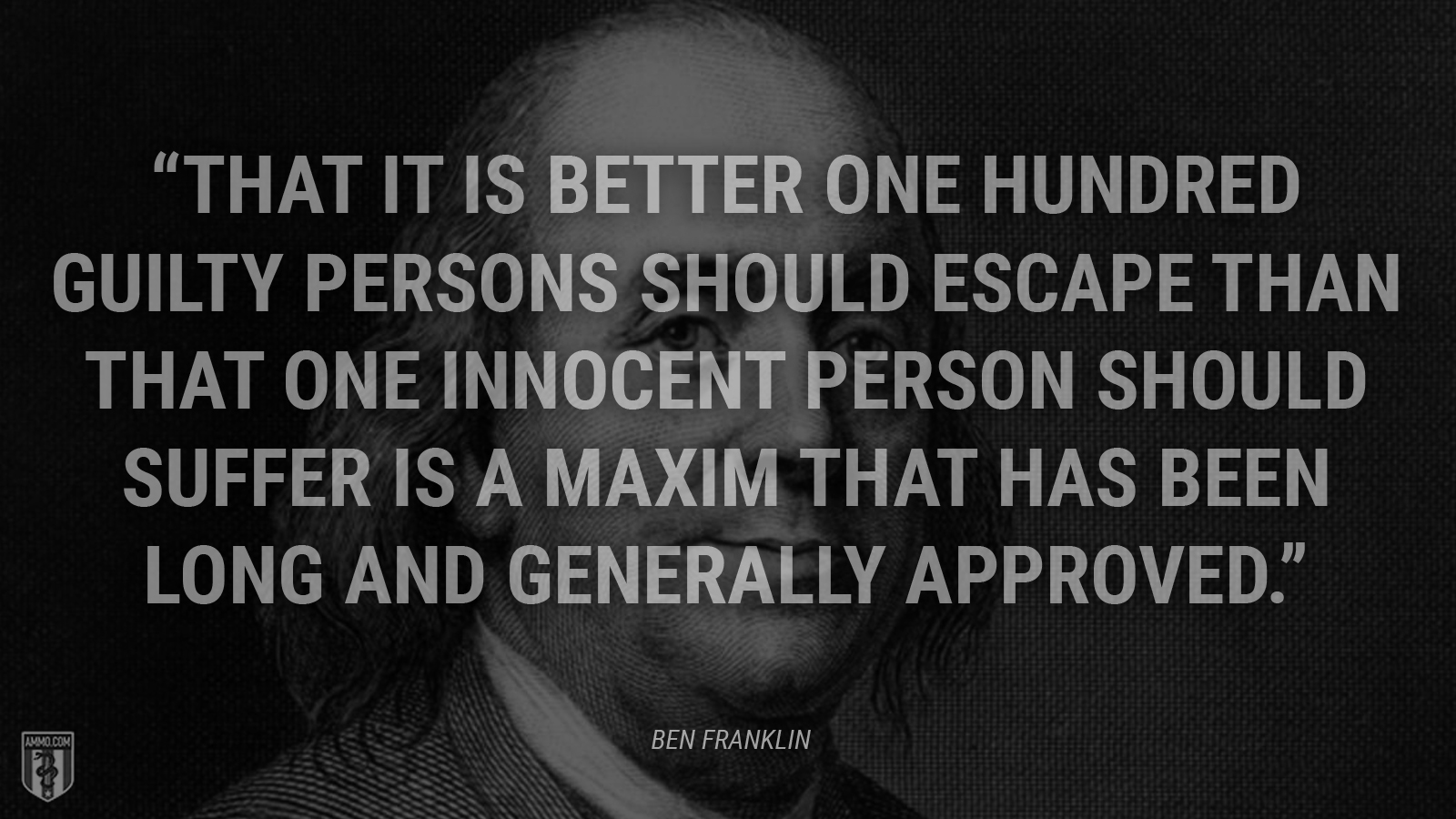 “That it is better one hundred guilty persons should escape than that one innocent person should suffer is a maxim that has been long and generally approved.”

“That no free government, nor the blessings of liberty, can be preserved to any people, but by a firm adherence to justice, moderation, temperance, frugality, and virtue; by frequent recurrence to fundamental principles; and by the recognition by all citizens that they have duties as well as rights, and that such rights cannot be enjoyed save in a society where law is respected and due process is observed.” 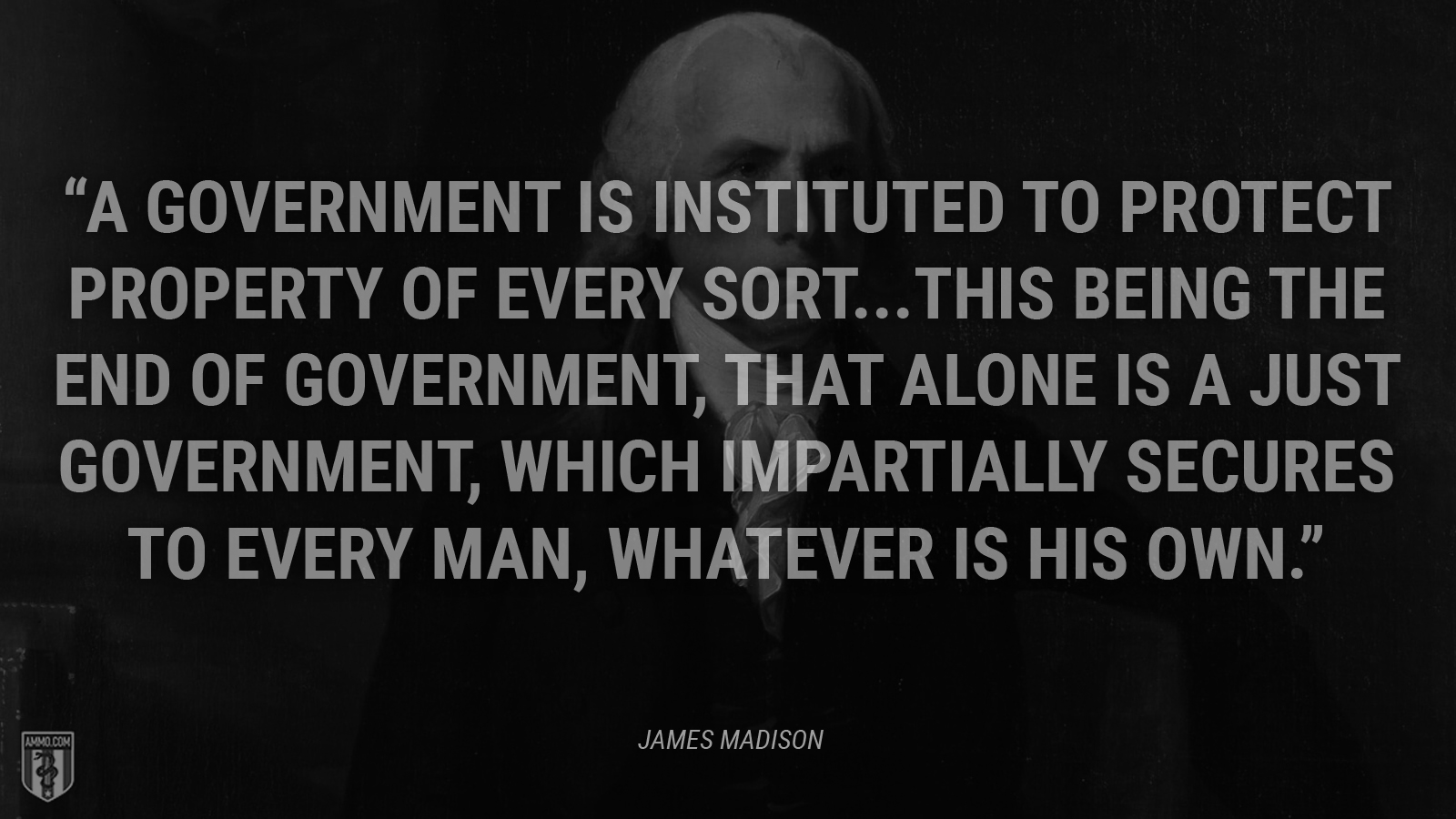 “A Government is instituted to protect property of every sort...This being the end of government, that alone is a just government, which impartially secures to every man, whatever is his own.”

“The moment the idea is admitted into society, that property is not as sacred as the laws of God, and that there is not a force of law and public justice to protect it, anarchy and tyranny commence. If 'Thou shalt not covet,' and 'Thou shalt not steal,' were not commandments of Heaven, they must be made inviolable precepts in every society, before it can be civilized or made free.” 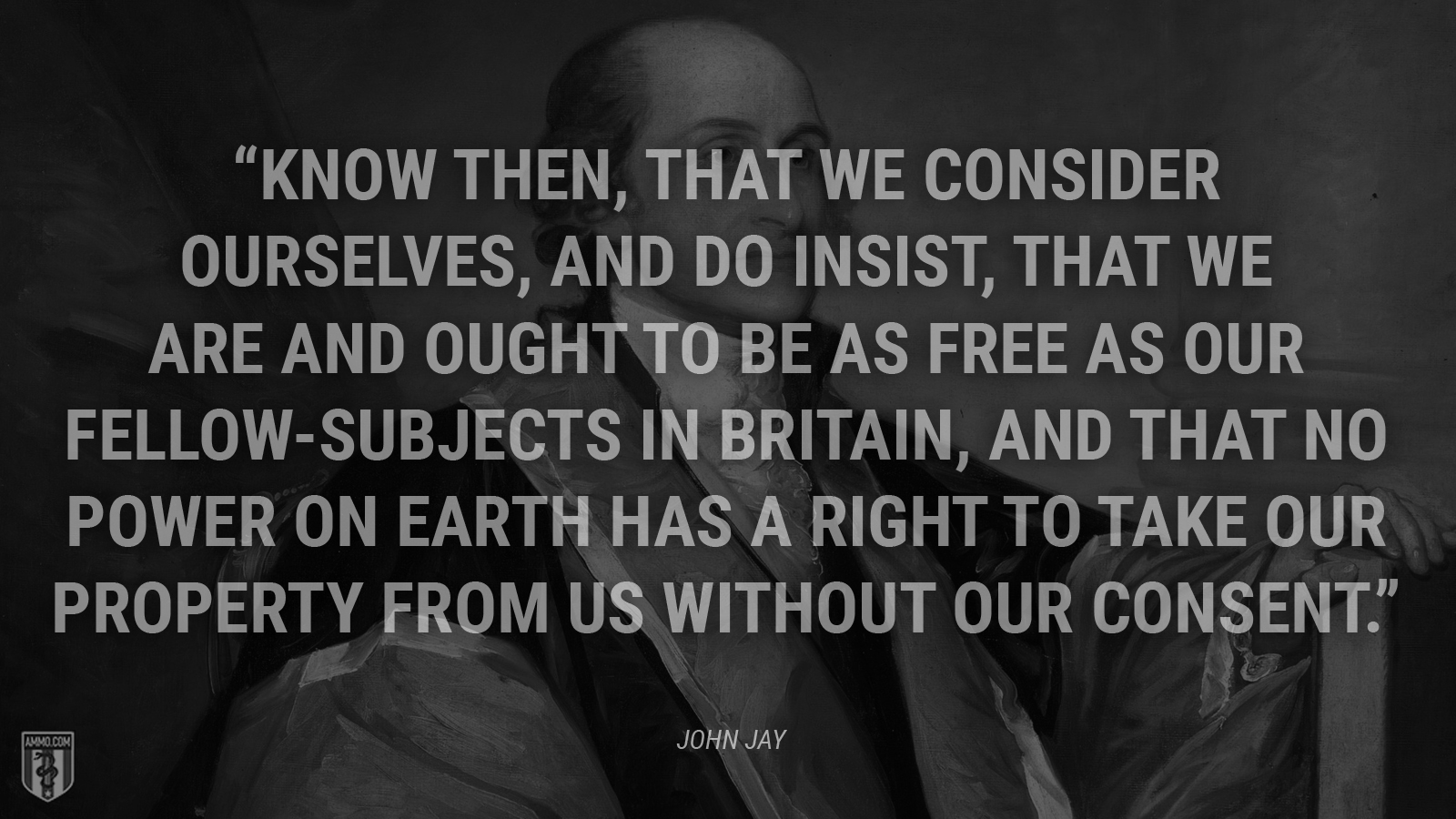 “Know then, That we consider ourselves, and do insist, that we are and ought to be as free as our fellow-subjects in Britain, and that no power on earth has a right to take our property from us without our consent.”

“That elections of members to serve as representatives of the people, in assembly, ought to be free; and that all men, having sufficient evidence of permanent common interest with, and attachment to, the community, have the right of suffrage, and cannot be taxed or deprived of their property for public uses, without their own consent, or that of their representatives so elected, nor bound by any law to which they have not, in like manner, assembled, for the public good.”