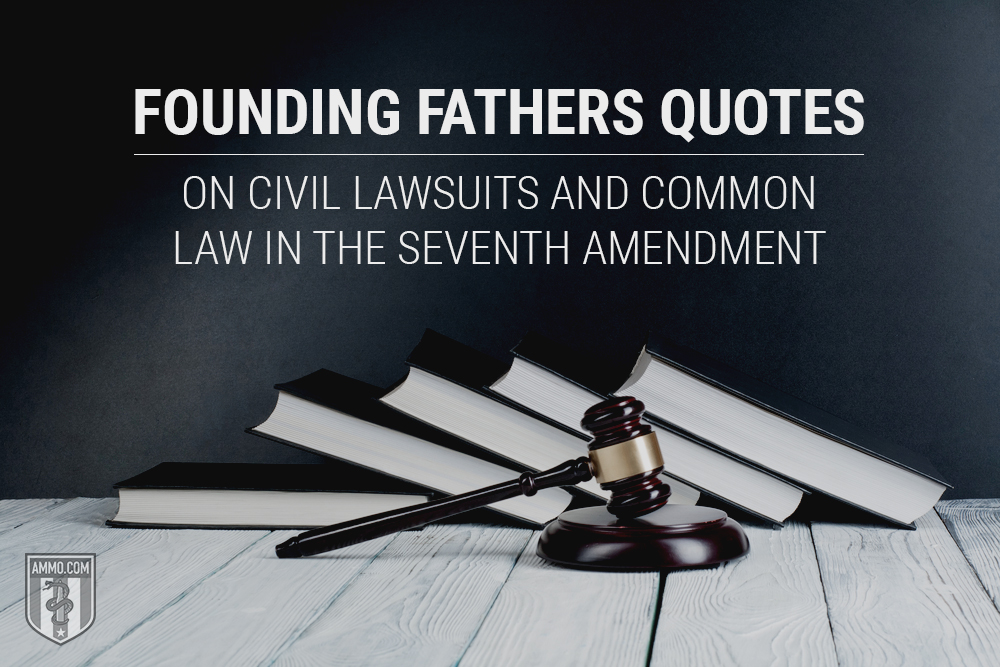 “In Suits at common law, where the value in controversy shall exceed twenty dollars, the right of trial by jury shall be preserved, and no fact tried by a jury, shall be otherwise re-examined in any Court of the United States, than according to the rules of the common law.”

The Seventh Amendment pertains to civil litigation and effectively puts the popular voice – the jury – into that as well as criminal trials. It also stipulates that this right does not exist for amounts less than $20. This sounds like a very low threshold today, but at the time, the average daily wage was $0.50, so $20 was a little more than the average wage of an average worker for an entire month.

Like the Sixth, this has been undermined by procedural changes in how our court system works. Much like the plea bargains of the criminal trial, civil trials have something called “summary judgment.” This is where a judge declares what he believes a reasonable jury might find in a lawsuit. This is, like the plea bargain, a way of clearing up a legal and judicial system that would otherwise be very clogged up and move at a glacial pace. 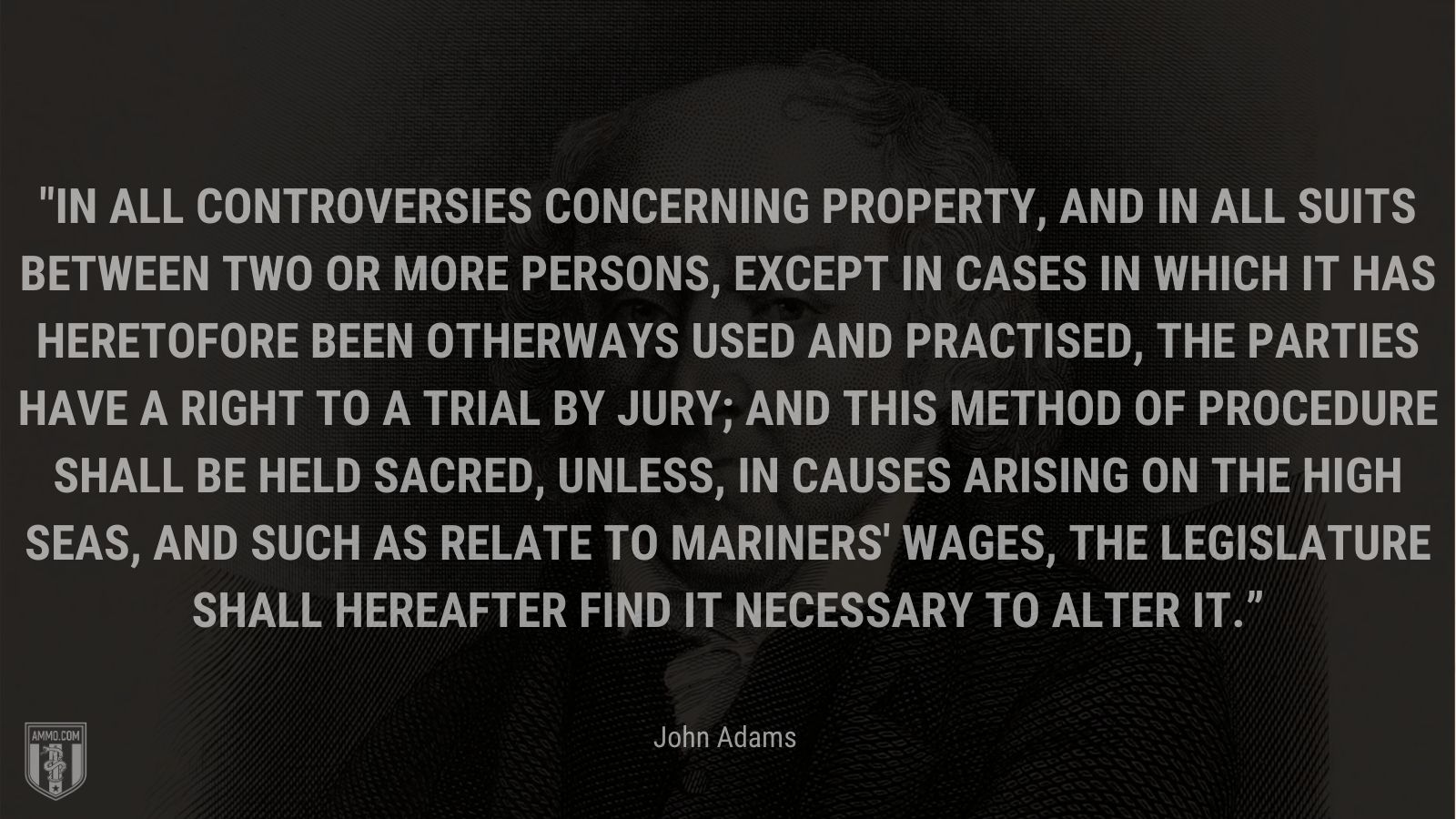 “In all controversies concerning property, and in all suits between two or more persons, except in cases in which it has heretofore been otherways used and practised, the parties have a right to a trial by jury; and this method of procedure shall be held sacred, unless, in causes arising on the high seas, and such as relate to mariners' wages, the legislature shall hereafter find it necessary to alter it.” 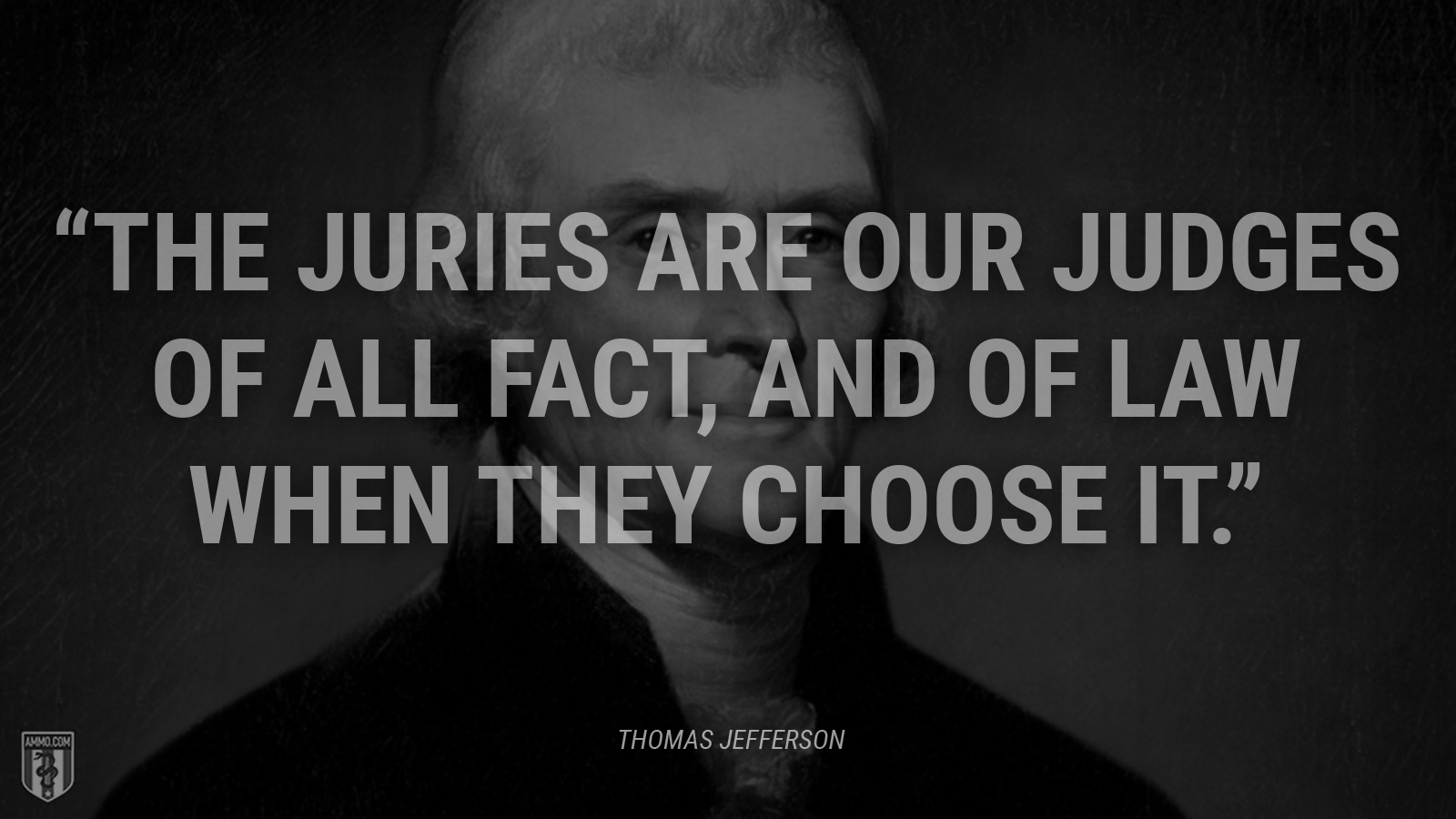 “The juries are our judges of all fact, and of law when they choose it.” 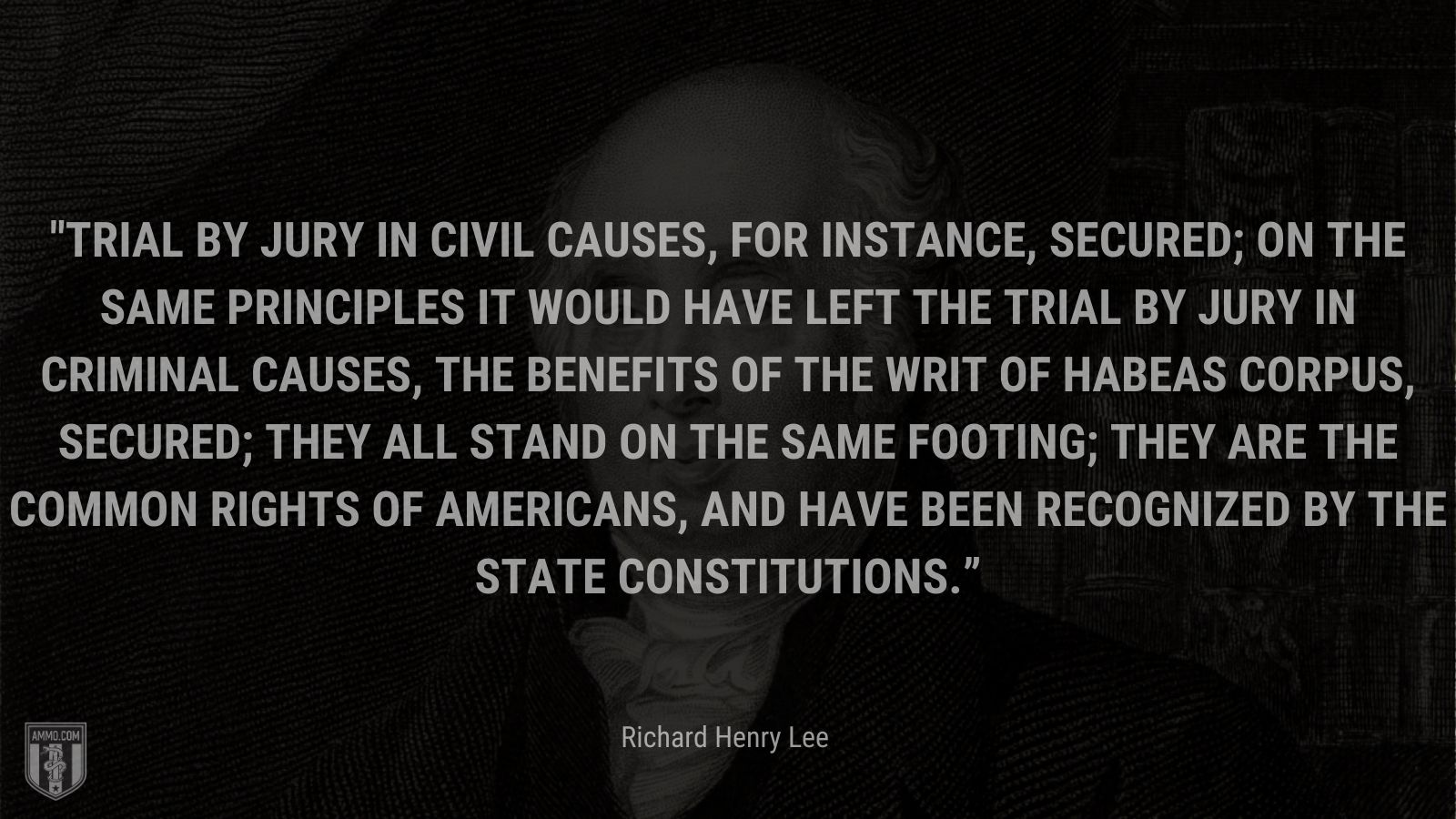 “Trial by jury in civil causes, for instance, secured; on the same principles it would have left the trial by jury in criminal causes, the benefits of the writ of habeas corpus, secured; they all stand on the same footing; they are the common rights of Americans, and have been recognized by the state constitutions.” 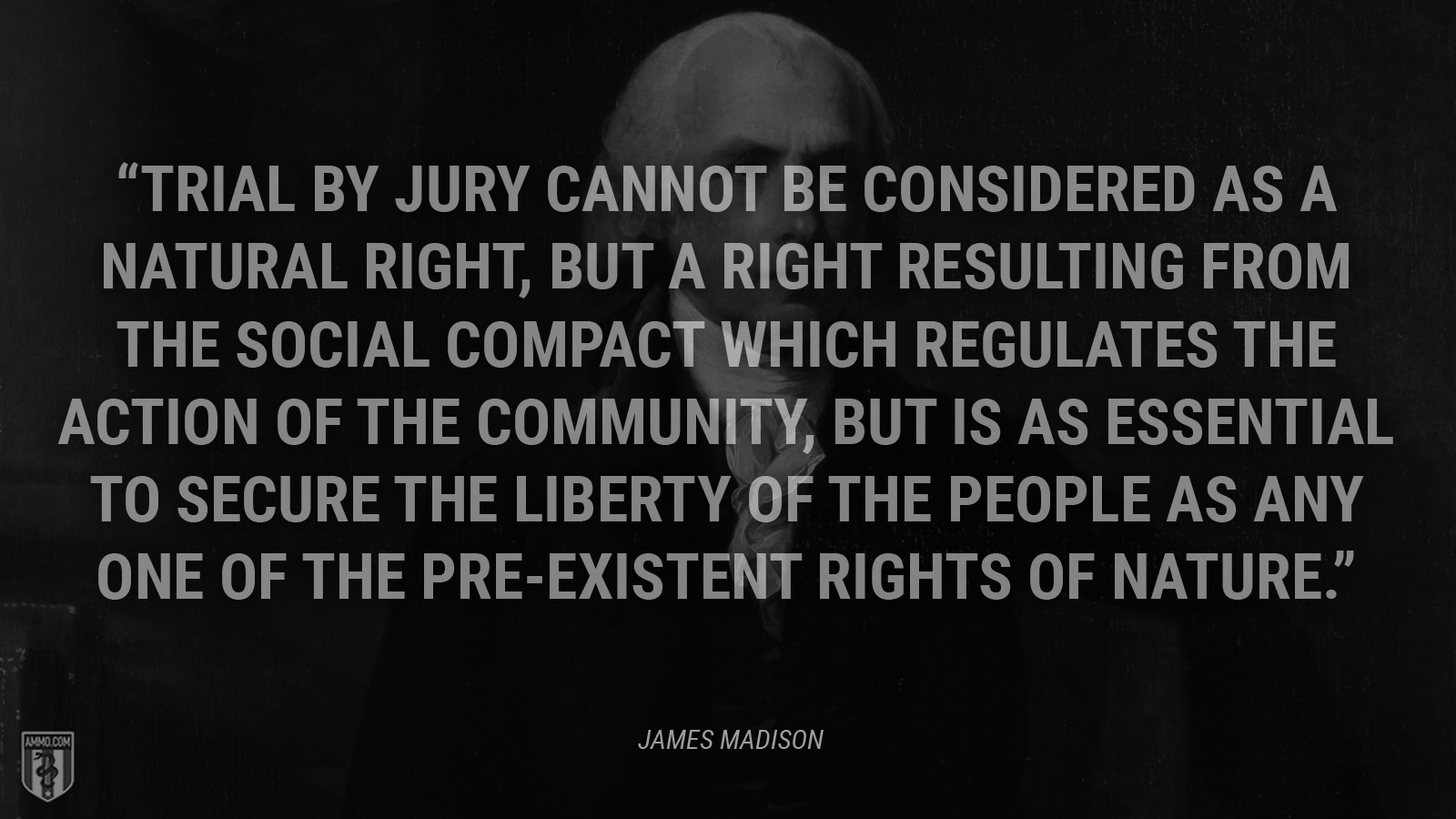 “Trial by jury cannot be considered as a natural right, but a right resulting from the social compact which regulates the action of the community, but is as essential to secure the liberty of the people as any one of the pre-existent rights of nature.” 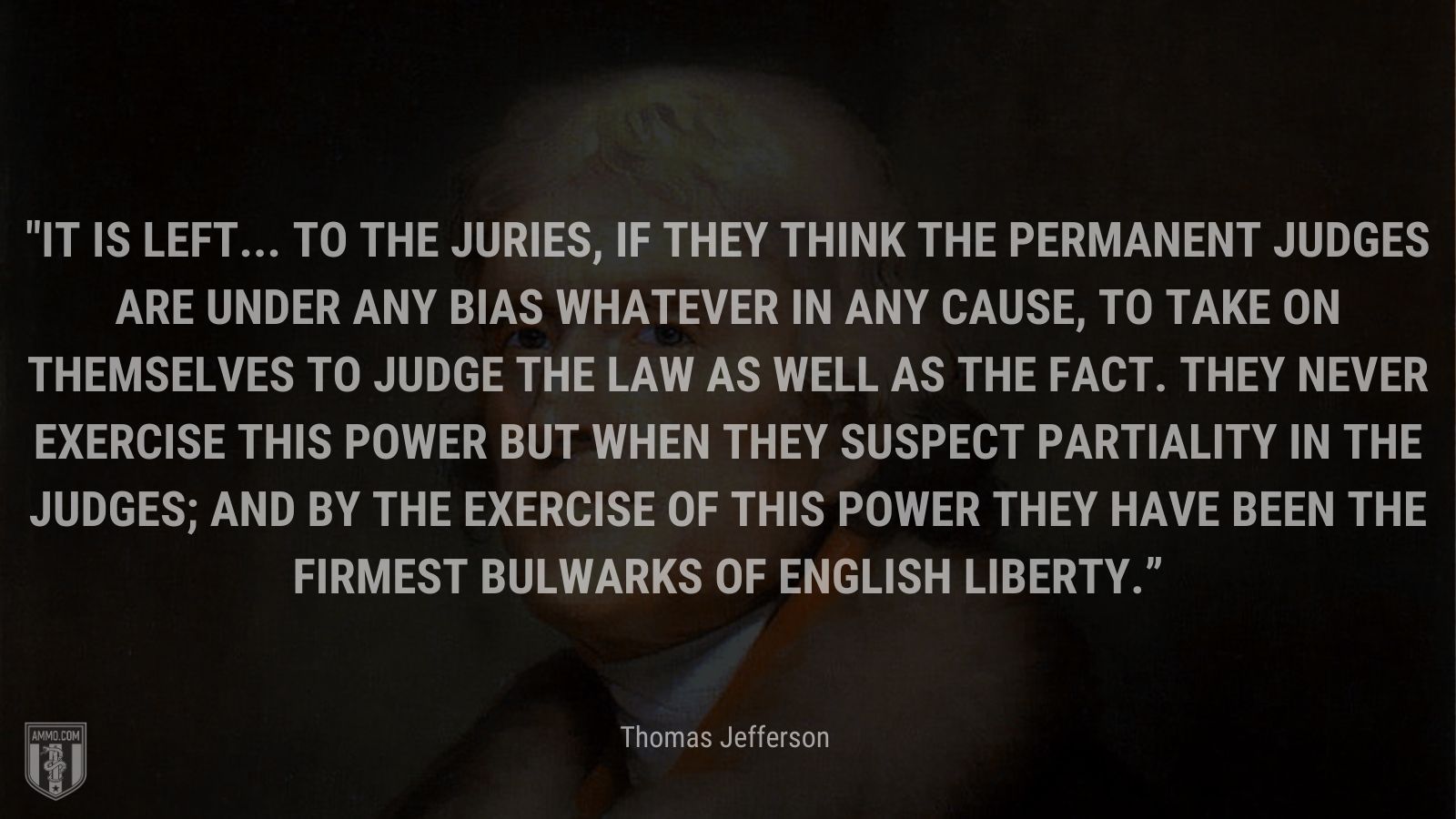 “It is left... to the juries, if they think the permanent judges are under any bias whatever in any cause, to take on themselves to judge the law as well as the fact. They never exercise this power but when they suspect partiality in the judges; and by the exercise of this power they have been the firmest bulwarks of English liberty.”