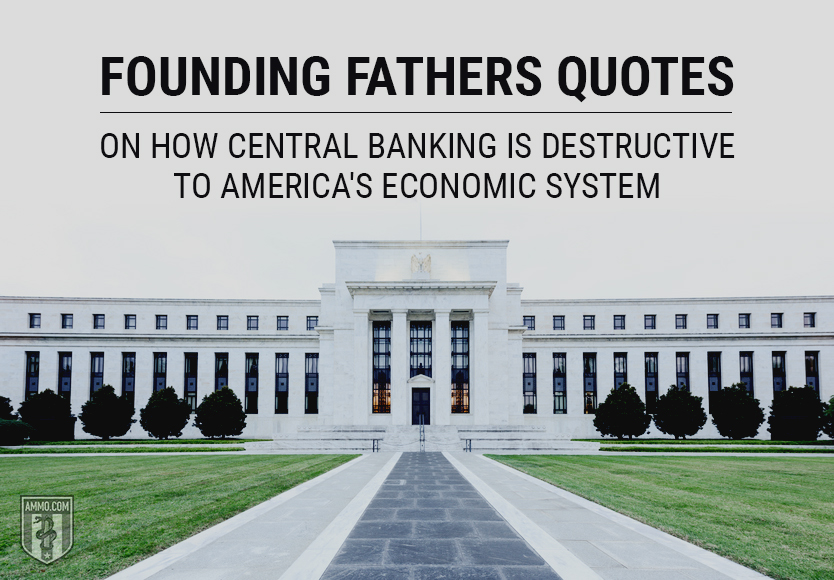 While no one could argue that the Founders were opponents of capitalism, they were deeply troubled by the prospect of unchecked speculative capitalism as opposed to productive capitalism. Thomas Jefferson considered central banking to be a bigger threat to liberty than standing armies. What a far cry from both ends of the political spectrum today, who see the needs of the financial sector as the starting point of domestic policy. 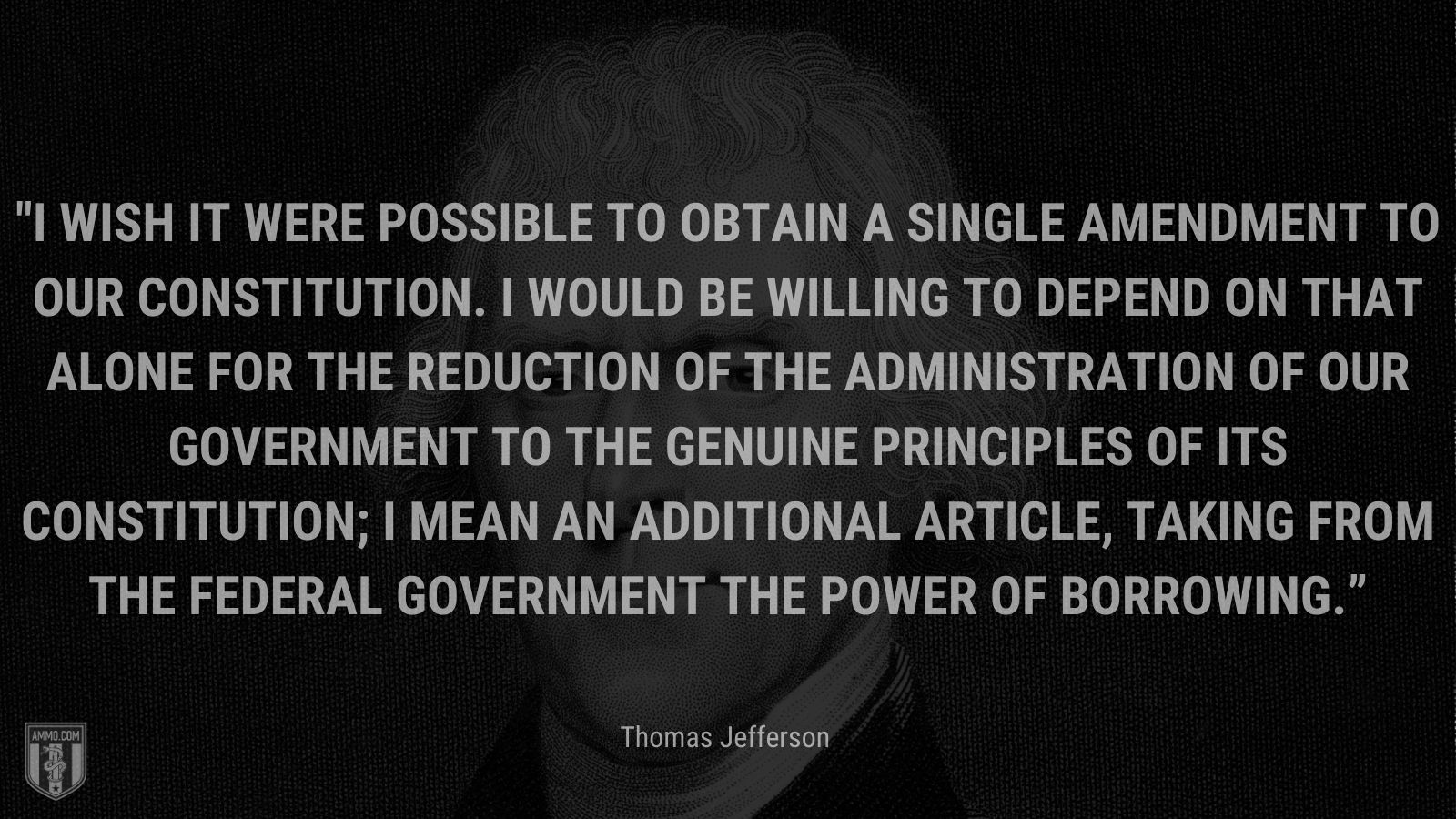 “I wish it were possible to obtain a single amendment to our constitution. I would be willing to depend on that alone for the reduction of the administration of our government to the genuine principles of its constitution; I mean an additional article, taking from the federal government the power of borrowing.” 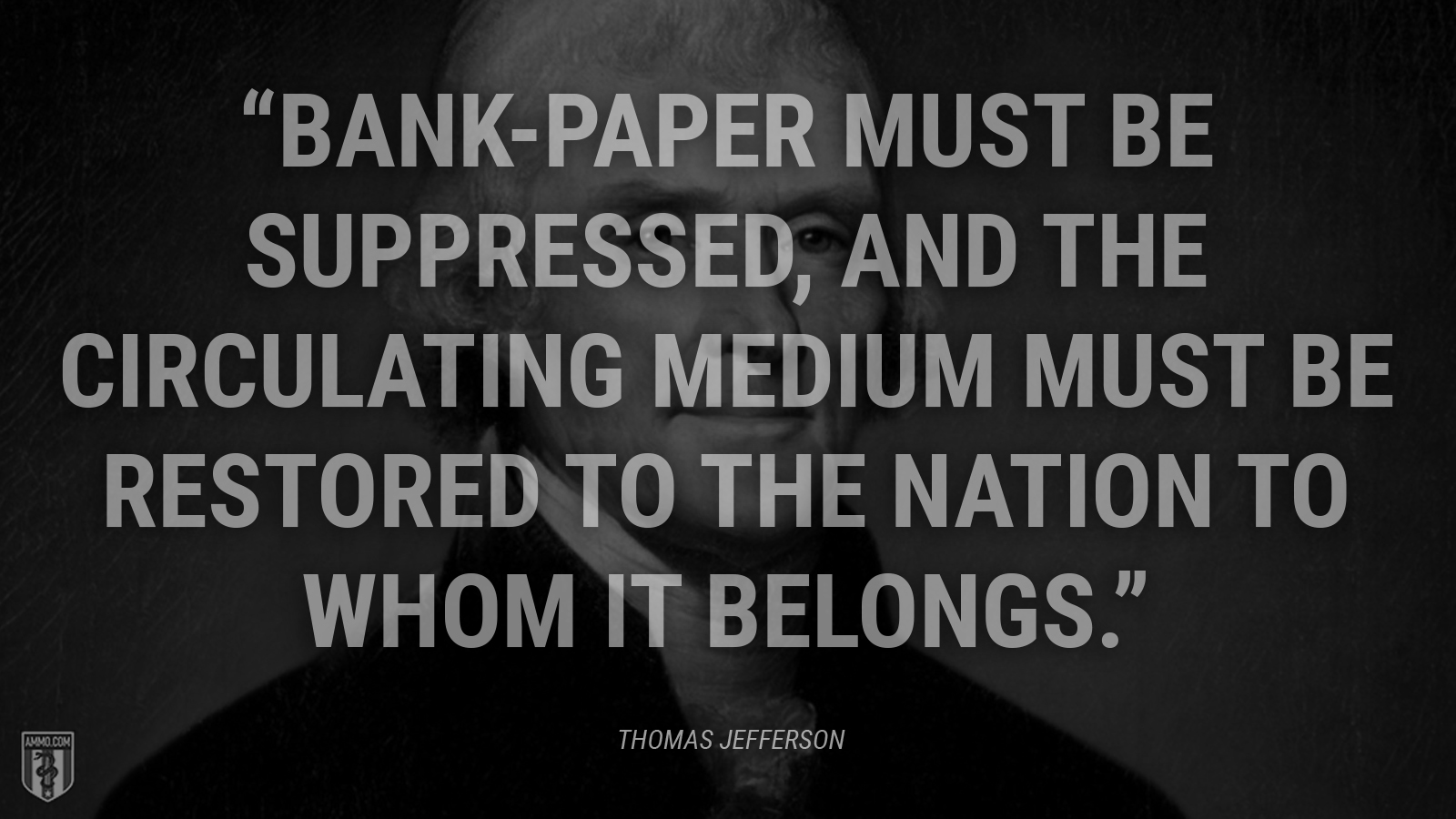 “Bank-paper must be suppressed, and the circulating medium must be restored to the nation to whom it belongs.” 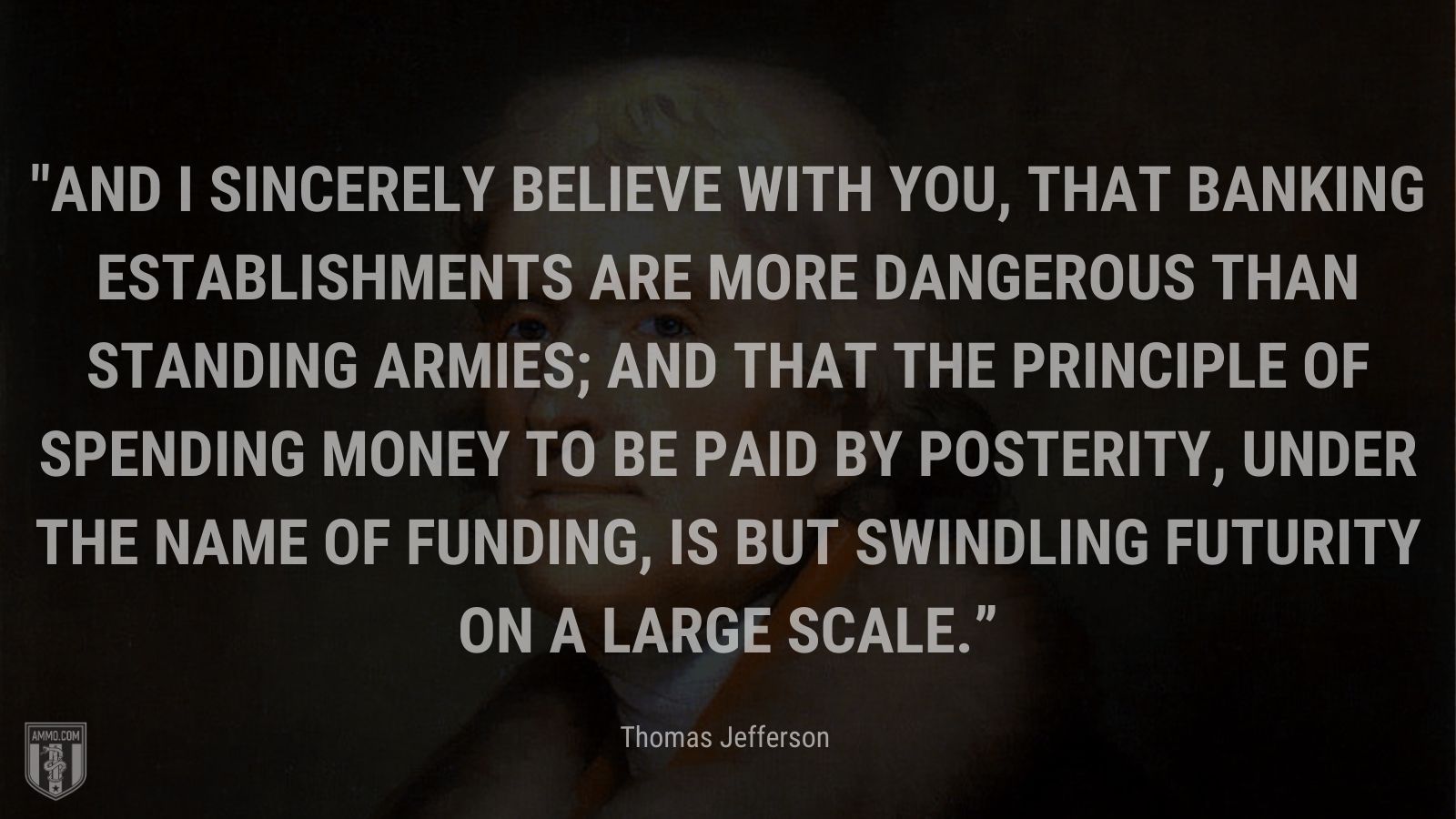 “And I sincerely believe with you, that banking establishments are more dangerous than standing armies; and that the principle of spending money to be paid by posterity, under the name of funding, is but swindling futurity on a large scale.” 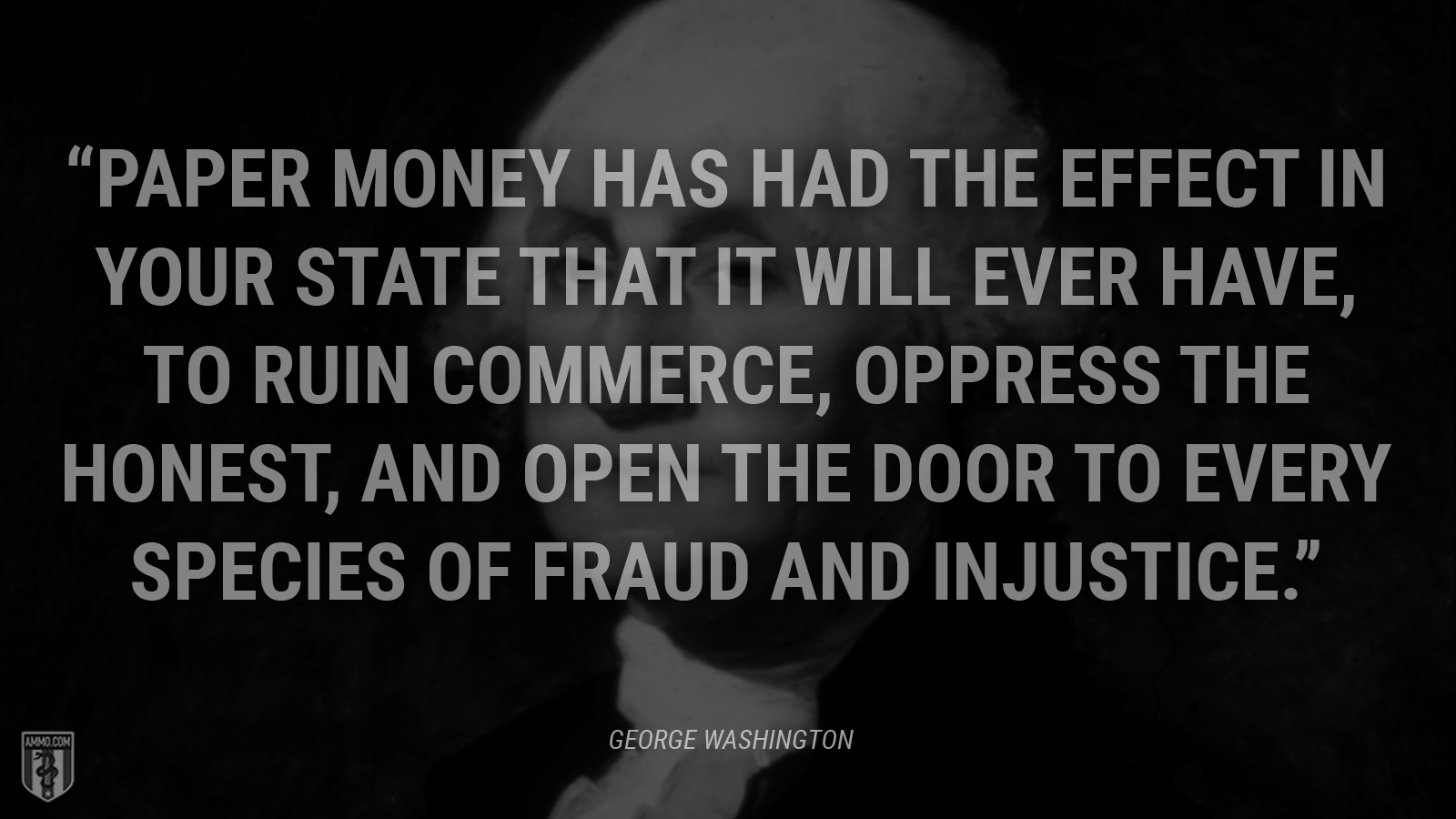 “Paper money has had the effect in your state that it will ever have, to ruin commerce, oppress the honest, and open the door to every species of fraud and injustice.” 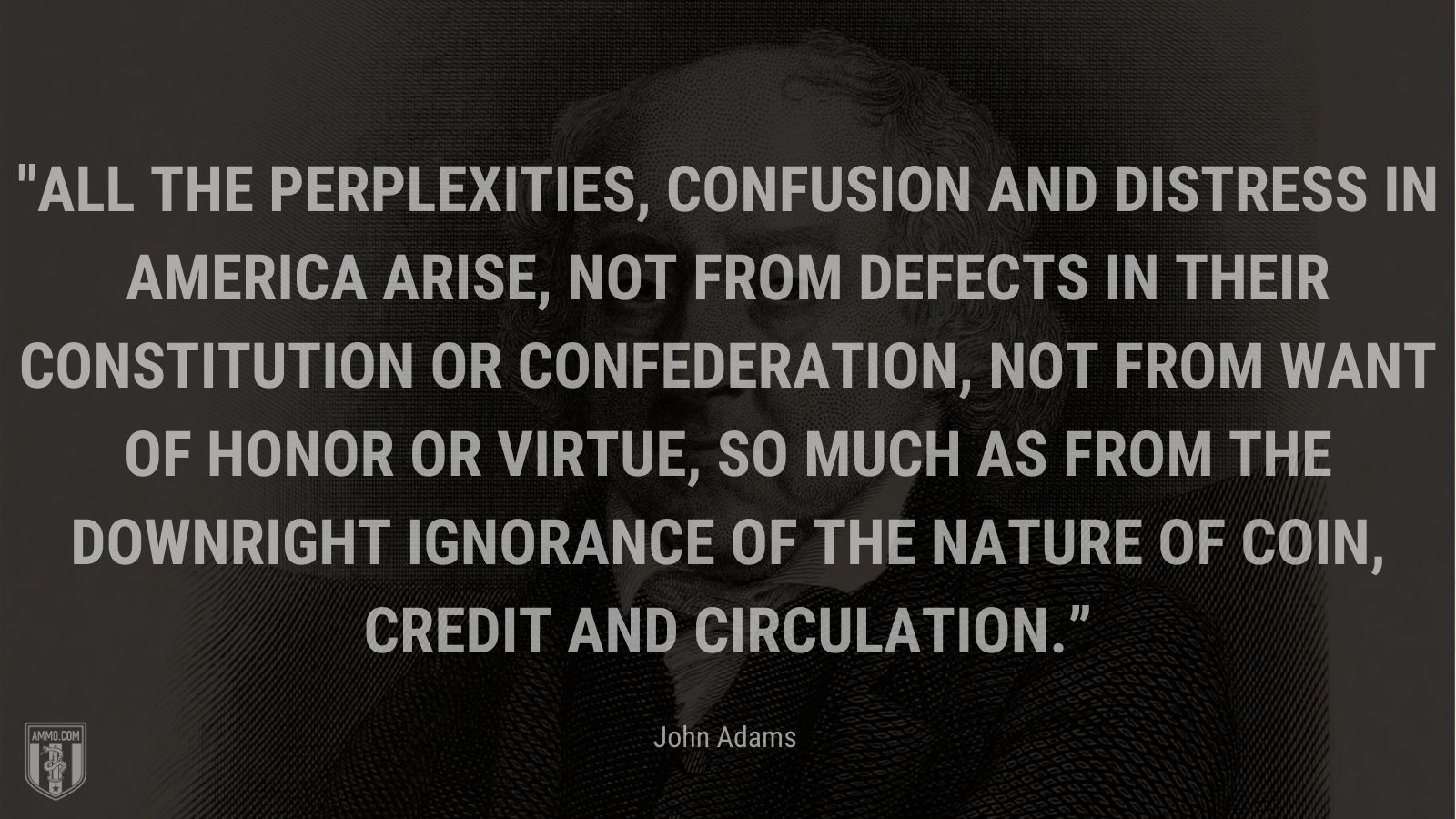 “All the perplexities, confusion and distress in America arise, not from defects in their Constitution or Confederation, not from want of honor or virtue, so much as from the downright ignorance of the nature of coin, credit and circulation.”