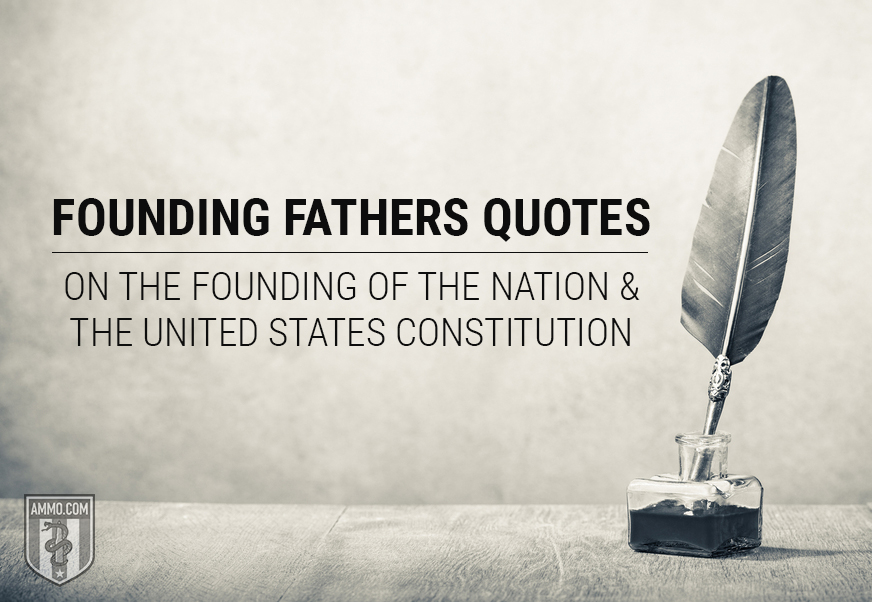 The Founding Fathers saw the Constitution as a defense against tyranny, albeit not a permanent one. Liberty, in their view, was always under attack and far more difficult to maintain than to establish – while at the same time being very easy to undermine. What’s more, the Founders believed that the Constitution was for the governance of a moral people. An immoral people could easily undermine it and use it for selfish purposes.

On a somewhat lighter note, the Founders had an affection for the country of America – that is to say the terrain, the physical features, and the flora and fauna of our land. Benjamin Franklin famously had an affection for the wild turkey, which he wanted to be the national mascot of the nation. Others saw decades in advance the potential that lay within establishing a nation from the Atlantic to the Pacific. 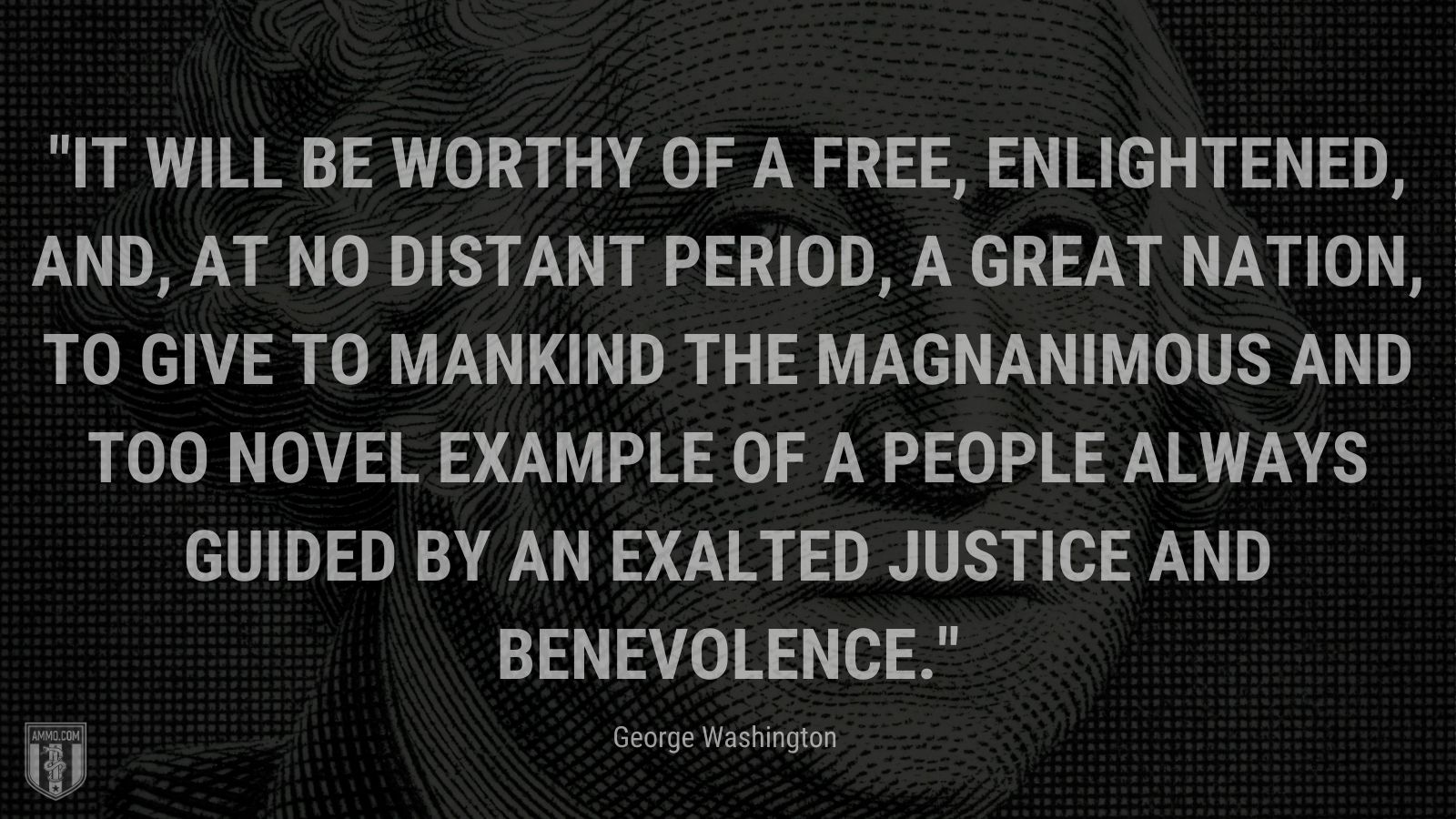 “It will be worthy of a free, enlightened, and, at no distant period, a great nation, to give to mankind the magnanimous and too novel example of a People always guided by an exalted justice and benevolence.” 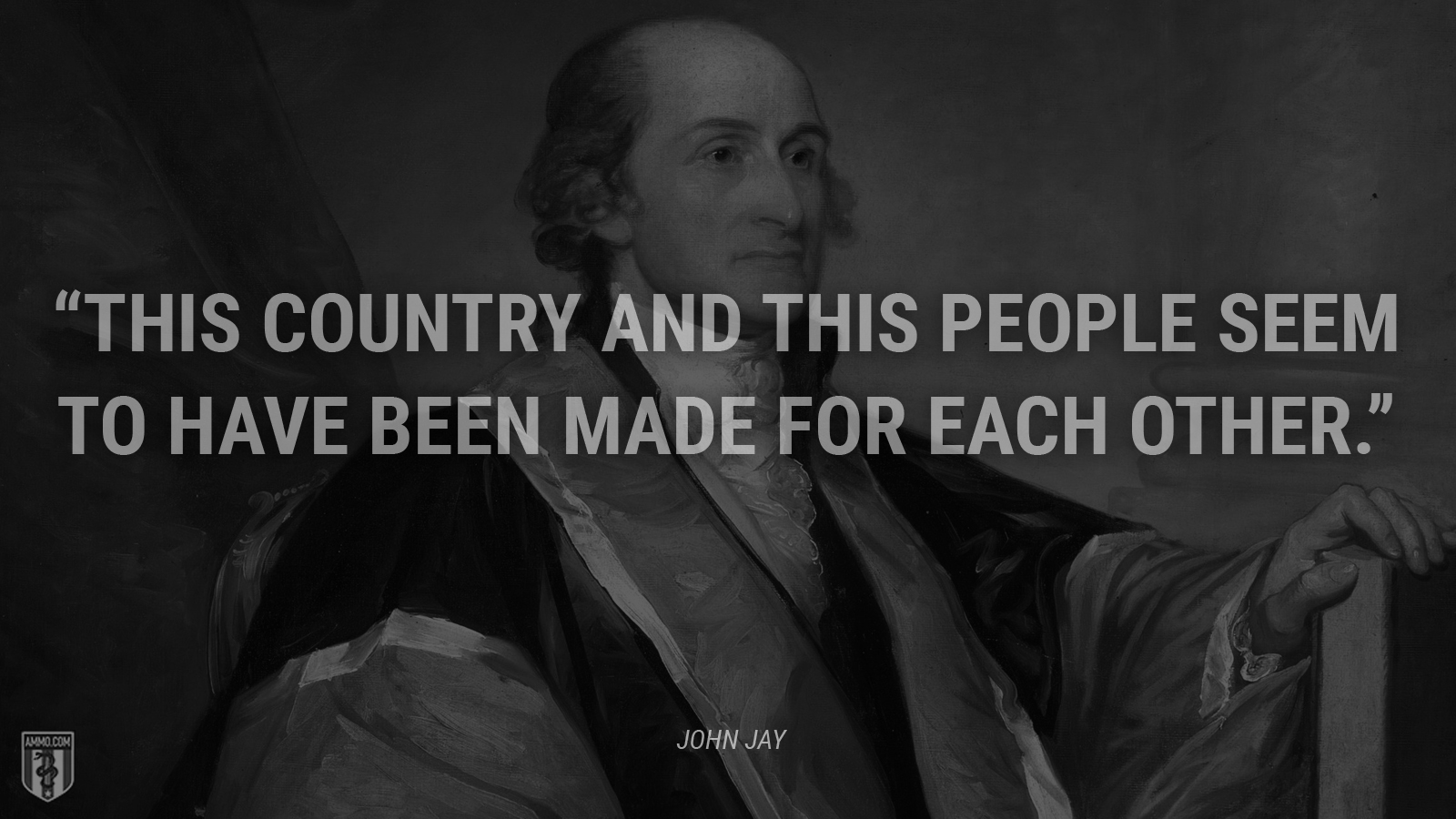 “This country and this people seem to have been made for each other.” 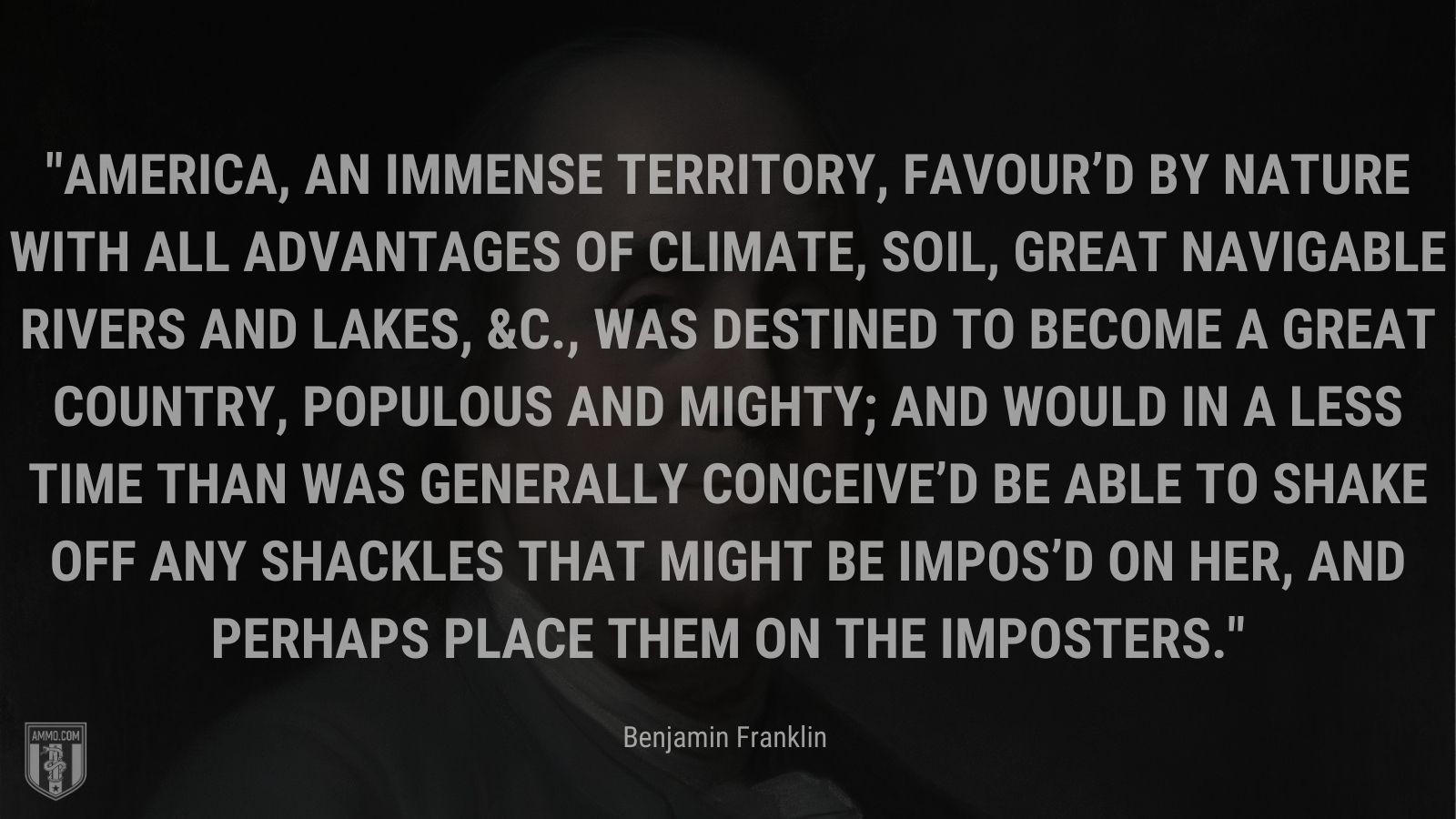 “America, an immense territory, favour’d by nature with all advantages of climate, soil, great navigable rivers and lakes, &c., was destined to become a great country, populous and mighty; and would in a less time than was generally conceive’d be able to shake off any shackles that might be impos’d on her, and perhaps place them on the imposters.” 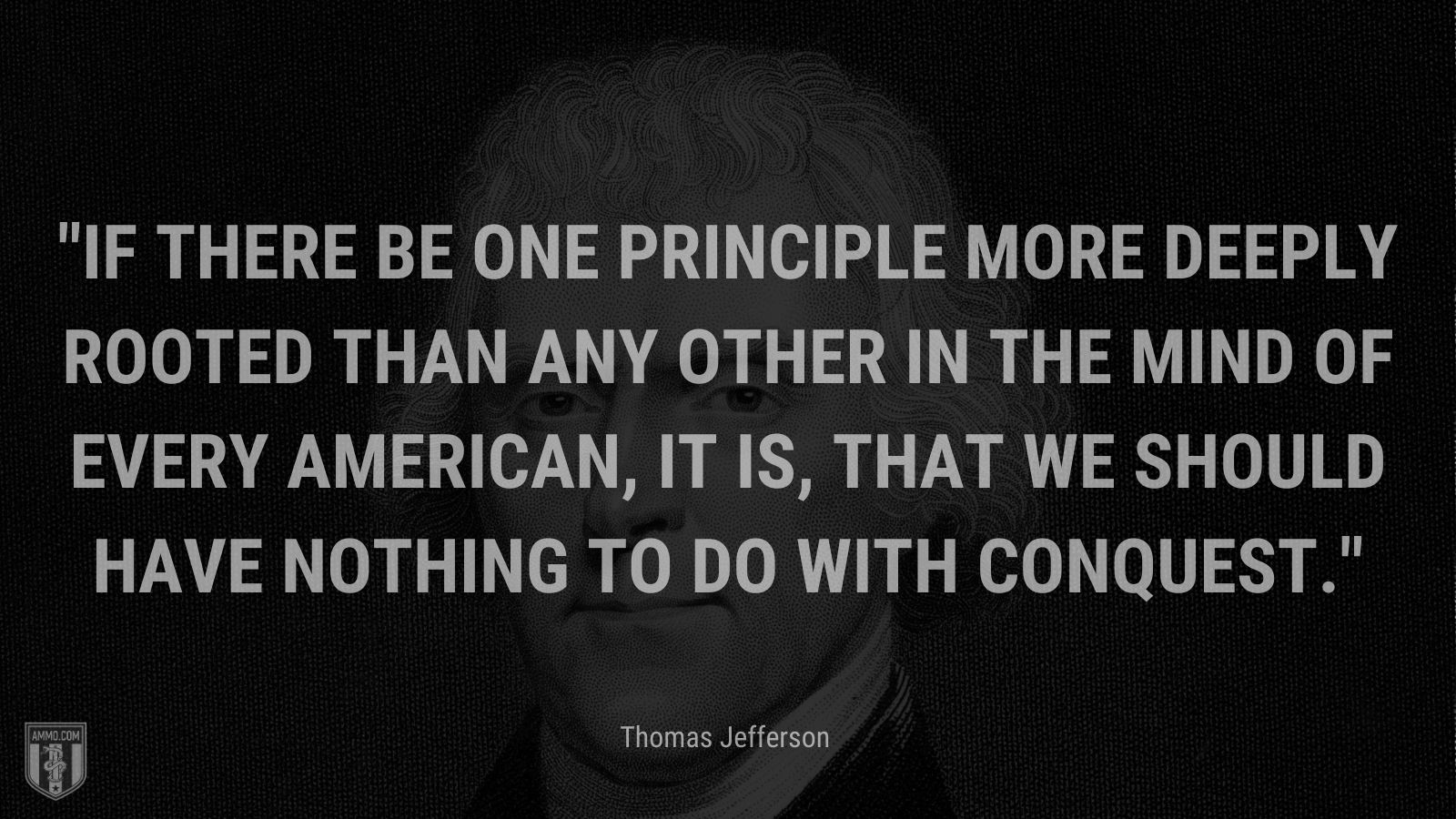 “If there be one principle more deeply rooted than any other in the mind of every American, it is, that we should have nothing to do with conquest.” 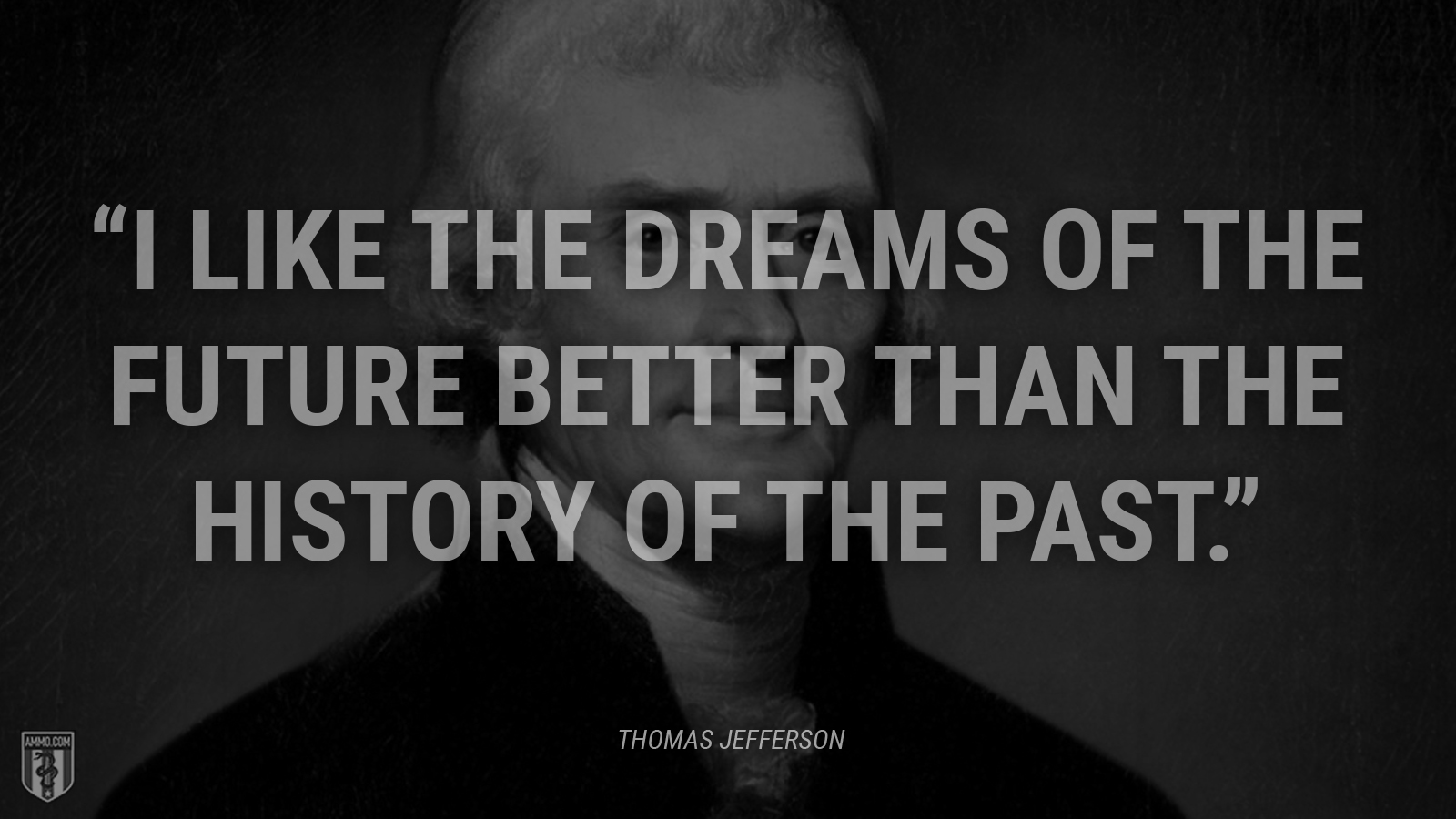 “I like the dreams of the future better than the history of the past.” 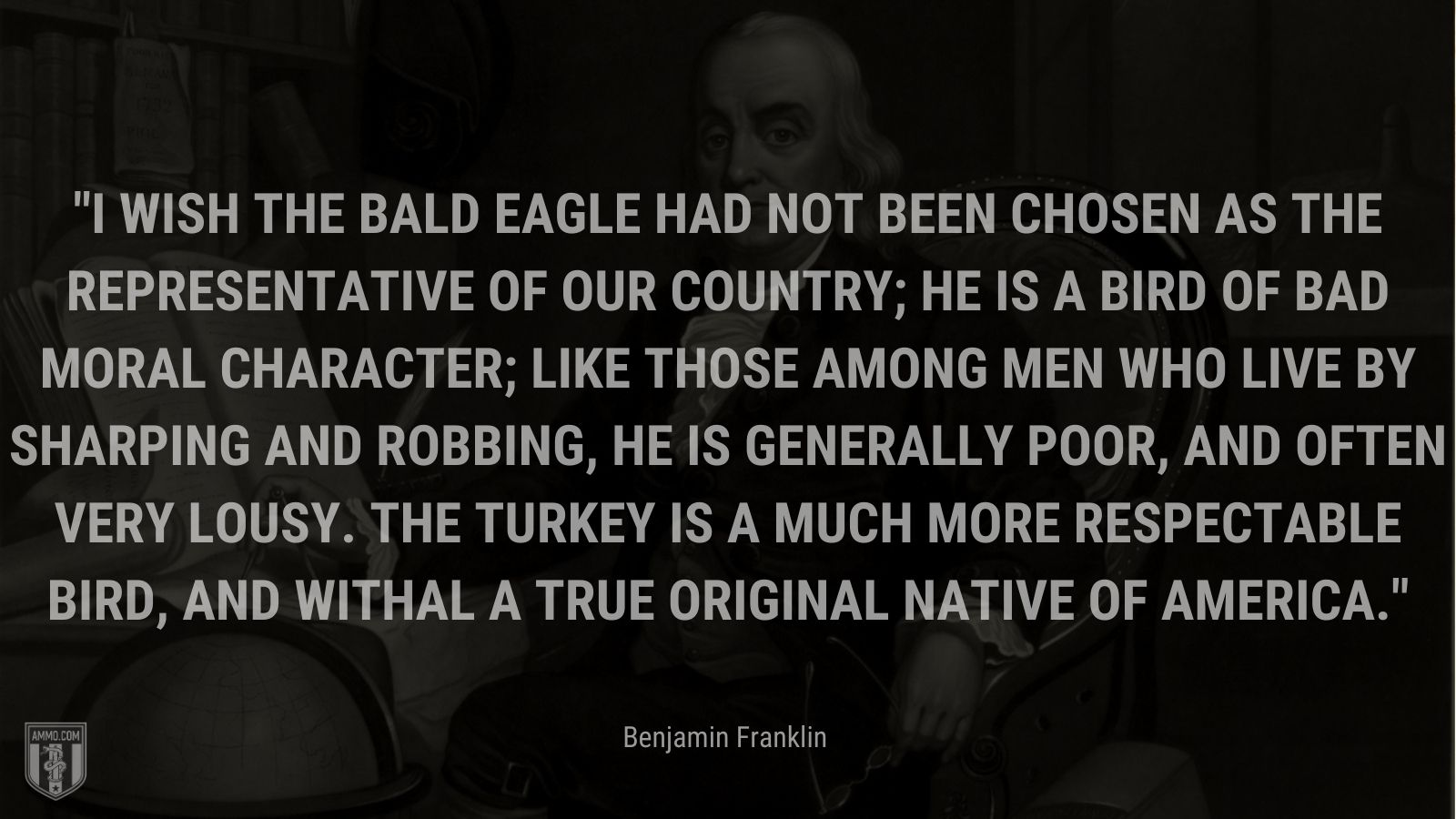 “I wish the bald eagle had not been chosen as the representative of our country; he is a bird of bad moral character; like those among men who live by sharping and robbing, he is generally poor, and often very lousy. The turkey is a much more respectable bird, and withal a true original native of America.” 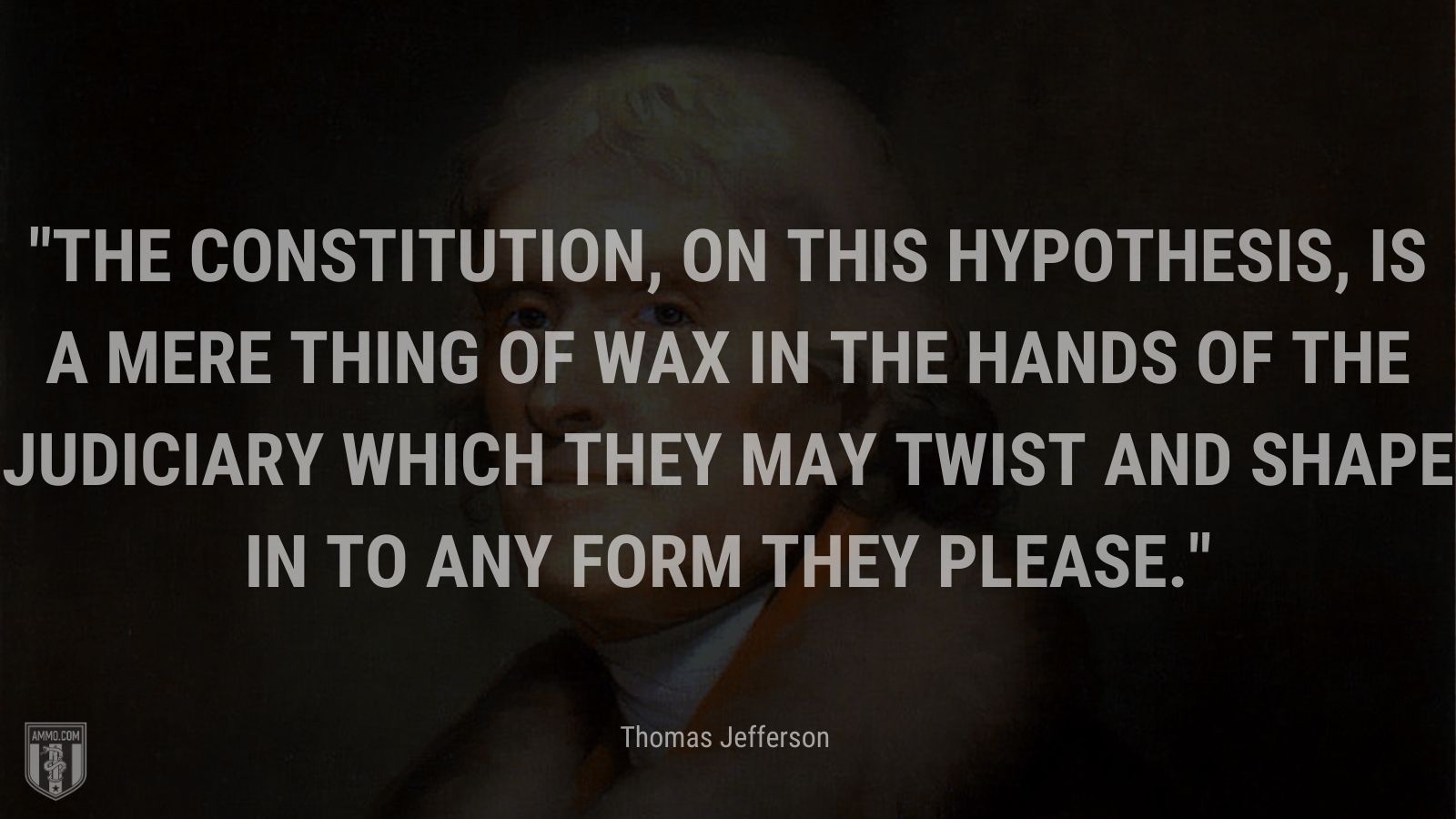 “The Constitution, on this hypothesis, is a mere thing of wax in the hands of the judiciary which they may twist and shape in to any form they please.” 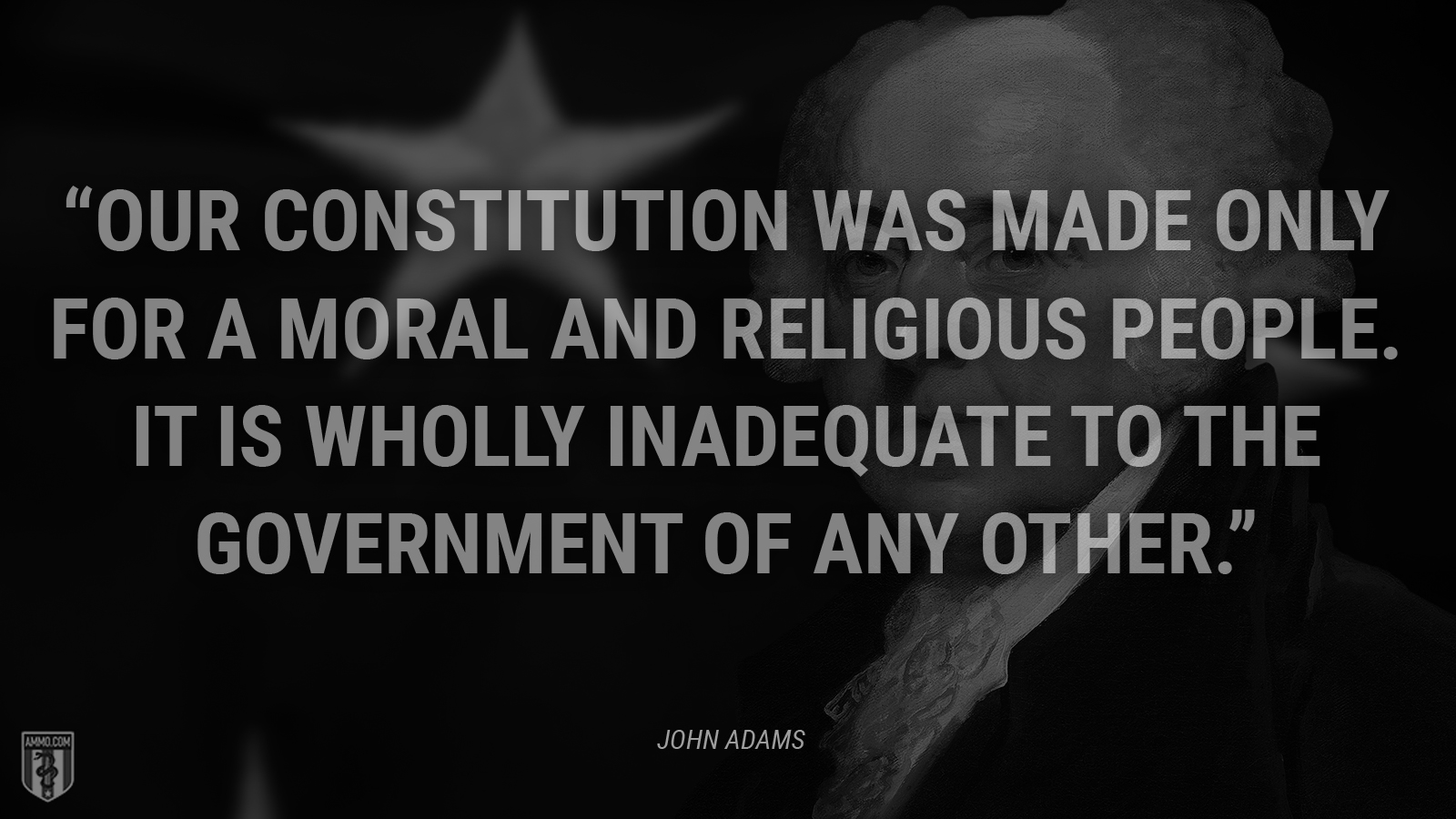 “Our Constitution was made only for a moral and religious people. It is wholly inadequate to the government of any other.” 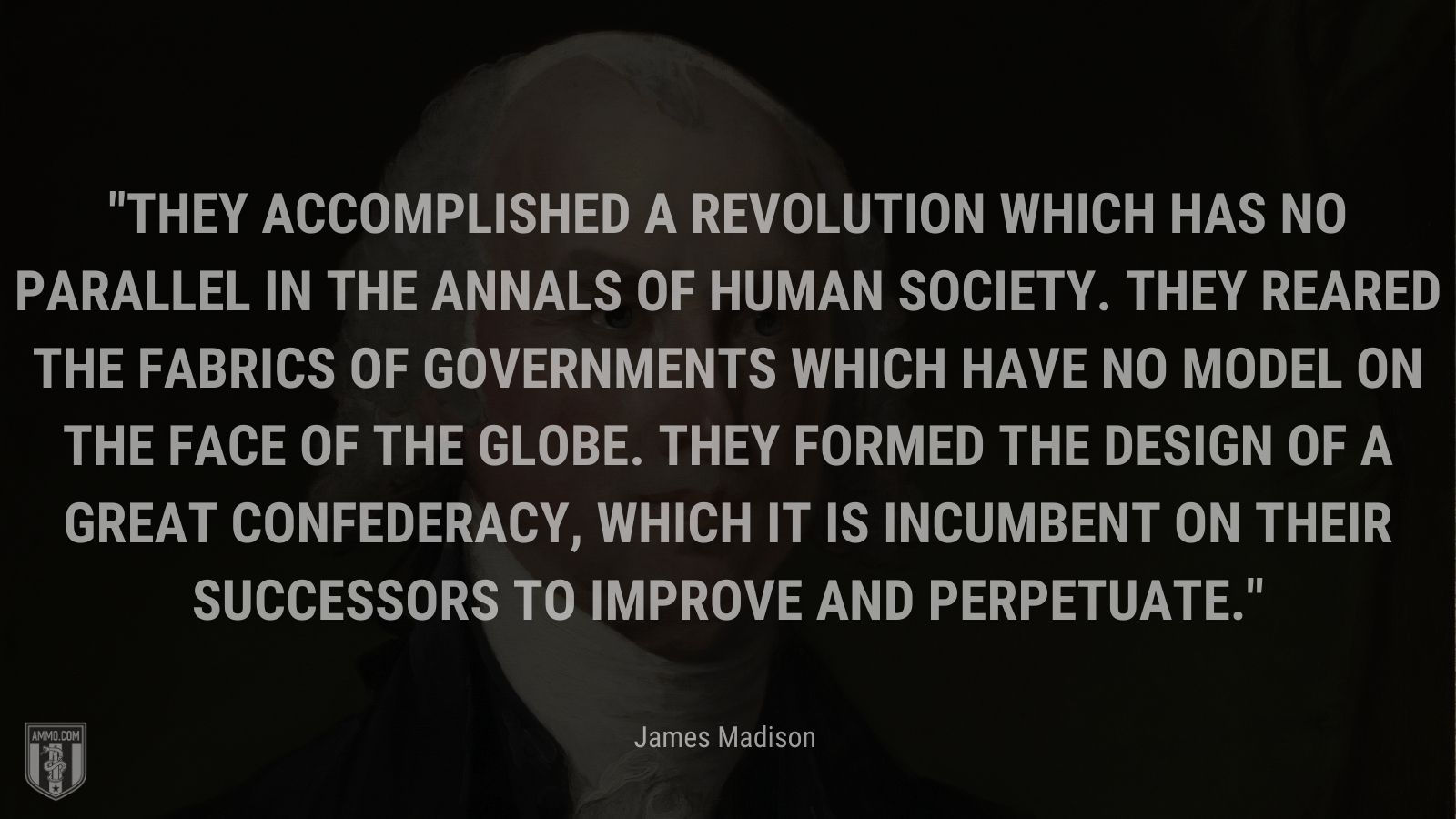 “They accomplished a revolution which has no parallel in the annals of human society. They reared the fabrics of governments which have no model on the face of the globe. They formed the design of a great Confederacy, which it is incumbent on their successors to improve and perpetuate.” 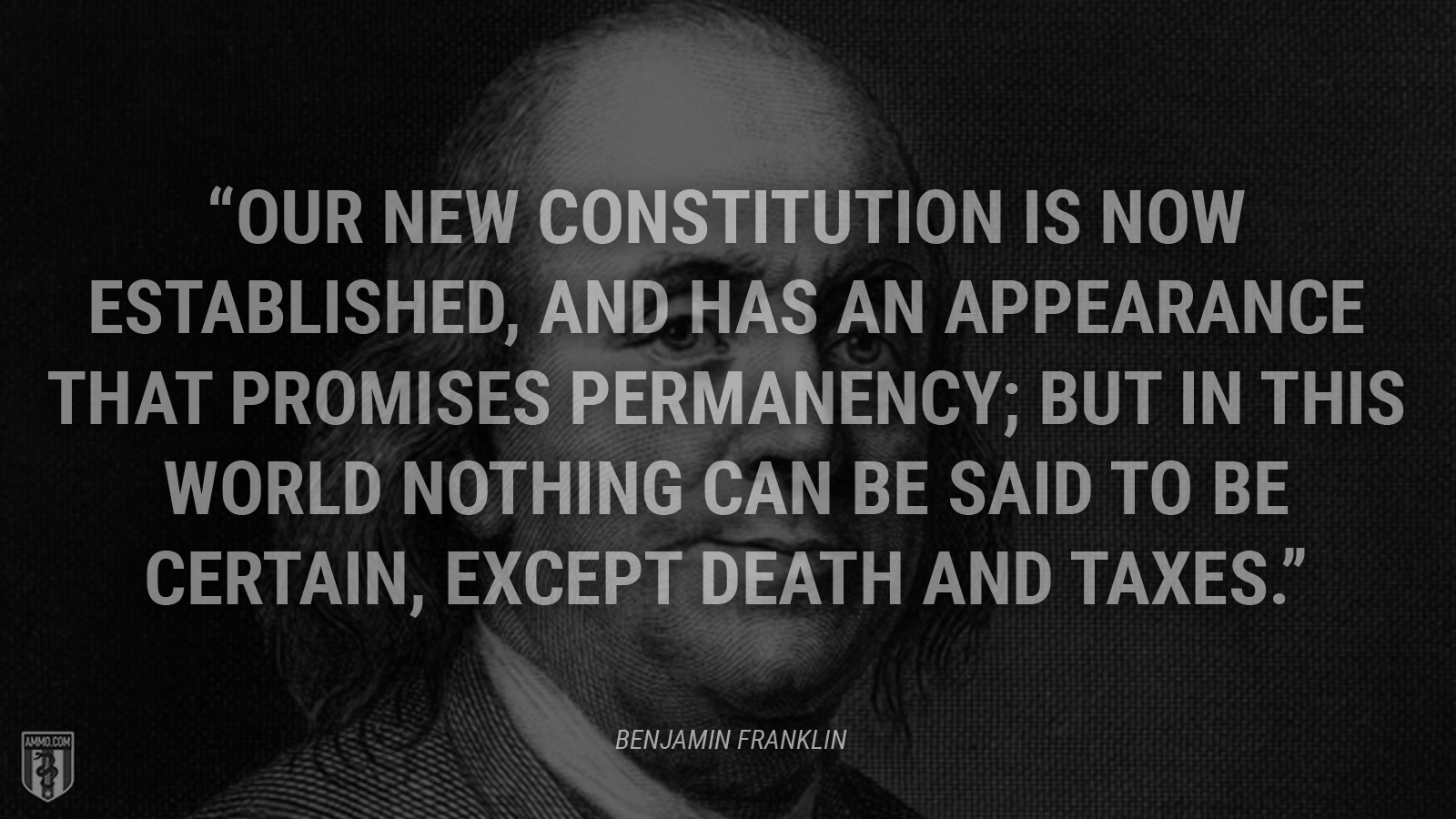 “Our new Constitution is now established, and has an appearance that promises permanency; but in this world nothing can be said to be certain, except death and taxes.” 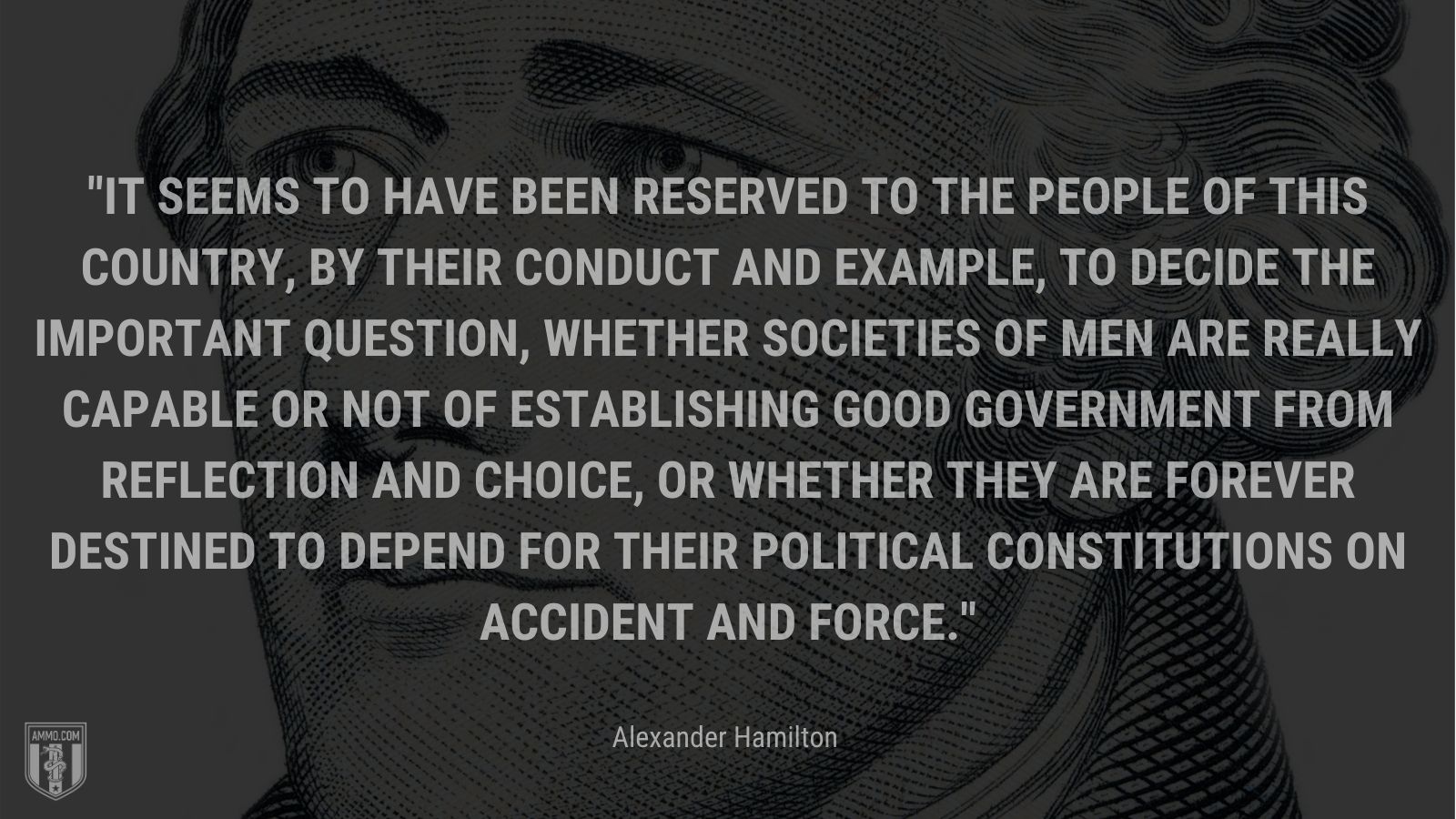 “It seems to have been reserved to the people of this country, by their conduct and example, to decide the important question, whether societies of men are really capable or not of establishing good government from reflection and choice, or whether they are forever destined to depend for their political constitutions on accident and force.” 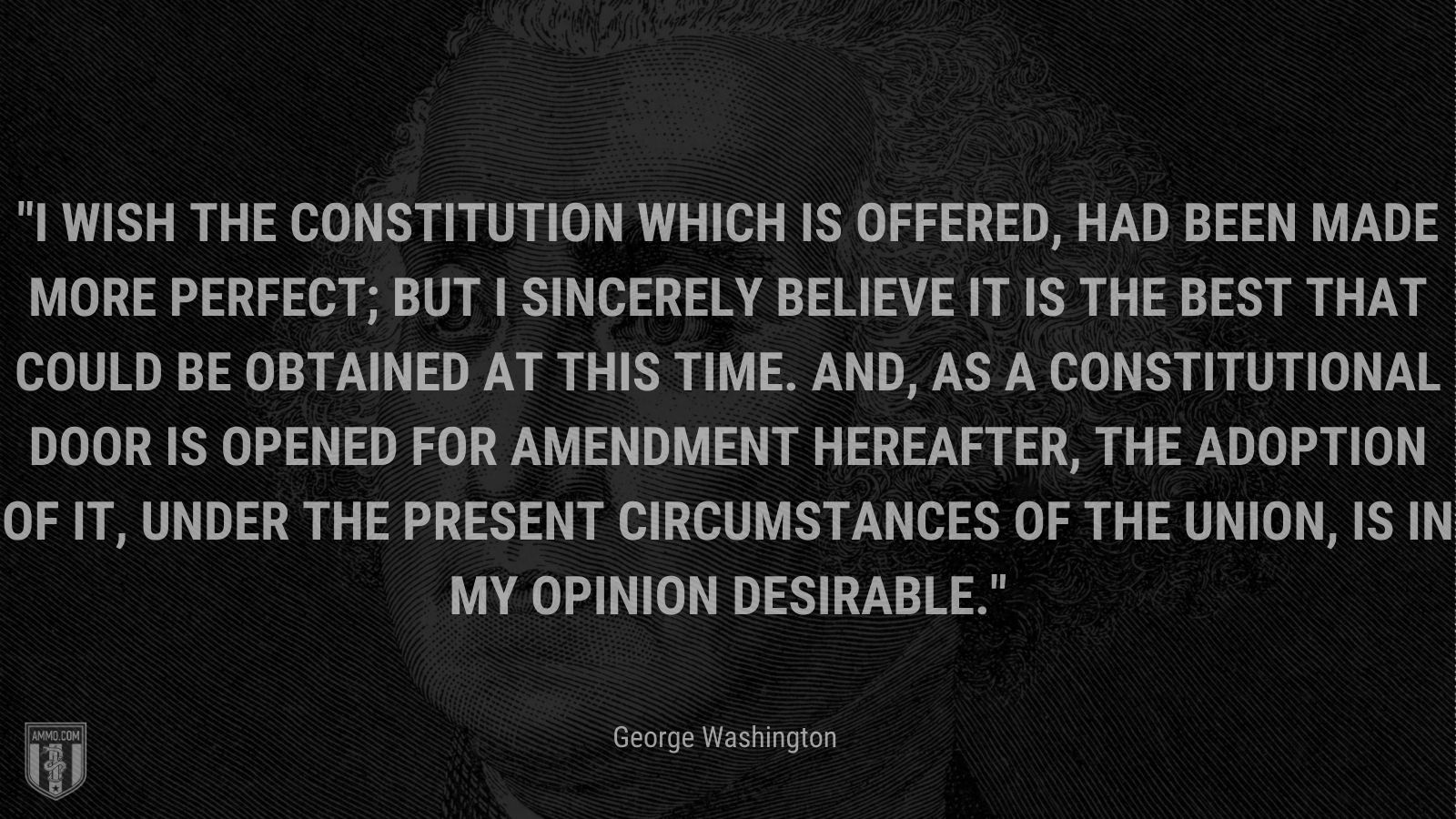 “I wish the Constitution which is offered, had been made more perfect; but I sincerely believe it is the best that could be obtained at this time. And, as a constitutional door is opened for amendment hereafter, the adoption of it, under the present circumstances of the Union, is in my opinion desirable.” 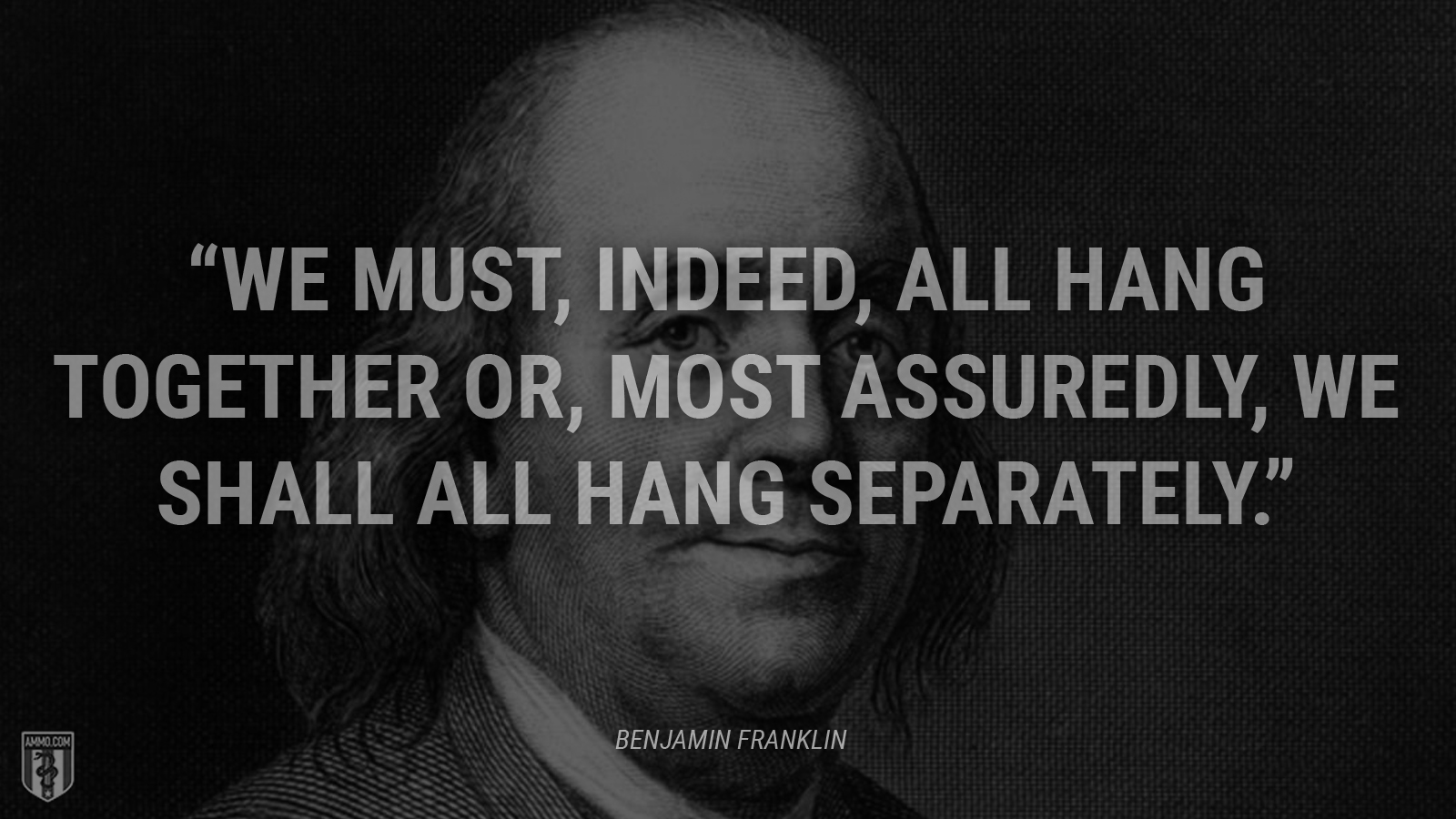 “We must, indeed, all hang together or, most assuredly, we shall all hang separately.” 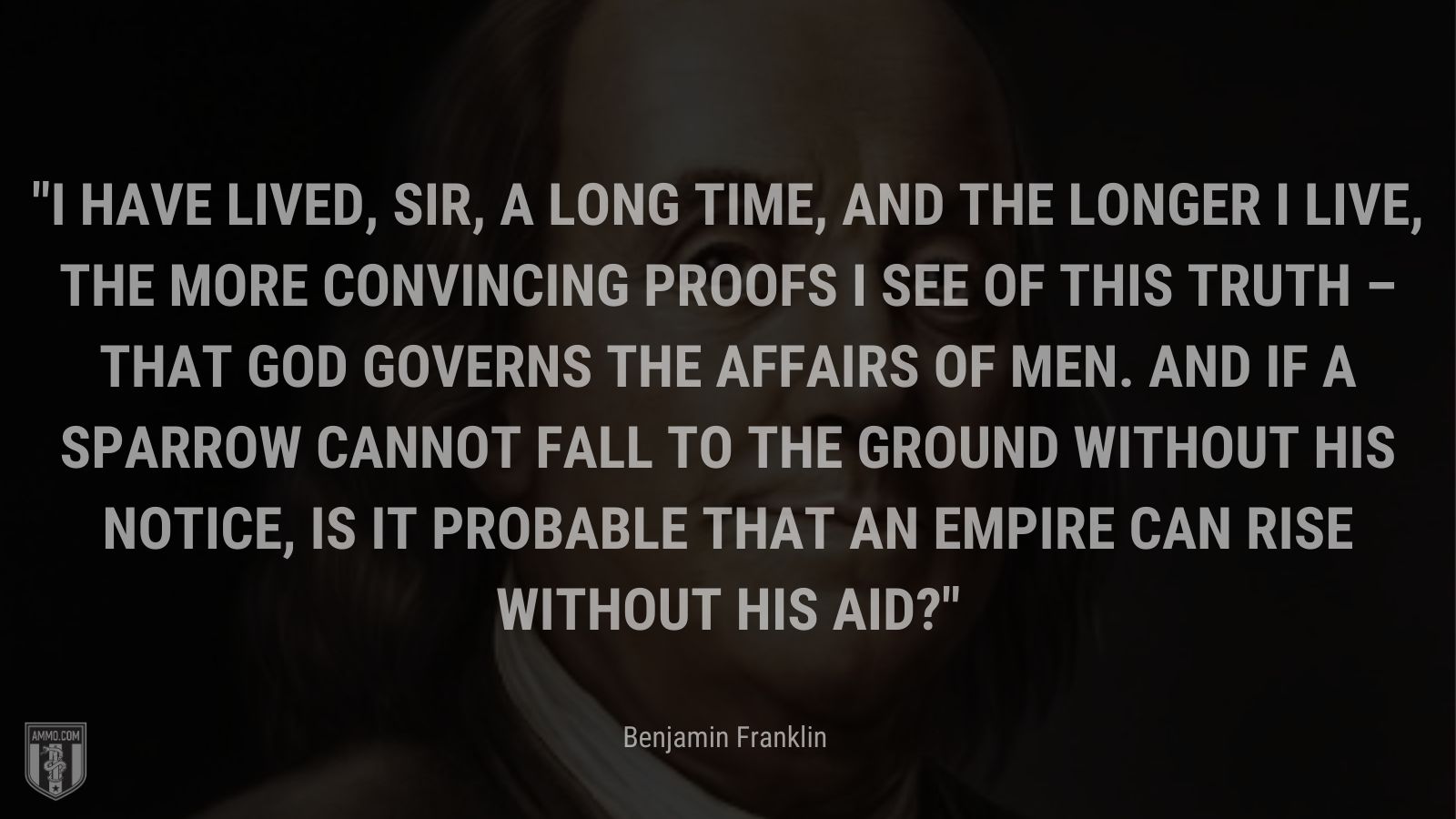 “I have lived, Sir, a long time, and the longer I live, the more convincing proofs I see of this truth – that God Governs the affairs of men. And if a sparrow cannot fall to the ground without His notice, is it probable that an empire can rise without His aid?” 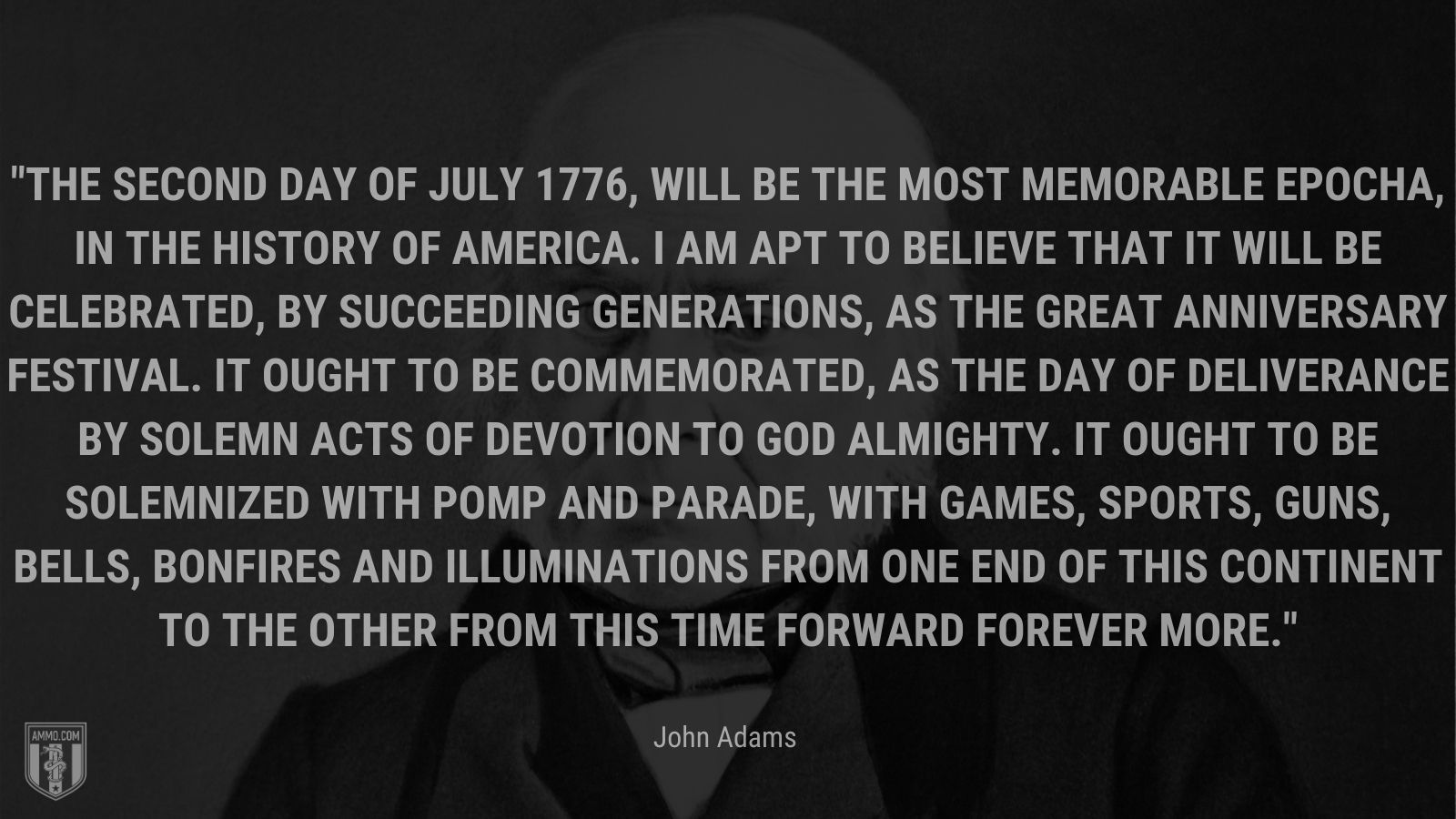 “The Second Day of July 1776, will be the most memorable Epocha, in the History of America. I am apt to believe that it will be celebrated, by succeeding Generations, as the great anniversary Festival. It ought to be commemorated, as the Day of Deliverance by solemn Acts of Devotion to God Almighty. It ought to be solemnized with Pomp and Parade, with Games, Sports, Guns, Bells, Bonfires and Illuminations from one End of this Continent to the other from this Time forward forever more.” 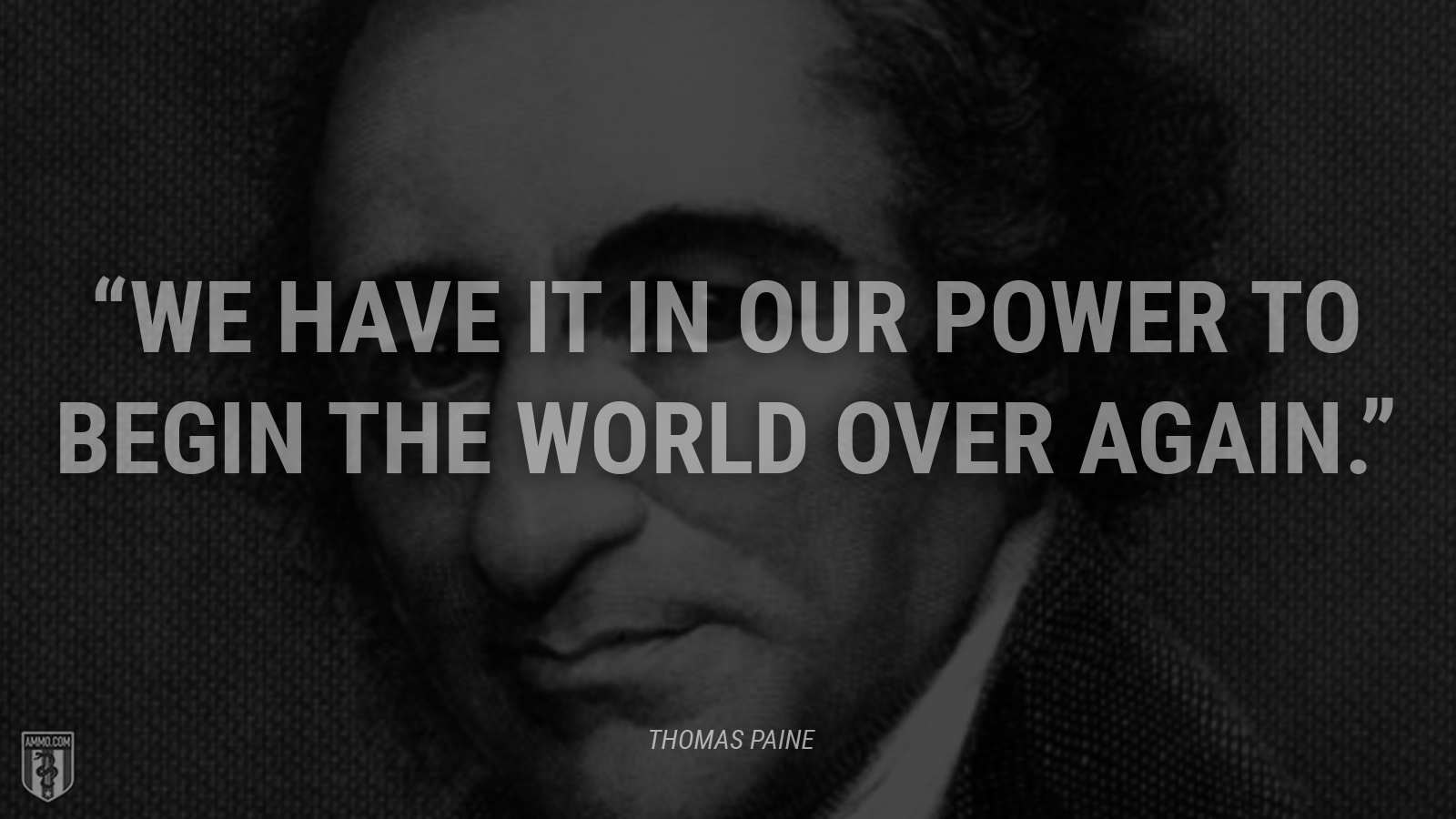 “We have it in our power to begin the world over again.” 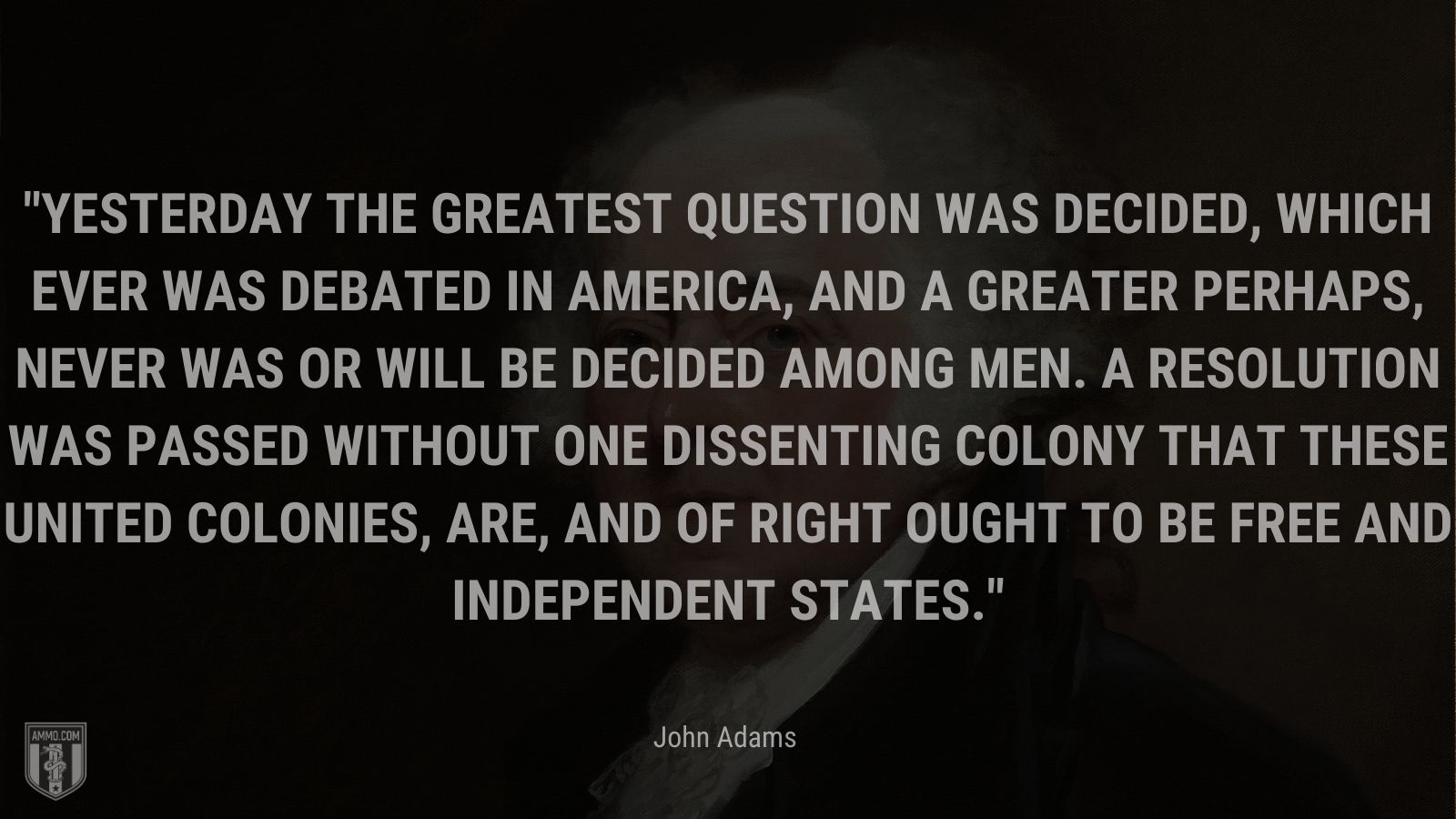 “Yesterday the greatest Question was decided, which ever was de­bated in America, and a greater perhaps, never was or will be decided among Men. A Resolution was passed without one dissenting Colony that these united Colonies, are, and of right ought to be free and independent States.” 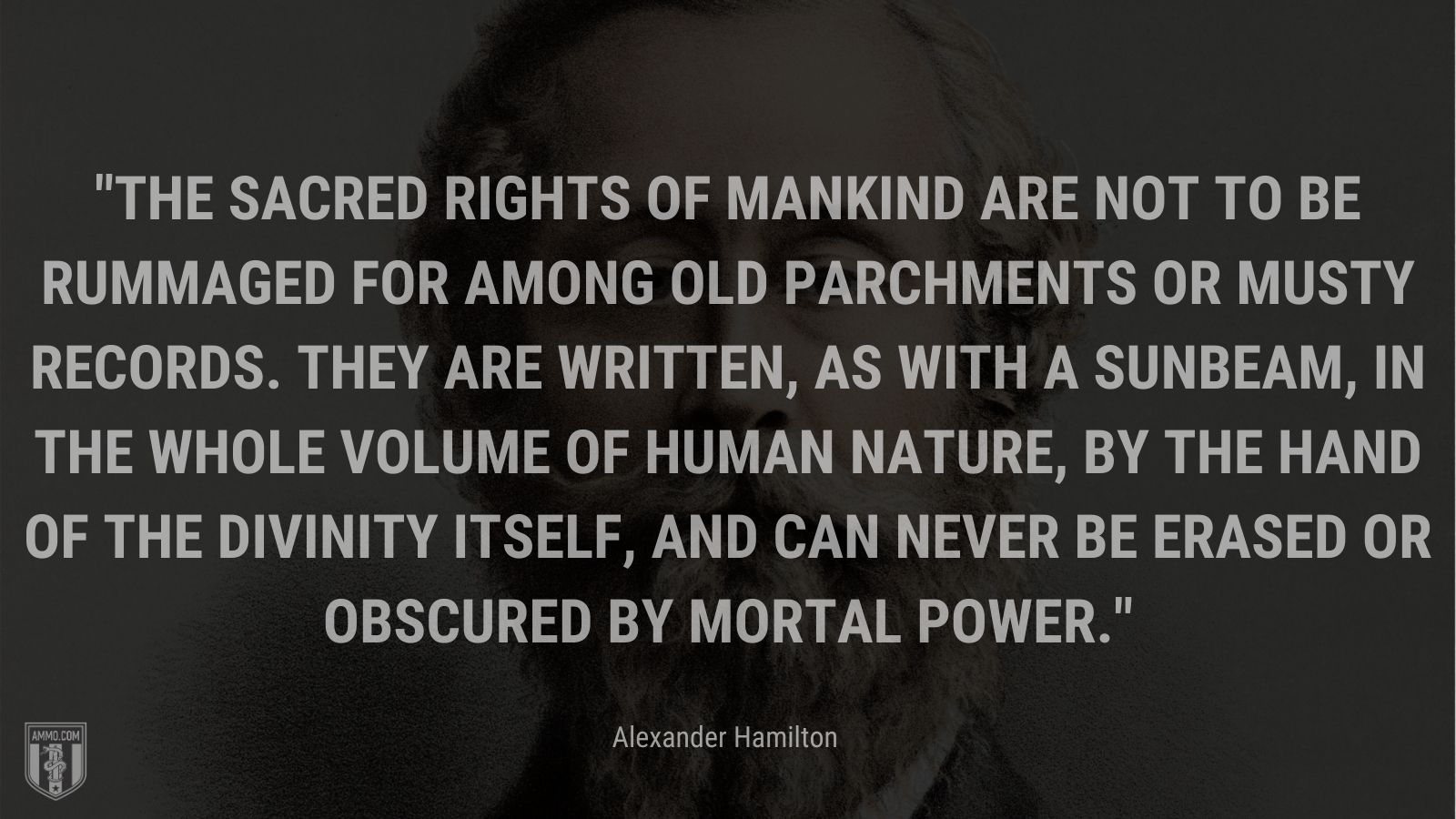 “The sacred rights of mankind are not to be rummaged for among old parchments or musty records. they are written, as with a sunbeam, in the whole volume of human nature, by the hand of the divinity itself, and can never be erased or obscured by mortal power.” 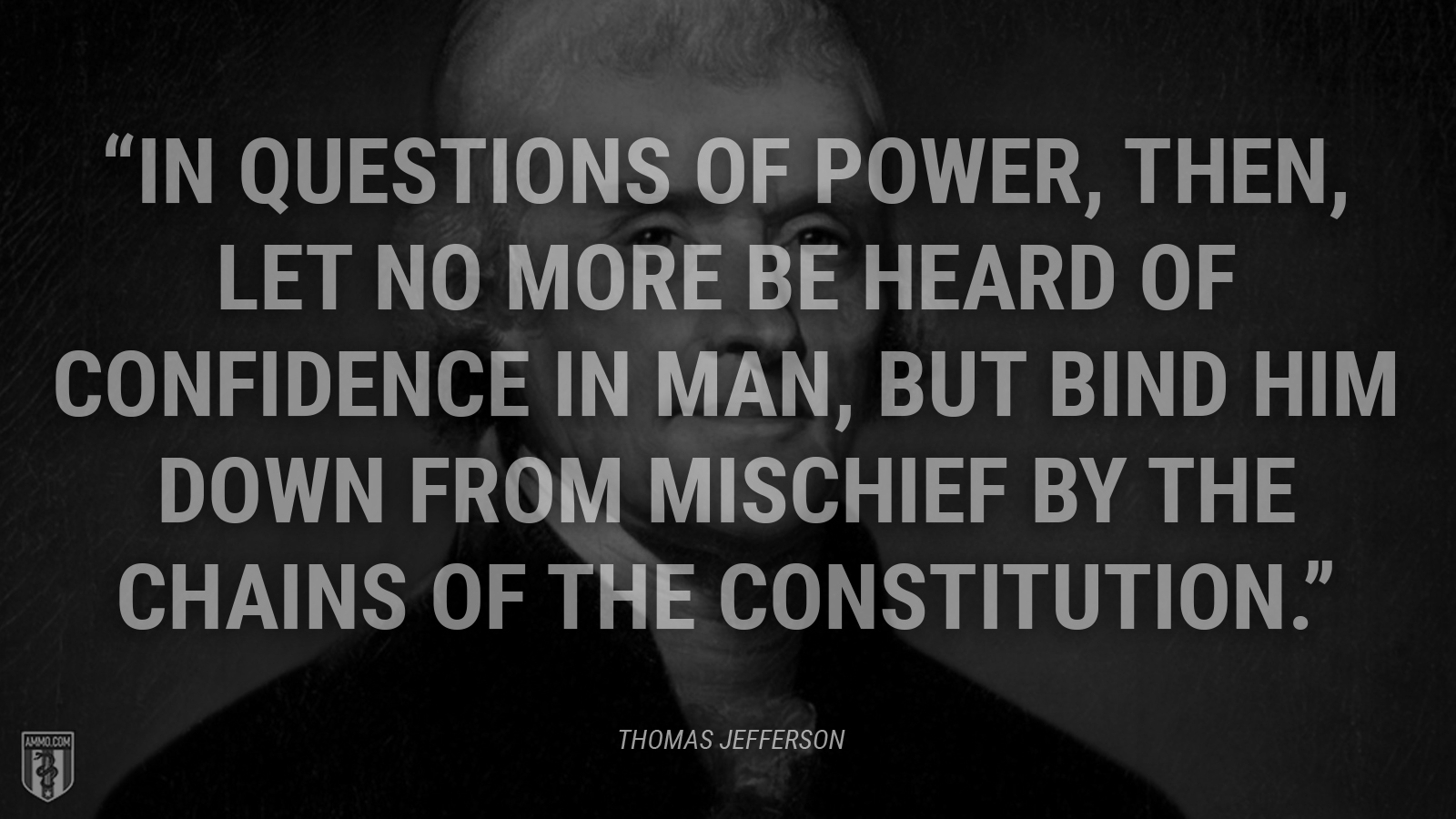 “In questions of power, then, let no more be heard of confidence in man, but bind him down from mischief by the chains of the Constitution.”