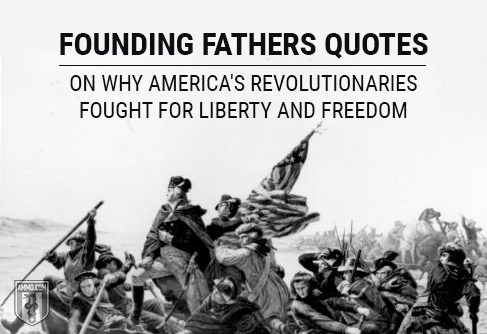 America was founded on a single principle: Freedom. We are, ultimately, a nation for adults, built for people willing to accept responsibility for their lives for good and for ill. Indeed, the Founders were well aware of the allure of despotism. It is safe to be protected by someone else and to not have to make decisions about one’s own life.

What’s more, the Founders knew that true liberty requires eternal vigilance. They understood that even a limited government would constantly be looking for ways to acquire more and greater power over the lives of its citizens. We need no further evidence of this than the United States government of today, with a far greater scope than what the Founders – who rebelled over a small tea tax – would have been willing to tolerate. Liberty is difficult to obtain, even more difficult to maintain, and very easy to lose. This is what the Founders believed. 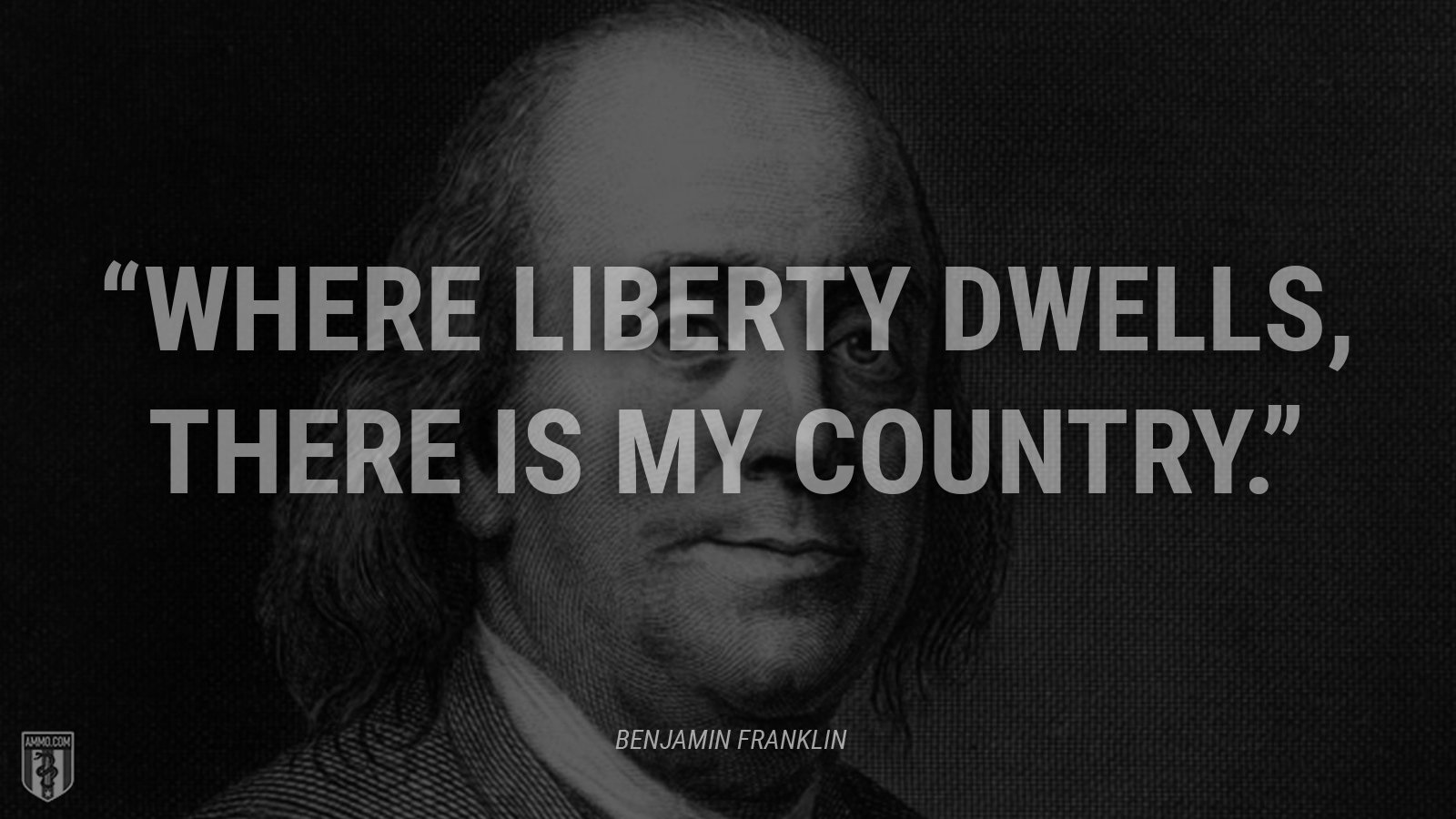 “Where liberty dwells, there is my country.”

“Liberty must at all hazards be supported. We have a right to it, derived from our Maker. But if we had not, our fathers have earned and bought it for us, at the expense of their ease, their estates, their pleasure, and their blood.”

“Is life so dear, or peaceful so sweet, as to be purchased at the price of chains and slavery? Forbid it, Almighty God! I know not what course others may take, but as for me, give me liberty or give me death!” 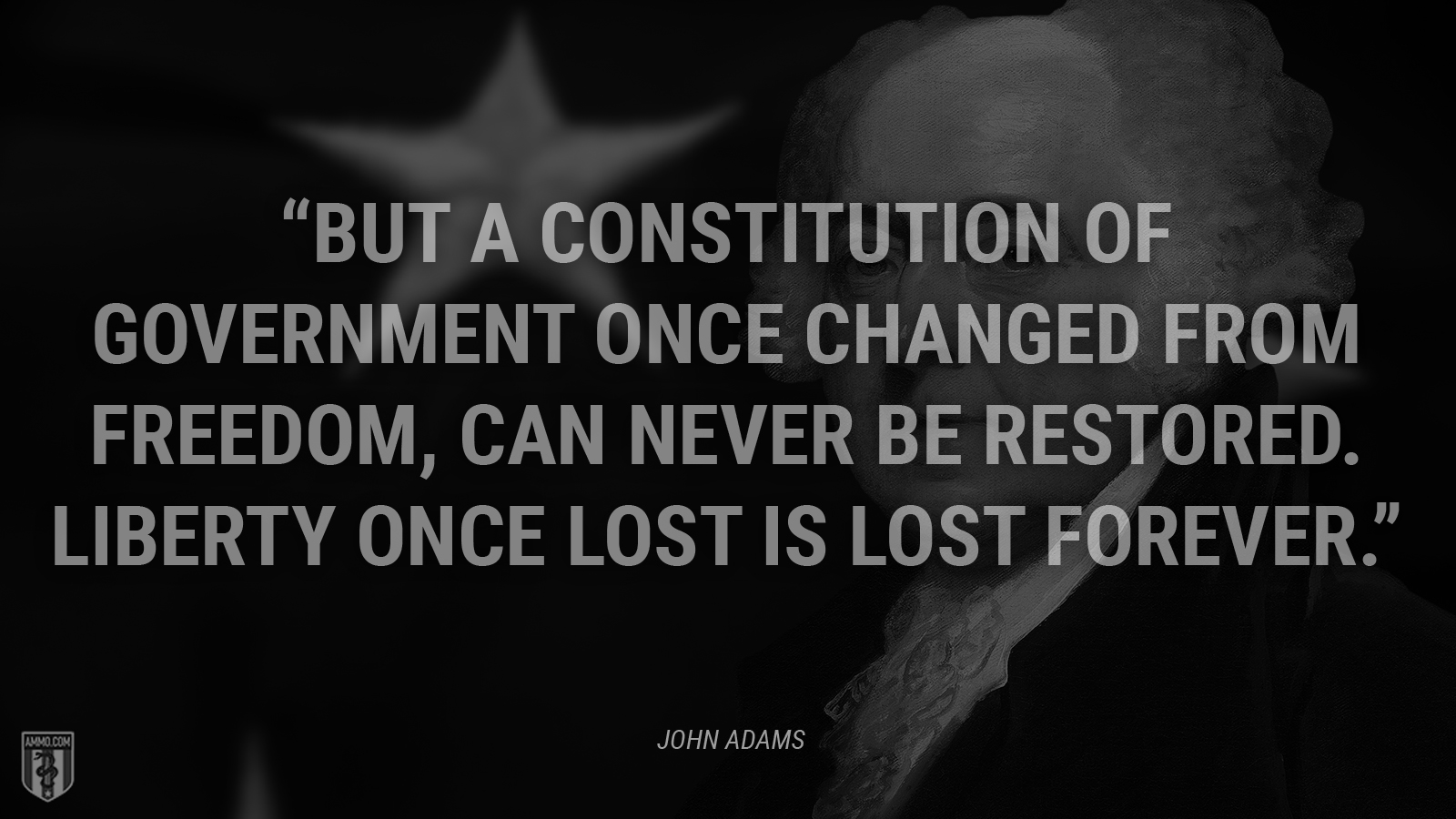 “But a Constitution of Government once changed from Freedom, can never be restored. Liberty once lost is lost forever.”

“There is not a single instance in history in which civil liberty was lost, and religious liberty preserved entire. If therefore we yield up our temporal property, we at the same time deliver the conscience into bondage.”

“The establishment of Civil and Religious Liberty was the Motive which induced me to the Field – the object is attained – and it now remains to be my earnest wish and prayer, that the Citizens of the United States could make a wise and virtuous use of the blessings placed before them.” 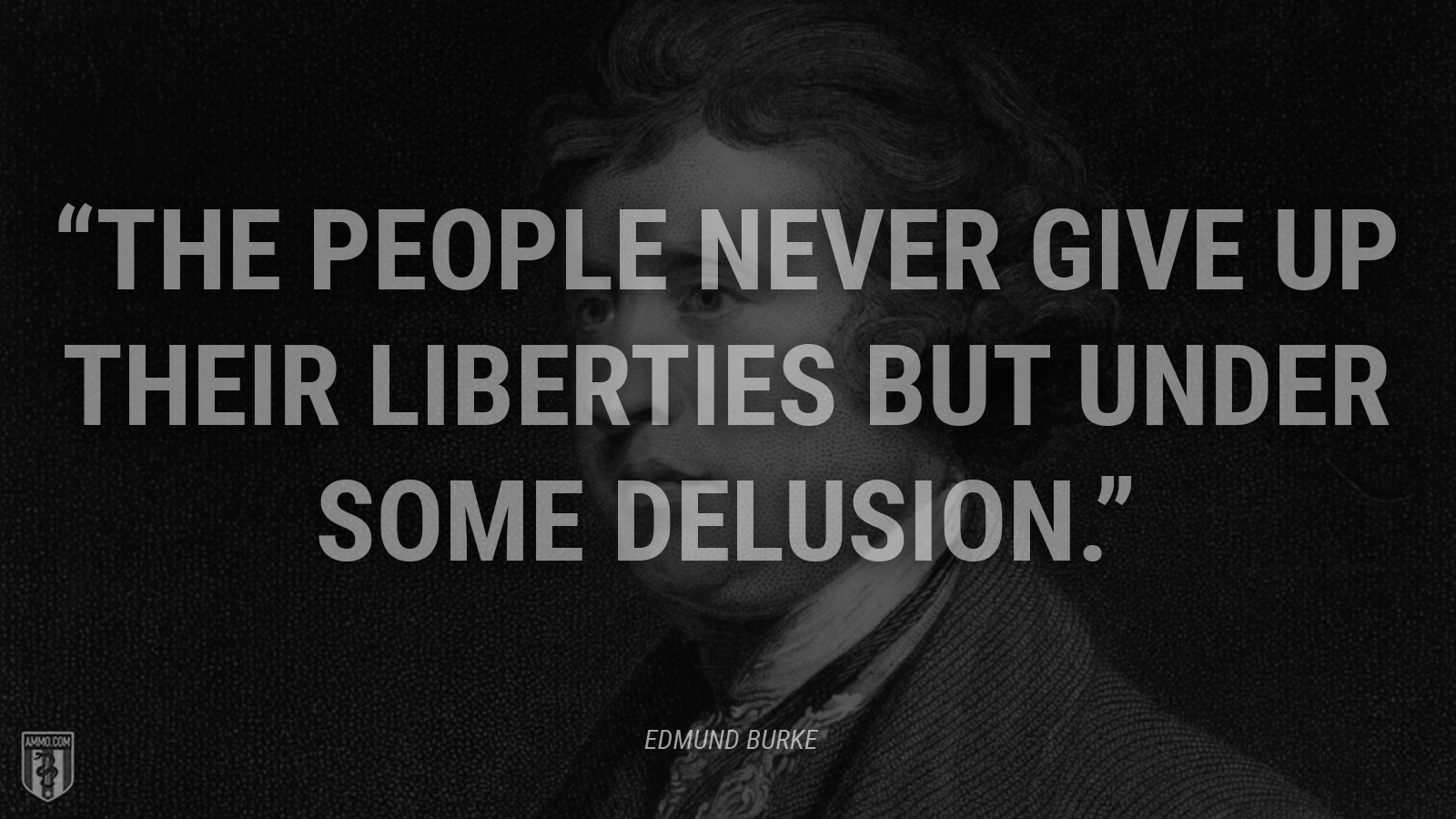 “The people never give up their liberties but under some delusion.”

“God grant, that not only the Love of Liberty, but a thorough Knowledge of the Rights of Man, may pervade all the Nations of the Earth, so that a Philosopher may set his Foot anywhere on its Surface, and say, 'This is my Country.' ”

“Liberty and order will never be perfectly safe, until a trespass on the constitutional provisions for either, shall be felt with the same keenness that resents an invasion of the dearest rights, until every citizen shall be an Argus to espy, and an Aegeon to avenge, the unhallowed deed.” 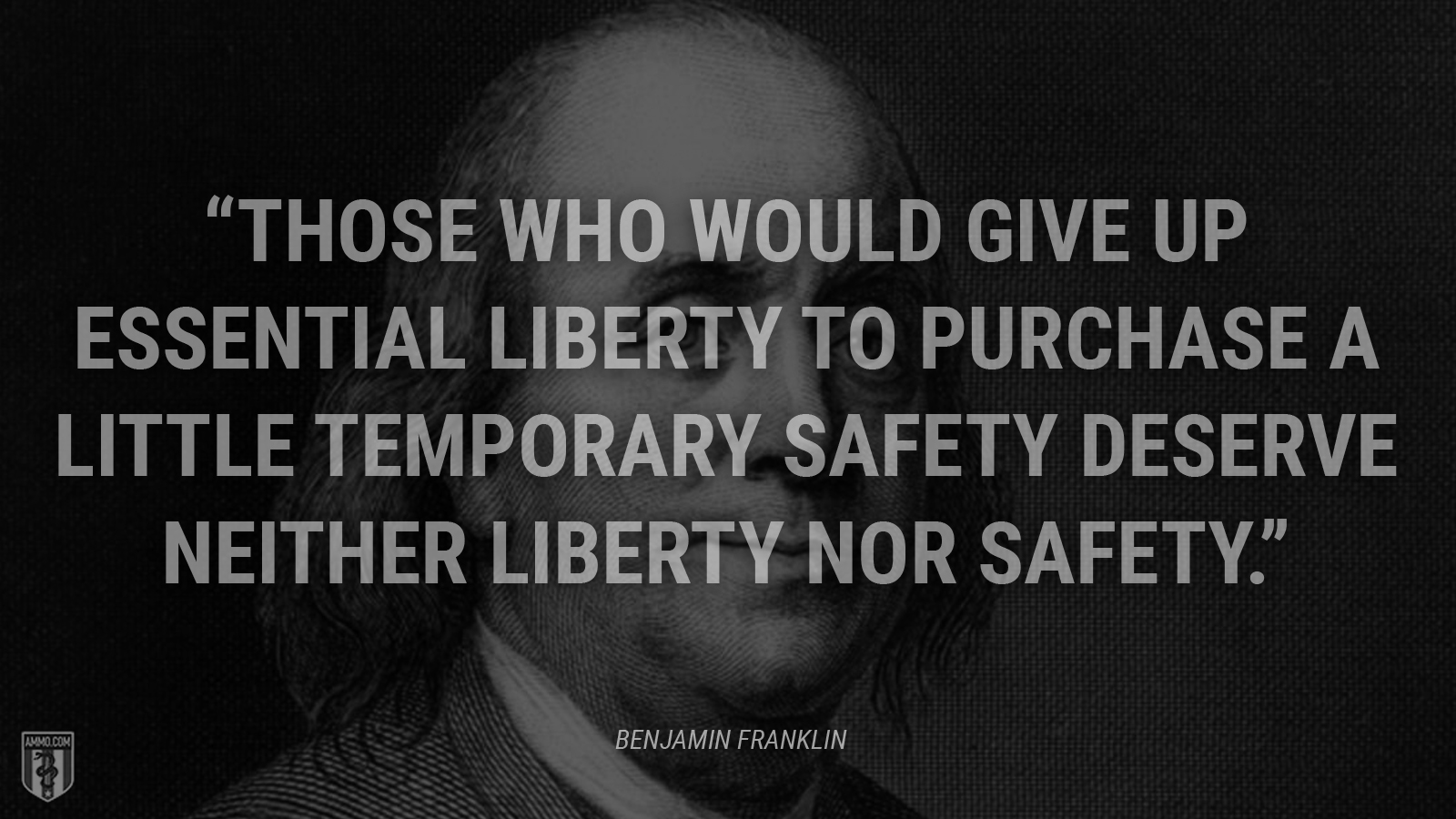 “Those who would give up essential liberty to purchase a little temporary safety deserve neither liberty nor safety.”

“Liberty is the power to do everything that does not interfere with the rights of others: thus, the exercise of the natural rights of every individual has no limits save those that assure to other members of society the enjoyment of the same rights.”

“He that would make his own liberty secure, must guard even his enemy from oppression; for if he violates this duty, he establishes a precedent that will reach to himself.” 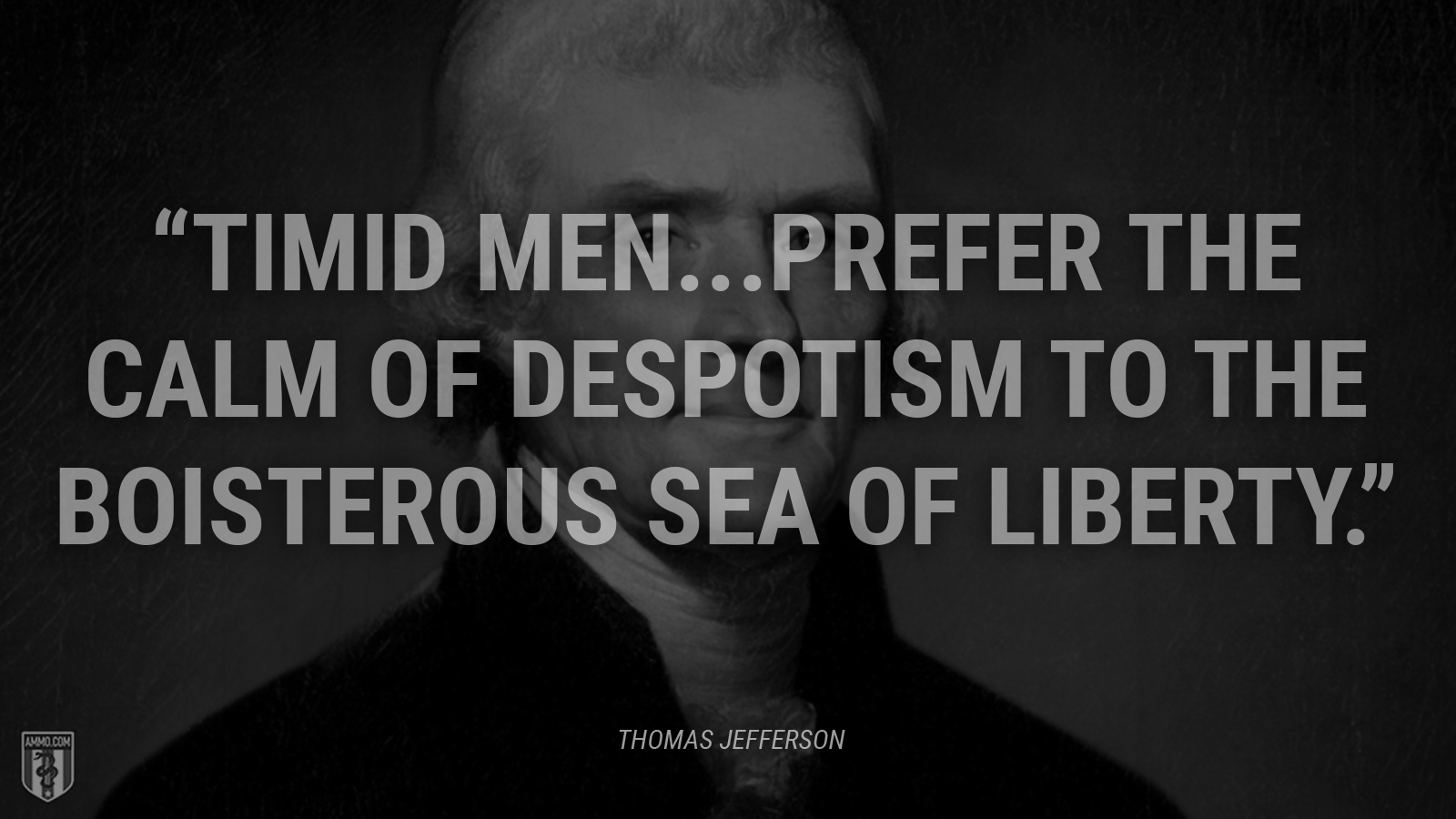 “Timid men...prefer the calm of despotism to the boisterous sea of liberty.”

“I would define liberty to be a power to do as we would be done by. The definition of liberty to be the power of doing whatever the law permits, meaning the civil laws, does not seem satisfactory.”

“Straight is the gate and narrow is the way that leads to liberty, and few nations, if any, have found it.” 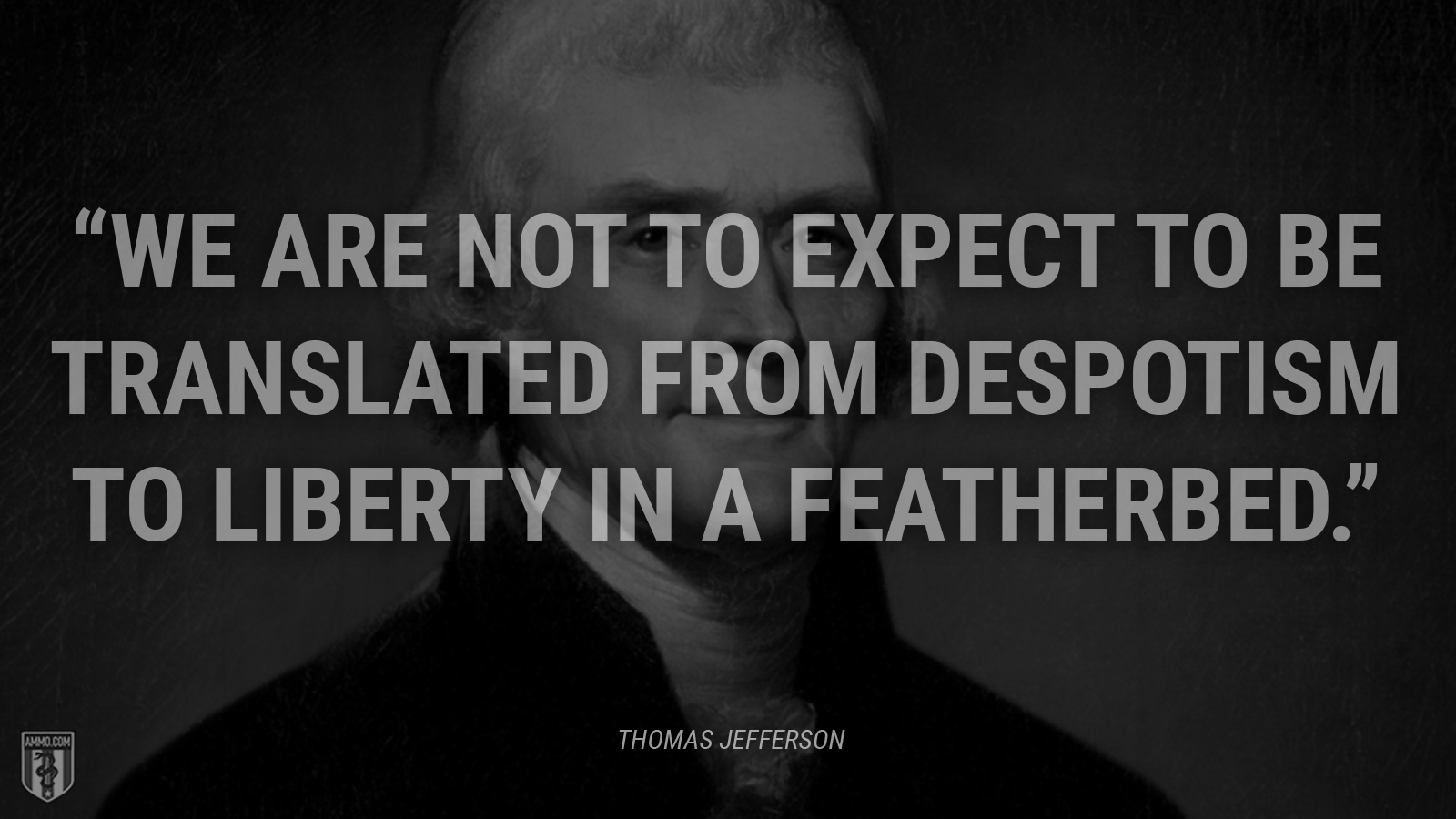 “We are not to expect to be translated from despotism to liberty in a featherbed.”

“The tree of liberty must be refreshed from time to time with the blood of patriots and tyrants. It is its natural manure.”

“’Tis a Common Observation here that our Cause is the Cause of all Mankind; and that we are fighting for their Liberty in defending our own.” 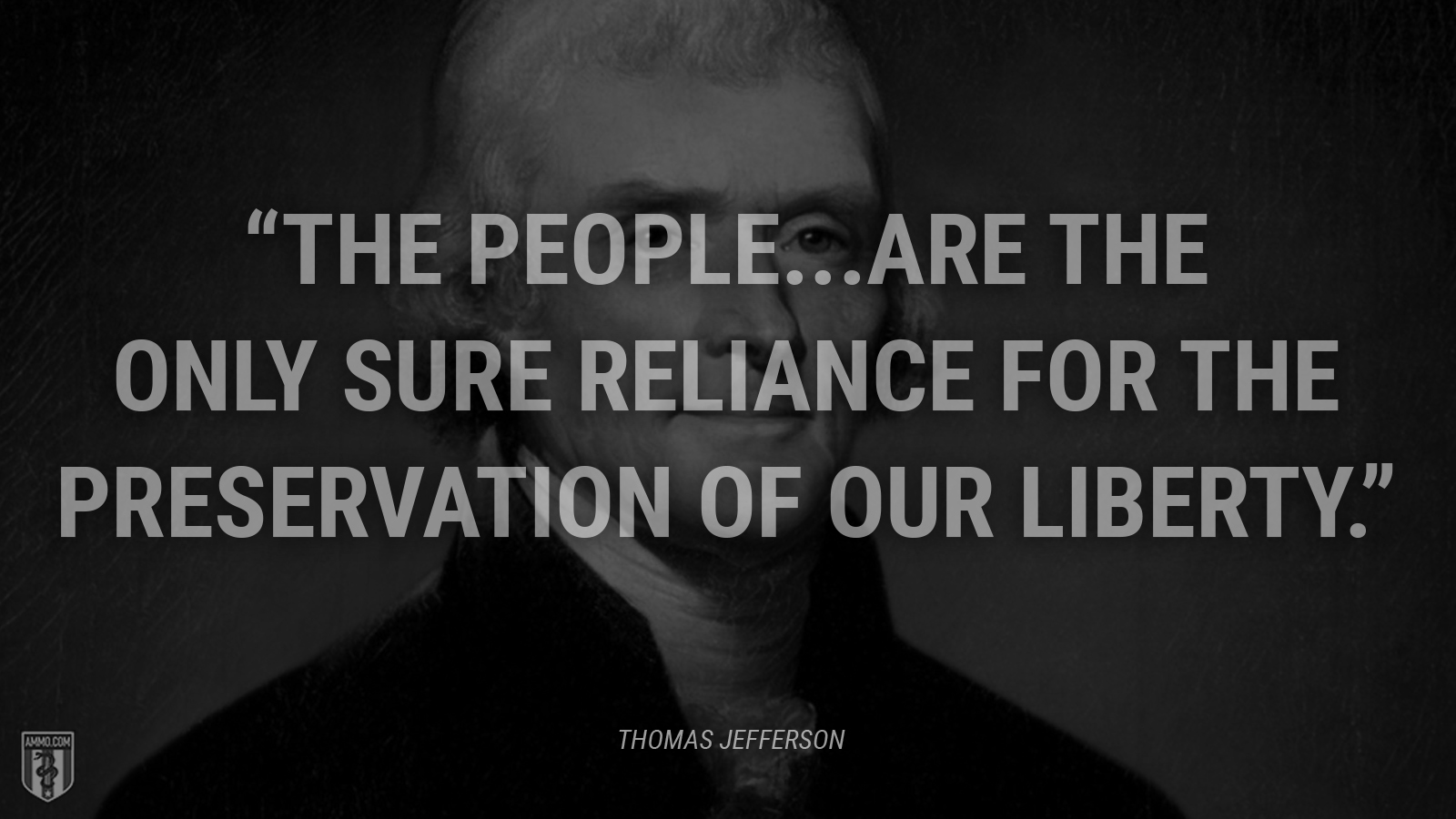 “The people...are the only sure reliance for the preservation of our liberty.”

“Liberty cannot be preserved without a general knowledge among the people, who have a right...and a desire to know; but besides this, they have a right, an indisputable, unalienable, indefeasible, divine right to that most dreaded and envied kind of knowledge, I mean of the characters and conduct of their rulers.”

“It behoves every man who values liberty of conscience for himself, to resist invasions of it in the case others.” 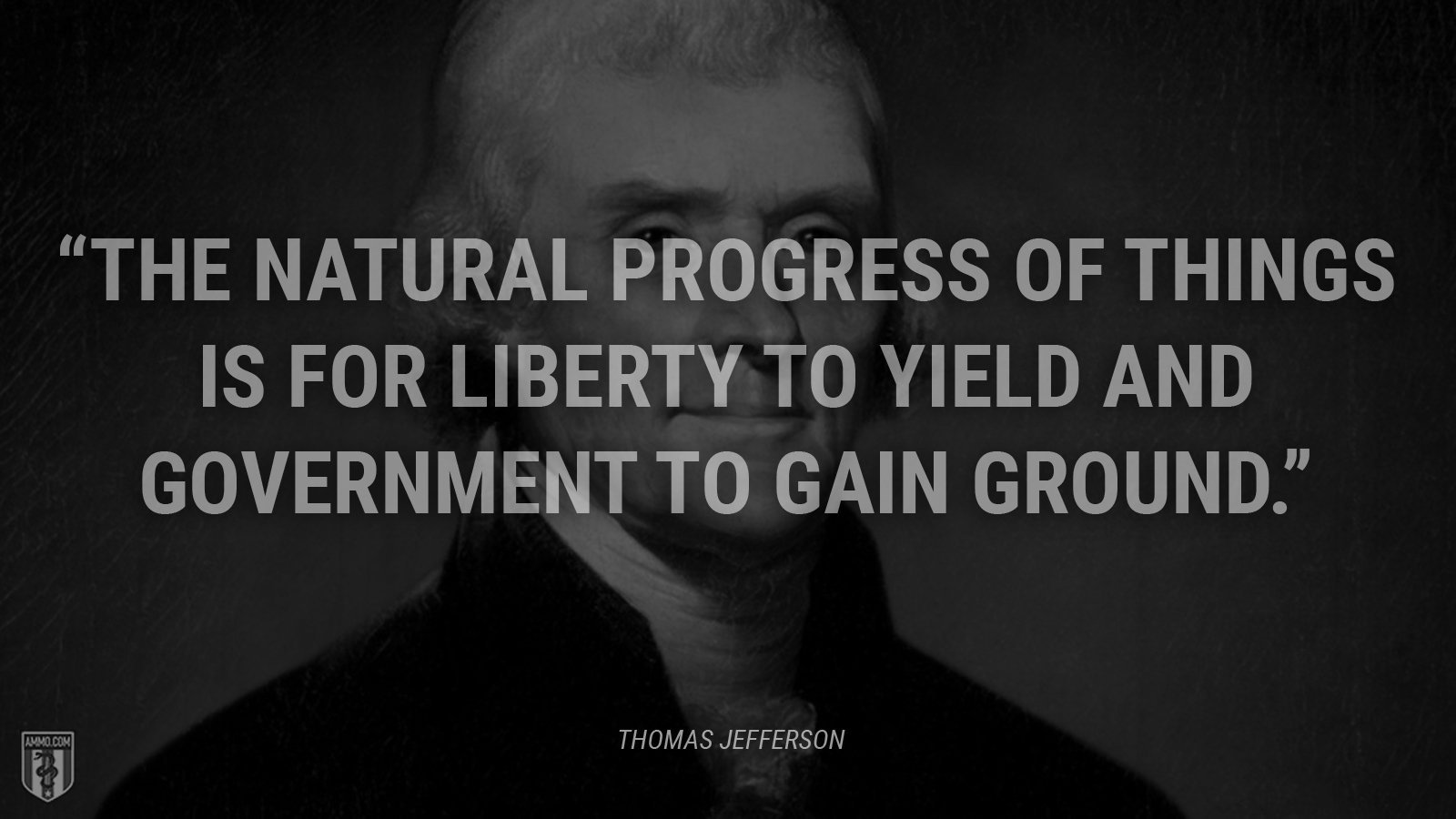 “The natural progress of things is for liberty to yield and government to gain ground.”

“The fundamental source of all your errors, sophisms, and false reasoning, is a total ignorance of the natural rights of mankind. Were you once to become acquainted with these, you could never entertain a thought, that all men are not, by nature, entitled to a parity of privileges. You would be convinced, that natural liberty is a gift of the beneficent Creator, to the whole human race; and that civil liberty is founded in that; and cannot be wrested from any people, without the most manifest violation of justice.”

“Rightful liberty is unobstructed action according to our will within limits drawn around us by the equal rights of others. I do not add 'within the limits of the law' because law is often but the tyrant's will, and always so when it violates the rights of the individual.” 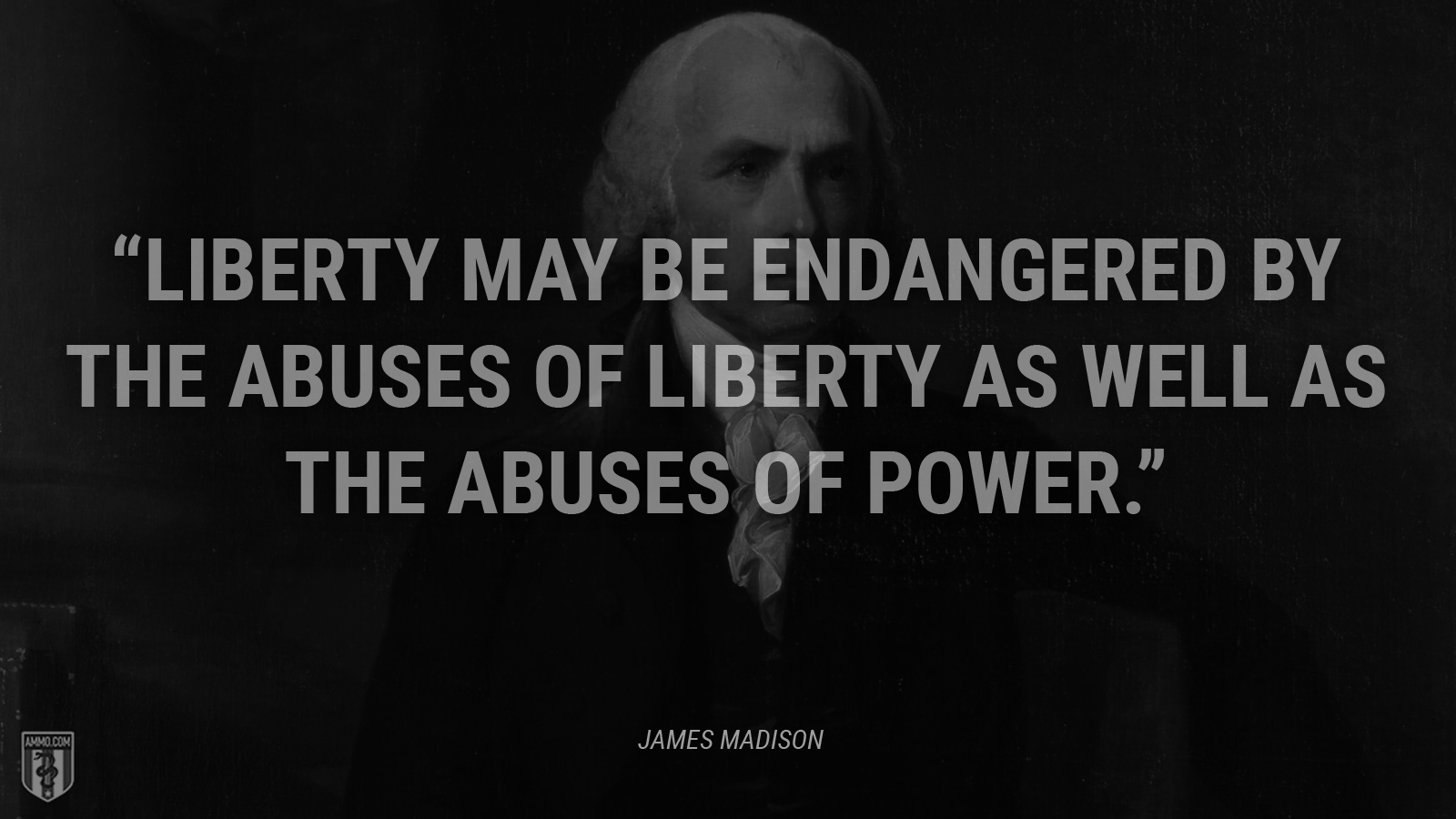 “I have sworn upon the altar of God eternal hostility against every form of tyranny over the mind of man.”

“The liberties of our country, the freedom of our civil constitution, are worth defending at all hazards; and it is our duty to defend them against all attacks. We have received them as a fair inheritance from our worthy ancestors: they purchased them for us with toil and danger and expense of treasure and blood, and transmitted them to us with care and diligence. It will bring an everlasting mark of infamy on the present generation, enlightened as it is, if we should suffer them to be wrested from us by violence without a struggle, or be cheated out of them by the artifices of false and designing men.” 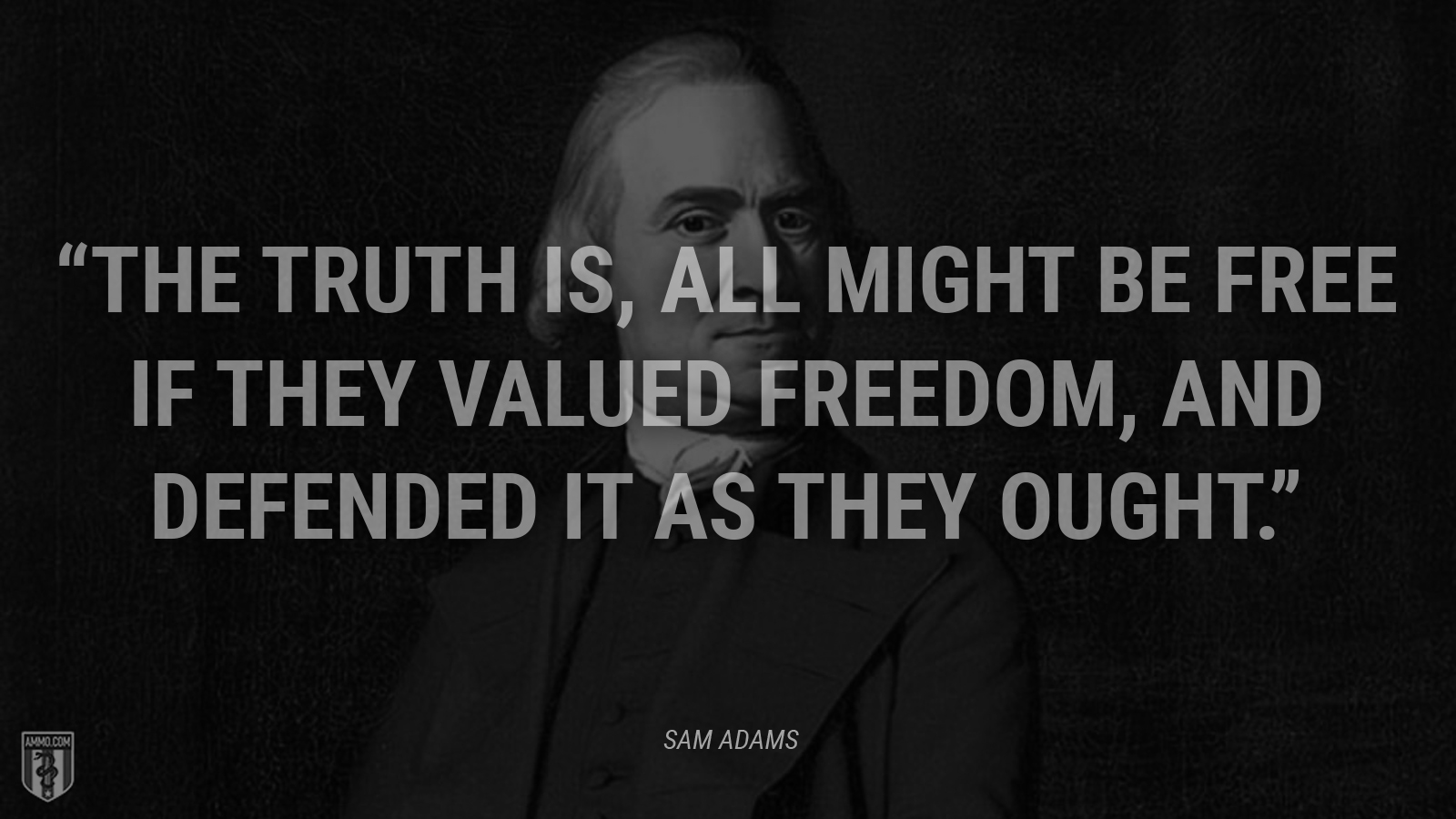 “The truth is, all might be free if they valued freedom, and defended it as they ought.”

“Our contest is not only whether we ourselves shall be free, but whether there shall be left to mankind an asylum on earth for civil and religious liberty.”

“Those who expect to reap the blessings of freedom, must, like men, undergo the fatigues of supporting it.” 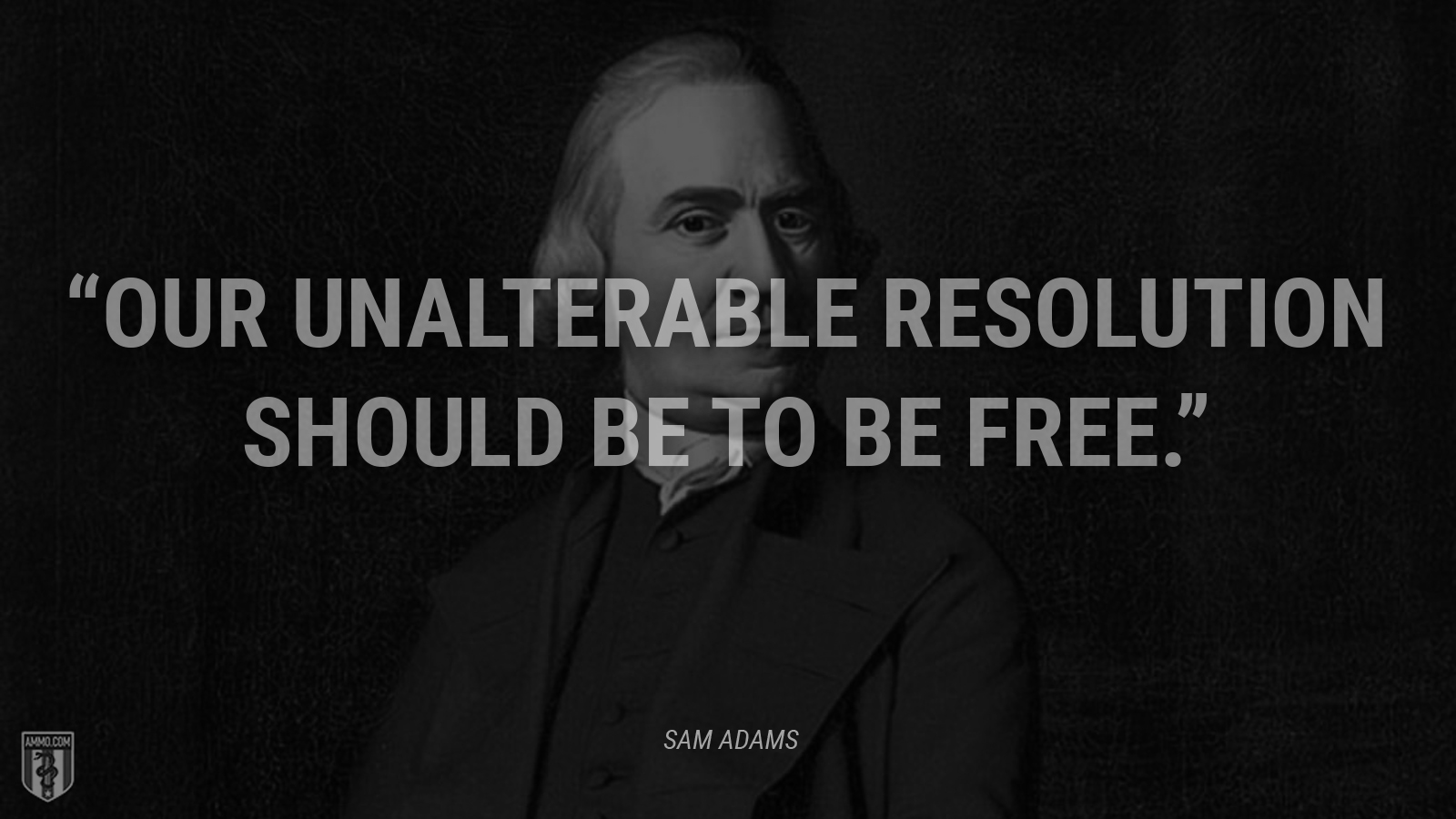 “Our unalterable resolution should be to be free.”

“The human mind will some day get back to the freedom it enjoyed 2000 years ago. This country, which has given to the world the example of physical liberty, owes to it that of moral emancipation also. For, as yet, it is but nominal with us. The inquisition of public opinion overwhelms in practice the freedom asserted by the laws in theory.”

“Remember, that in all countries where the freedom of the poor has been taken away, in whole or in part, that the freedom of the rich lost its defence. The circle has ever continued to constrict, till lessening to a point it became absolute.” 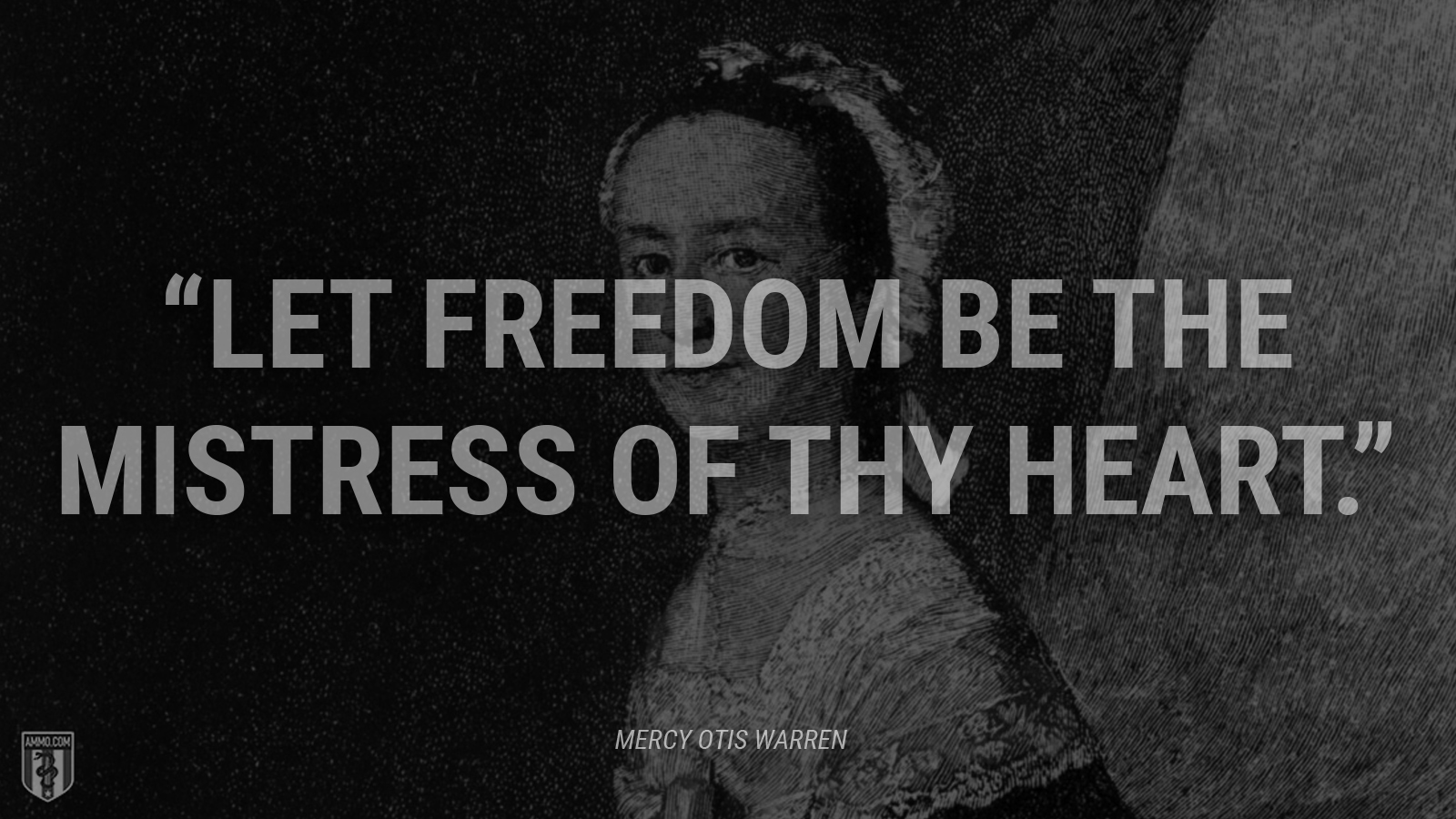 “Let freedom be the mistress of thy heart.”

“Political freedom includes in it every other blessing. All the pleasures of riches, science, virtue, and even religion itself derive their value from liberty alone. No wonder therefore wise and prudent legislators have in all ages been held in such great veneration; and no wonder too those illustrious souls who have employed their pens and sacrificed their lives in defense of liberty have met with such universal applause. Their reputations, like some majestic river which enlarges and widens as it approaches its parent ocean, shall become greater and greater through every age and outlive the ruins of the world itself.”

“Freedom and not servitude is the cure of anarchy; as religion, and not atheism, is the true remedy for superstition.” 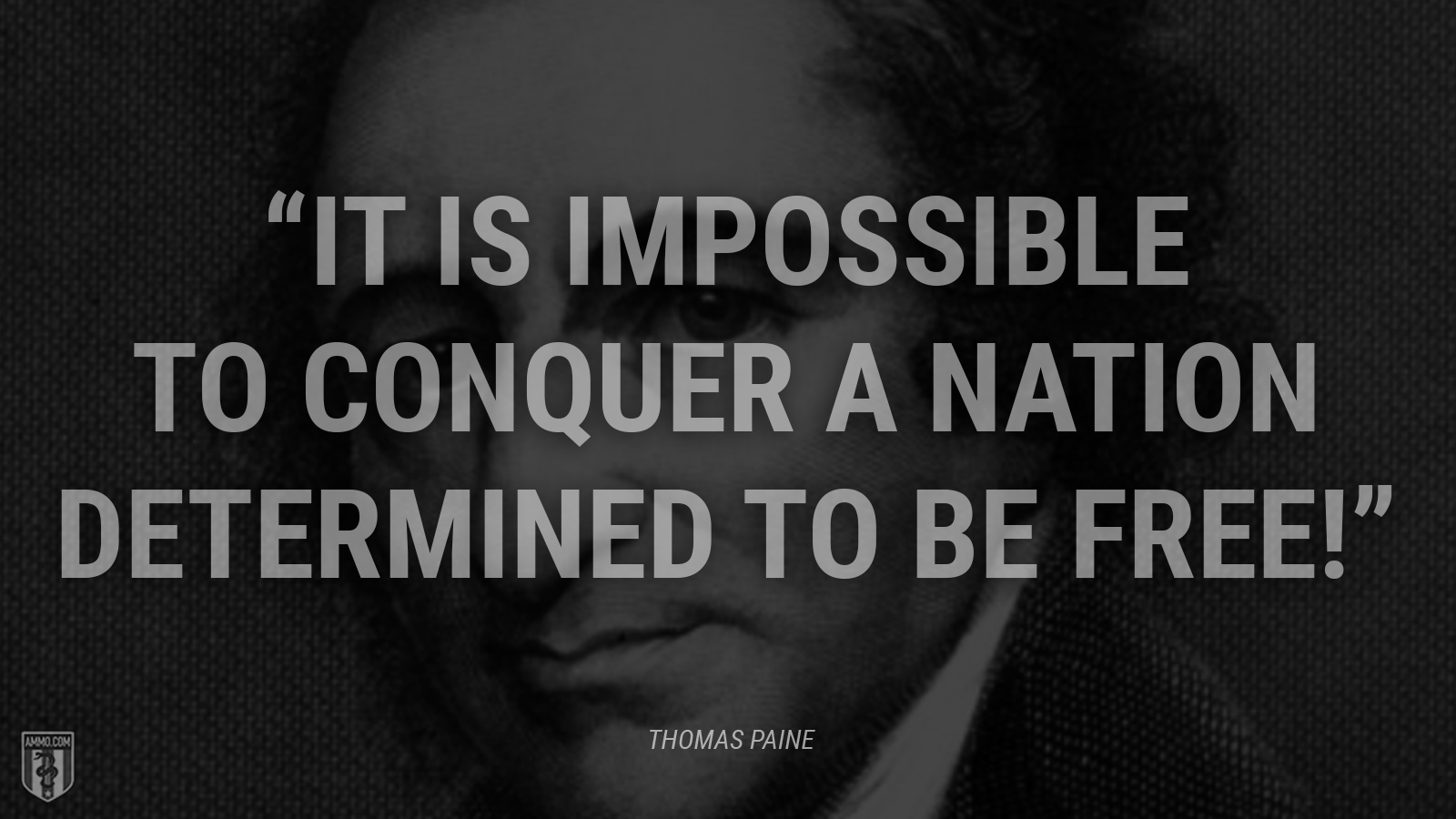 “It is impossible to conquer a nation determined to be free!”

“In every human breast, God has implanted a principle, which we call love of freedom; it is impatient of oppression and pants for deliverance.”

“The price of freedom is eternal vigilance.” 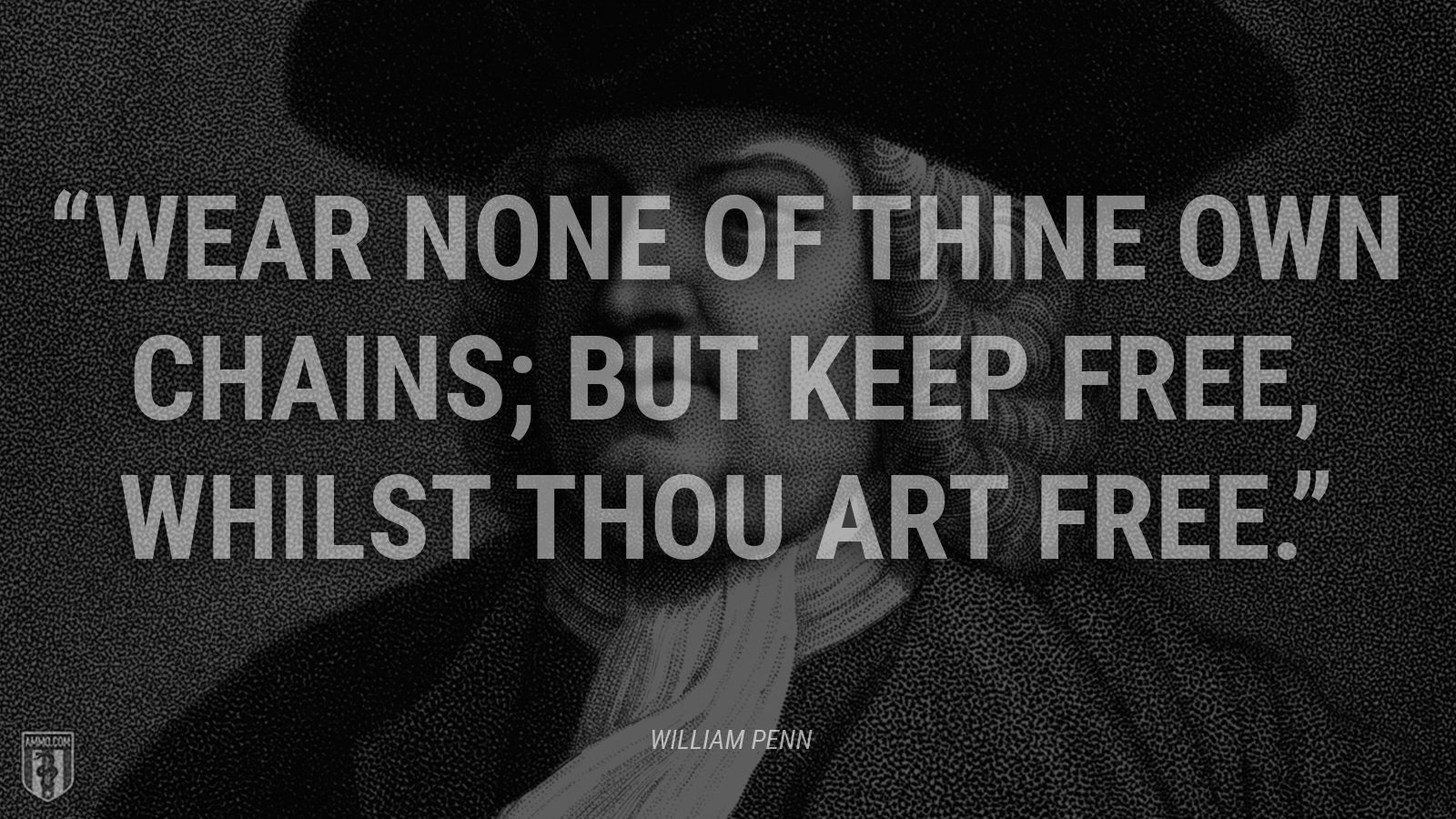 “Wear none of thine own chains; but keep free, whilst thou art free.”

“Freedom hath been hunted round the globe. Asia and Africa have long expelled her. Europe regards her like a stranger, and England hath given her warning to depart. O! Receive the fugitive, and prepare in time an asylum for mankind.”

“I believe there are more instances of the abridgment of the freedom of the people by gradual and silent encroachments of those in power than by violent and sudden usurpations.” 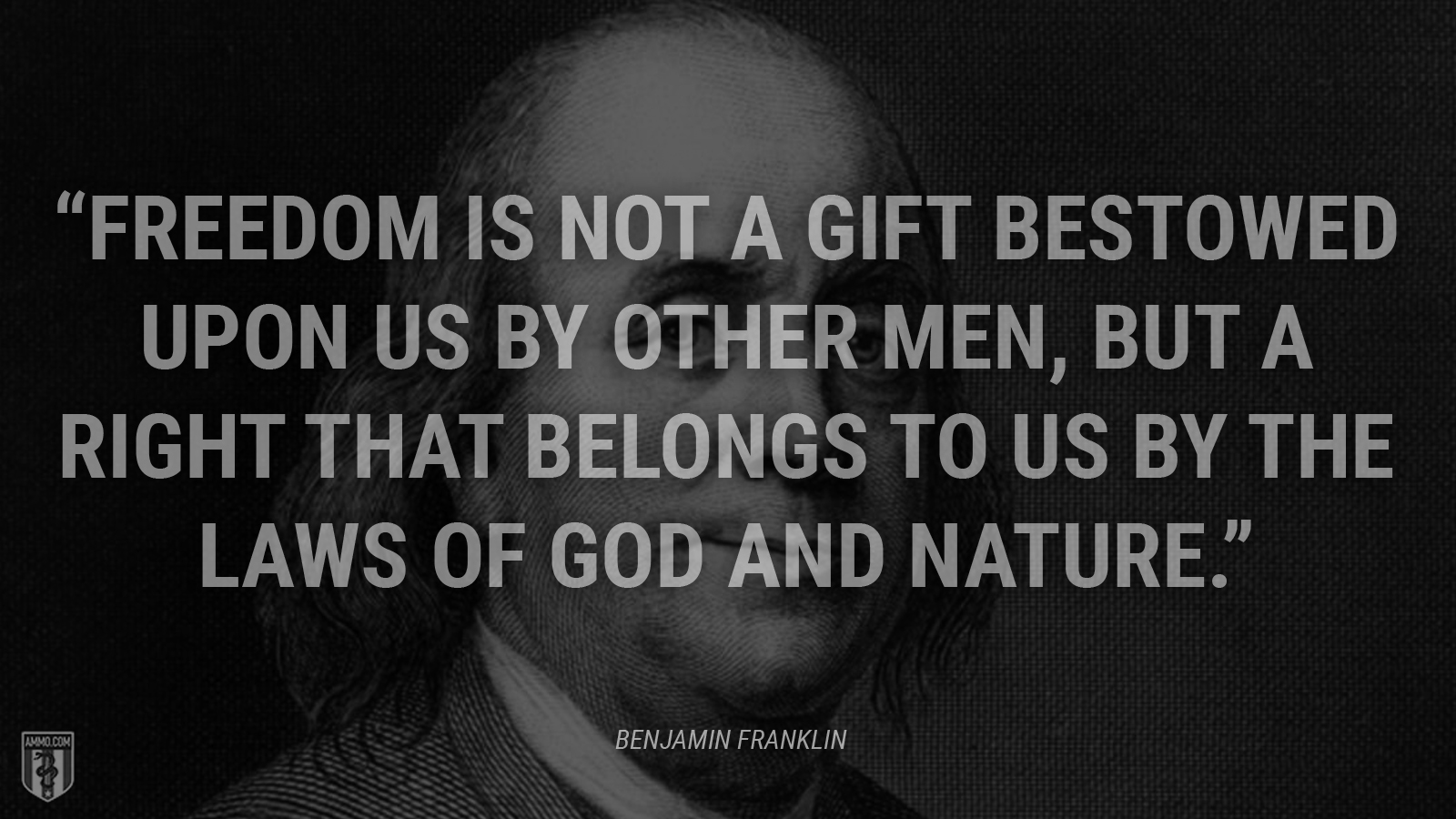 “Freedom is not a gift bestowed upon us by other men, but a right that belongs to us by the laws of God and nature.”

“What we obtain too cheap, we esteem too lightly: it is dearness only that gives every thing its value. Heaven knows how to put a proper price upon its goods; and it would be strange indeed if so celestial an article as freedom should not be highly rated.”