Founding Fathers Quotes on Privacy, Search, and Seizures in the Fourth Amendment 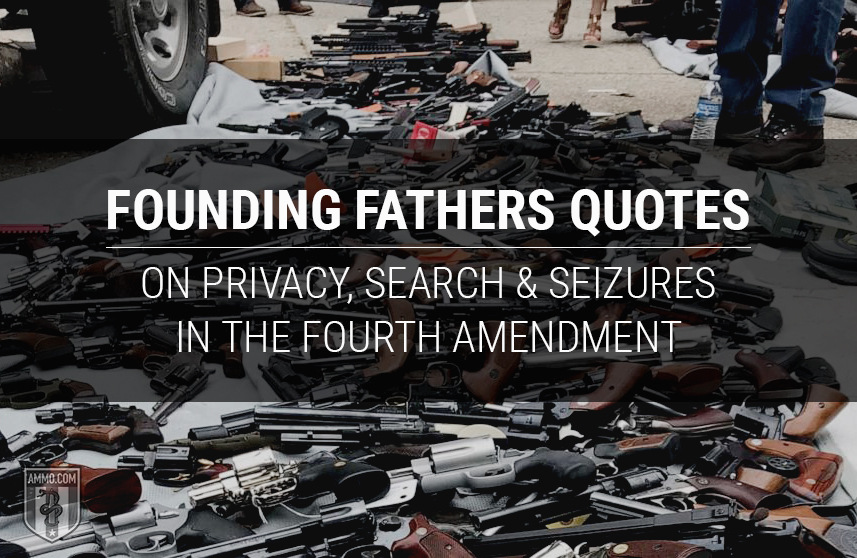 “The right of the people to be secure in their persons, houses, papers, and effects, against unreasonable searches and seizures, shall not be violated, and no Warrants shall issue, but upon probable cause, supported by Oath or affirmation, and particularly describing the place to be searched, and the persons or things to be seized.”

The Fourth Amendment prevents unlawful search and seizure. As such, it is currently a giant legal gray area as the courts work out how this old amendment will apply to new and emerging technologies like cryptography and electronic communications. Throughout the entire 19th Century, it was largely understood that the Fourth did not apply to state and local governments. However, in Mapp v. Ohio in 1961, the Supreme Court found that, via the 14th Amendment, the Fourth applied to the state and local governments of the United States as well.

Like much of the Bill of Rights, the Fourth Amendment is a product of British colonial powers over the United States. The Founders were deeply distrustful of standing armies in general. Widespread searches and seizures were common in colonial America – searches far beyond what would have been allowed in the mother country. There are a number of massive loopholes and exceptions to this amendment, including the motor vehicle exception, the open field exception, and others. Most of this is about litigating what counts as a “search” and what does not. 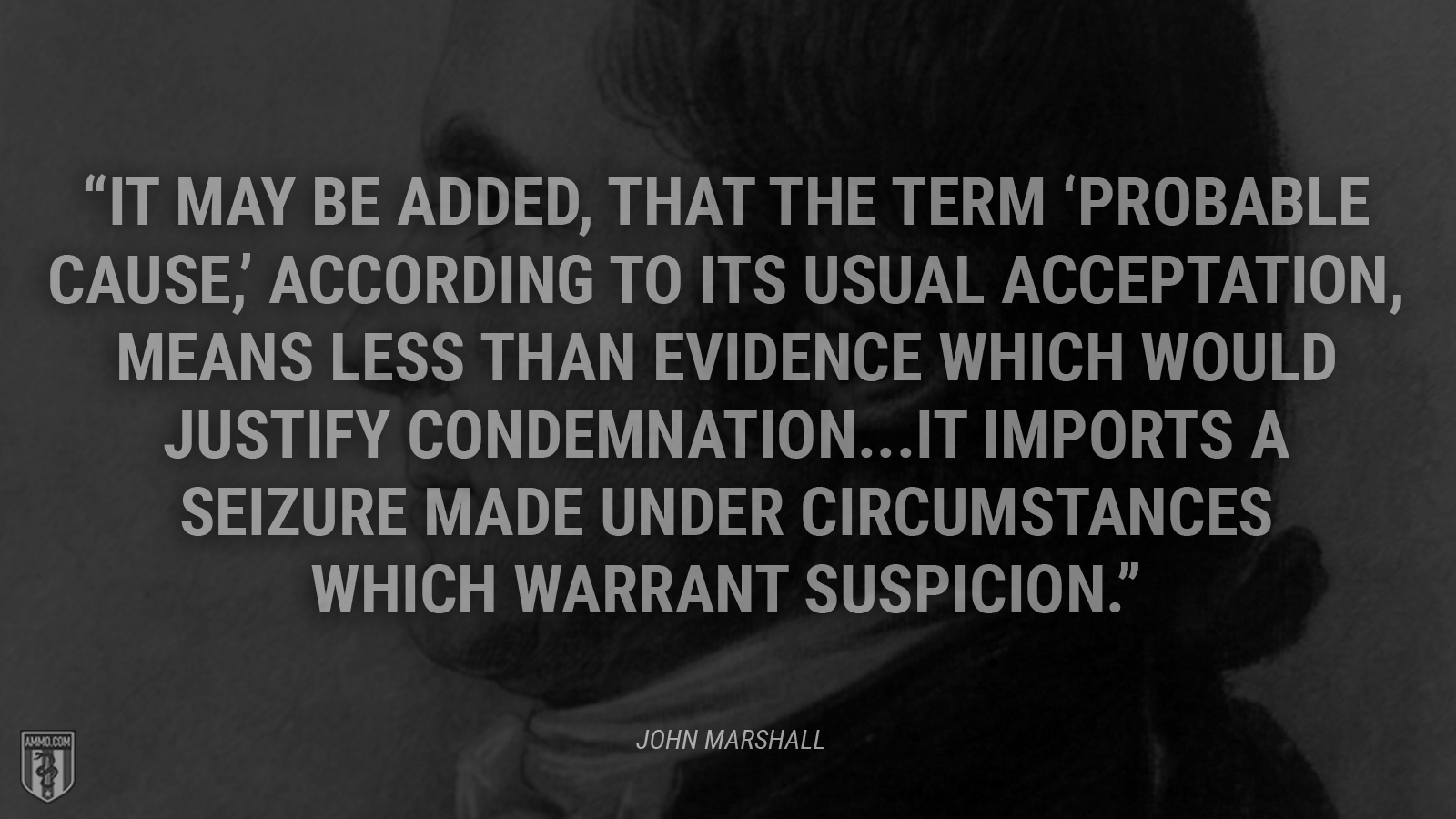 “It may be added, that the term 'probable cause,' according to its usual acceptation, means less than evidence which would justify condemnation...It imports a seizure made under circumstances which warrant suspicion.”

“That general warrants, whereby any officer or messenger may be commanded to search suspected places without evidence of a fact committed, or to seize any person or persons not named, or whose offense is not particularly described and supported by evidence, are grievous and oppressive and ought not to be granted.” 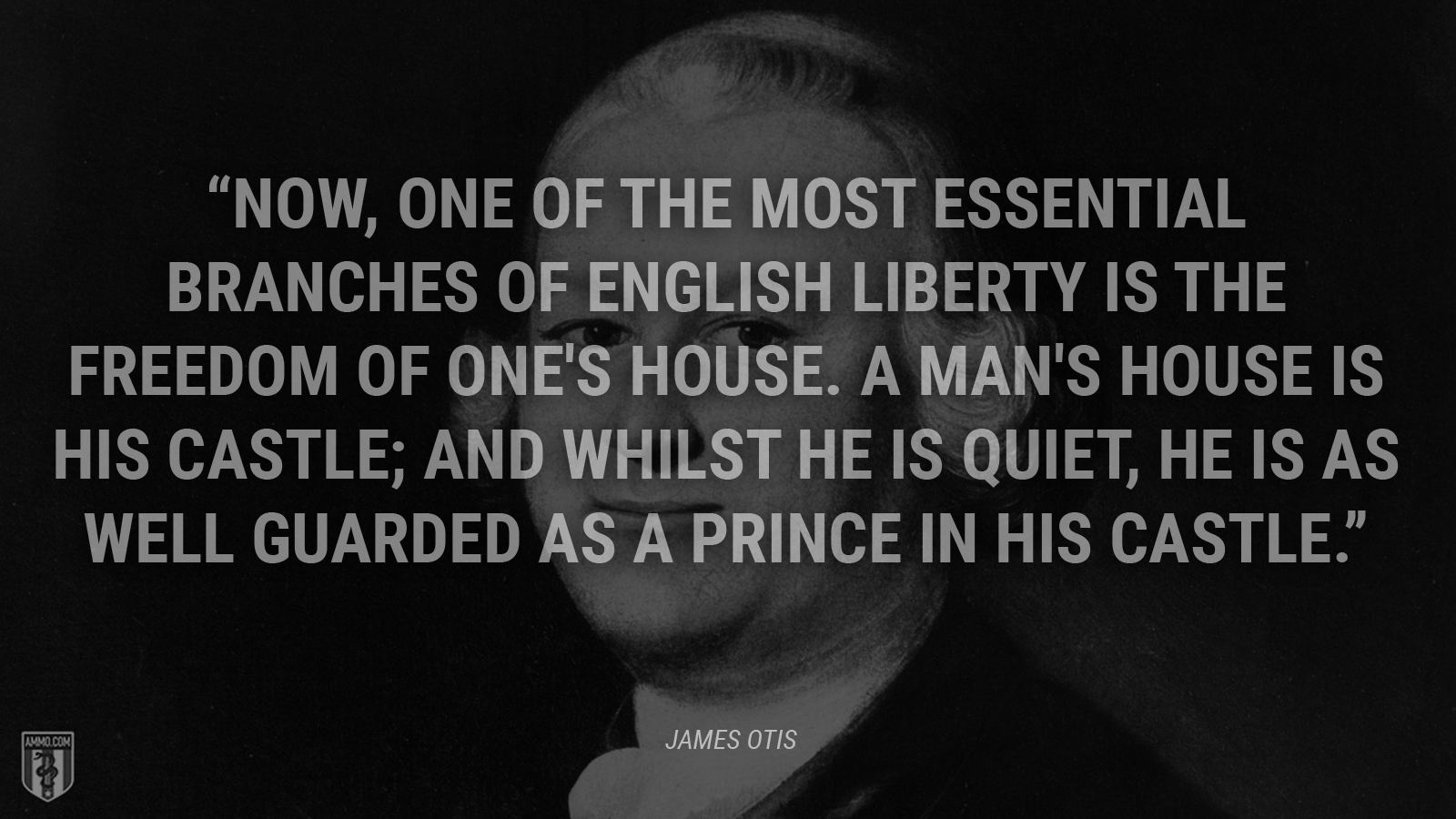 “Now, one of the most essential branches of English liberty is the freedom of one's house. A man's house is his castle; and whilst he is quiet, he is as well guarded as a prince in his castle.”

“Every subject has a right to be secure from all unreasonable searches, and seizures, of his person, his houses, his papers, and all his possessions. All warrants, therefore, are contrary to this right, if the cause or foundation of them be not previously supported by oath or affirmation; and if the order in the warrant to a civil officer, to make search in suspected places, or to arrest one or more suspected persons, or to seize their property, be not accompanied with a special designation of the persons or objects of search, arrest, or seizure: and no warrant ought to be issued but in cases, and with the formalities prescribed by the laws.” 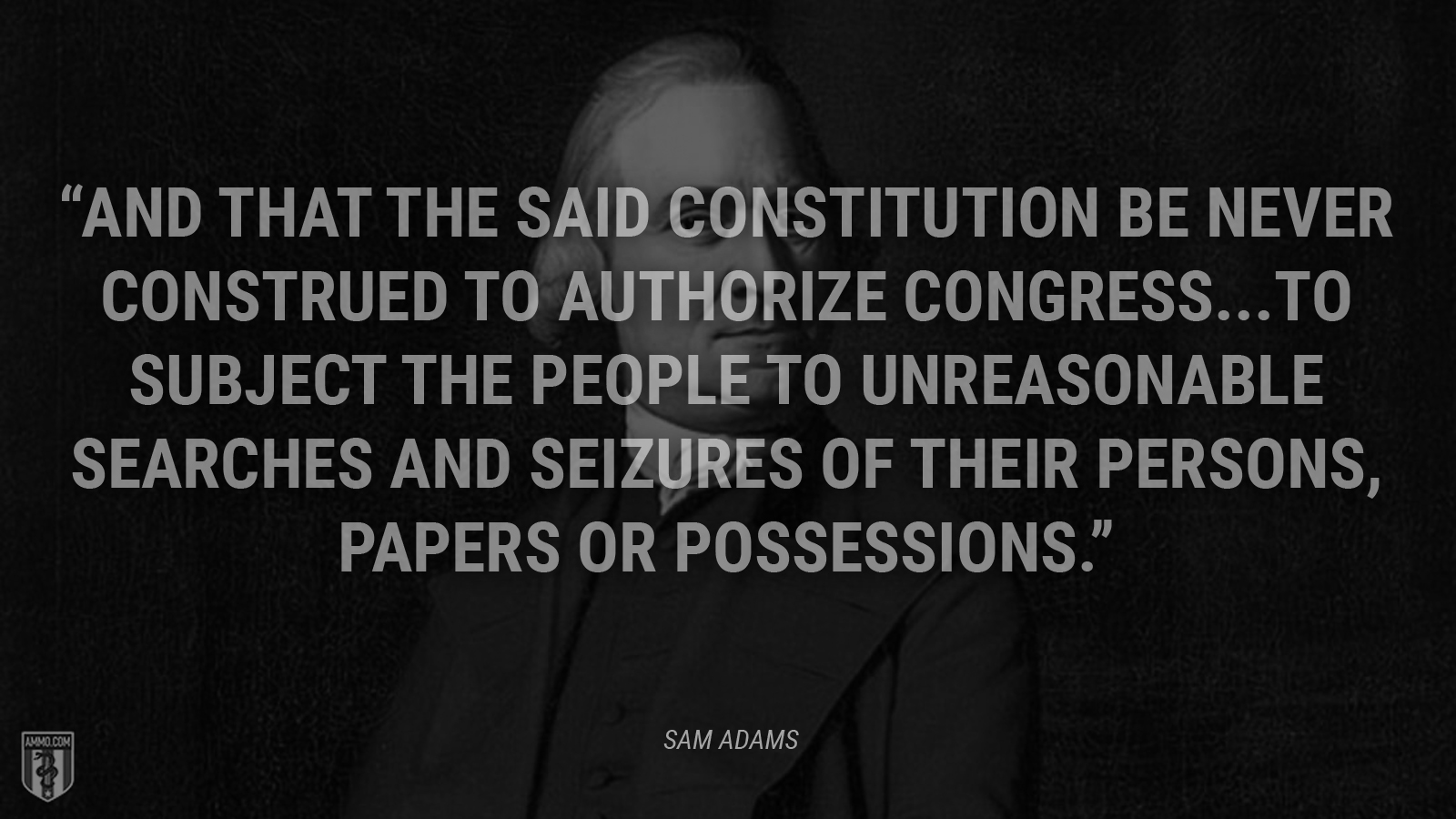 “And that the said Constitution be never construed to authorize Congress...to subject the people to unreasonable searches and seizures of their persons, papers or possessions.”

“Your Honors will find in the old books concerning the office of a justice of the peace precedents of general warrants to search suspected houses. But in more modern books you will find only special warrants to search such and such houses, specially named, in which the complainant has before sworn that he suspects his goods are concealed; and will find it adjudged that special warrants only are legal. In the same manner I rely on it, that the writ prayed for in this petition, being general, is illegal. It is a power that places the liberty of every man in the hands of every petty officer.”