Military Wit and Wisdom Quotes: Quotes About Combat and War from the Military 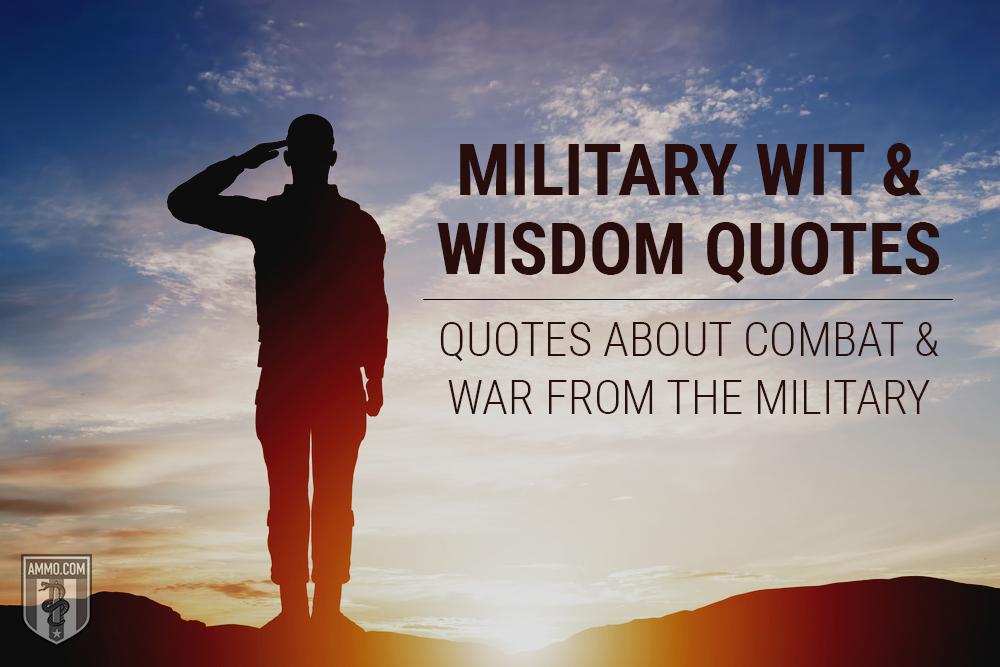 Respected for their discipline, honor and ability to face the most intense situations in the name of liberty, the U.S. military knows a thing or two about surviving combat. These are some of our favorite quotes from our armed forces.

“Engage your brain before you engage your weapon.”

“If I always appear prepared, it is because before entering an undertaking, I have meditated long and have foreseen what might occur. It is not genius where reveals to me suddenly and secretly what I should do in circumstances unexpected by others; it is thought and preparation.”

“If you find yourself in a fair fight – you didn’t plan your mission properly.” 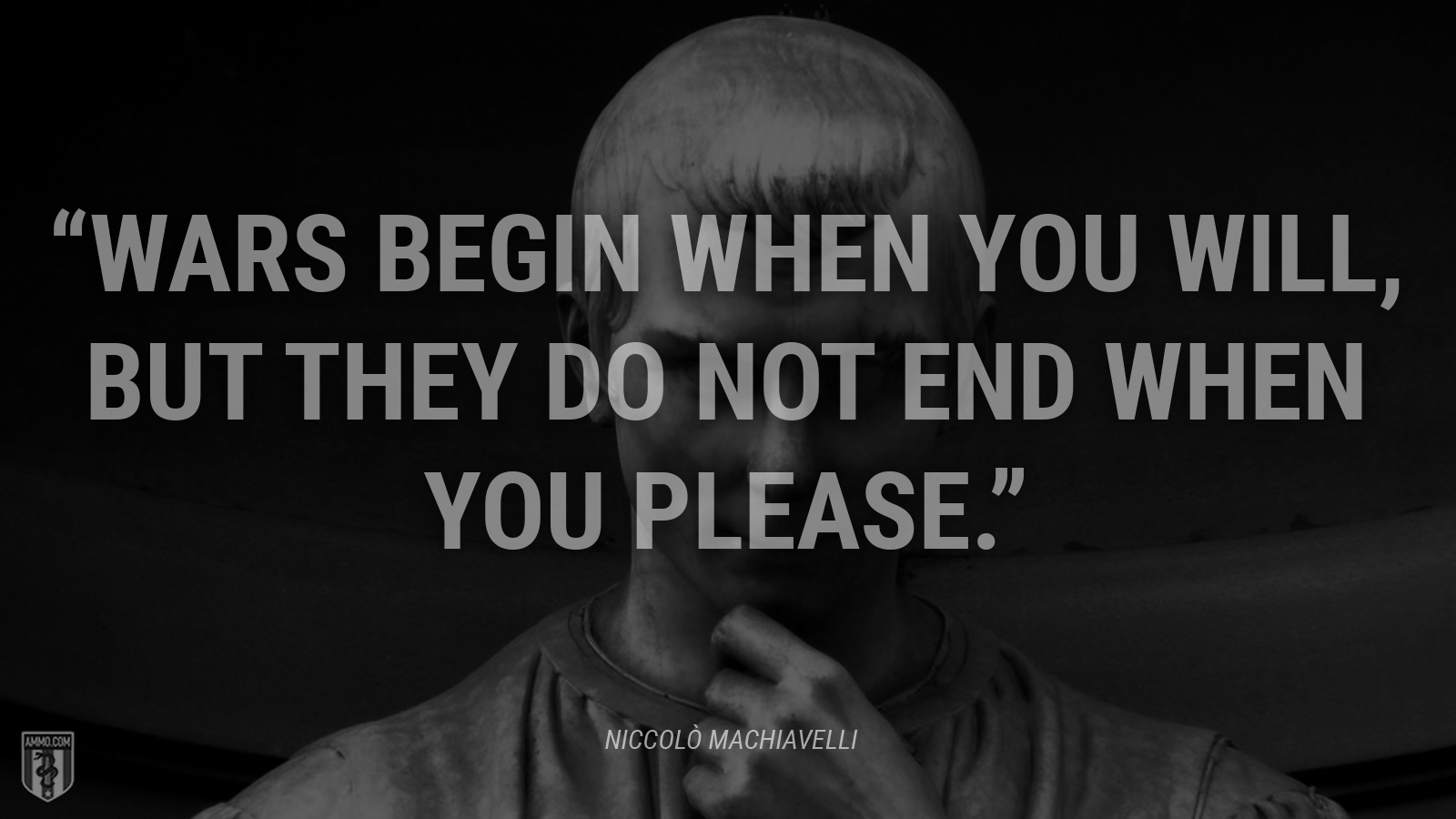 “Wars begin when you will, but they do not end when you please.”

“No battle plan survives first contact with the enemy.”

“God is on the side with the best artillery.”

“It would be a joke if the conduct of the victor had to be justified to the vanquished.” 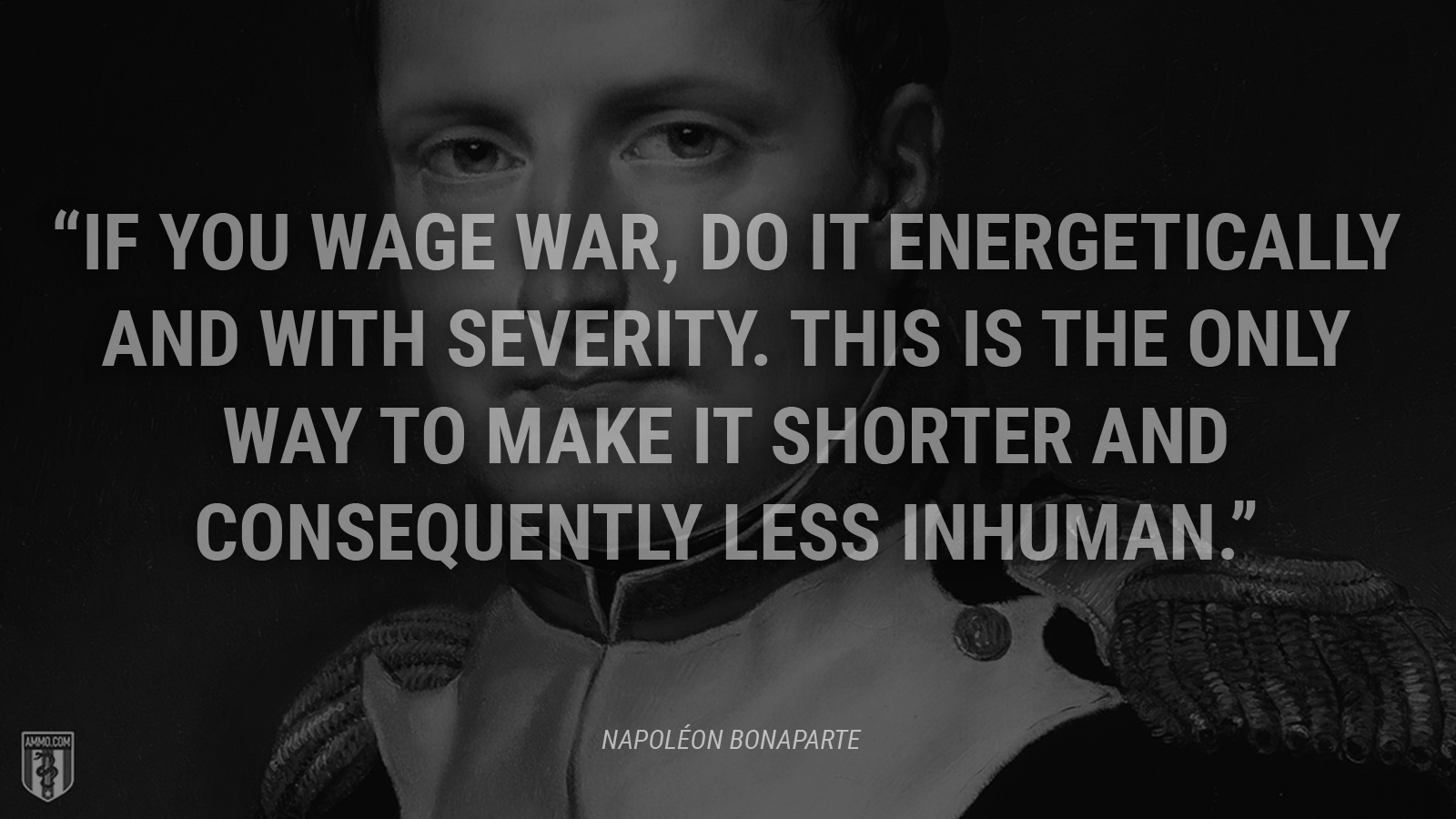 “If you wage war, do it energetically and with severity. This is the only way to make it shorter and consequently less inhuman.”

“So we go on and don't do it, and let the war go on. Over a period of 3 and a half or four years, we did burn down every town in North Korea. And every town in South Korea. And what? Killed off 20% of the Korean population. What I'm trying to say is, if once you make a decision to use military force to solve your problem - then you ought to use it. And use an overwhelming military force. Use too much. And deliberately use too much. So that you don't make an error on the other side, and not quite have enough. And you roll over everything to start with. And you close it down just like that. You save resources. You save lives. Not only your own but the enemies too. And the recovery is quicker. And everybody is back to peaceful existence - hopefully in a shorter period of time.”

“The pessimist complains about the wind; the optimist expects it to change; the realist adjusts the sails.”

“The belief in the possibility of a short decisive war appears to be one of the most ancient and dangerous of human illusions.” 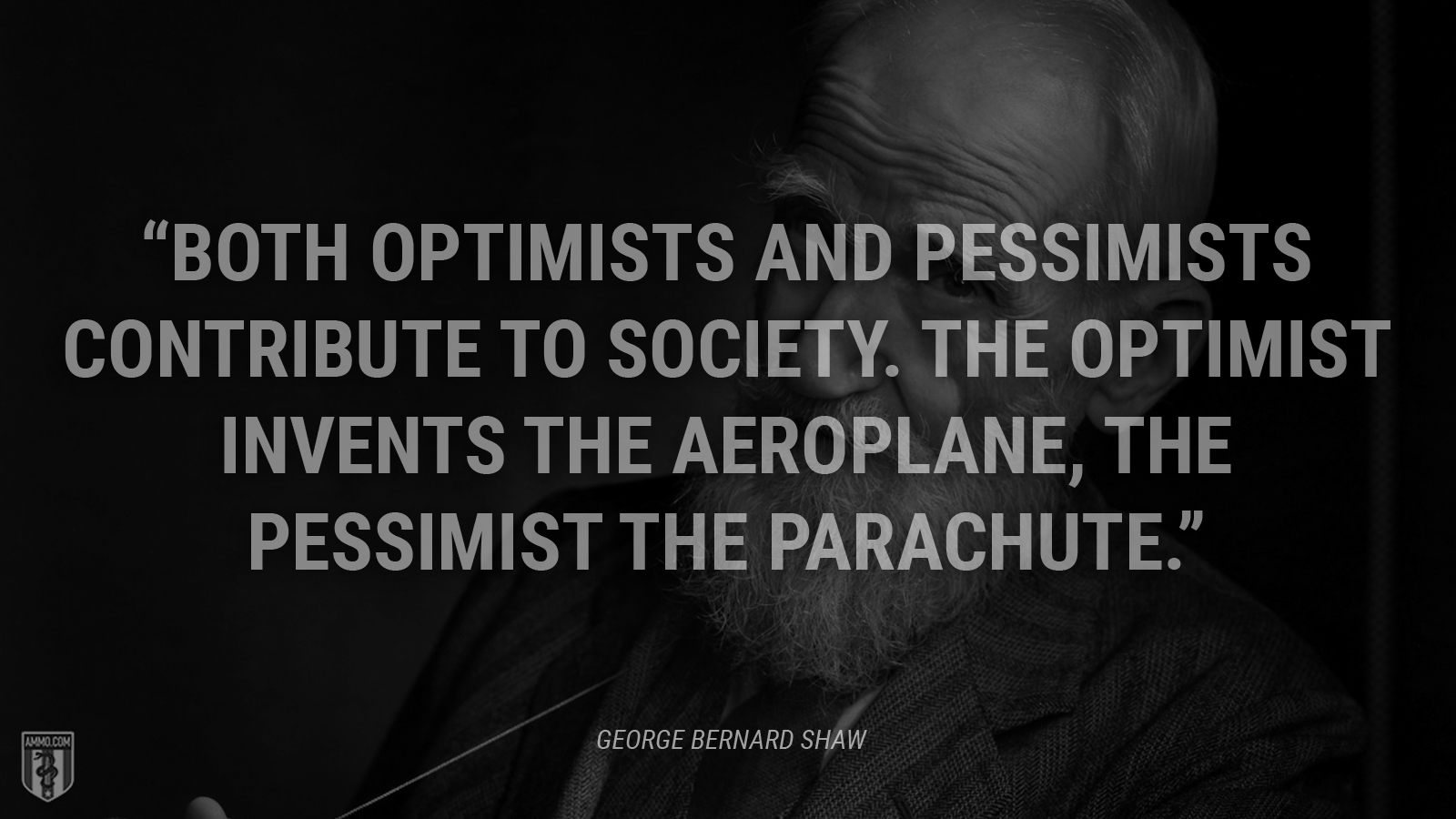 “Both optimists and pessimists contribute to society. The optimist invents the aeroplane, the pessimist the parachute.”

“Optimists study English; pessimists study Chinese; and realists learn to use a Kalashnikov.”

“Debt was ignoble. Courage was a virtue. Mothers were beloved. Marriage was a sacrament. Divorce was disgraceful. . . . All these and ‘God Bless America’ and Christmas or Hanukkah and the certitude that victory in the war would assure their continuance into perpetuity—all this led you into battle, and sustained you as you fought, and comforted you if you fell, and, if it came to that, justified your death to all who loved you as you had loved them.”

“If an injury has to be done to a man it should be so severe that his vengeance need not be feared.” 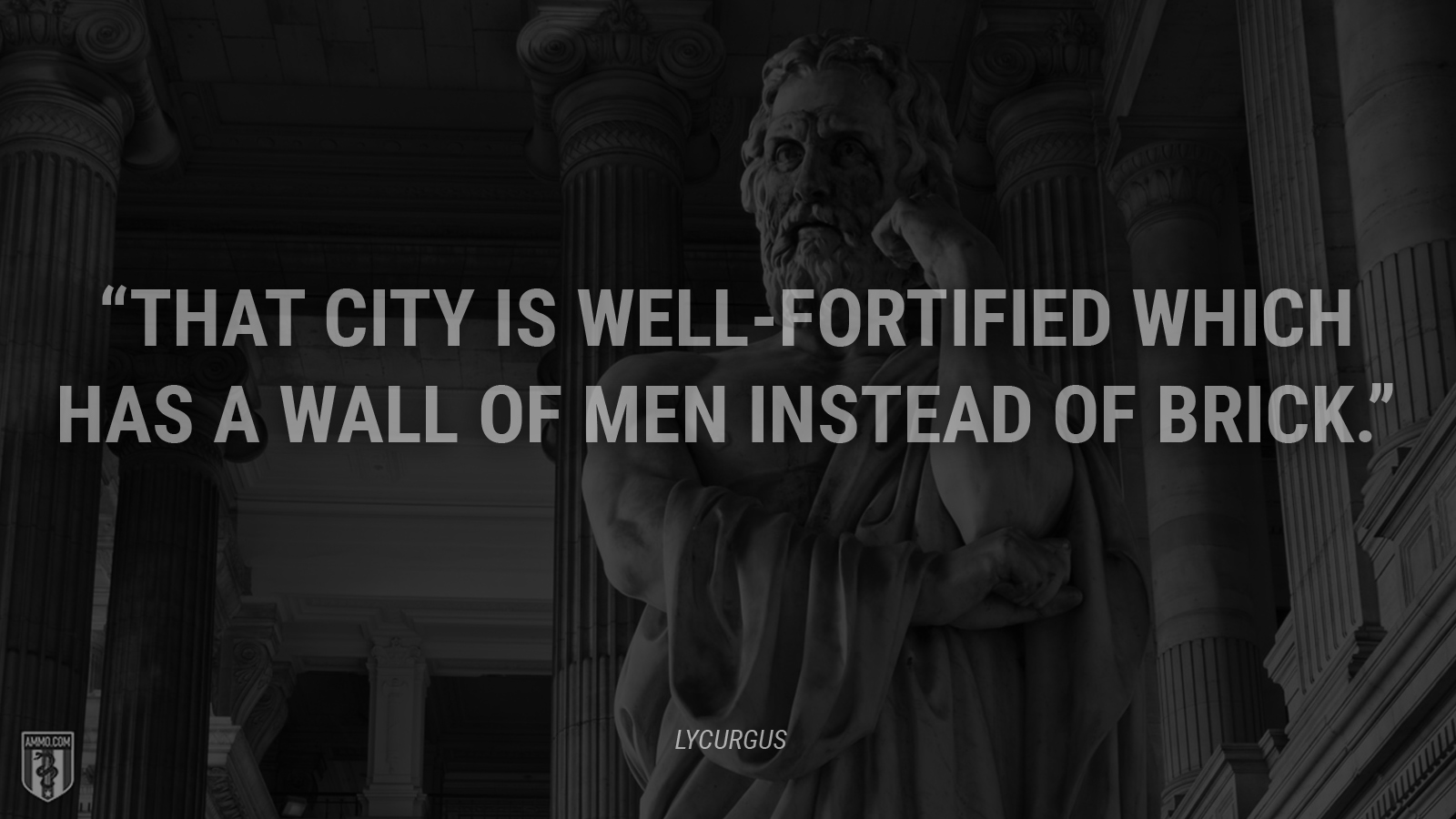 “That city is well-fortified which has a wall of men instead of brick.”

“The power to cause pain is the only power that matters, the power to defend yourself and your loved ones, because if you cannot inflict pain on others then you are always subject to those who can, and nothing and no one will ever truly protect you.”

“Battles really are the wildfires of history, out of which the survivors float like embers and then land to burn far beyond the original conflagration. To teach us those important lessons we must go back through the past to see precisely how such calamities affected now lost worlds—and yet still influence us today.”

“In my opinion, the M1 rifle is the greatest battle implement ever devised.”

On the Benefits of Subterfuge 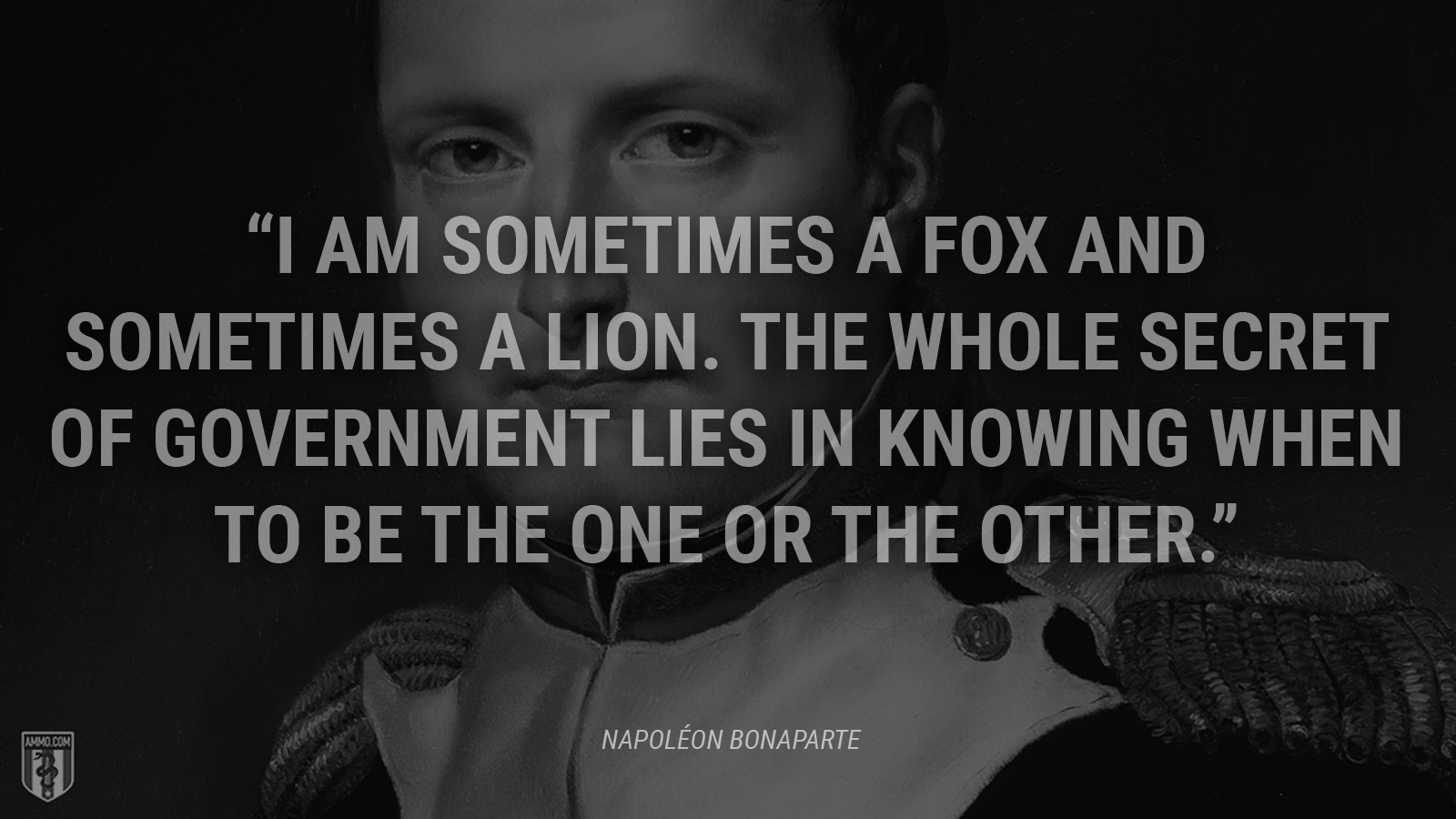 “I am sometimes a fox and sometimes a lion. The whole secret of government lies in knowing when to be the one or the other.”

“No proceeding is better than that which you have concealed from the enemy until the time you have executed it. To know how to recognize an opportunity in war, and take it, benefits you more than anything else. Nature creates few men brave, industry and training makes many. Discipline in war counts more than fury.”

“Whoever said the pen is mightier than the sword, obviously never encountered automatic weapons.” 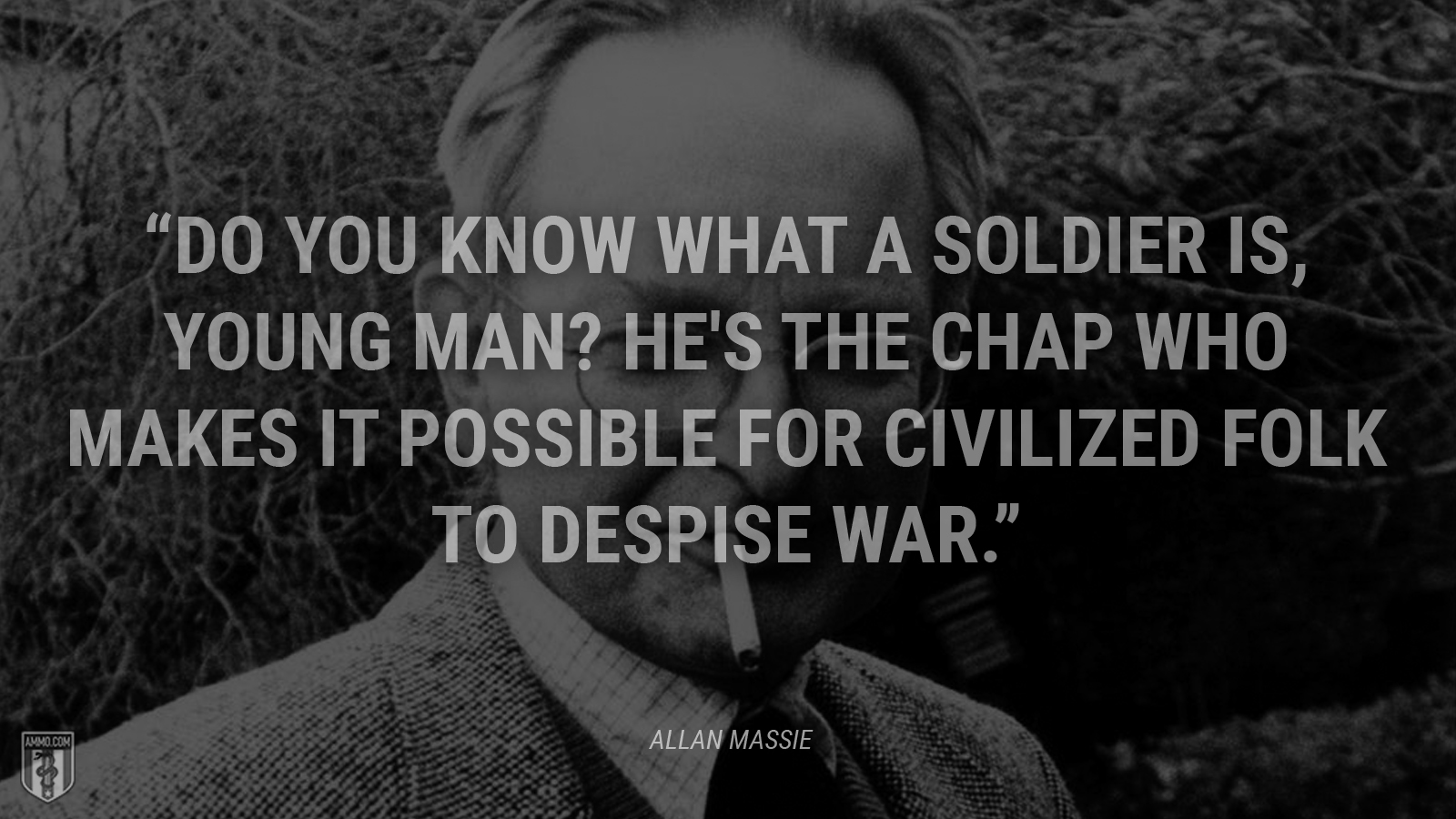 “Do you know what a soldier is, young man? He's the chap who makes it possible for civilized folk to despise war.”

“If you see a bomb technician running, try to keep up with him.”

“When you’re short of everything but the enemy, you are in combat.” 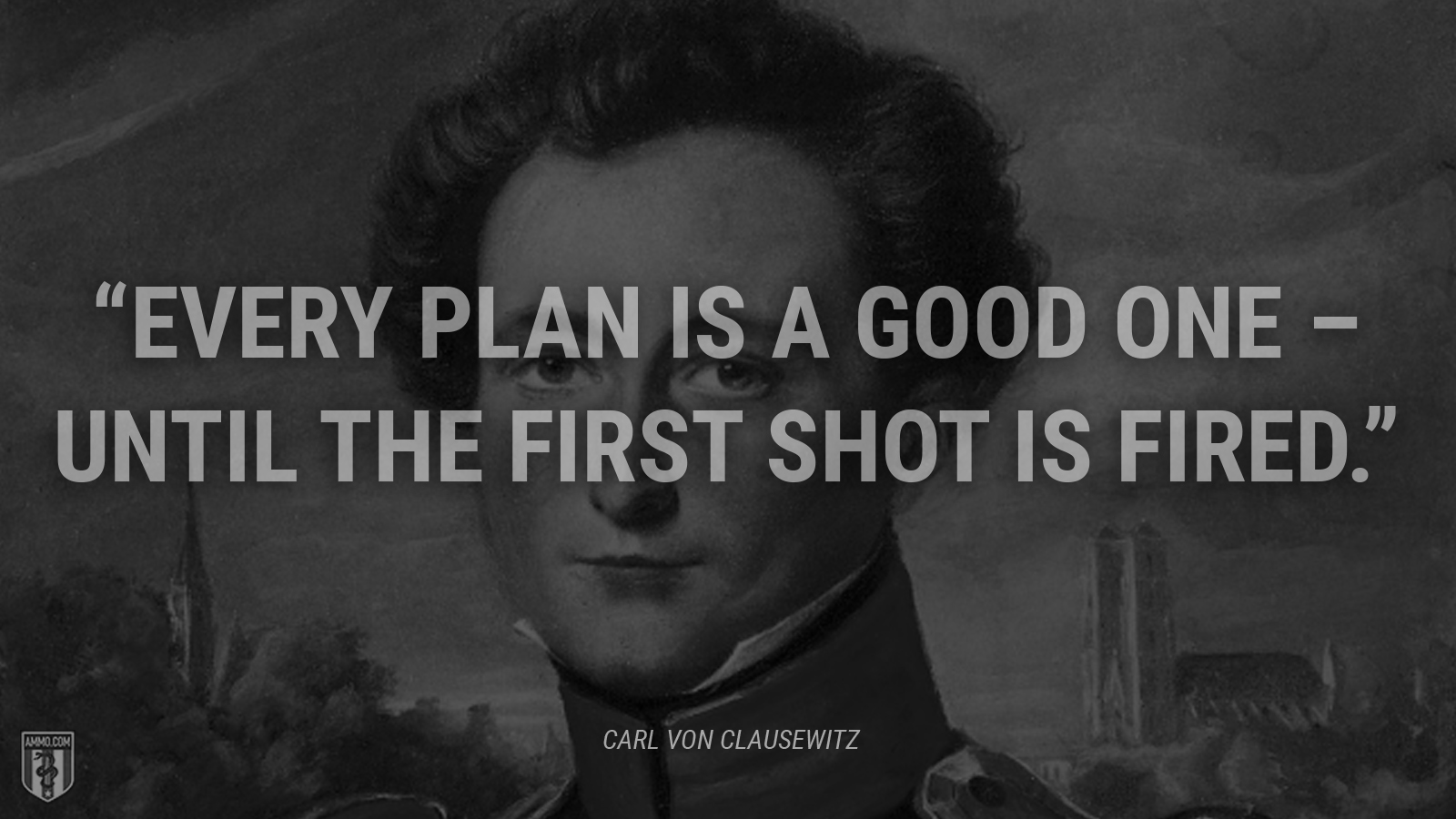 “Every plan is a good one - until the first shot is fired.”

“Sniper: If you run, you’ll only die tired.”