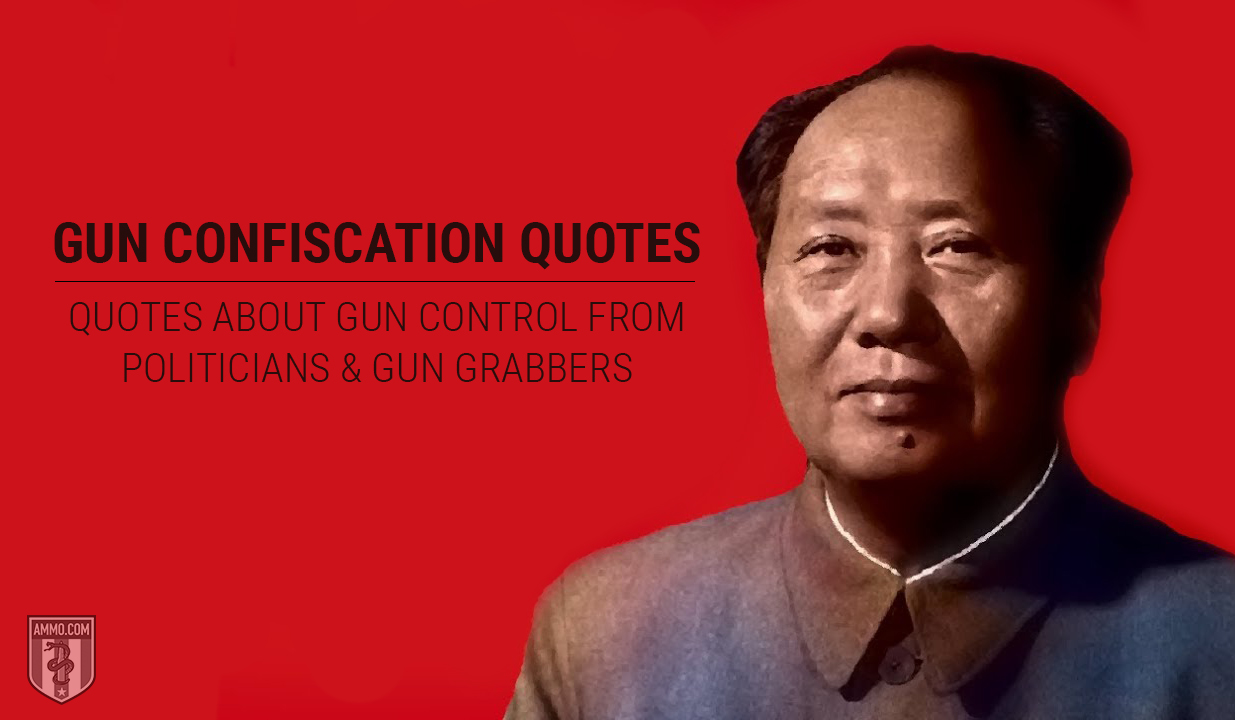 Gun control is not unique to the 21st Century. The confiscation of firearms has been a government practice for years, throughout societies across the globe – many of which have led to democide. Here are quotes from some of the most infamous gun confiscators in history: 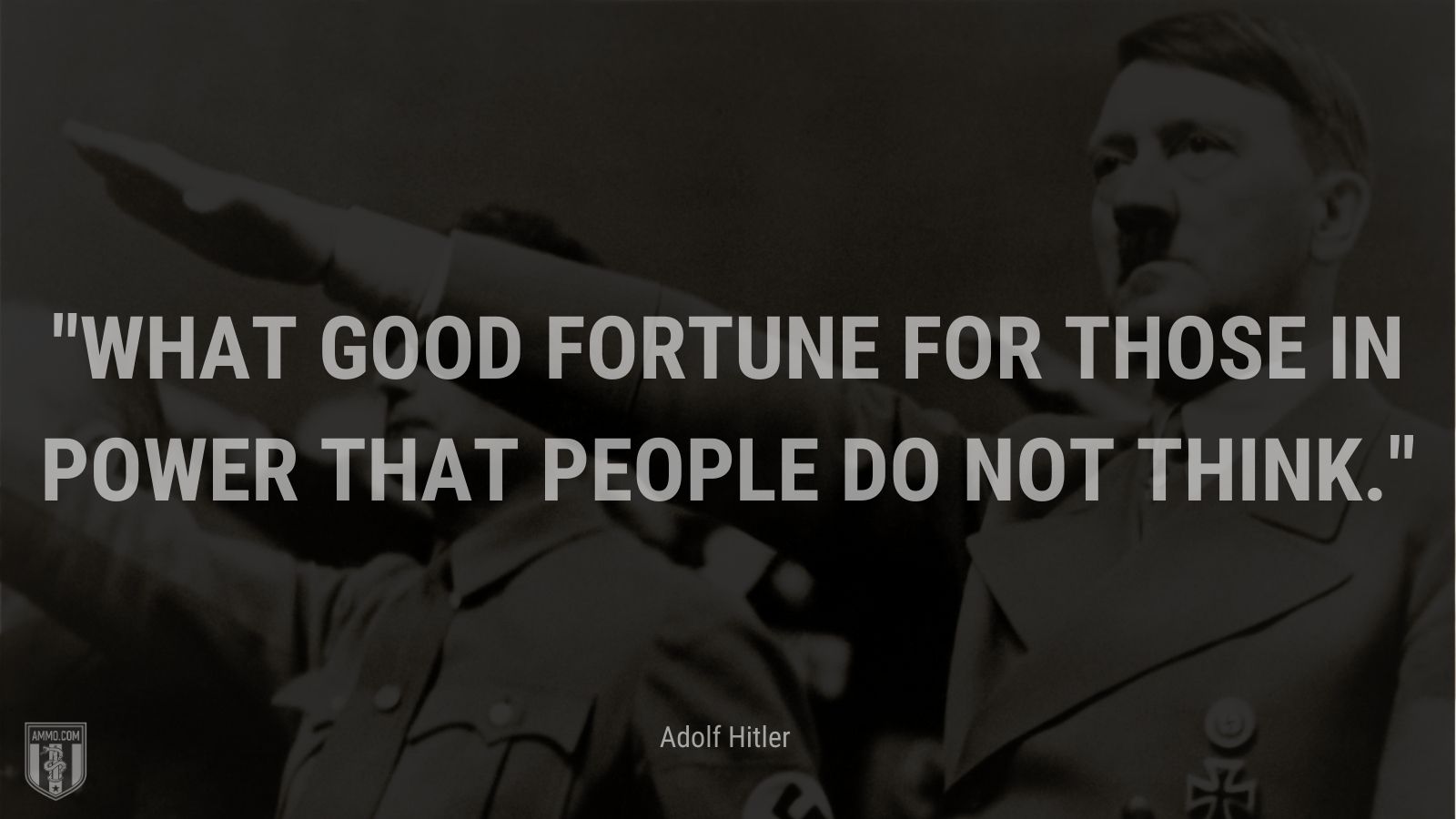 “What good fortune for those in power that people do not think.” 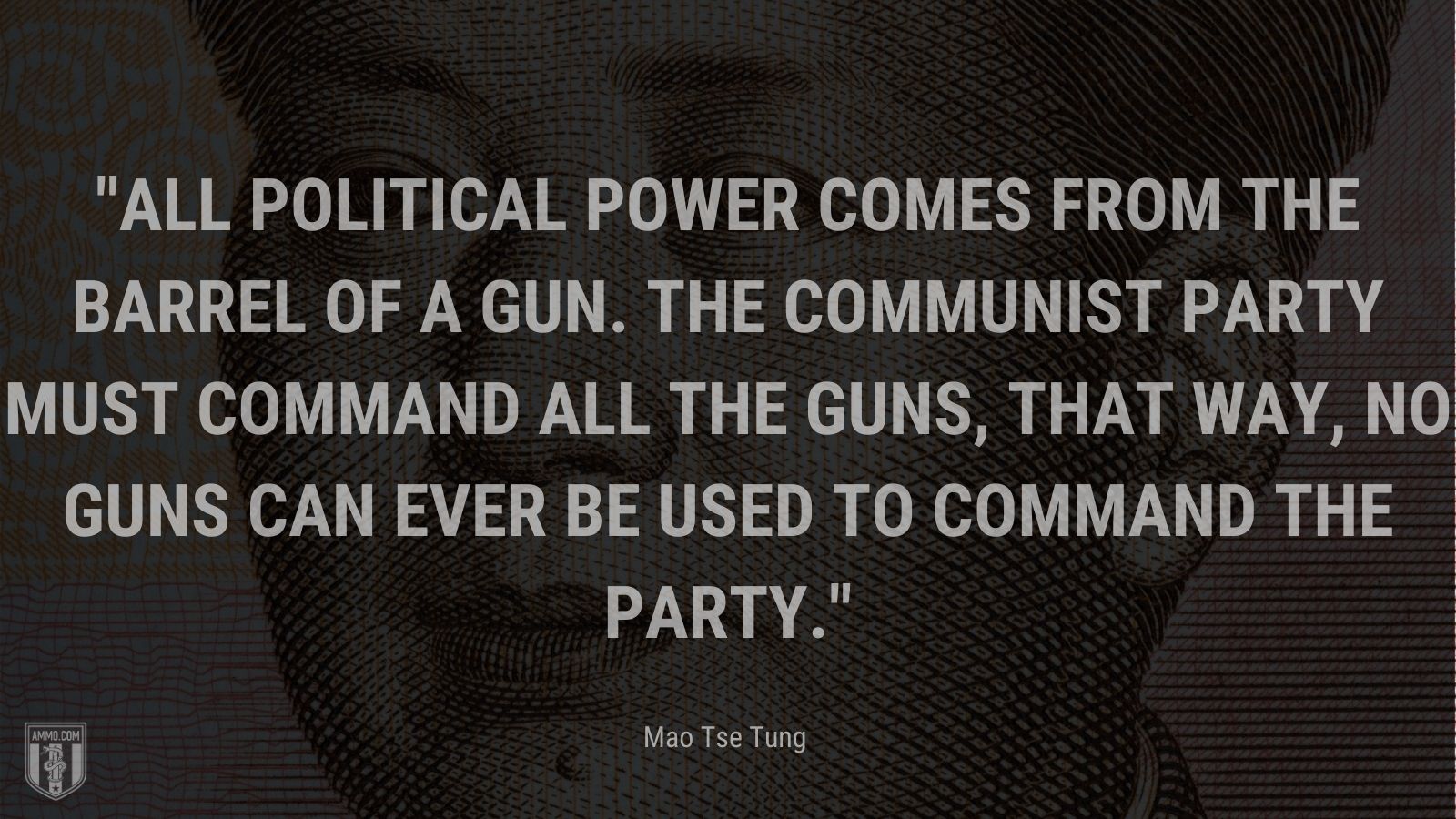 “All political power comes from the barrel of a gun. The communist party must command all the guns, that way, no guns can ever be used to command the party.” 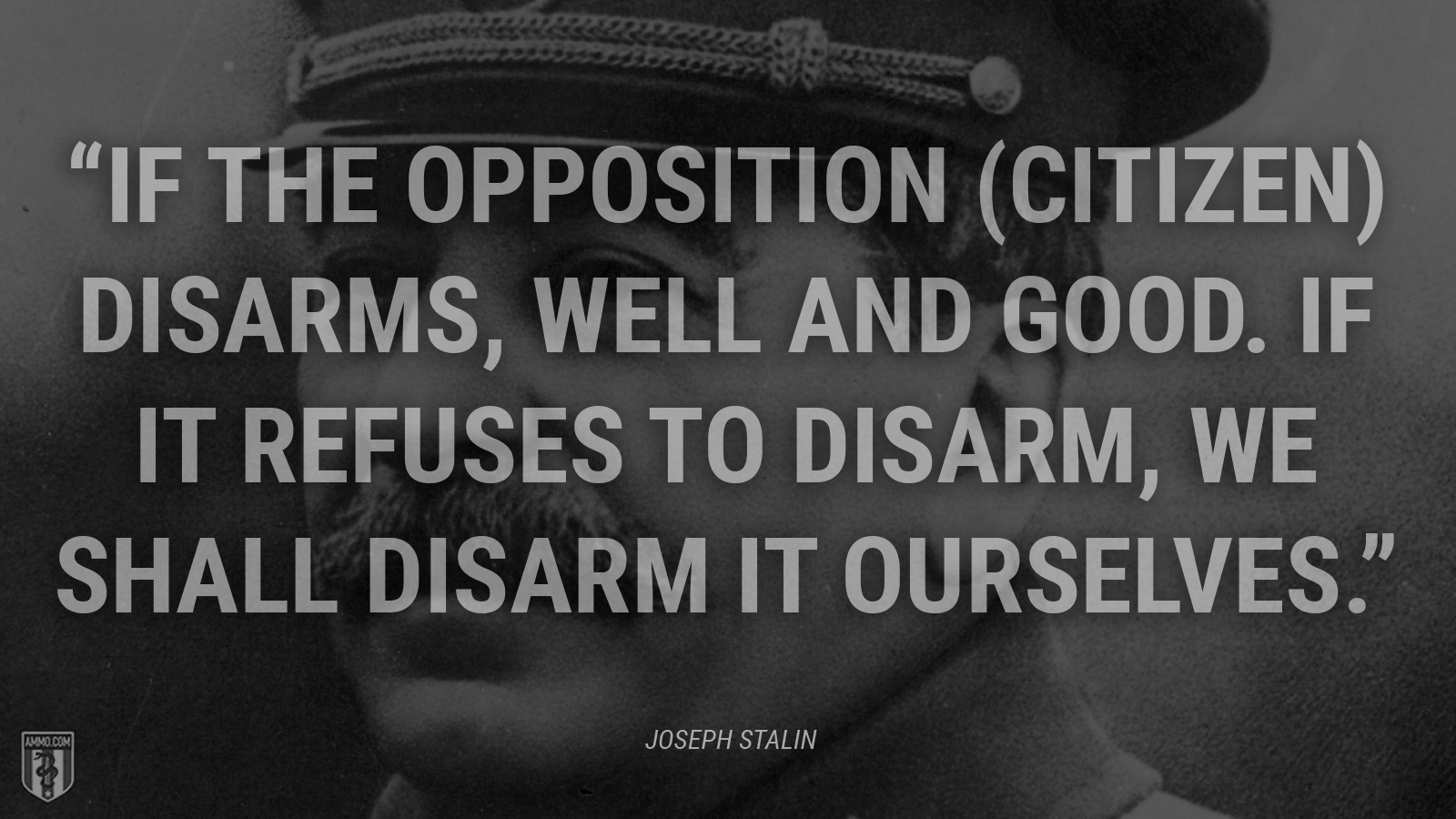 “If the opposition (citizen) disarms, well and good. If it refuses to disarm, we shall disarm it ourselves.” 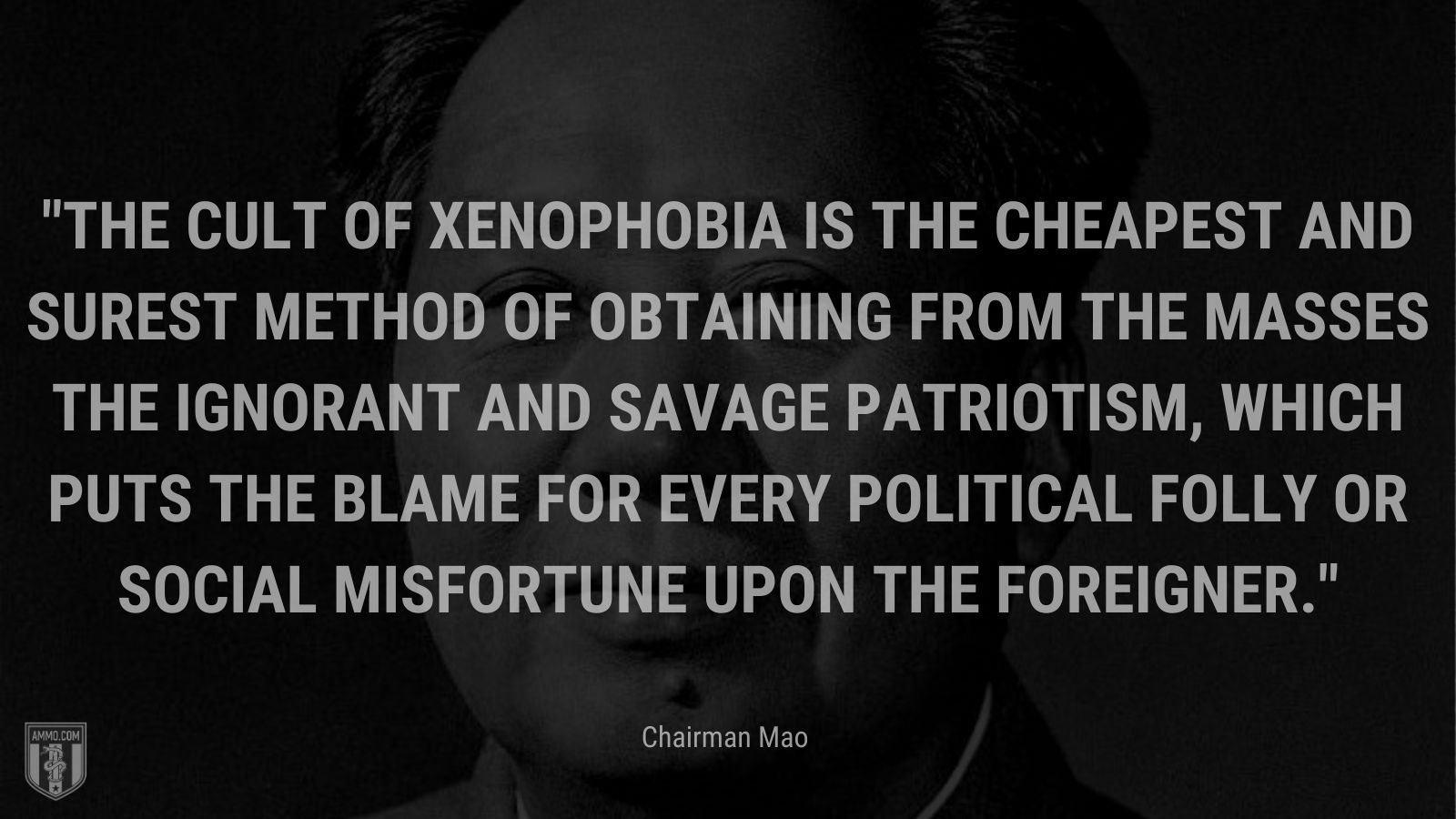 “The cult of xenophobia is the cheapest and surest method of obtaining from the masses the ignorant and savage patriotism, which puts the blame for every political folly or social misfortune upon the foreigner.” 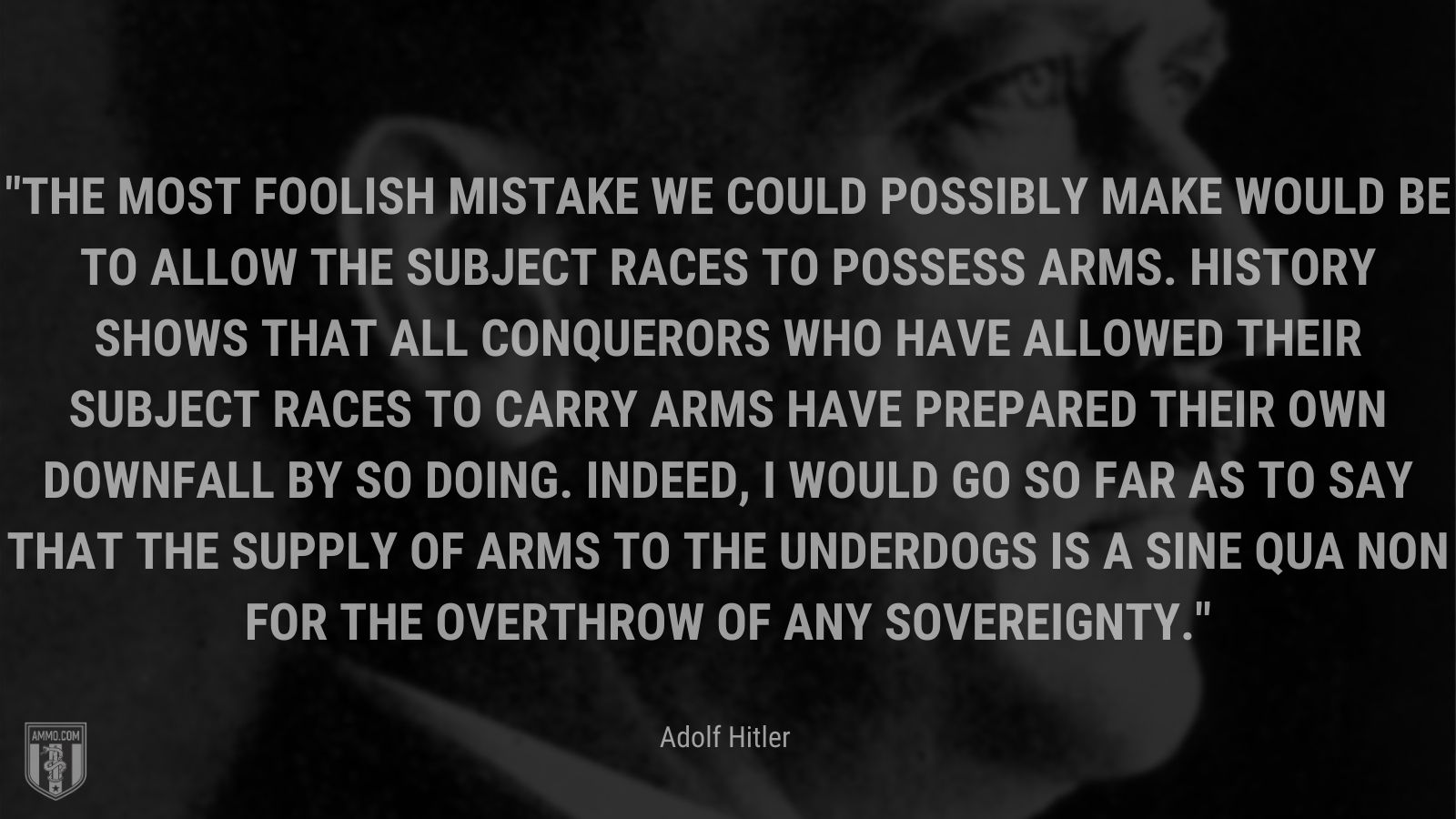 “The most foolish mistake we could possibly make would be to allow the subject races to possess arms. History shows that all conquerors who have allowed their subject races to carry arms have prepared their own downfall by so doing. Indeed, I would go so far as to say that the supply of arms to the underdogs is a sine qua non for the overthrow of any sovereignty.” 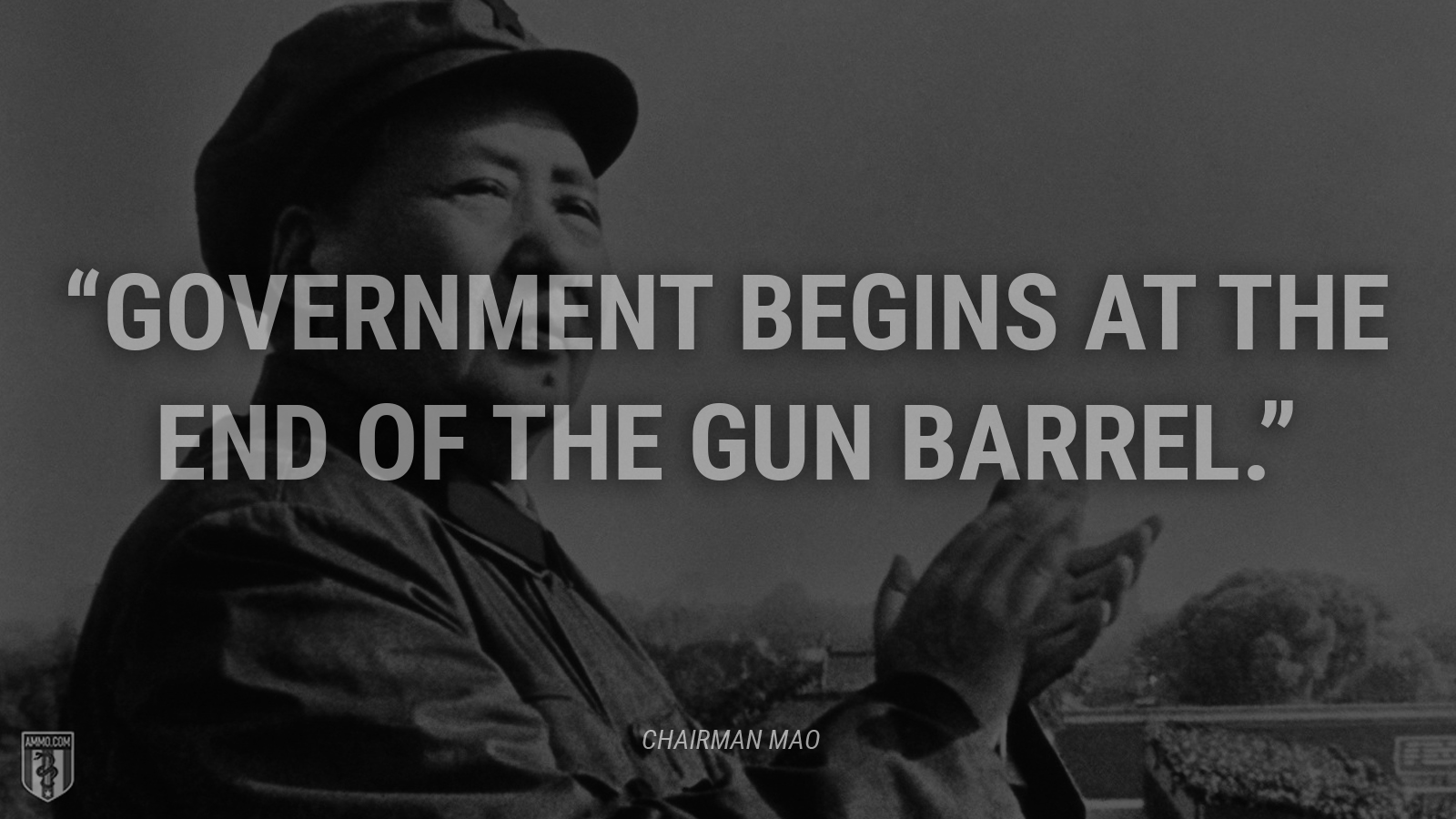 “Government begins at the end of the gun barrel.” 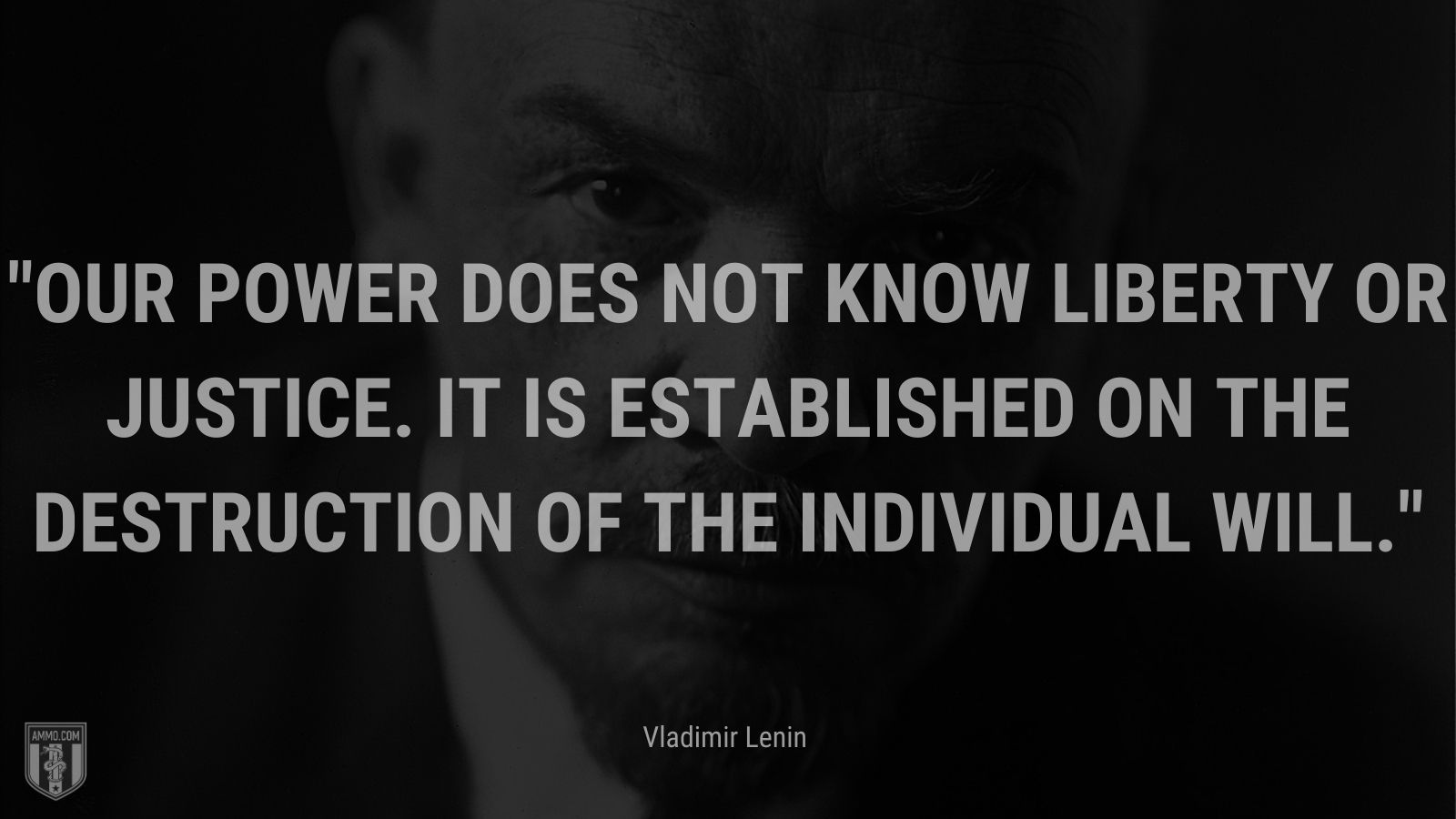 “Our power does not know liberty or justice. It is established on the destruction of the individual will.” 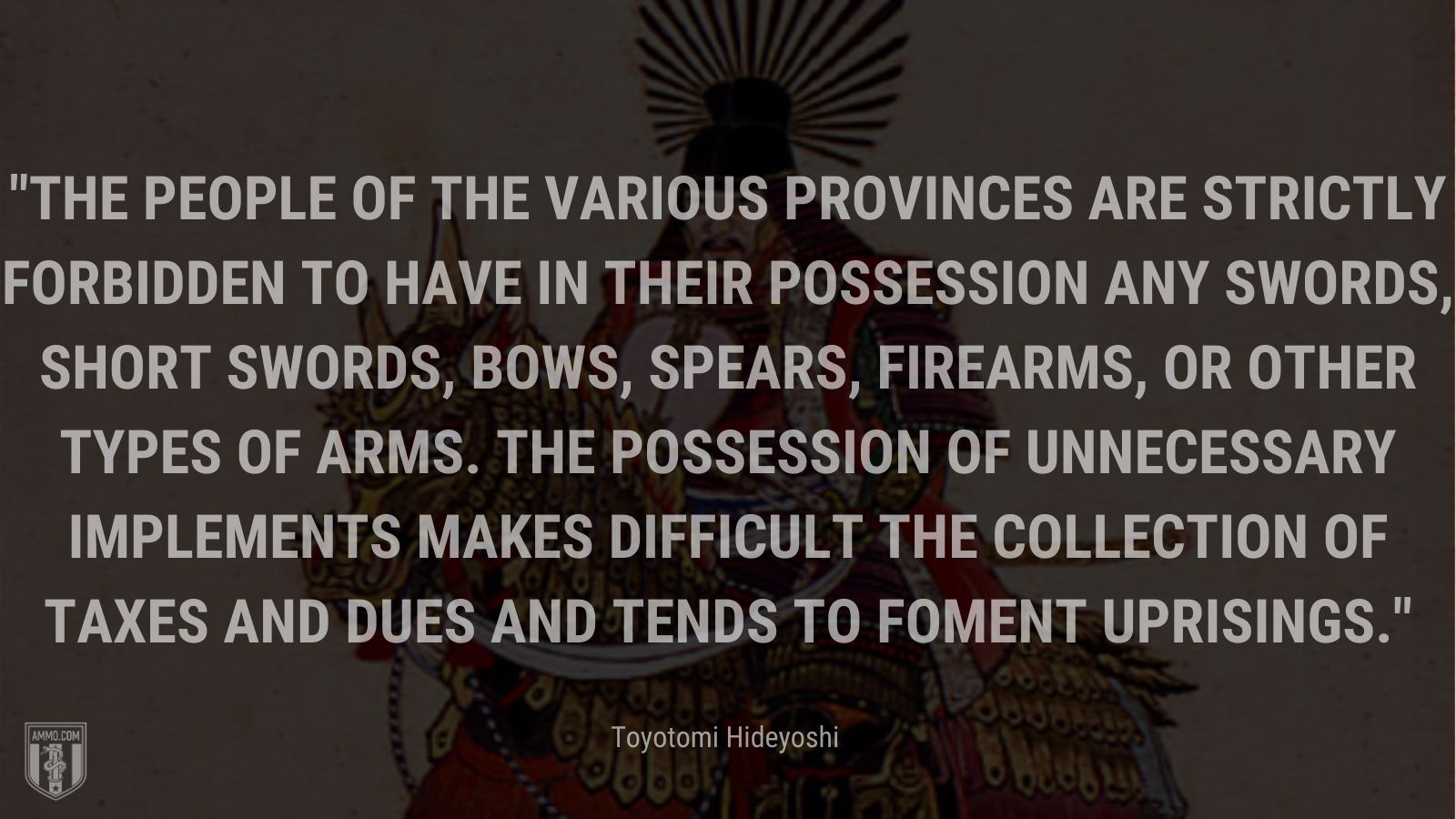 “The people of the various provinces are strictly forbidden to have in their possession any swords, short swords, bows, spears, firearms, or other types of arms. The possession of unnecessary implements makes difficult the collection of taxes and dues and tends to foment uprisings.” 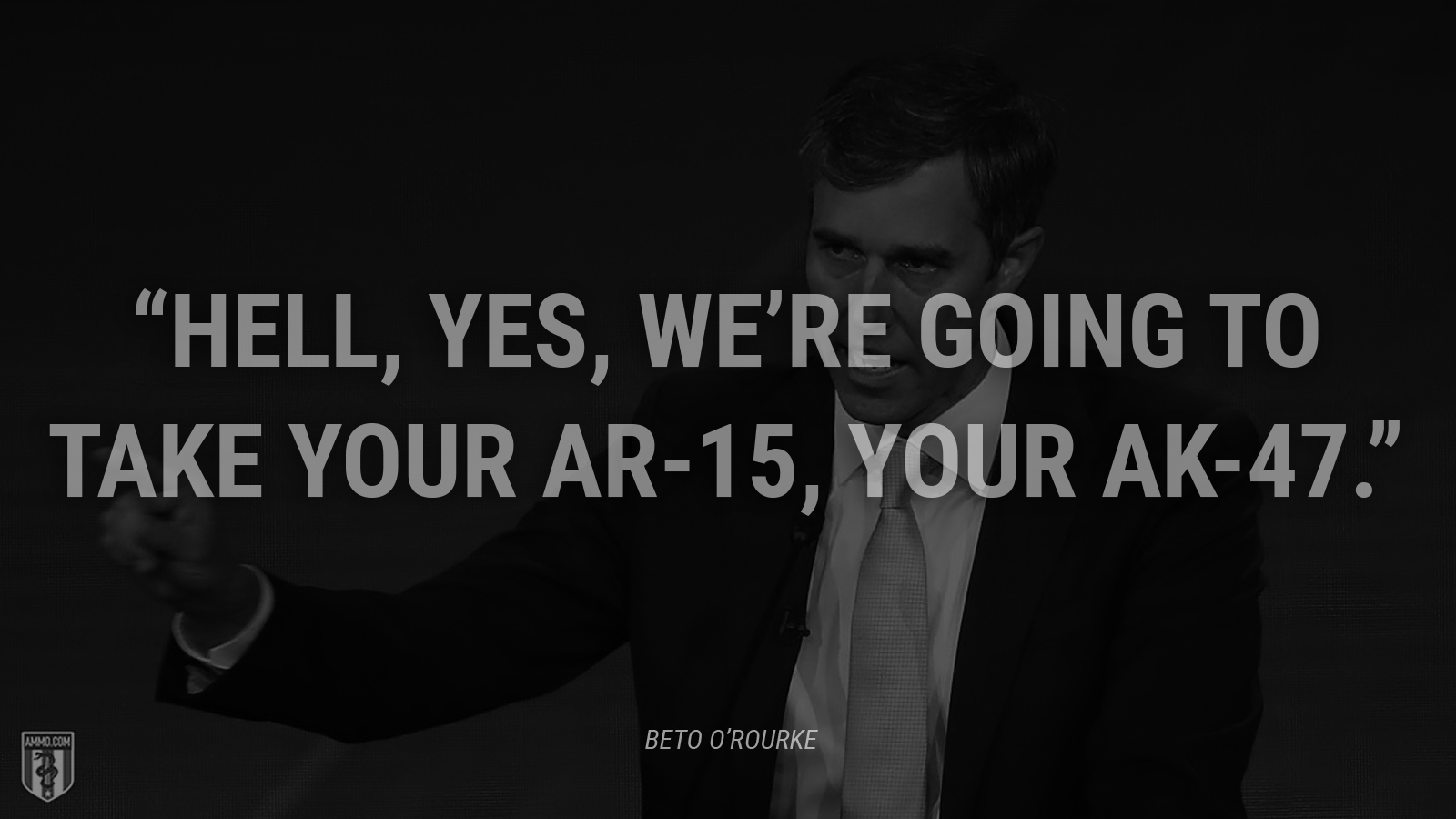 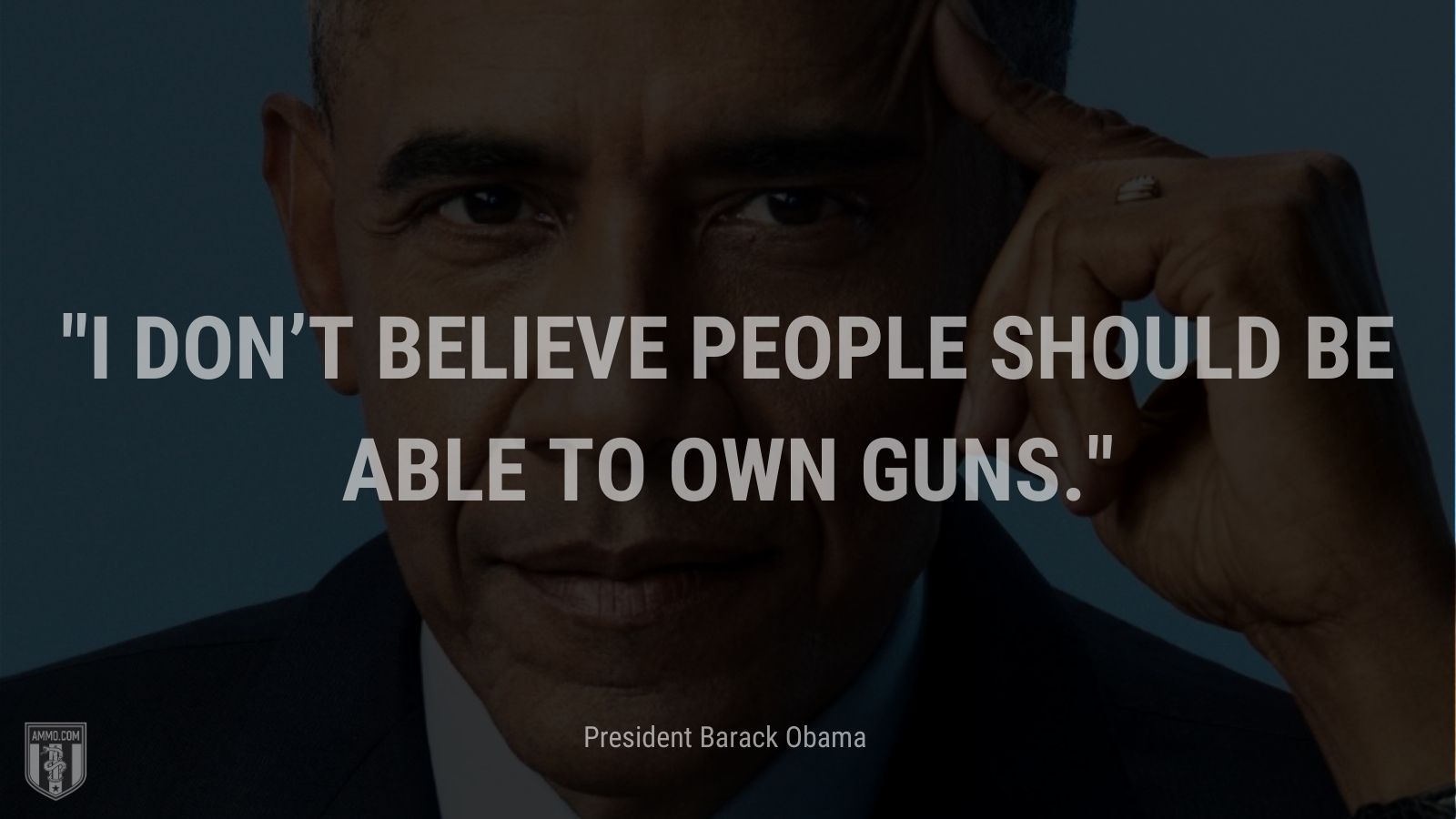 “I don’t believe people should be able to own guns.” 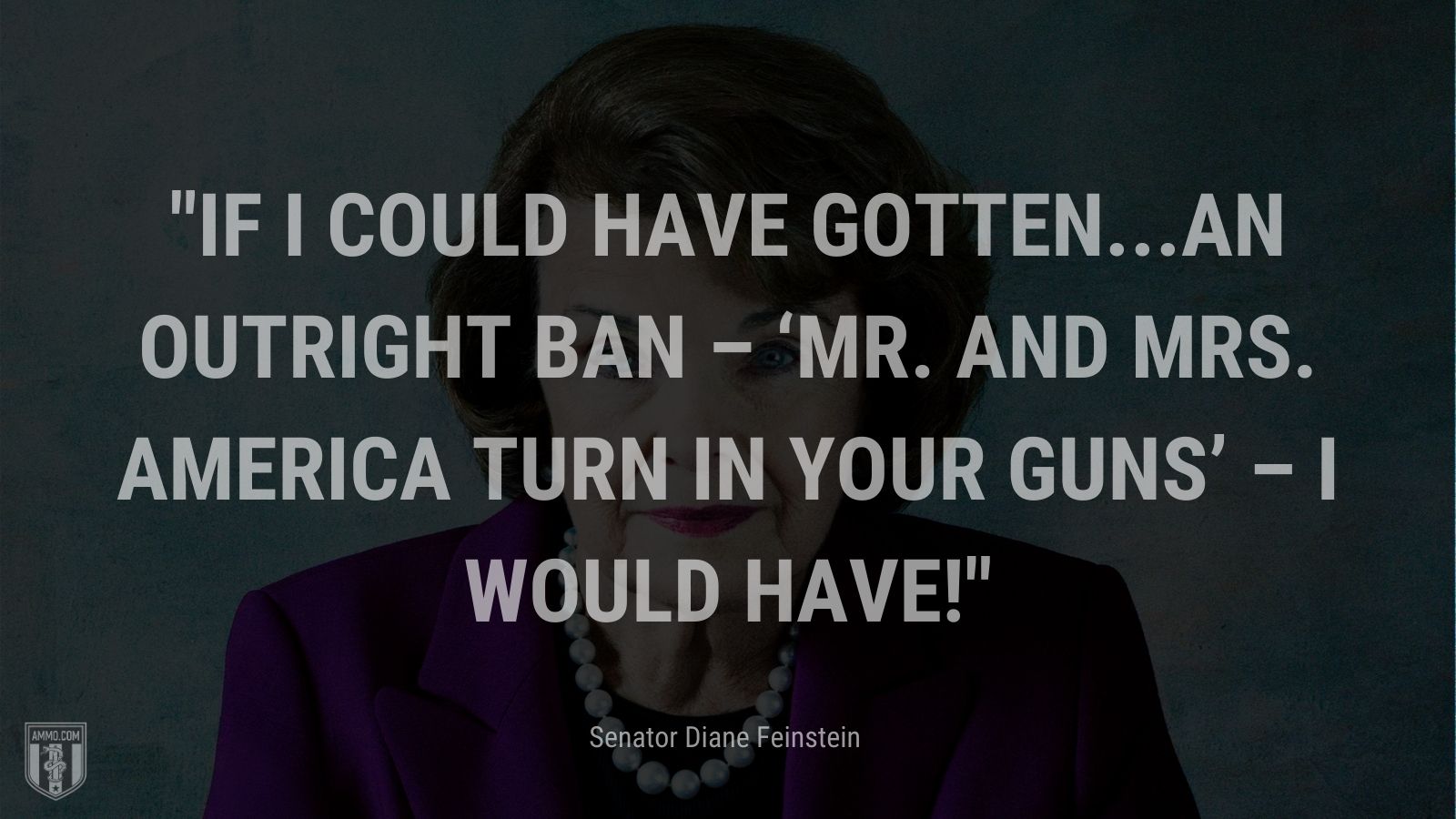 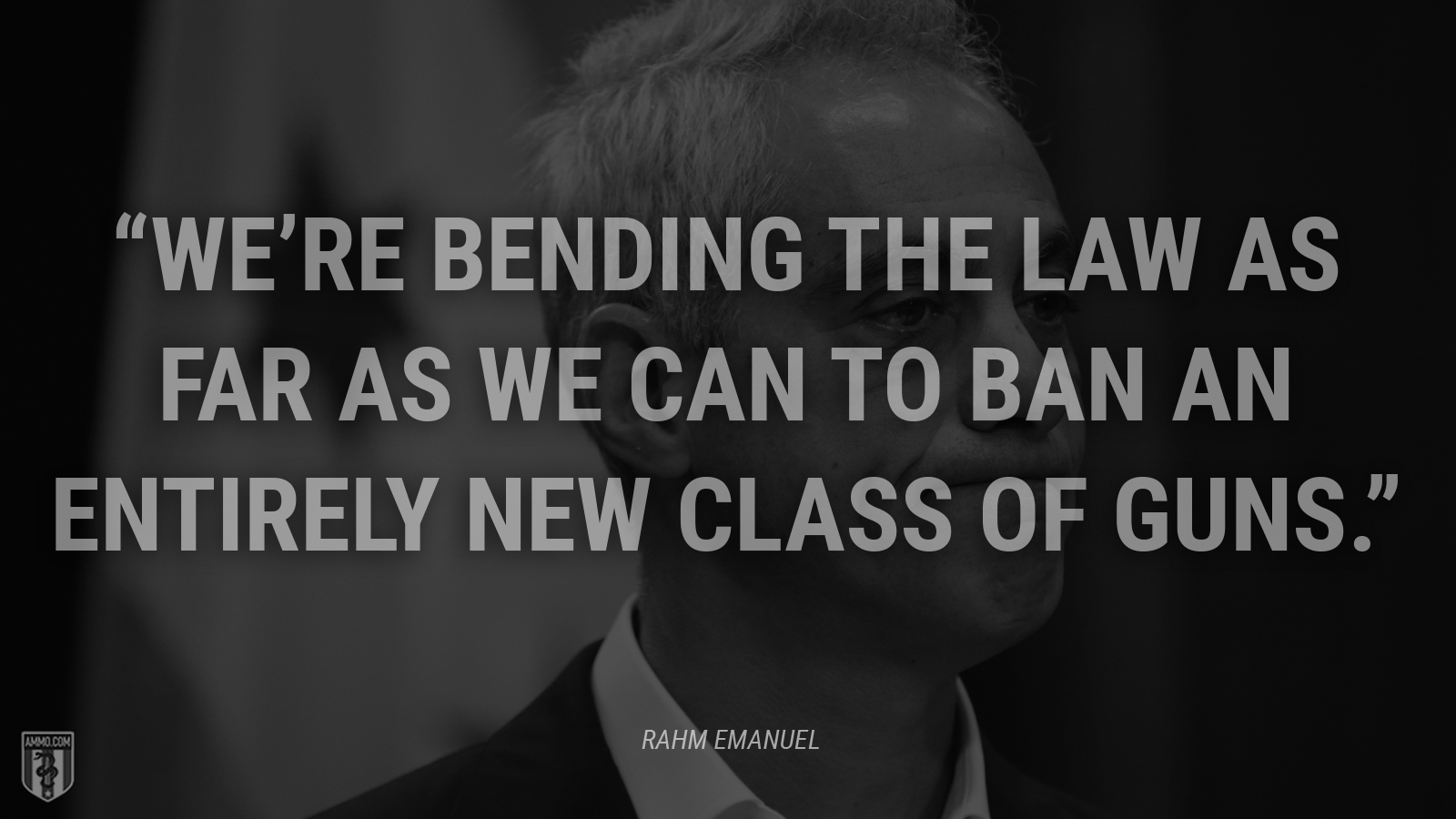 “We’re bending the law as far as we can to ban an entirely new class of guns.” 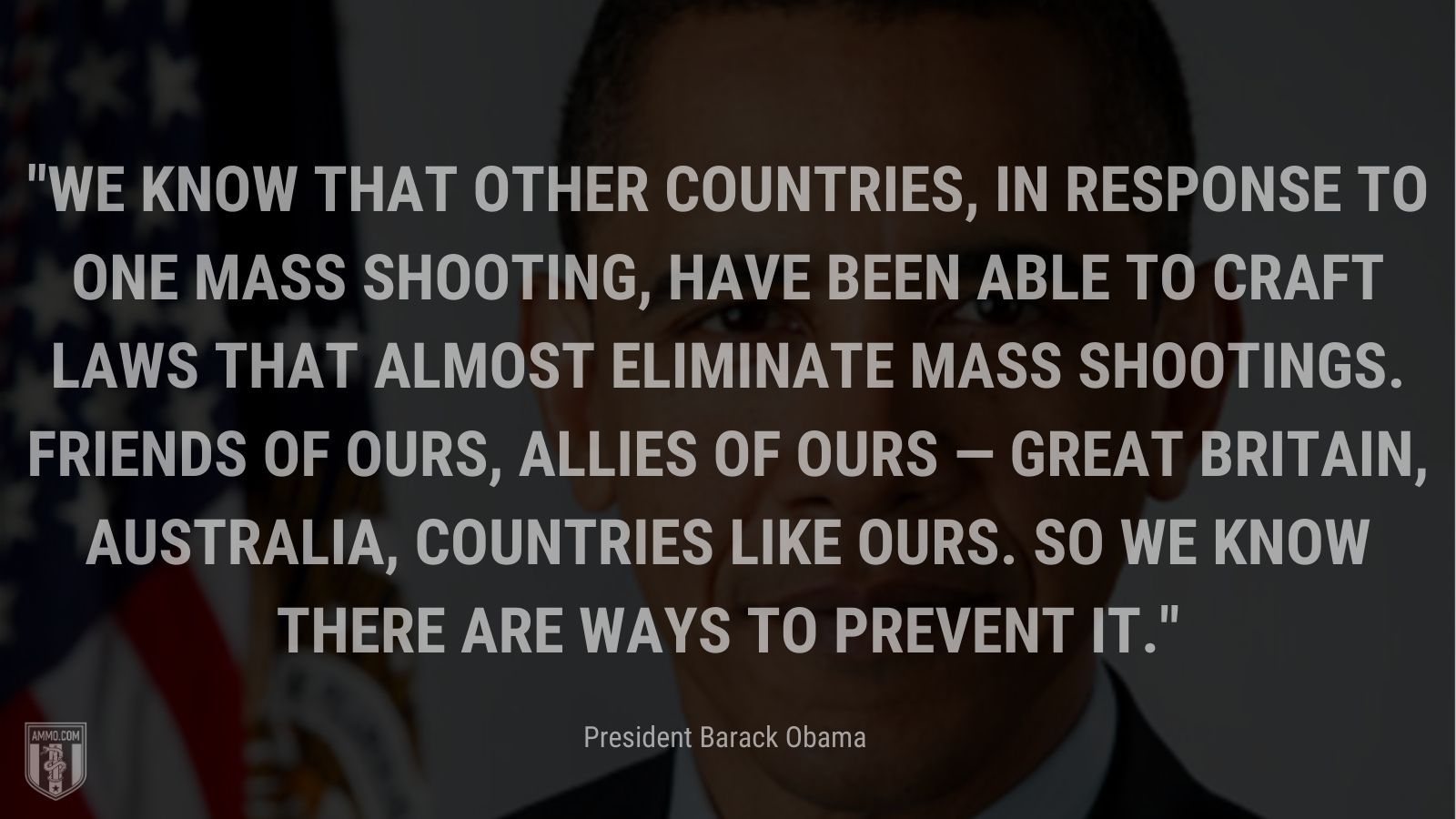 “We know that other countries, in response to one mass shooting, have been able to craft laws that almost eliminate mass shootings. Friends of ours, allies of ours — Great Britain, Australia, countries like ours. So we know there are ways to prevent it.” 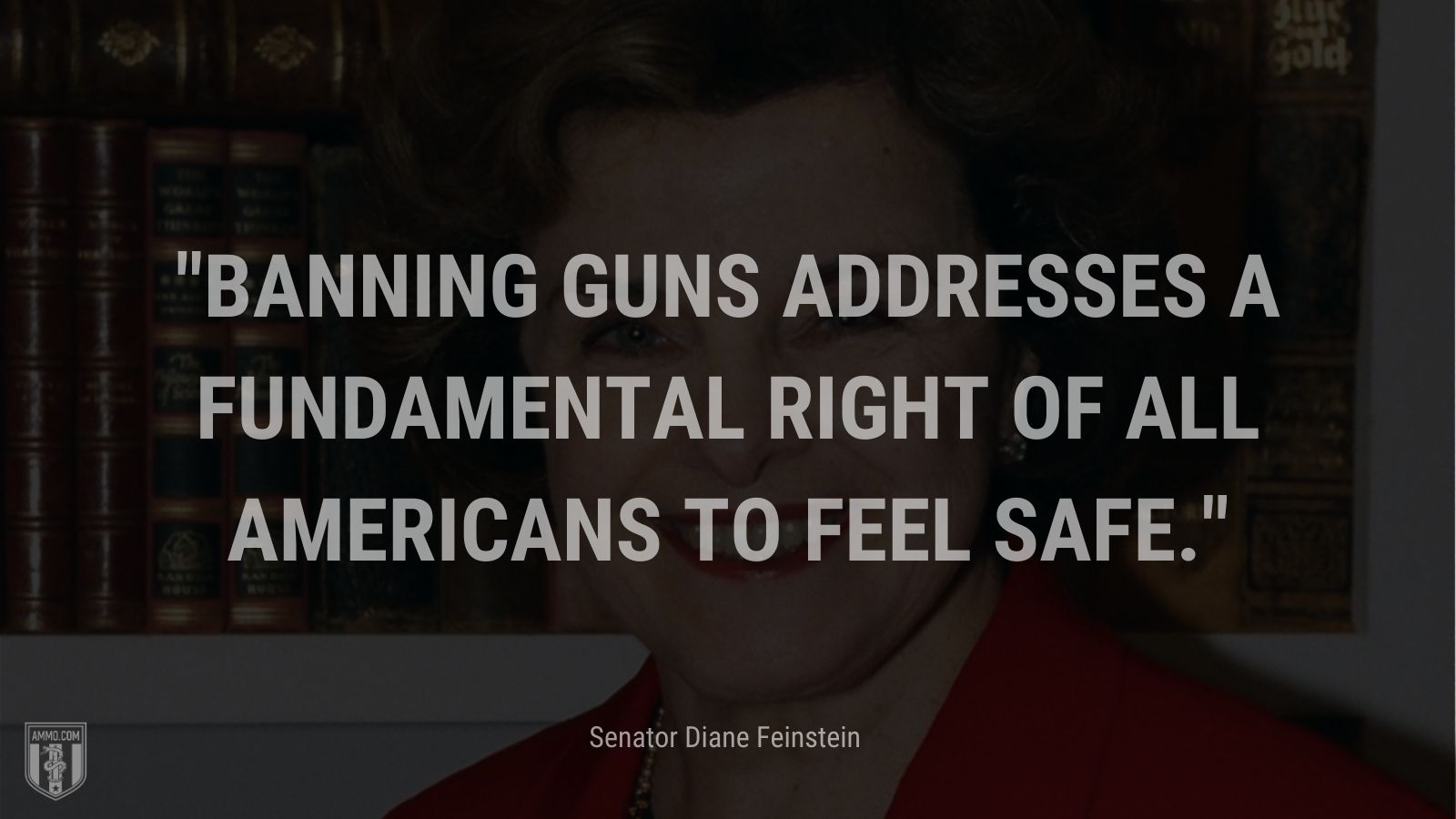 “Banning guns addresses a fundamental right of all Americans to feel safe.” 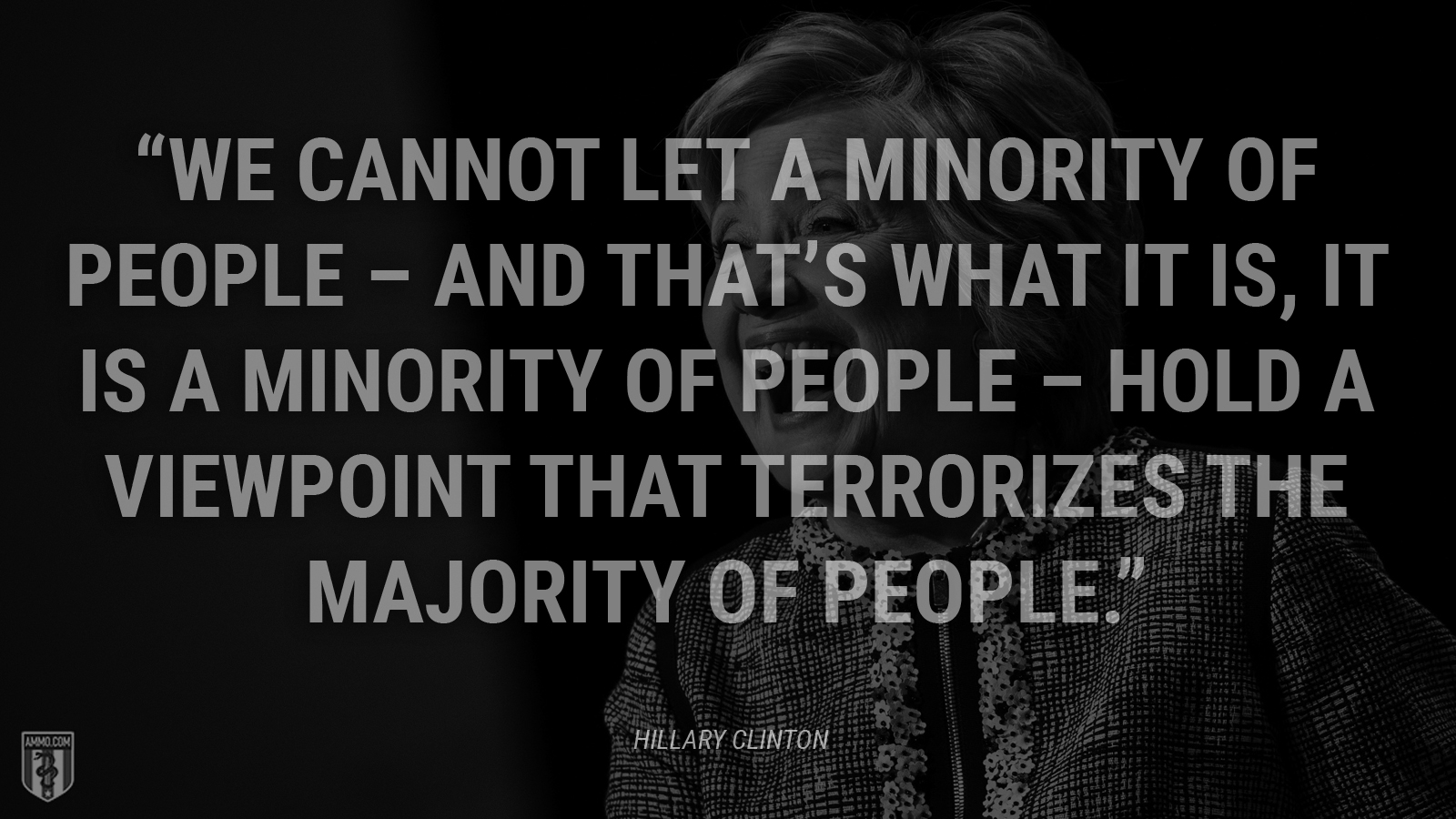 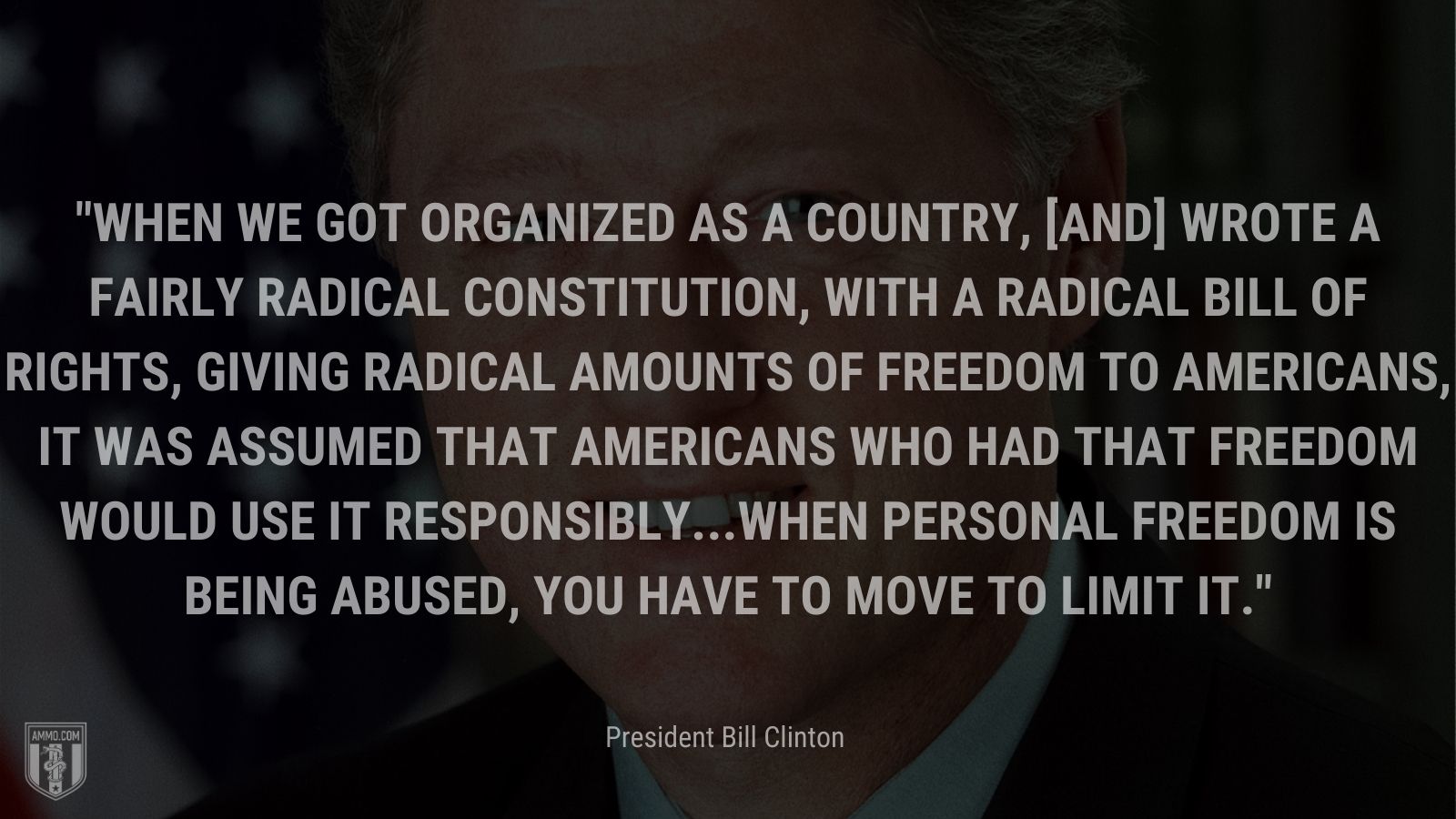 “When we got organized as a country, [and] wrote a fairly radical Constitution, with a radical Bill of Rights, giving radical amounts of freedom to Americans, it was assumed that Americans who had that freedom would use it responsibly...When personal freedom is being abused, you have to move to limit it.” 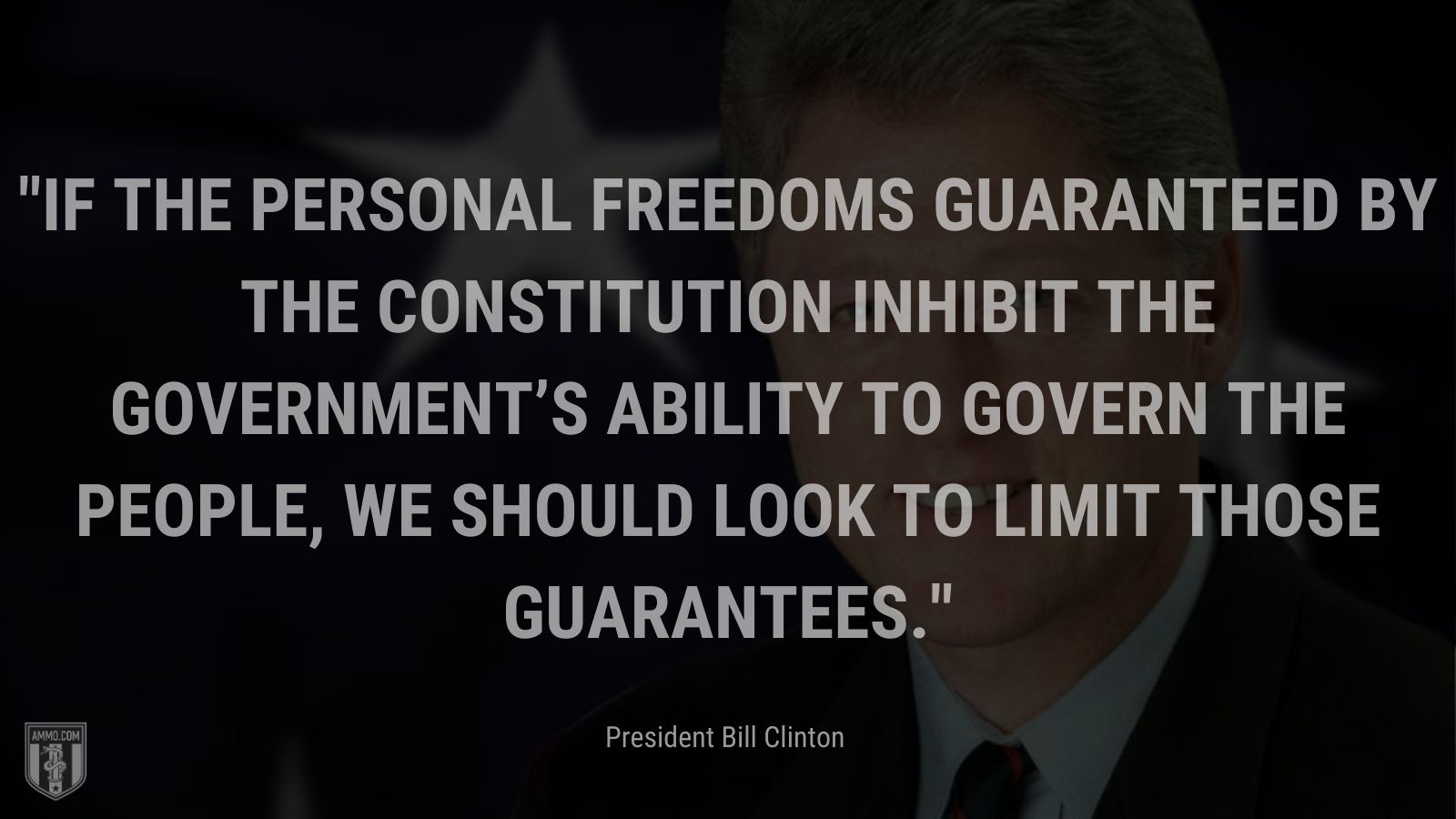 “If the personal freedoms guaranteed by the Constitution inhibit the government’s ability to govern the people, we should look to limit those guarantees.”