Critical Thinking Quotes: Quotes on the Importance of Developing the Ability to Think Critically 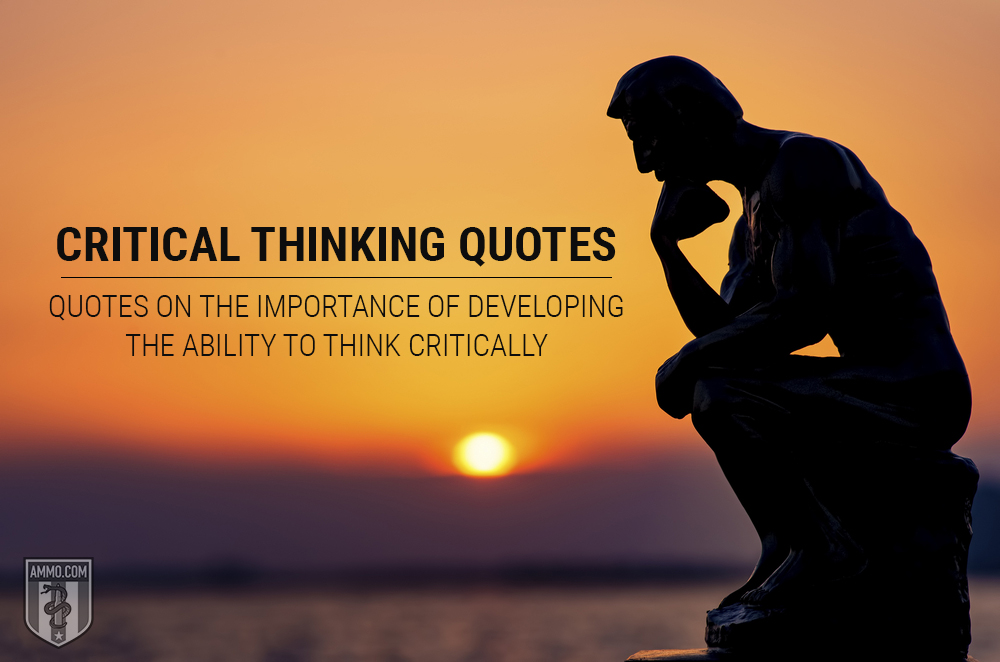 In the era of "fake news" and a seemingly endless number of digital distractions, it's easy to passively accept whatever is viral on social media or blindly trust the information from mainstream media. Doing so is dangerous because when we fail to think for ourselves, those in power can easily step in and claim to be the only moral solution (never let a good crisis go to waste, right?).

The truth is that it's up to each of us to defend our own personal sovereignty. Hence, it's important to learn how to separate fact from fiction – to become knowledgeable, to create our own set of ideologies, and then to know how to persuasively defend them when the time comes (or change them when necessary). This is what critical thinking is all about, and below are some of our favorite quotes on the power it holds. 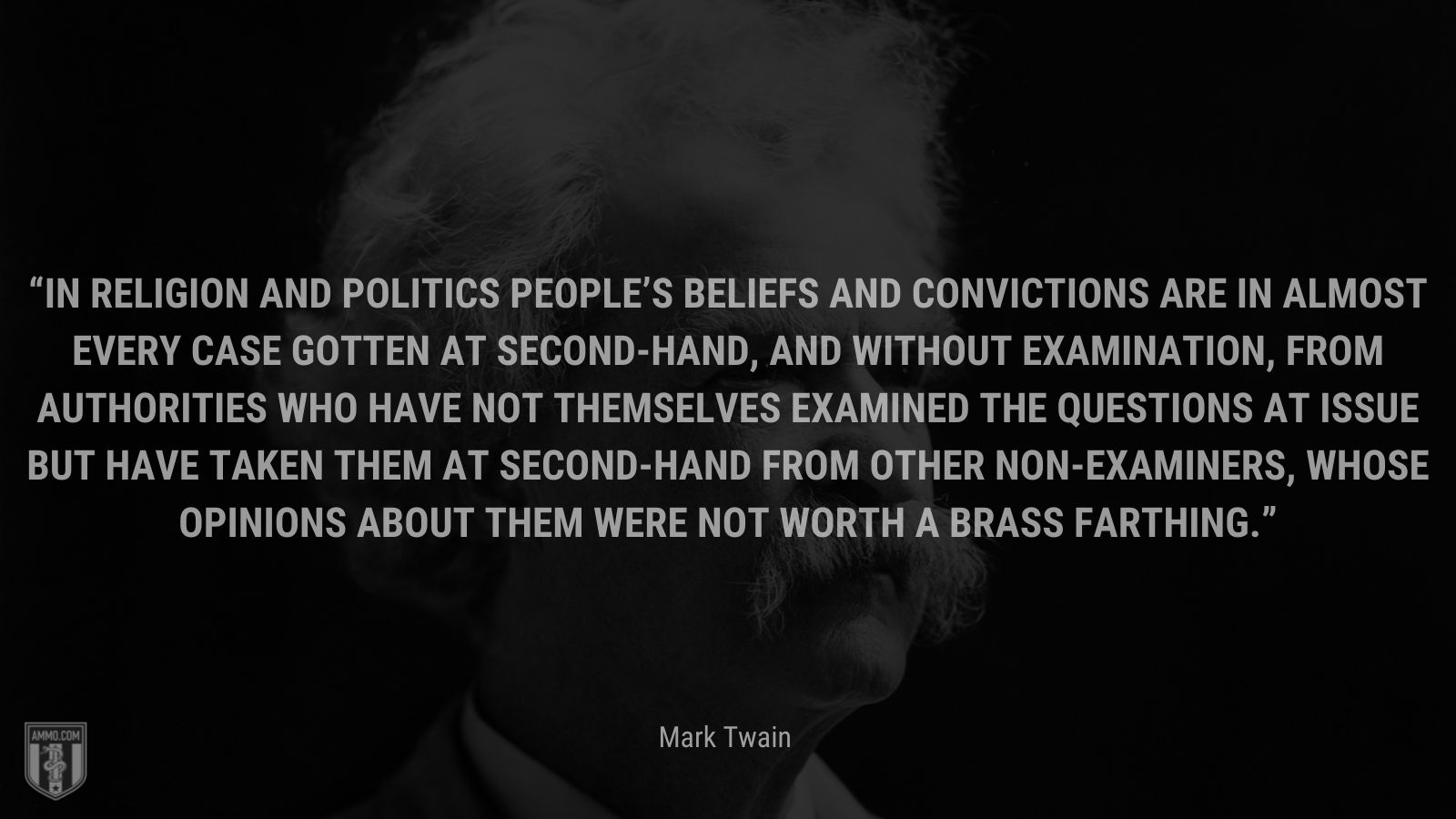 “In religion and politics people’s beliefs and convictions are in almost every case gotten at second-hand, and without examination, from authorities who have not themselves examined the questions at issue but have taken them at second-hand from other non-examiners, whose opinions about them were not worth a brass farthing.” 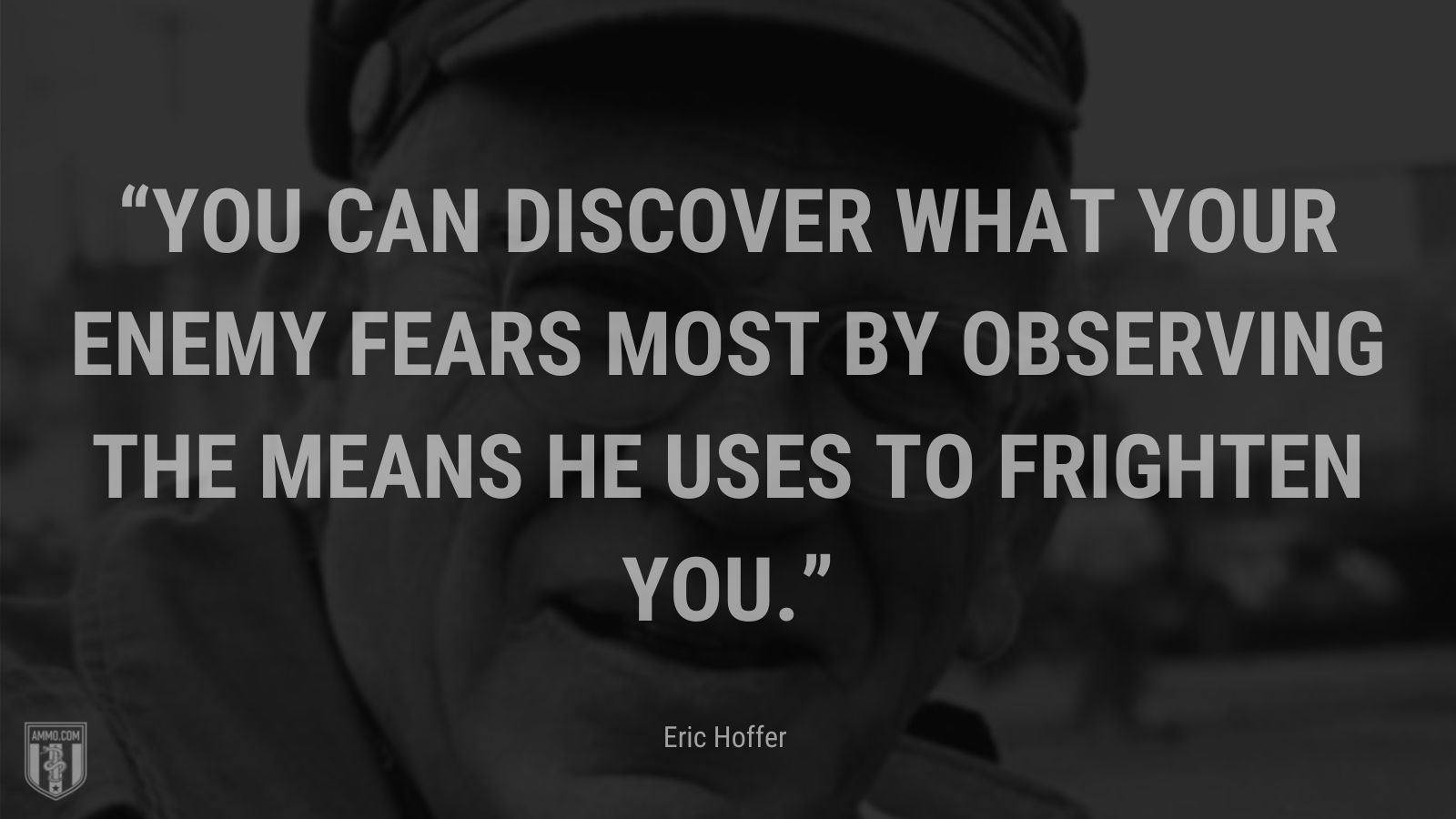 “You can discover what your enemy fears most by observing the means he uses to frighten you.” 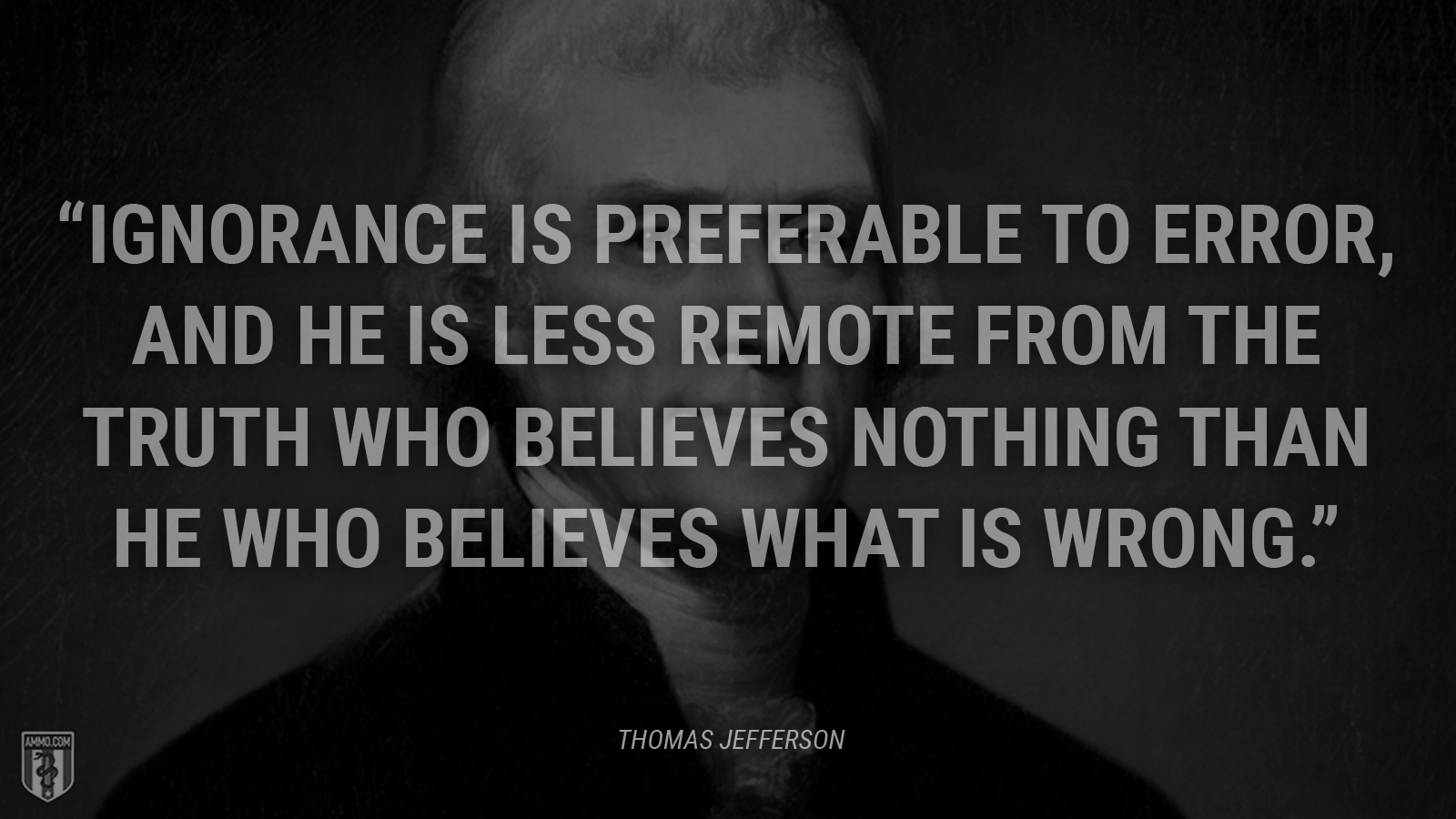 “Ignorance is preferable to error, and he is less remote from the truth who believes nothing than he who believes what is wrong.” 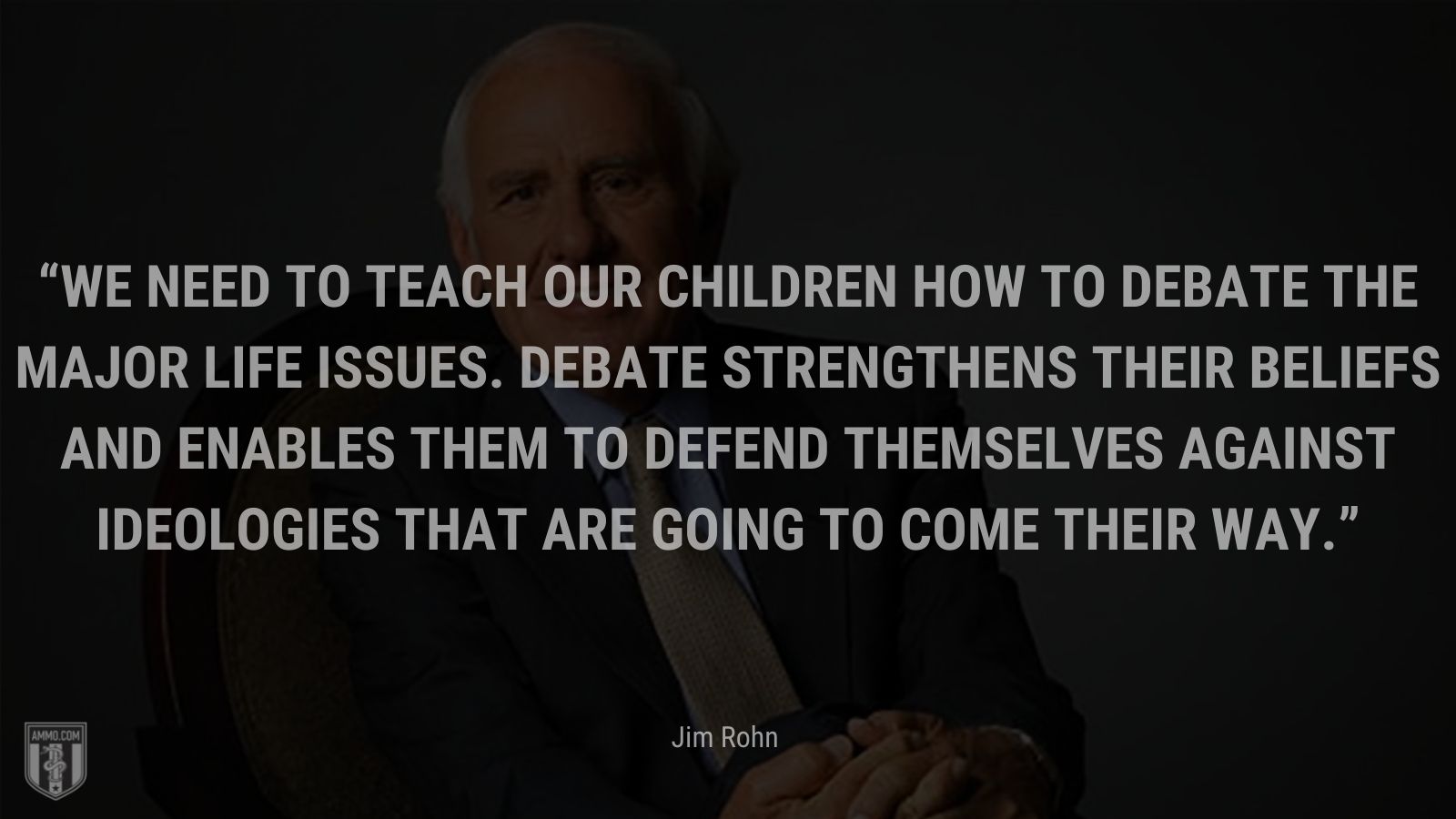 “We need to teach our children how to debate the major life issues. Debate strengthens their beliefs and enables them to defend themselves against ideologies that are going to come their way.” 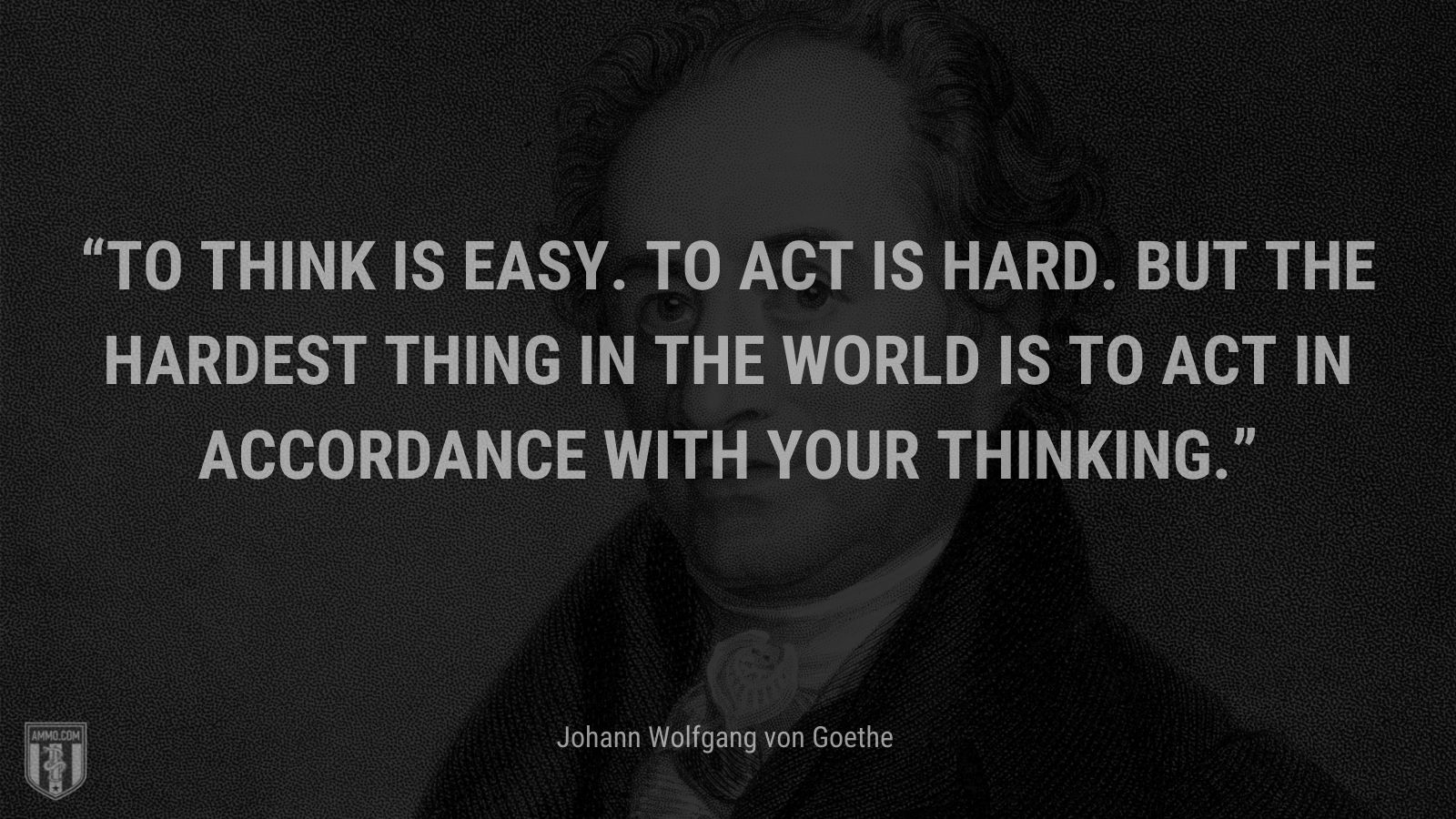 “To think is easy. To act is hard. But the hardest thing in the world is to act in accordance with your thinking.” 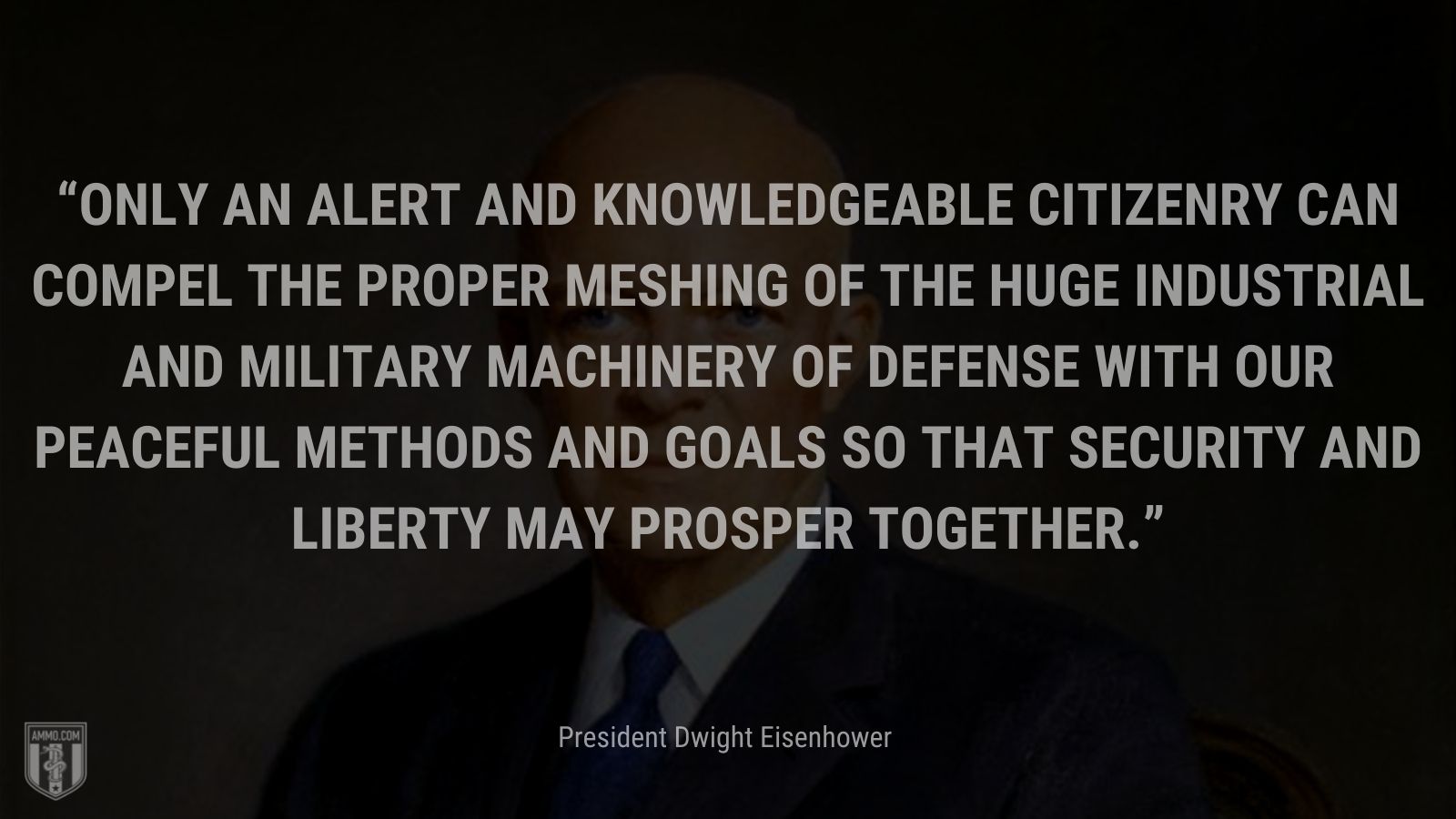 “Only an alert and knowledgeable citizenry can compel the proper meshing of the huge industrial and military machinery of defense with our peaceful methods and goals so that security and liberty may prosper together.” 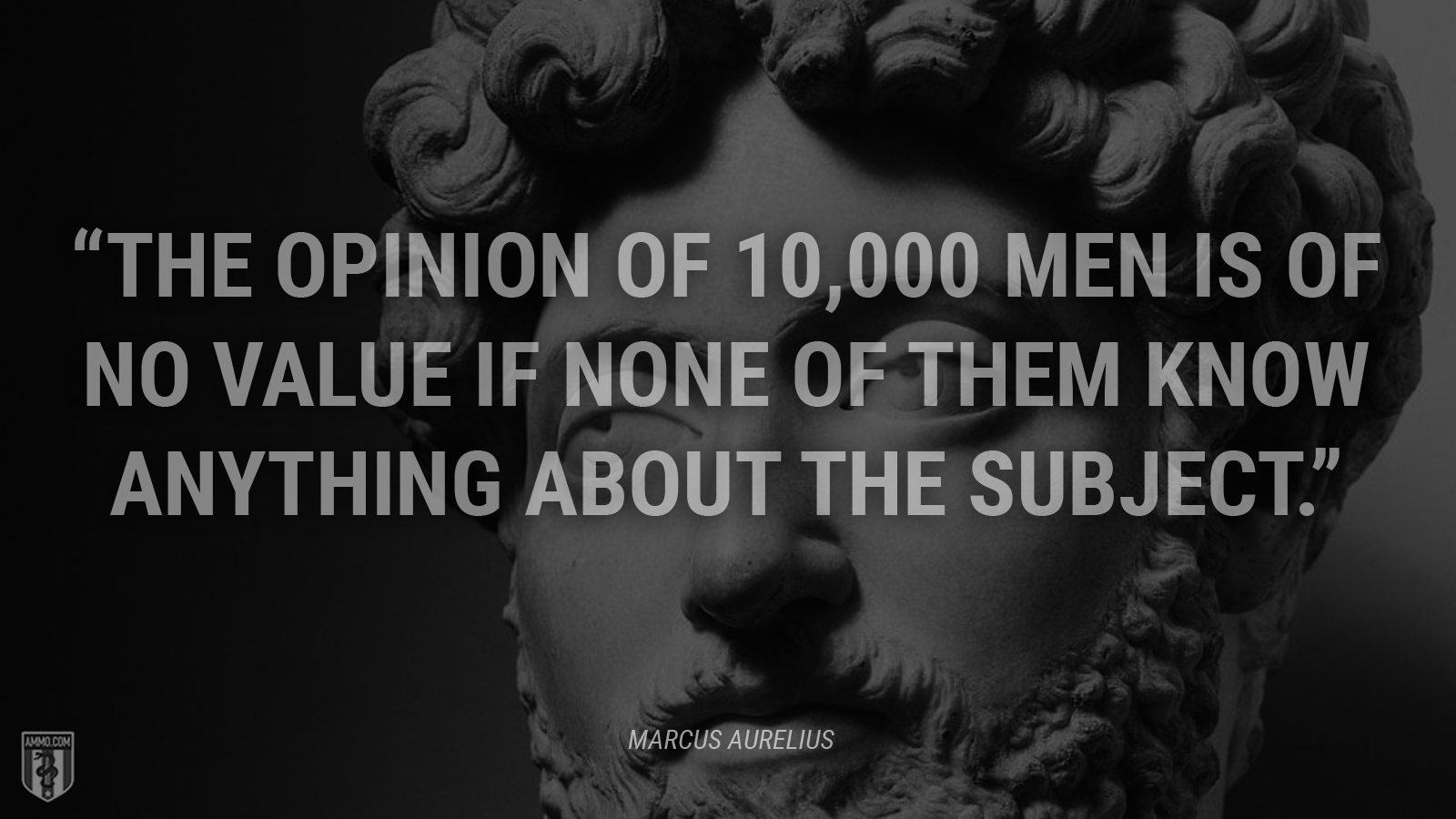 “The opinion of 10,000 men is of no value if none of them know anything about the subject.” 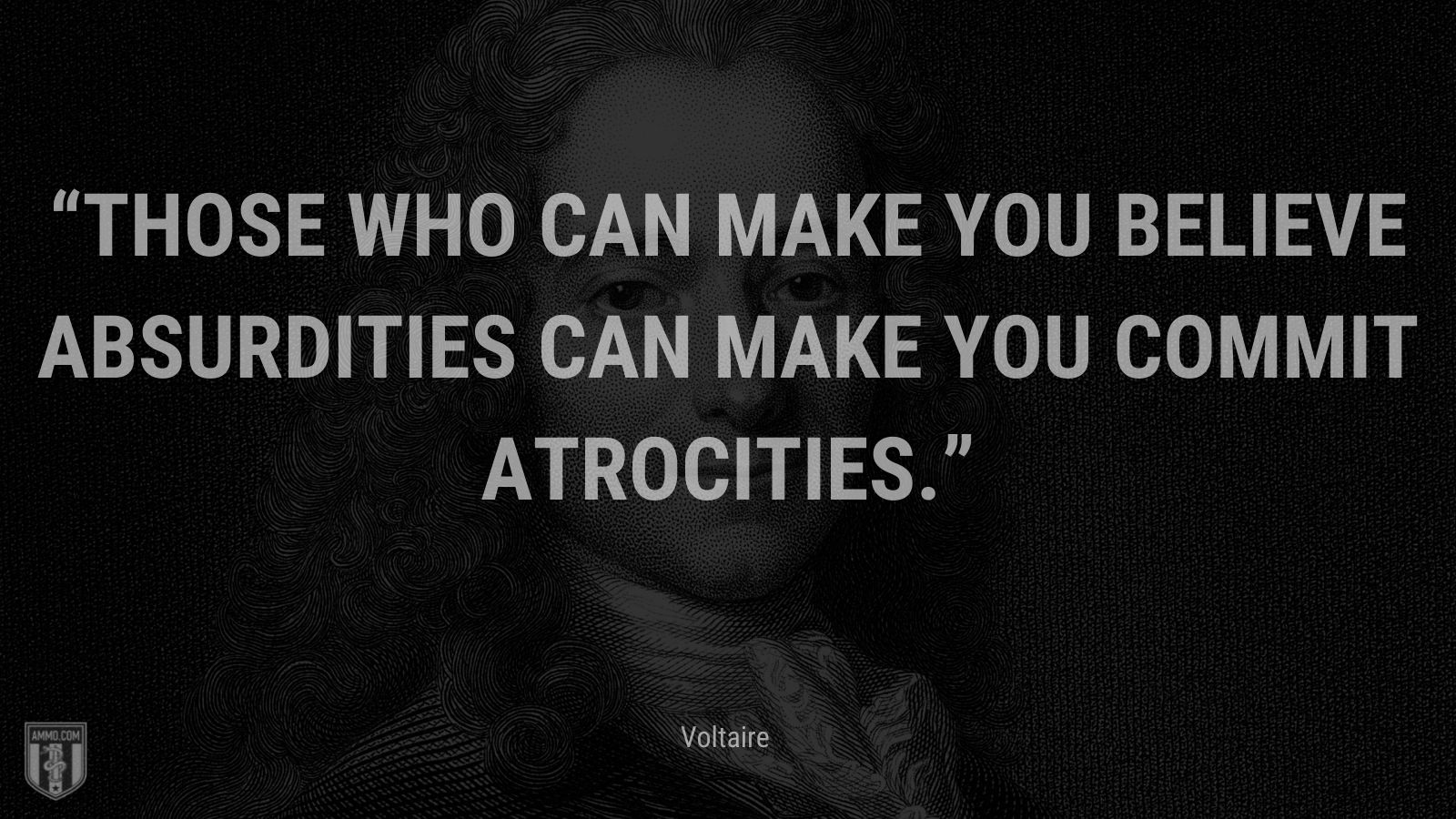 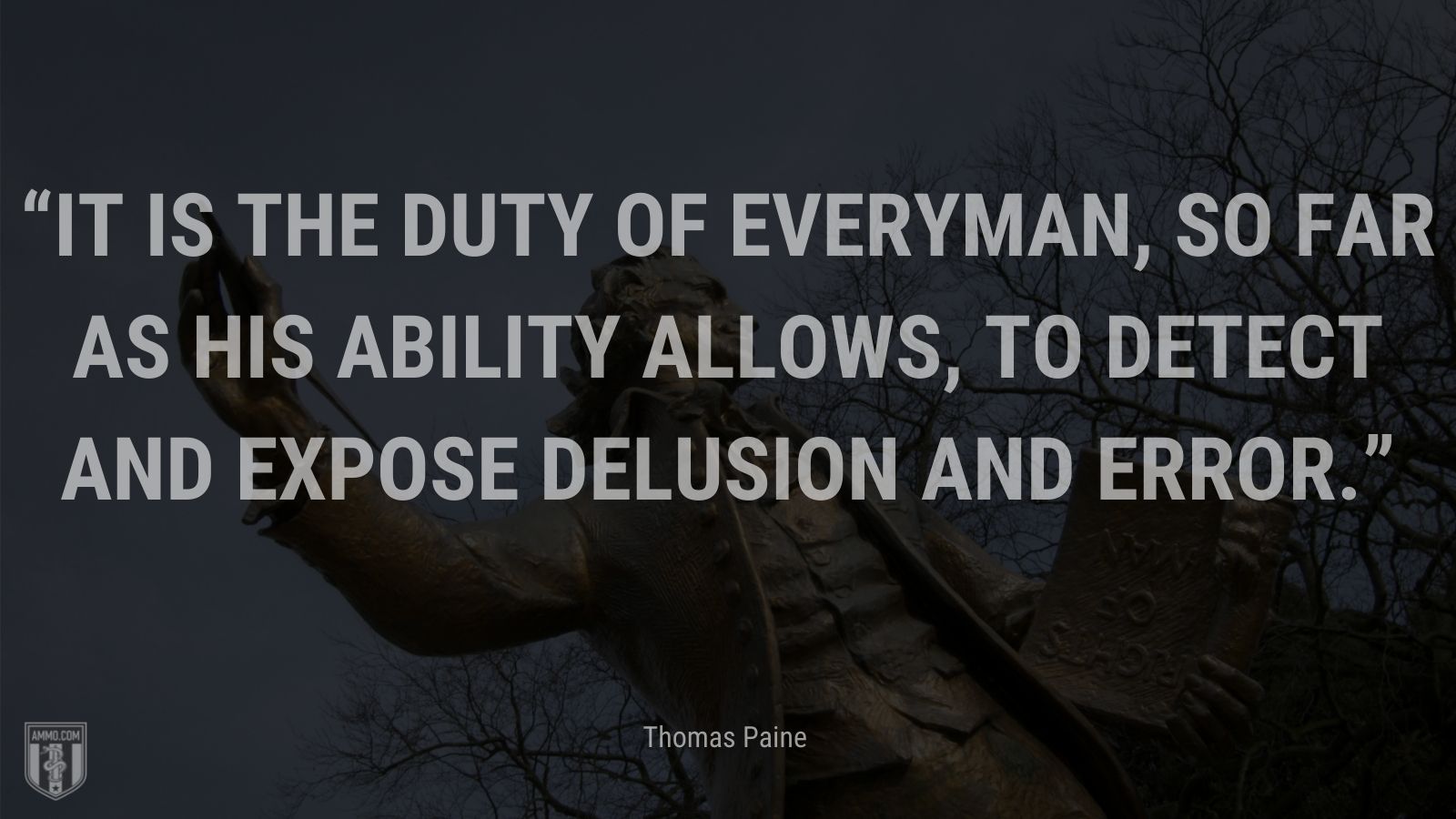 “It is the duty of everyman, so far as his ability allows, to detect and expose delusion and error.” 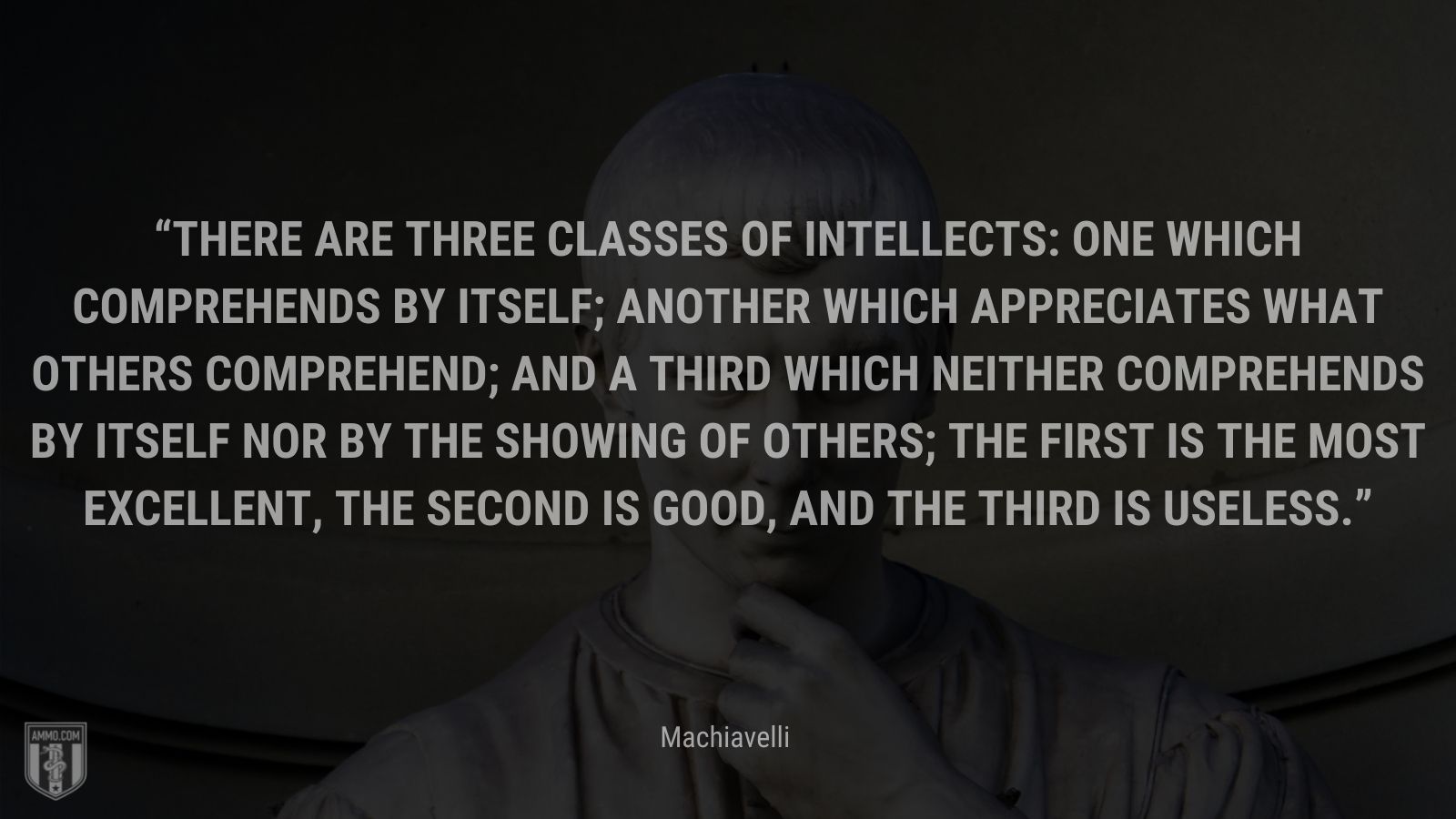 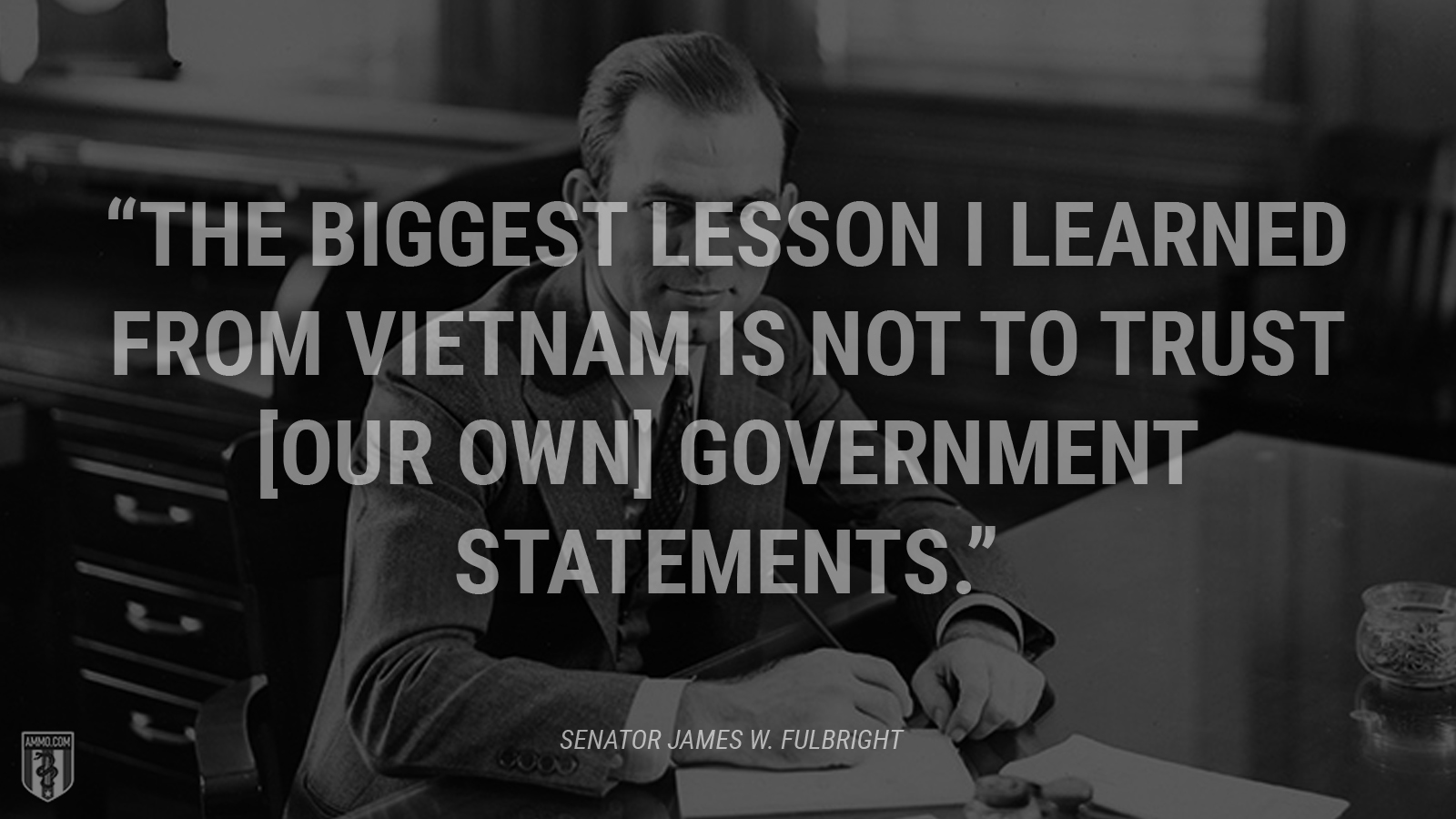 “The biggest lesson I learned from Vietnam is not to trust [our own] government statements.” 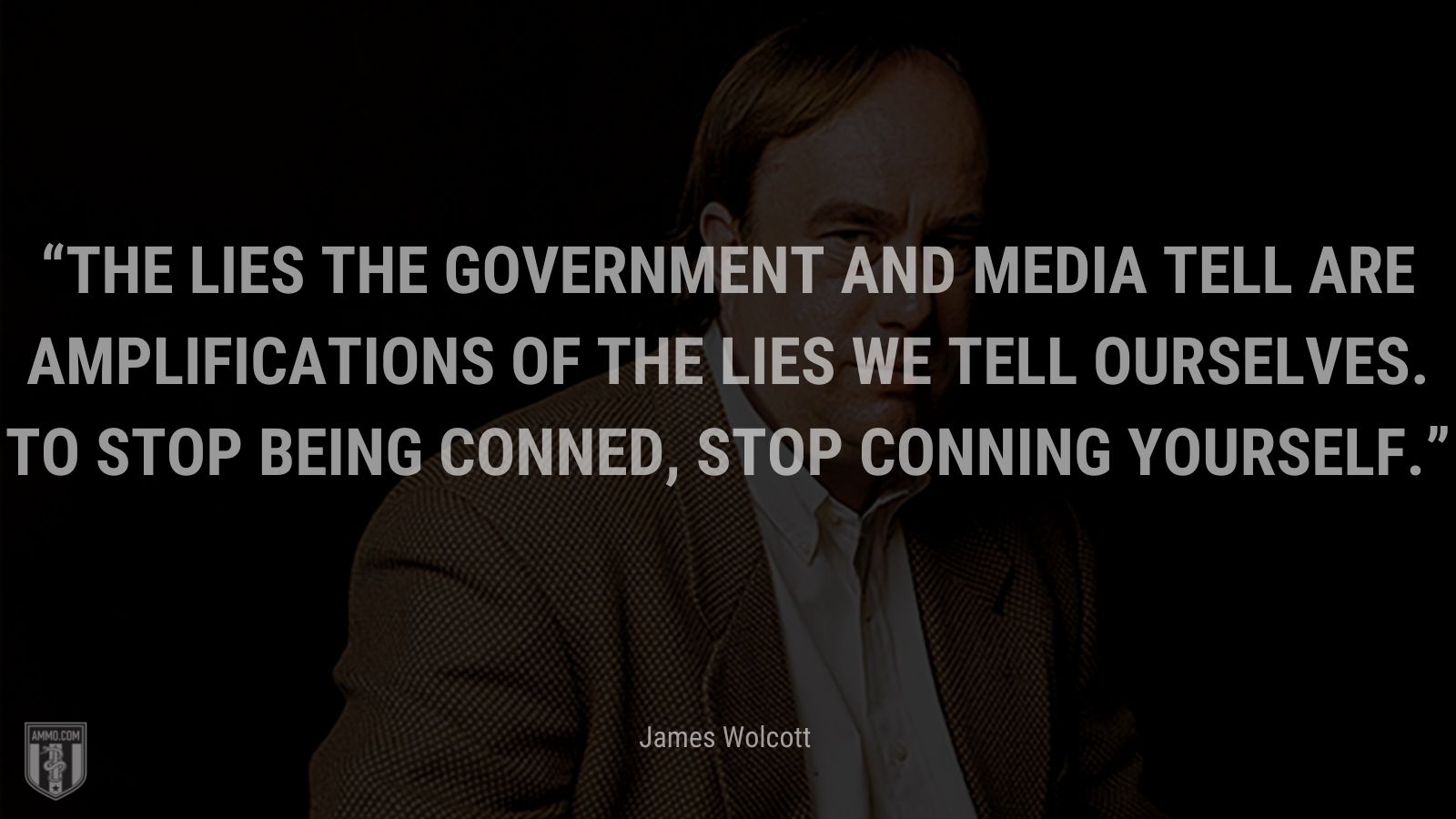 “The lies the government and media tell are amplifications of the lies we tell ourselves. To stop being conned, stop conning yourself.” 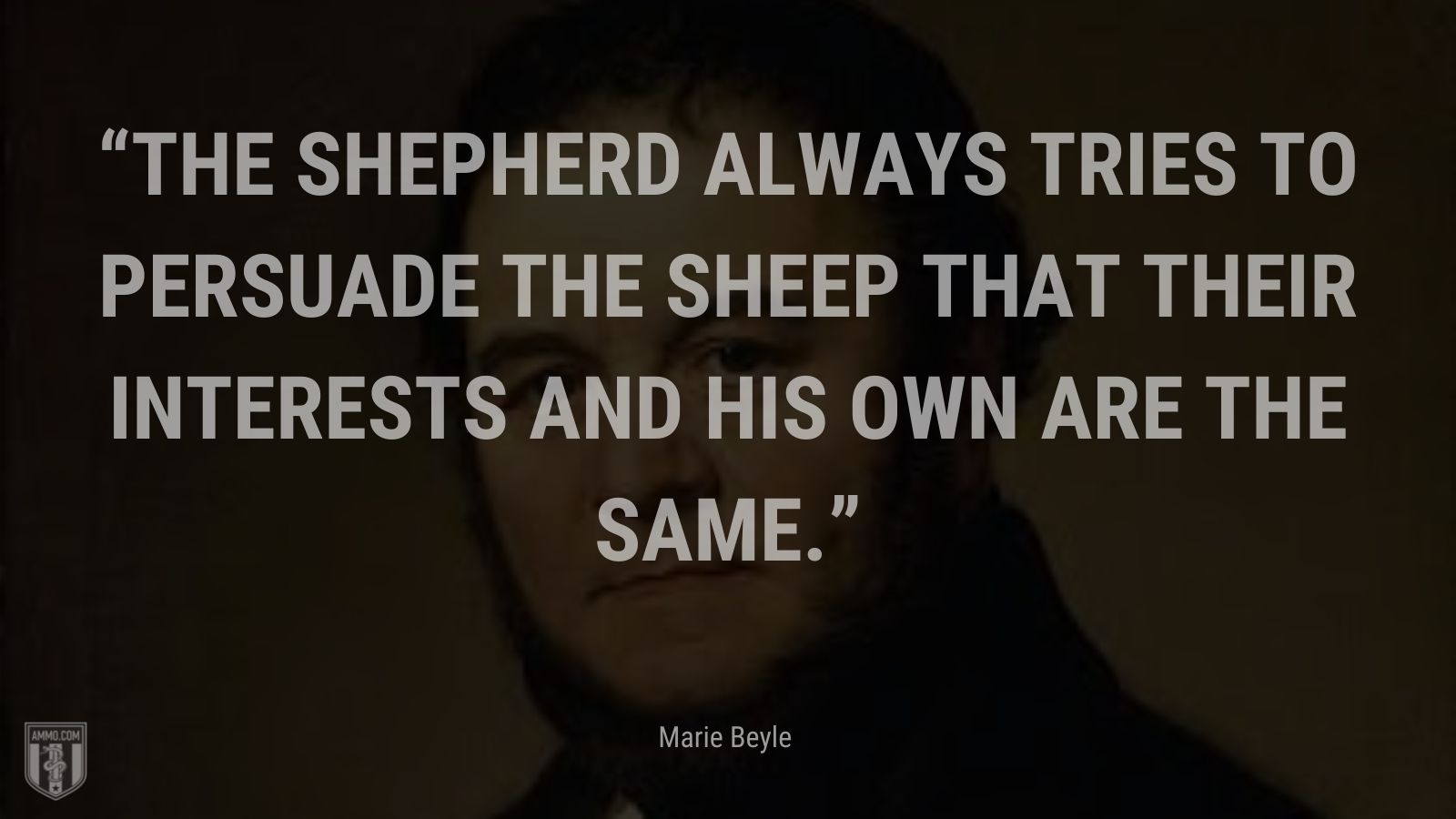 “The shepherd always tries to persuade the sheep that their interests and his own are the same.” 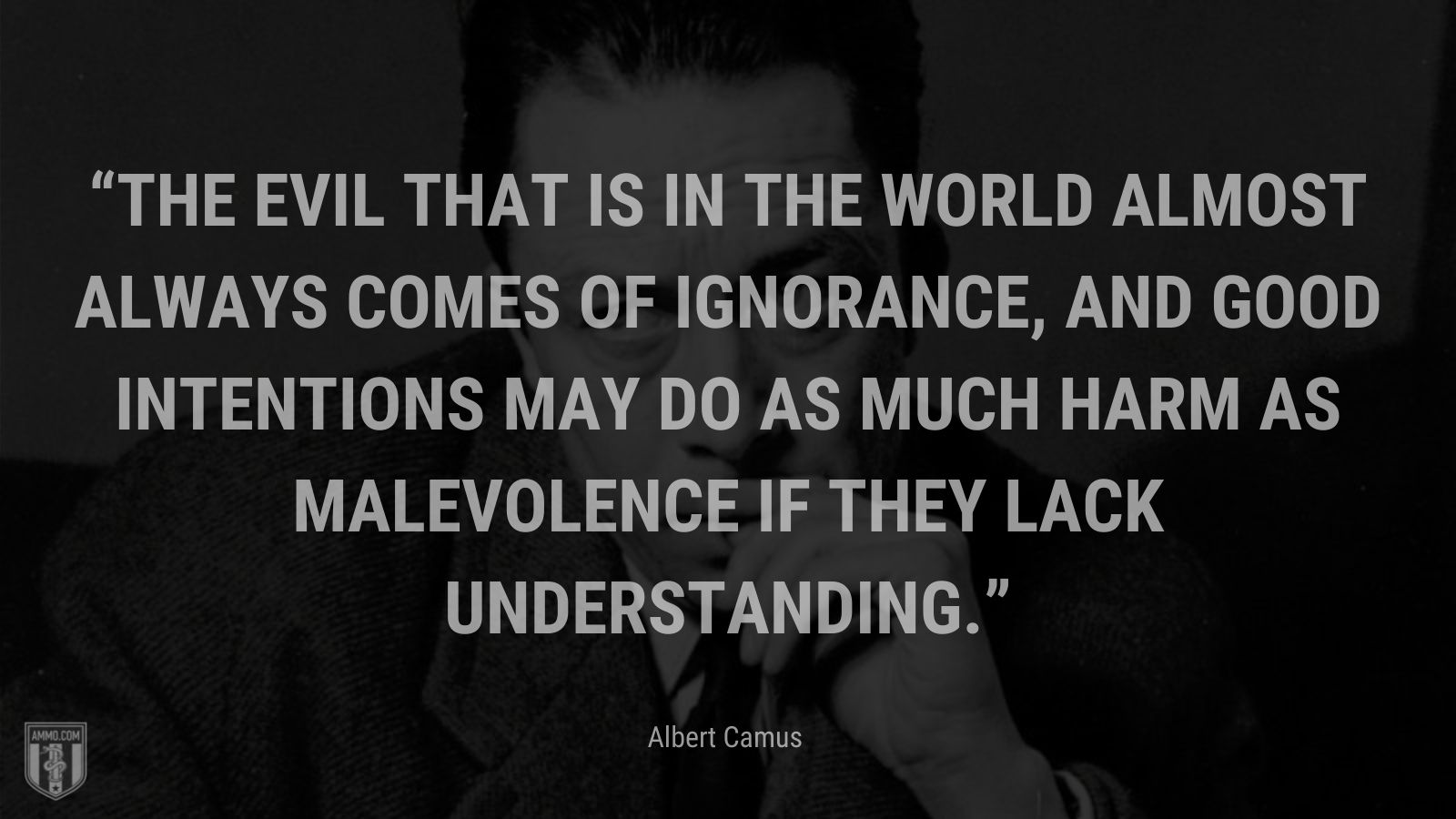 “The evil that is in the world almost always comes of ignorance, and good intentions may do as much harm as malevolence if they lack understanding.” 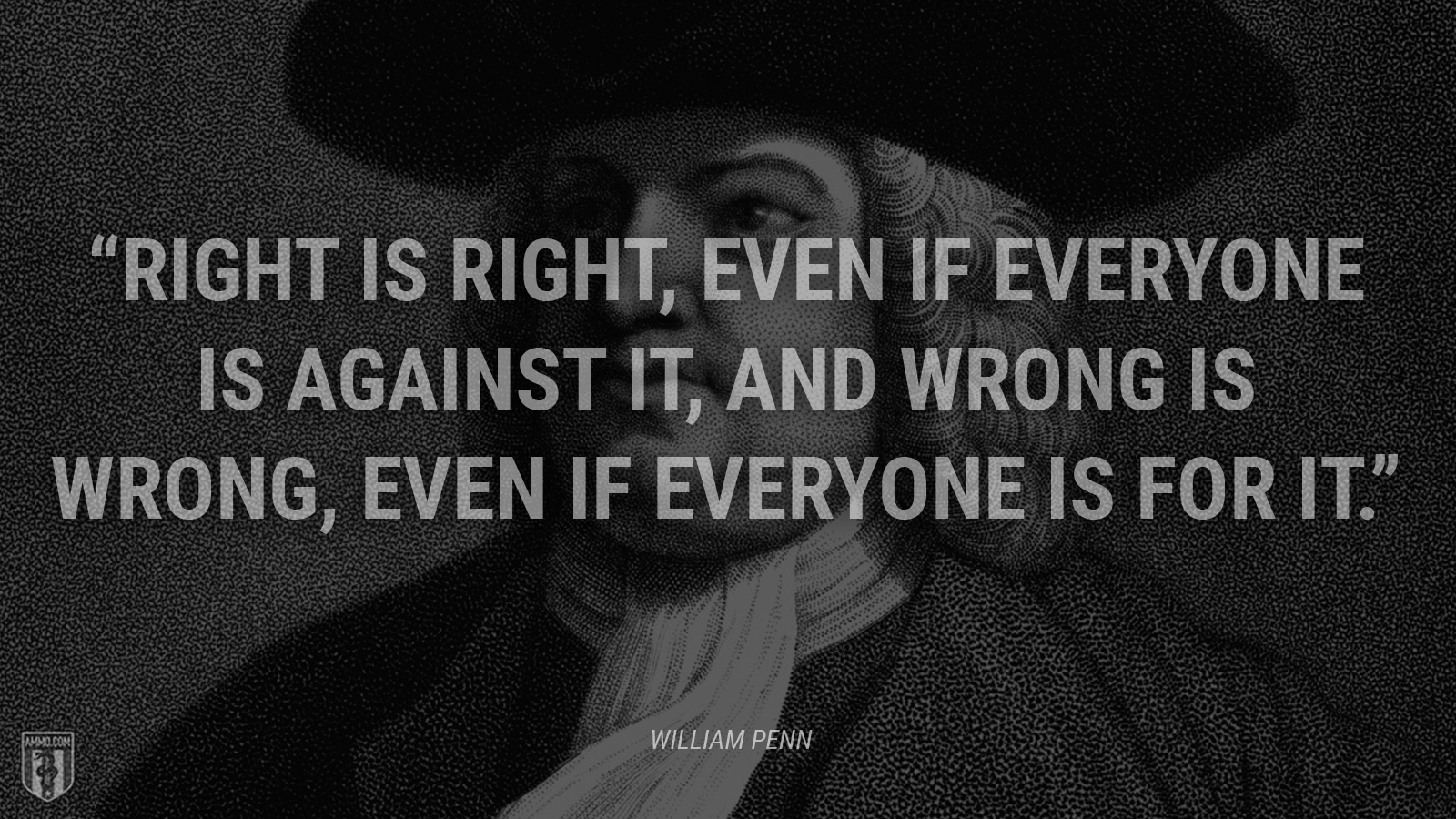 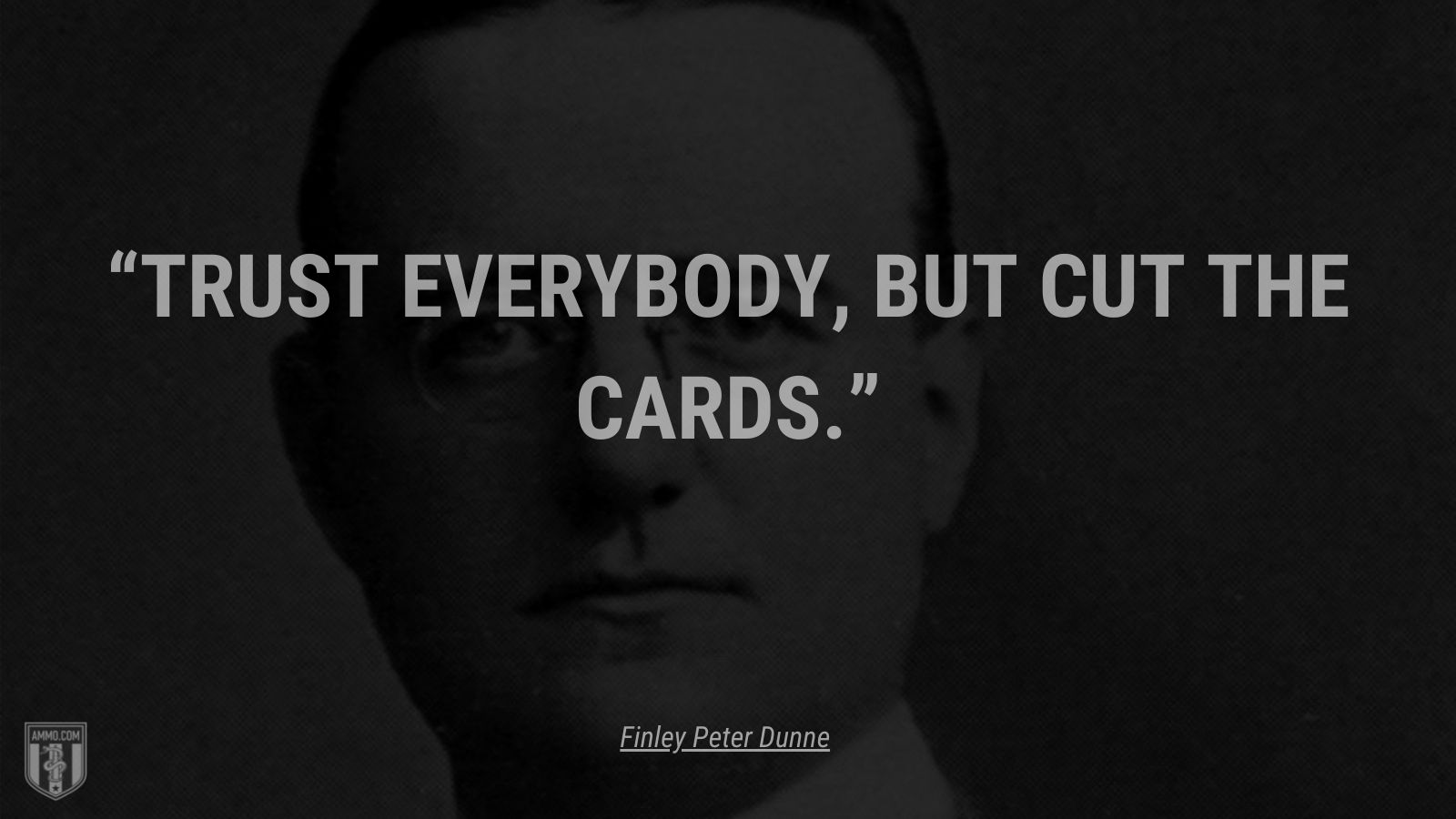 “Trust everybody, but cut the cards.” 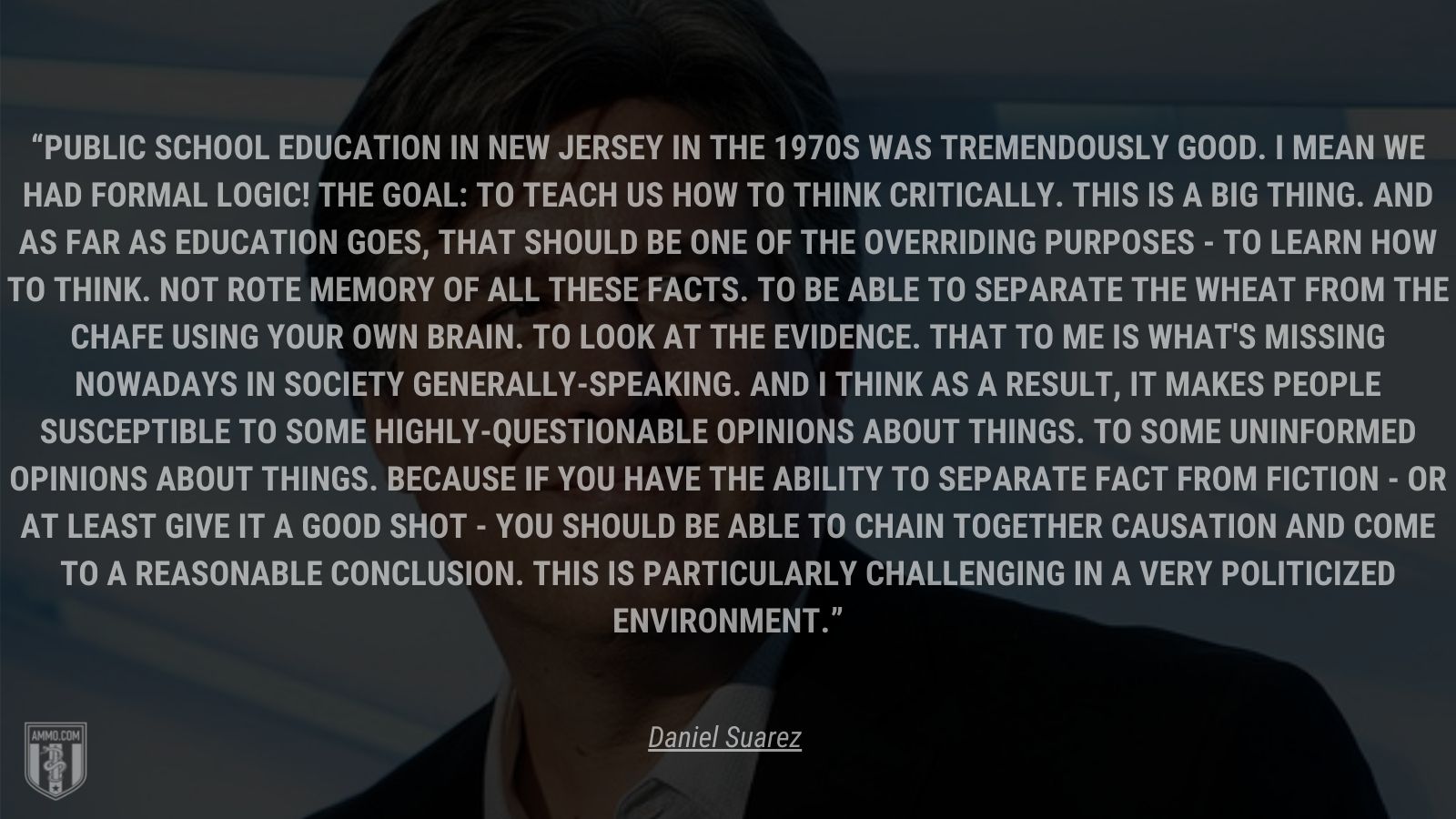 “Public school education in New Jersey in the 1970s was tremendously good. I mean we had formal logic! The goal: to teach us how to think critically. This is a big thing. And as far as education goes, that should be one of the overriding purposes - to learn how to think. Not rote memory of all these facts. To be able to separate the wheat from the chafe using your own brain. To look at the evidence. That to me is what's missing nowadays in society generally-speaking. And I think as a result, it makes people susceptible to some highly-questionable opinions about things. To some uninformed opinions about things. Because if you have the ability to separate fact from fiction - or at least give it a good shot - you should be able to chain together causation and come to a reasonable conclusion. This is particularly challenging in a very politicized environment.” 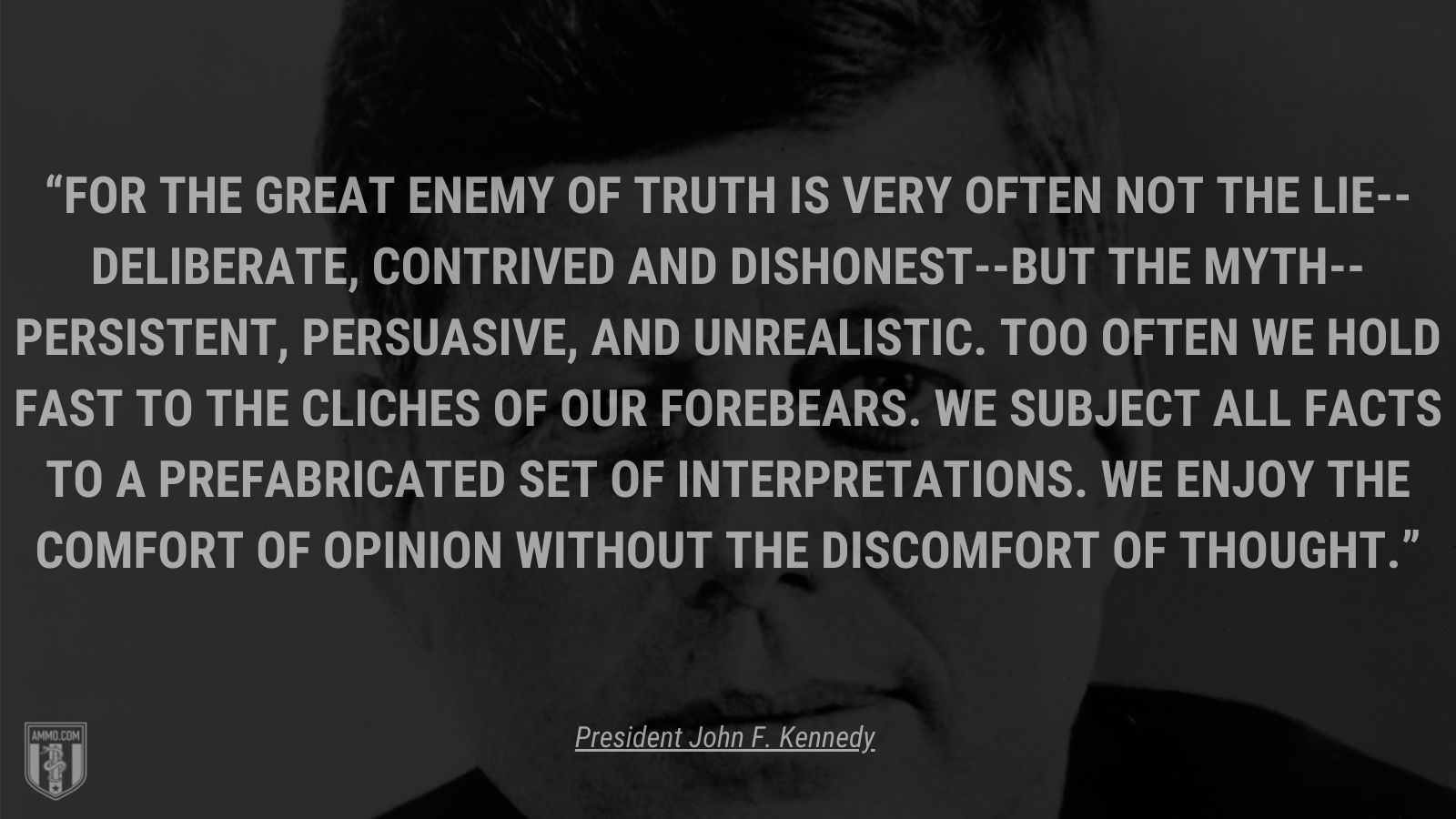 “For the great enemy of truth is very often not the lie--deliberate, contrived and dishonest--but the myth--persistent, persuasive, and unrealistic. Too often we hold fast to the cliches of our forebears. We subject all facts to a prefabricated set of interpretations. We enjoy the comfort of opinion without the discomfort of thought.” 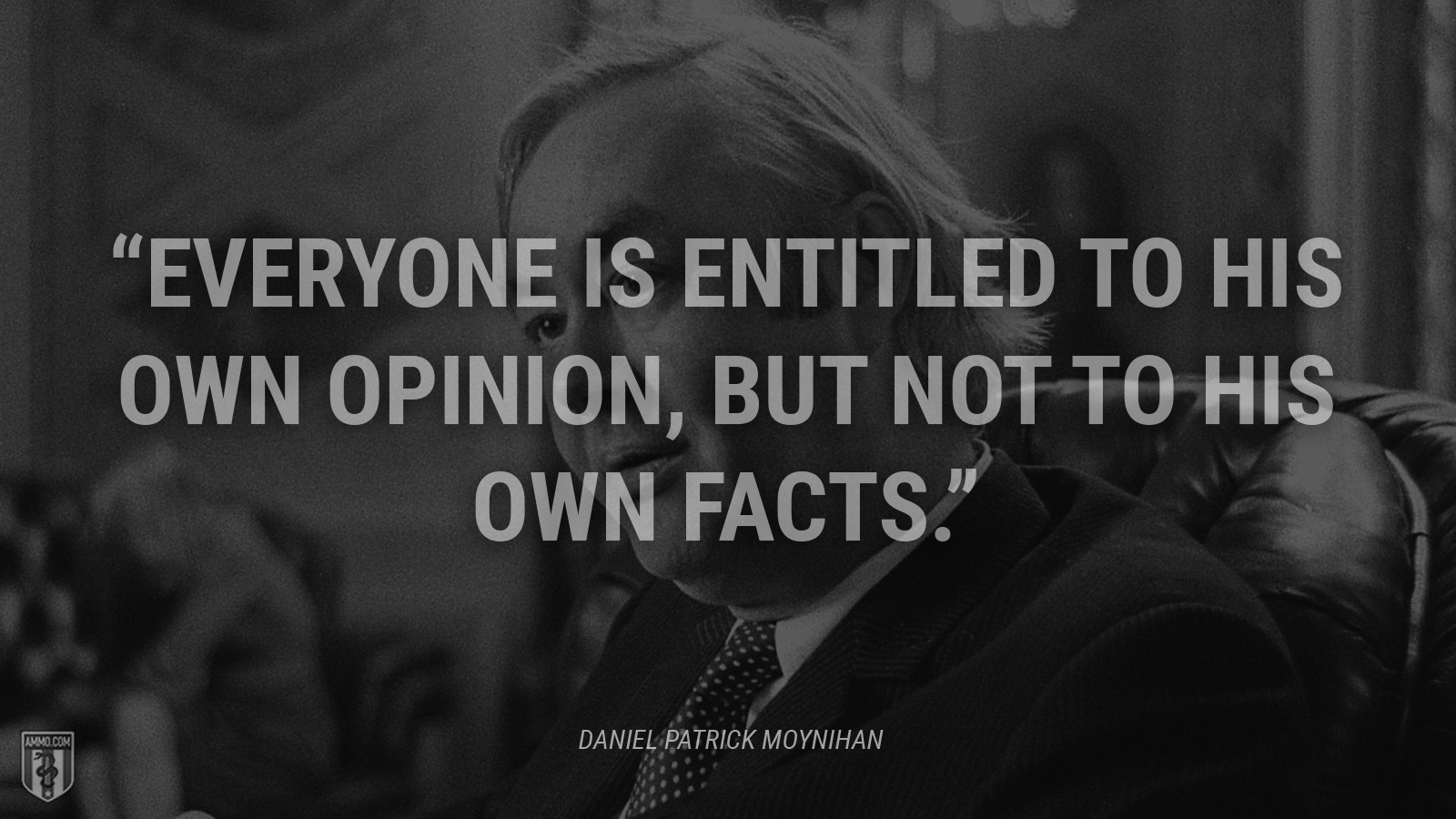 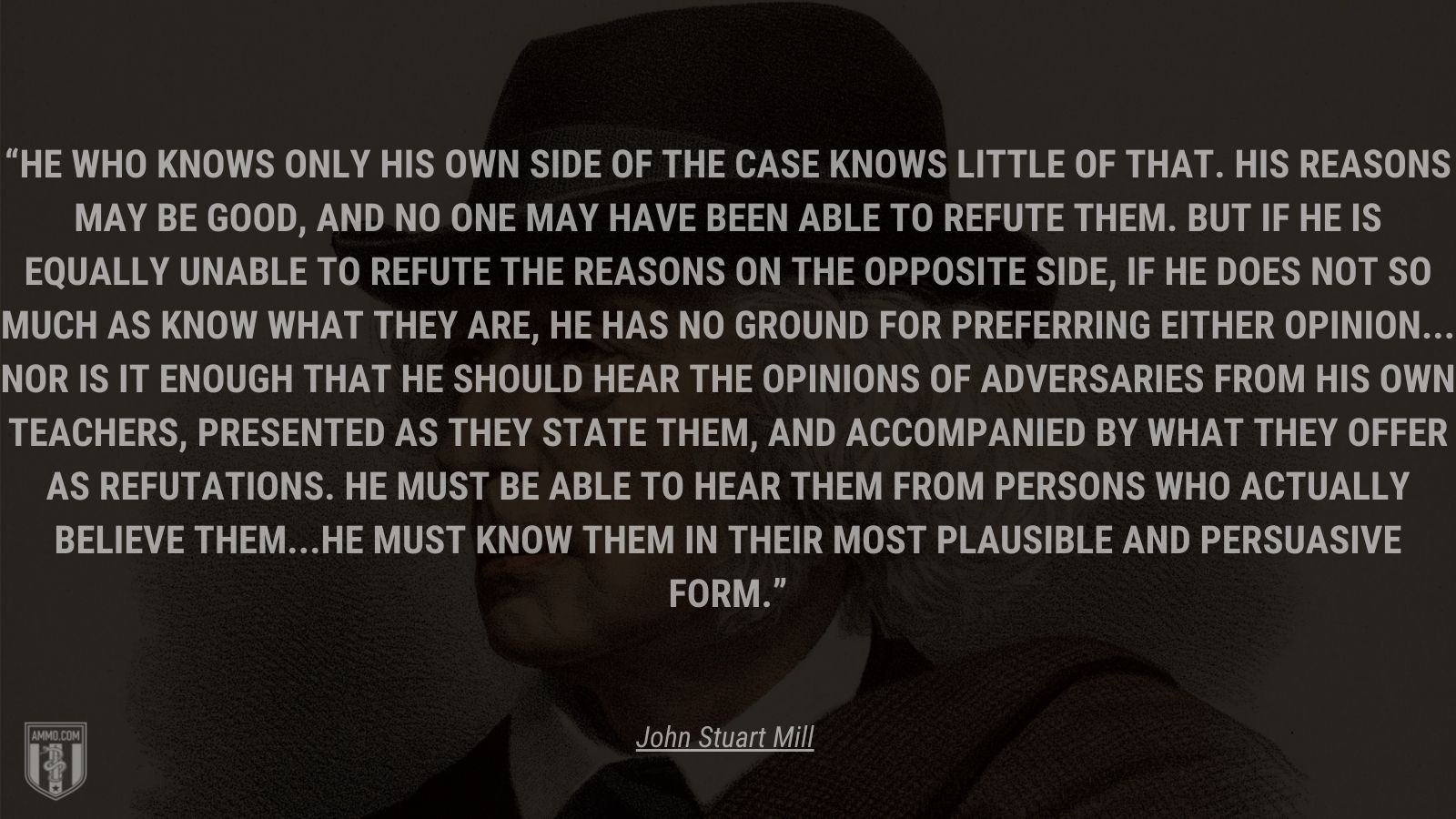 “He who knows only his own side of the case knows little of that. His reasons may be good, and no one may have been able to refute them. But if he is equally unable to refute the reasons on the opposite side, if he does not so much as know what they are, he has no ground for preferring either opinion... Nor is it enough that he should hear the opinions of adversaries from his own teachers, presented as they state them, and accompanied by what they offer as refutations. He must be able to hear them from persons who actually believe them...he must know them in their most plausible and persuasive form.” 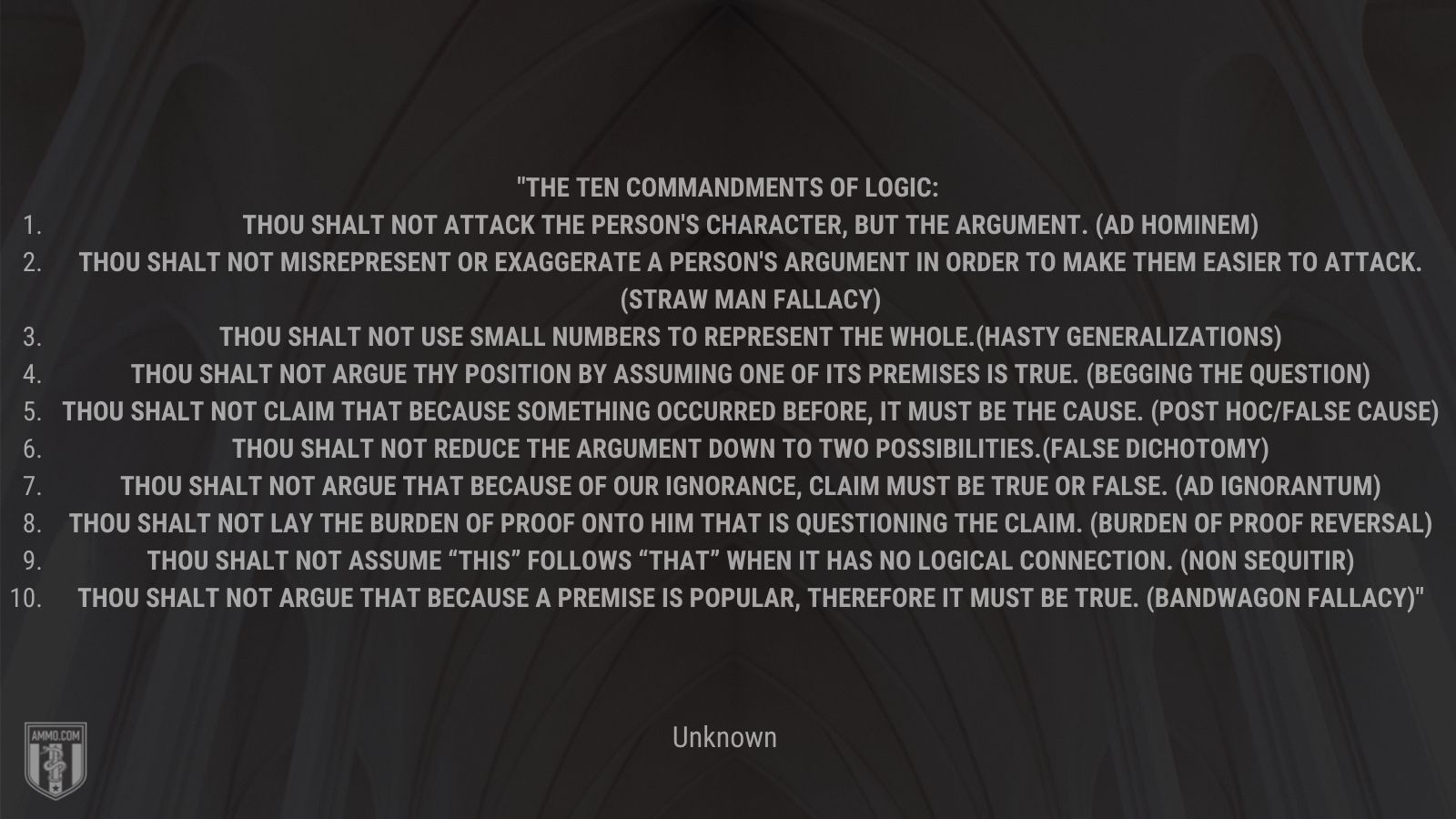 The Ten Commandments of Logic: