Ron Paul: The Untold Story of the Man Who Helped Inspire a New Generation of Liberty Lovers 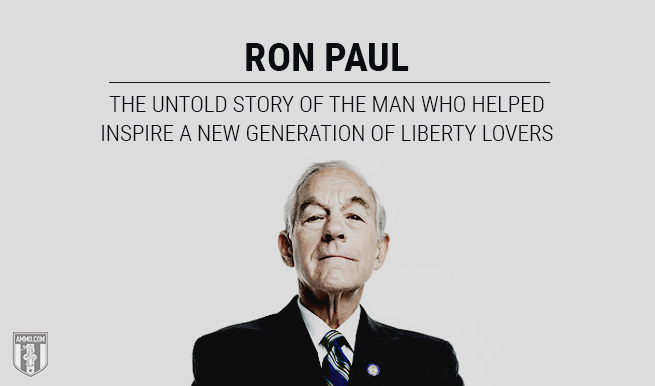 If you’re under the age of 40 and you’re reading this, chances are very good that your interest in the liberty movement was sparked by three-time presidential candidate and veteran Texas Congressman Ron Paul. Paul inspired an entire generation of Libertarians, Constitutionalists and limited-government Conservatives with his 2008 and 2012 presidential campaigns.

It might surprise you to learn that Paul is not originally from Texas, but Pittsburgh, where he was born to a dairy farmer and his wife. He graduated from Gettysburg State College in 1957, with a degree in biology. He earned his medical degree from Duke’s School of Medicine in 1961. From 1963 to 1965, he was a flight surgeon in the United States Air Force, before moving over to the Air National Guard from 1965 to 1968. Upon discharge, he relocated to Texas to start a private practice in obstetrics and gynecology.

While he had been reading Austrian economics and Libertarian political philosophy for years beforehand, he finally decided to run for Congress when President Richard Nixon took the nation off of the gold standard in 1971. He lost his first attempt at public office in 1974, but won a special election in 1976, losing the regular election later that year by a mere 300 votes. He defeated his opponent in 1978, serving until 1985, then again from 1997 to 2013.

While in Congress, Paul spoke in favor of a return to the gold standard with Senator Jesse Helms, as well as against a reinstatement of the draft favored by President Jimmy Carter and the majority of Republicans in Congress.

He retired from Congress in 1984 to run for Senate, losing the Republican primary to Phil Gramm.

After his time in Congress, he focused on the private promotion of liberty, publishing the Ron Paul Survival Newsletter and the Ron Paul Freedom Report with Lew Rockwell, who had previously been his congressional chief of staff. He also sold precious metals under the auspices of Ron Paul Coins.

In 1988, he made his first run for the presidency as a Libertarian, defeating Native American activist Russell Means (who had previously seconded Larry Flynt in his bid for the Libertarian Party line) and coming in third nationwide. He considered running again in 1992, but instead decided to back Pat Buchanan’s campaign against President George H.W. Bush.

Coming Back to Congress 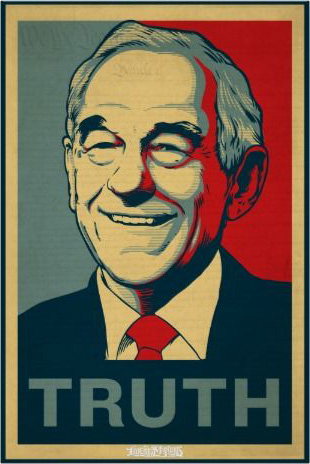 Paul returned to Congress after a 1996 election with a huge assist from friends Nolan Ryan, Steve Forbes, and Pat Buchanan.

However, it was his 2008 presidential campaign that began to change the world of liberty. There is arguably no one more responsible for the spread of the liberty movement than Ron Paul, whose 2008 campaign electrified young people who would likely have largely been Democrats previously. The average Ron Paul supporter in 2008 was not the country club Republican or movement Libertarian one might have pegged, but more likely to be a tech-savvy college kid than anything else.

Thus, throughout the 2008 primary season, the acolytes of Ron Paul dominated political debate on the Internet and social media, the latter of which was still in its infancy at this point. Ron Paul’s campaign was the most searched for and his YouTube channel had even more followers than Barack Obama’s.

In 2012, Ron Paul was still considered an outsider, but had considerably raised his national profile since 2008. He remained hot on the heels of front-runner Mitt Romney throughout the entire Republican primary, but once again came up short of the nomination. Much like in 2008, he refused to endorse Mitt Romney and even refused to give a speech at the convention because it would have to be vetted by Romney’s team. 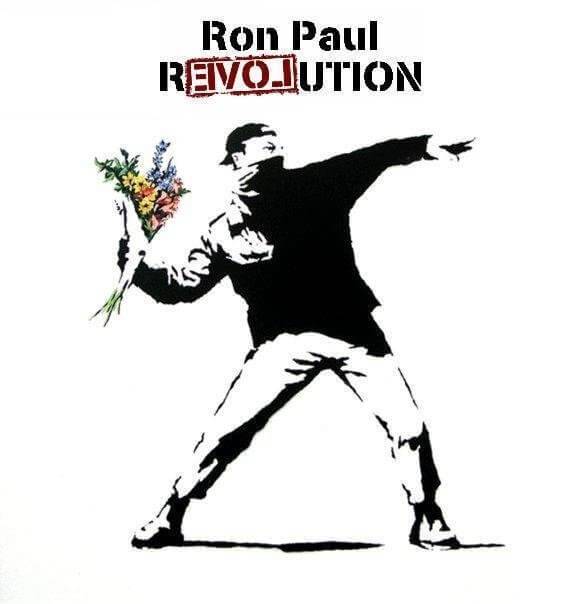 While Paul was a life-long Republican, he was often highly critical of the party and its leadership. Indeed, he was one of the only Republicans to vote against Ronald Reagan’s 1981 spending bill, despite being one of the first elected officials to endorse Reagan in both 1976 and 1980. He even had some extremely harsh words to say about Reagan while running for president in 1988. He called the Reagan administration "a dramatic failure,” continuing by saying that "Reagan's record is disgraceful. He starts wars, breaks the law, supplies terrorists with guns made at taxpayers' expense and lies about it to the American people."

Since retiring from elected office and the presidential race, Ron Paul has become a fierce critic of the NSA and surveillance, as well as a supporter of Edward Snowden, whom he considers to be a great hero and champion of freedoms for Americans. He also founded the Ron Paul Institute for Peace and Prosperity underneath the broader umbrella of his Foundation for Rational Economics and Education. He offers the Ron Paul Curriculum (developed by Gary North) free for homeschooled children from K-5 and paid for 6-12.

The Ron Paul Liberty Report has received more than 17 million views as of April 2019.

In 2016, Ron Paul became the oldest person to ever receive an electoral vote when a faithless elector in Texas voted for him.

Veterans of the Ron Paul rEVOLution are active in the liberty movement today. And how great is it that a man who has never smoked a cigarette in his life inspired a generation of pot-smoking techies to join the fight for liberty?

You can bet your last Ron Paul Dollar (remember those?) that Dr. Paul will be speaking hard truths, bucking the system and standing his ground until the day he dies. Libertarians will likely never find a champion quite like him.