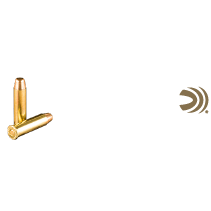 Live Inventory
Below is all of our Federal 357 Magnum ammo in stock. To see our entire selection of 357 Magnum, check out our 357 Magnum ammo page. As one of the world’s top sporting and self-defense ammo companies, Federal 357 has your back when it matters most. Learn More
per page

Developed in 1934 by Elmer Keith, Phillip Sharpe, and Douglas Wesson to provide law enforcement an ammo that could punch through car doors and early body armor, the 357 Magnum has become one of the most popular revolver rounds in the world. And Federal 357 Magnum ammo options have become synonymous with quality, stopping power, and reliability.

There’s no denying that you’ve got several options for Federal 357 Magnum ammo for practice. American Eagle Federal 357 Magnum is the affordable and jacketed soft point (JSP) ammo you need to hone your marksmanship skills and not break the bank.

One of the benefits of Federal 357 Magnum is its flexibility as both a self-defense round and a hunting cartridge. Federal 357 HammerDown and Fusion ammo are the cartridges your lever action rifles need this deer season. No whitetail will be able to stand up to the sheer power that Federal 357 Magnum ammo offers today’s discerning hunters. Federal 357 Power-Shok is an affordable hunting option with a heavy hitting 180 grain jacketed hollow point (JHP) for maximum expansion and weight retention on medium sized game animals that won’t break the bank.