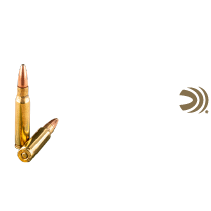 Live Inventory
Below is our selection of Federal 308 ammo in stock. To see our entire selection of 308 Winchester ammo, check out our 308 Win ammo page. As one of the world’s top sporting and self-defense ammo companies, Federal Premium 308 has the accuracy and knock-down power for all your big game hunting needs. Learn More
per page

Established in 1922 by then company president Charles L. Horn, Federal Ammunition has been a leader in ammo development and innovation for a century. And their Federal Premium 308 ammo continues this legacy of accuracy, precision, and stopping power.

The 308 Winchester round has made a name for itself as one of the top sporting cartridges across the globe. Considered by many as the quintessential 30 caliber sporting round, 308 Federal ammunition pays homage to that legacy with its Federal Premium 308 ammo.

Crafted with the finest components and charged with precision, Federal Premium 308 is offered in multiple bullet configurations for your ideal big game hunting round:

With all these different bullet options, there’s no game animal across the North American continent that can stand up to Federal 308.

Developed after World War II by the US military, the 308 Winchester was the de facto replacement for the 30-06 Springfield round. Capable of firing bullets upwards of 180 grains at nearly 2,600 FPS, Federal 308 has proven to be extremely effective for any large game animal in North America.

The 180 grain loadings are powerful for larger game like elk and black bear, many hunters prefer Federal 308 165 grain bullets for medium sized game like deer and antelope.

Federal 308 Fusion was specifically designed for deer hunting while Power-Shok offers shooters an affordable jacketed soft point hunting round that won’t punch holes in your wallet. Federal 308 American Eagle offers shooters inexpensive, yet accurate, practice ammo that will get you ready for the next hunting season and not break the bank.

But when you need to take down the big boys, like grizzly bear and moose, then you need only reach for Federal Premium 308 and select the big game hunting bullet of your choice. Bullet selection will be relegated primarily to your personal preference and which game animals you’re looking to put in your freezer. But rest assured, that Federal Premium 308 will be more than capable of taking down anything North America has to offer.

Here at Ammo.com, we strive to bring you all the Federal 308 ammo your hunting needs require. We ship fast and discretely to your door in an unmarked package, so your neighbors will have no idea that you’re loaded for bear with Federal 308 165 grain bullets or whatever option you choose to stock up on.

And when you buy your Federal 308 ammo from us, you support not only your right to bear arms, but those of future generations. With every purchase of Federal 308, we donate 1% of your order to a pro-2A charity of your choice at zero cost to you. Support your 2A rights and keep your ammo storage full of Federal 308 ammo when you shop at Ammo.com!