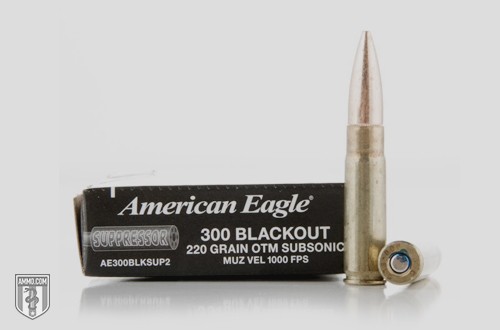 The open tip match bullet (OTM) is primarily used as a target shooting ammo, hence the word “match” – but what is match ammo? There seems to be a massive debate about this particular term (OTM), because it comes across as a hollow point when it's technically not, and it can cause some confusion. The military can use it because it’s technically not a hollow point, but some hunters can’t because it is a hollow point. This is probably the most controversial term of any bullet currently in use today.

The most popular open tip match bullets you’ll come across are the Sierra MatchKing line, which have been in use for decades.

You’ll be hard pressed to find a more accurate bullet. The weight distribution of these bullets is near perfect, and that’s why they are so popular among target and match shooters. Many OTM bullets feature a boat tail design to improve long-range accuracy even more. Popular manufacturers use Sierra and their own OTM rounds in match grade ammo, so it is definitely not difficult to find. Some of the most well known manufacturers include Federal, Remington and Winchester.

Leaving politics aside, the main disadvantage to the open tip match bullet is that it’s not designed to do anything specific on impact. Even the most popular manufacturer, Sierra, says what happens after it hits the target isn’t any concern – it’s designed for a single purpose and that is to hit the target. There are some open tip match bullets available for hunting, but they aren’t particularly popular when there are so many alternatives out there specifically designed for hunting things of various shapes and sizes.

The open tip match bullet is one of the best bullet types you’ll find for target practice and competitive shooting. And depending on the manufacturer, some can have different features, making them more or less tailored for certain uses. They may or may not be classified as hollow points in some areas, so double check before taking them with you.