Looking for eXergy ammo? See what we have in-stock: XRG Ammo Search » 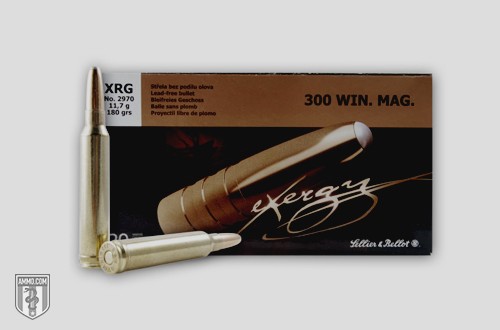 The eXergy, or XRG, line of bullets were created by Sellier & Bellot as an alternative to lead ammo without losing any performance or stopping power. These are hollow point bullets capped with aluminum to make sure they retain their shape in the air, while expanding rapidly upon impact with a target. This company did extensive testing while creating these bullets, and they can be considered a “premium” type of hunting ammunition due to the way they are made, the excellent performance and the ability to take down even the largest game animals at long range.

As this is primarily a hunting ammunition, you’re probably going to be using it for medium to large game animals at long range. Deer, moose, bear, mountain goat and antelope are the common targets, but this ammo is also a good choice for thick-skinned hogs. Sellier & Bellot offers ammo in several calibers with XRG bullets, including 7mm Rem. Mag., .300 Win. Mag. and .30-06. The XRG bullet is known for its ability to penetrate tough hides and make quick stops of all but the largest game. Having excellent accuracy, as well as reliable expansion, the XRG is a great choice for hunting and represents the cutting edge in bullet technology.

This is a good ammo choice for the trophy hunter, due to the stopping power and size of the wound created.