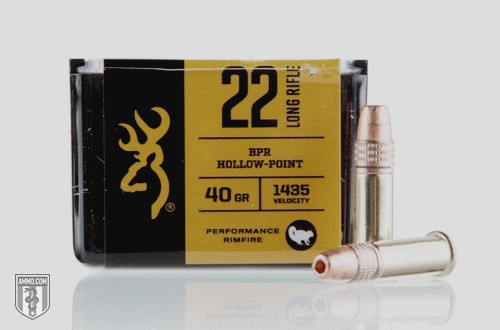 When it comes to stopping power, not much beats a hollow point. Lead hollow points are the most common and widely used bullet of this type, and they have been for over 100 years. These bullets were created to cause maximum damage and wound creation, while maintaining the same accuracy as round nose bullets. Over the years, bullet technology has improved dramatically and you can now get hollow points in a wide array of styles and materials.

Lead hollow point bullets can be found in most every ammo store and are one of the best selling ammo types for several reasons. They are great bullets for home defense, hunting, target shooting and everyday plinking, and they come in almost every caliber in production for pistols and rifles.

This bullet behaves differently than a standard (or FMJ) bullet, because it “mushrooms” on impact with most targets, both hard and soft. This deformation makes the target sustain incredible damage, where a standard bullet will impact and go out the other side, leaving a fairly uniform hole – unless it impacts something hard, like bone.

This particular bullet type has many years of testing behind it, and behaves predictably for the most part. If you get all your HP ammo from one particular manufacturer, it’s very likely you’ll get uniform results with each round fired. This leads to greater familiarity and accuracy, which is when a shooter knows exactly what will happen when a target is hit. You can imagine the benefits this will give a seasoned hunter going into the field with the lead hollow point ammo he’s used for years.

One of the most common calibers that uses LHP bullets is the venerable .22 LR. You can find the LHP bullet virtually anywhere the .22 LR is sold.

For self defense, the deformation of the lead upon impact creates a very high chance that an intruder or other threat will be stopped with one shot (if aimed properly). In a situation like this, that one shot needs to count and the combination of lead and the hollow point structure is hard to beat. With this design, the expansion of the bullet will decrease the chances of over-penetration.

Lead has been used in bullets since rifled barrels arrived on the scene over a century ago. Today, we know there can be safety concerns related to lead and it can also contribute to barrel leading if you shoot it frequently. Some states, parks and public lands have bans on lead bullets, and some even have bans on hollow points. This creates the biggest disadvantage with this particular bullet type, as it’s difficult to tell where it’s allowed. You will have to check first, even if it’s a place you normally go, as these laws change rather frequently. On the flip side, some hunting areas only allow hollow points for more humane shooting.

This has been – and most likely will remain – a popular bullet. But with new technology, you can find alternative ammo that performs similarly without the lead. It’s always a good idea to bring along a lead-free ammunition if hunting or shooting on a range, whether indoor or out. You can usually find something created for the exact same use. For defense, these are commonly allowed and shouldn't be an issue on your private property. Be smart and double check both the lead and hollow point regulations where you live.