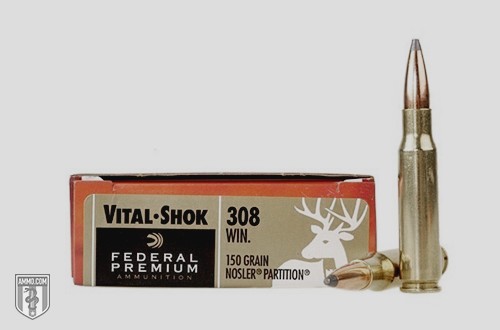 Any fan of Nosler ammo has to be familiar with the Nosler Partition. This premium hunting bullet is one of a kind due to its unique design that is almost like two bullets fused together to create an "H" shape. There are two cores in the Partition bullet, separated by the copper-alloy that jackets the bullet, except for the tip and the base. This is an exposed lead base bullet with a soft tip, and while it shares some similarities with later Nosler lines like the AccuBond, it’s really in a class of its own.

While the Nosler Partition remains their flagship round, and is touted as the greatest all-around big-game hunting bullet ever made, it’s worth comparing its features to the extremely accurate AccuBond.

The AccuBond is a refined version of the Partition, inspired by its expansion and penetration characteristics. And while they are designed to be similar, the AccuBond is preferred for long-range hunting due to the higher ballistic coefficient.

With such a long history of use, time is definitely on the side of the Partition. This bullet is tried and true, and has been significantly tested over and over again on all types of targets – from the small Florida deer to the massive Moose of the Northern Rockies. Although it seems popular among hunters of all types, it’s definitely lost some steam as technology improved, giving us alternatives from Nosler like the Ballistic Tip or AccuBond.

Since the Partition bullet has been so popular, it can be had in a variety of calibers from the .222 Remington to .308 Winchester, which are fairly easy to find. But the big game hunter has options that range all the way up to .458 Winchester.

There aren’t a lot of true disadvantages to this bullet because it is truly "debugged" technology. Newer bullets are very specialized for certain uses – some are for large game, some are for long range, and some are just for penetration or expansion. The Nosler Partition is more of a "jack of all trades and master of none" at this stage in bullet technology. It performs wonderfully in all uses, but may not be exactly what you want if you’re going after a very specific target.

This is a well known and highly respected bullet that has a cult following among certain groups of hunters. It performs reliably and you know what to expect when shooting. The price can be high, so this is definitely a hunting ammo only – not something to shoot watermelons with to impress your friends.