Looking for Multi-Purpose Tactical ammo? See what we have in-stock: MPT Ammo Search » 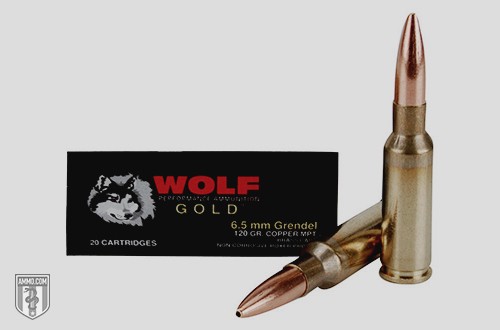 The multi-purpose tactical bullet (MPT) is almost always associated with America's Rifle: the AR-15. If you own one of these guns, it’s probably one of your most fired weapons and for good reason – it’s fun to shoot. Unloading a magazine at empty cans and bottles in the backyard or trying to beat your last score at the shooting range is a spectacular feeling when using one of these guns.

The MPT does just what the name implies. Its use is very broad and can be a “go to” ammo for just about anything, from plinking to hunting to stopping a horde of zombies.

One of the best things about this particular bullet, and the ammunition you’ll find it used with, is the versatility. The MPT bullet can be used for everything, hence the “multi-purpose” designation. You can hunt, target shoot, take care of varmints and keep your home and property safe with a single box of ammunition. You don’t really need to have a huge assortment on hand if you’re using this. If you get brass casings, which are very common for MPT ammunition, you have the benefit of being able to reload it and/or recycle it as well.

This bullet is primarily used in cartridges designed for use in Modern Sporting Rifles. Due to media misinterpretation of the purpose of these rifles and various legislation, you may not legally be able to buy a weapon to fire it with. That’s a pretty big issue. Not all areas with these restrictions stopped selling the ammunition, and if you already have your weapon, this won’t apply to you.

If you’re a reloader, you can use this bullet with different cases to create a hybrid ammunition, but reloaders seem to be split about whether or not it’s worth it. You may be able to locate some from a private individual, but as with any reloaded rounds, use caution when buying this ammo.

Overall, this is a very popular ammunition choice for what it’s designed for – and it’s extremely satisfying to shoot. MPT is most often associated with Wolf Ammunition, as it was one of their “special use” bullet terms. Currently this bullet if only offered in 6.5 Grendel, so finding them at your local retailer might be a challenge.