Looking for Frangible ammo? See what we have in-stock: Frangible Ammo Search » 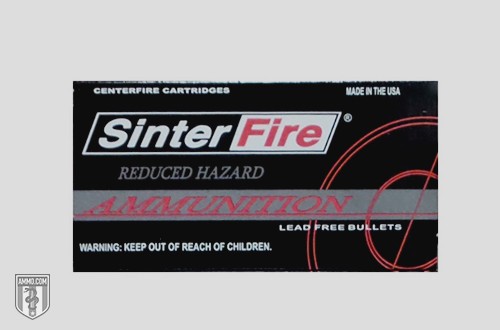 Frangible – the characteristic of breaking into tiny fragments – is a bullet that doesn't deform or expand like a hollow point, but instead shatters or disintegrates upon impact with the target. This target is anything harder than the bullet itself, which is usually made of composite materials that are pressed together with adhesives or formed under high pressure into a "solid" bullet shape. Frangible bullets are sometimes known as Advanced Energy Transfer rounds, or AETs, and the Glaser Safety Slug is by far the most recognizable name.

What is Frangible Ammo: Defense Use

The main draw for the frangible bullet is similar to what shooters like about hollow points. There’s always high demand for a bullet that won’t cause collateral damage or accidental injuries due to over-penetration – because these are bullets that break apart and fragment on impact. However, frangible projectiles can still go through a person and a wall, because the bullet will not always break apart and release energy inside of its intended target. The solution to the normal frangible is actually perfected in the Glaser Safety Slug, and other brands like the Mag Safe SWAT, that use a different style tip. Instead of metal, these use a polymer tip, making them much more likely to fragment and dispel the contents when striking a person or even an animal – and almost always if it hits a wall.

What Are Frangible Bullets: Training Use

Frangible ammunition has been used in training for SWAT and hostage rescue teams since the 1970s, because it provides one of the best ways to eliminate that over-penetration issue. When lives are on the line, it’s extremely important to avoid collateral damage – where even a slight error can land you in a lot of legal trouble. It’s fairly common for bystanders and even criminals to sue law enforcement personnel, or others authorized to carry a gun, if a shot hits them by accident. This type of round aims to lower this particular type of risk.

The civilian market has also found a use for frangible ammo in the training environment. When using steel targets in close-quarter training, the results with jacketed and lead bullets were usually unpleasant. Copper jackets turn into mini throwing stars, capable of some pretty nasty cuts. Enter frangible bullets, which can be used at extremely close range on steel targets, with virtually no chance of ricochet.

You can find frangible ammo in quite a few varieties, available for both pistols and rifles. However, you’re more likely to find the pistol ammo due to the frangible rifle round's performance inconsistencies from firing at such high velocity – including fragmenting early, jamming in the rifle or other issues.

While some frangible rounds are solid and will fragment as the composite in the bullet shatters, some like the Glaser are actually filled with #12 shot in the Blue line and #6 shot in the Silver line, giving you a more uniform impact and potential wound creation. Since this type of ammunition is made differently with each manufacturer, check different brands and ammo lines to see what specific type of frangible ammo will best meet your needs.