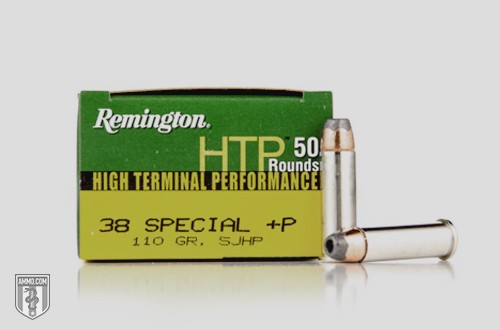 The semi-jacketed hollow point (SJHP) is a bullet designed to give you all the stopping power and expansion of a normal hollow point, but with more penetration. The partial jacket acts as a platform for creating a predictable and uniform mushrooming effect upon impact with a target.

This particular bullet type saw a lot of action in the 1970s and 1980s, with Remington’s “scalloped” line being one of the most popular among law enforcement personnel who favored revolvers. Some still use them today – if they carry a service revolver and this bullet type is allowed in their region.

Due to it not being produced by popular manufacturers as much anymore, many people buy it up when they find it – Remington, Fiocchi, and Magtech are the most easily found brands that still make SJHP ammo.

This bullet was designed for pretty much one use – self defense. You get more stopping power than a standard bullet due to the hollow point, and a nice amount of penetration to make sure the bullet doesn't lose velocity too quickly upon impact. As with any hollow point, when a target is hit, the nose mushrooms outward from the center, creating a larger-than-average wound cavity. This is to make sure threats are stopped with one single shot.

Overall, this is a popular bullet type for use in home-defense ammunition. Although it has lost some of its standing in the market over the past couple of decades due to new technology, many like the semi-jacketed hollow point for backyard shooting and pistol target shooting. Today it is most commonly found in revolver calibers such as .38 Special, .357 Magnum, and .44 Magnum.