Looking for soft point ammo? See what we have in-stock: SP Ammo Search » 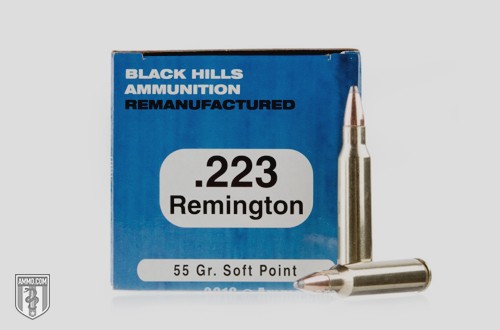 The soft point bullet is primarily used for hunting, with the deformation of the nose creating slower expansion and greater penetration than a hollow point of the same caliber. Naturally, there are times where this is very desirable – such as hunting big game in areas where hollow points are banned.

The biggest advantage, aside from the lever-action use, is that these are typically allowed in areas where hollow point bullets have been banned. This is as close as you’re going to get to hollow point performance on a soft target.

These don’t quite have the same stopping power of a hollow point, nor the penetration of an FMJ bullet, so they are a fairly niche round in some cases. Although, some manufacturers have special lines of soft point ammo that really shine – including Power Point and Core-Lockt bullets.

This is a pretty versatile bullet type, and it fares well in all applications, from plinking to hunting. A lot will depend on the weapon being used as well as why you’re using this type of bullet in the first place, but it's a fun bullet to shoot no matter the brand.