TMJ Ammo: What is TMJ Ammo? 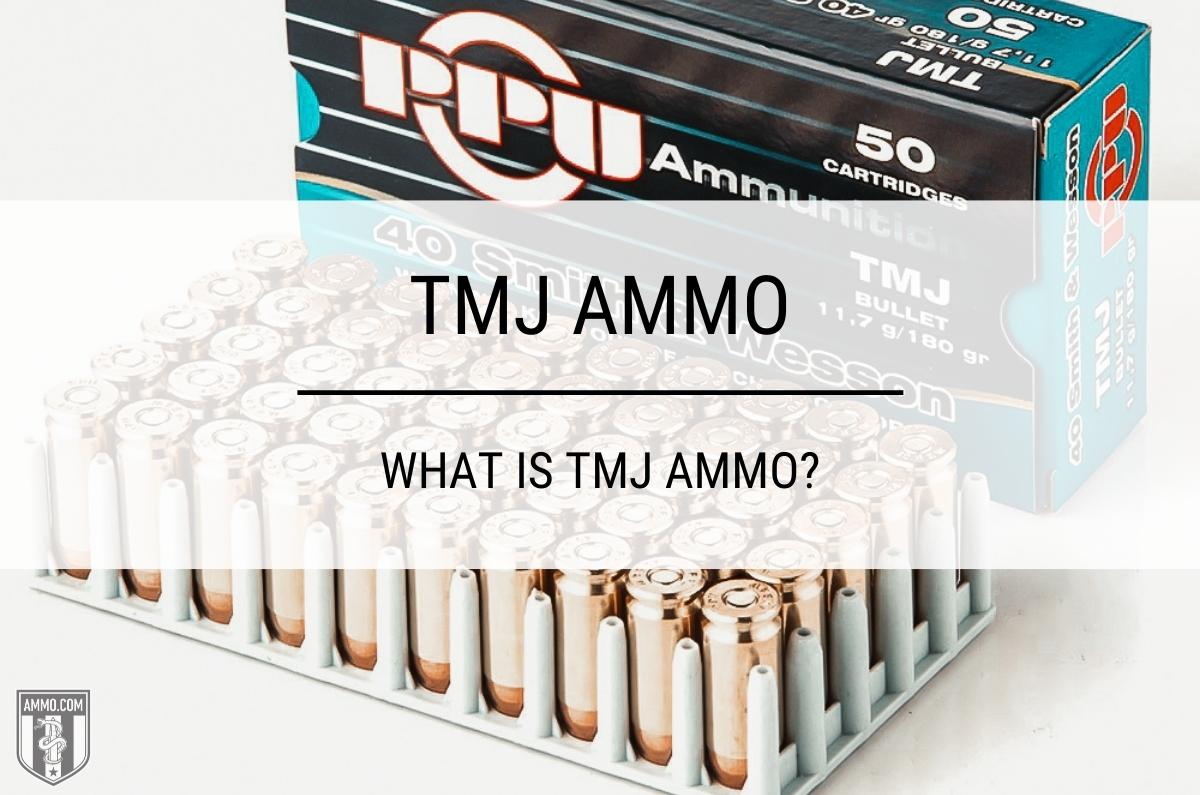 Total Metal Jacket bullets, or TMJ ammo, are a type of bullet that is completely encapsulated with a thin electroplated copper jacket. TMJ bullets do not have an exposed lead base, as the copper jacket covers the entire bullet. TMJ rounds were designed to reduce lead exposure at indoor shooting ranges.

A bullet with a total metal jacket (TMJ) is one that has a metal jacket, usually copper, that covers the entire bullet. These bullets often have a lead core, and the copper jacket is applied via a process called electroplating.

TMJ ammo was developed due to concerns over the amount of lead police officers were exposed to during winter training at indoor ranges while firing full metal jacket bullets (FMJ).

Why Use TMJ Bullets?

The primary reason why shooters use total metal jacket bullets is to reduce their amount of lead exposure experienced while enjoying their 2A Rights.

For over a century, full metal jacket bullets have been the go-to ammo of choice for target shooting due to their lower cost per round. However, FMJ bullets have a small amount of lead exposed at the base of the bullet as the FMJ’s jacket does not cover the entire bullet.

When a FMJ round is fired, the burning of the smokeless powder is hot enough to vaporize a small amount of lead on the exposed base of the bullet. This vaporized lead exits the barrel and can be inhaled by the shooter. 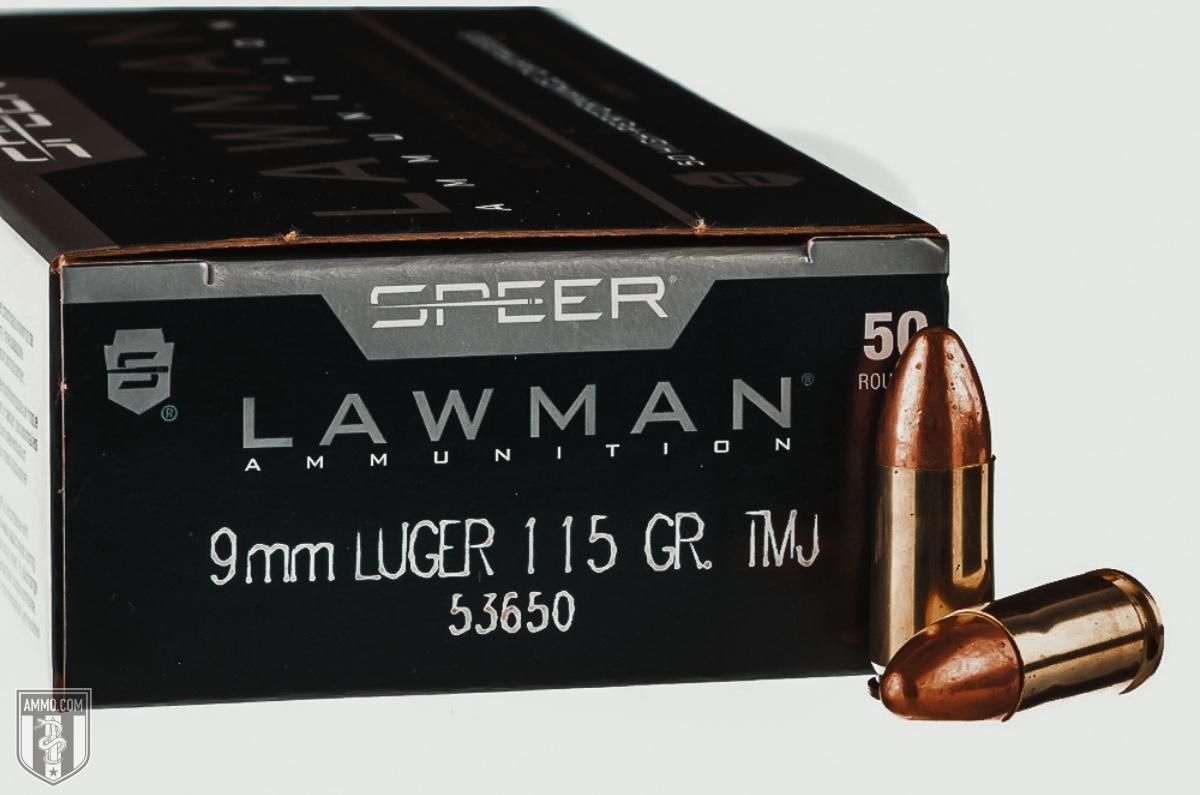 Total metal jacket ammo eliminates this issue as it has a completely enclosed base as no part of the lead bullet is exposed to the environment.

Multiple ammo manufacturers offer TMJ bullets. The first factory TMJ rounds were Speer Lawman in response to concerns from law enforcement. Blazer by CCI quickly followed suit and now most all ammo producers have some types of ammunition that fire TMJ bullets.

It should be noted that the topic of lead inhalation while shooting is a highly debated topic. There is no concrete data that quantifies how much FMJ ammo needs to be fired to create dangerous levels of lead exposure while shooting indoors.

When shooting outdoors, the air dissipates vaporized lead to the point where it is negligible.

Although lead poising is more common in small children, side effects of lead poising in adults include elevated blood pressure, muscle and joint pain, headaches, and (more terrifying) low or abnormal sperm counts in men. Here at Ammo.com, we advocated keeping your mags loaded with live rounds and don’t want you shooting blanks!

However, the last thing any shooter wants to deal with is lead chelation therapy. As a TMJ bullet has a completely enclosed base, many indoor ranges require their use to minimize lead inhalation and lead dust on the range floors. This, along with lead abatement systems in indoor ranges, make shooting indoors cleaner and safer. Cases of health issues arising from FMJ ammunition are rare, but if you shoot at indoor ranges a lot using TMJ ammo might be a good precaution to take. 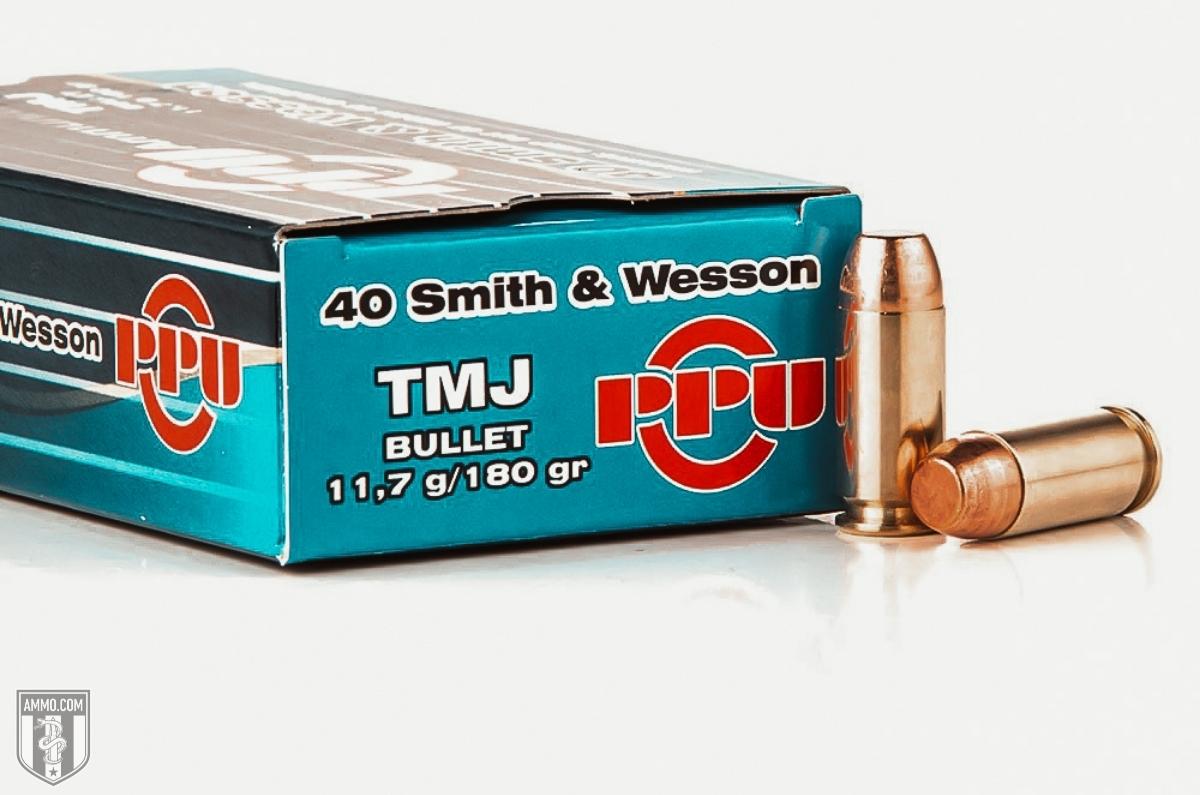 As TMJ bullets have an enclosed base, there will often be little to no lead fouling left in your barrel after a long shooting session. Lead fouling is a pain to remove, and as there will be no vaporized lead to deposit in the barrel, cleaning your handgun or rifle after shooting TMJ ammo should be a breeze.

Some shooters report TMJ rounds being more accurate and having more consistent muzzle velocities (FPS) than other types of ammunition as the base of the bullet on TMJ ammo is completely uniform. This provides the gunpowder a flat surface to push on, allowing for more shot-to-shot consistency.

One downside to TMJ bullets is that the copper jacket is relatively thin compared to other bullet options. This means there is the potential for copper to be sheared off the bullet when firing a handgun or rifle with a ported barrel or compensator. When using firearms with these accessories, it is advisable to use JHP or FMJ bullets.

TMJ For Self Defense?

TMJ rounds are for target shooting only and should not be used for self-defense.

TMJ bullets are not designed to expand, deform, or cavitate when they enter a target. They are normally round nose bullets designed for punching holes in paper. These types of bullets will often pass through a bad guy, potentially striking an innocent bystander.

Jacketed Hollow Point (JHP) bullets should always be loaded in your self-defense handgun as JHP ammo is designed to expand when it encounters tissue, causing additional damage and slowing the bullet down. This means the JHP bullet is more likely to remain inside the target and not over penetrate. 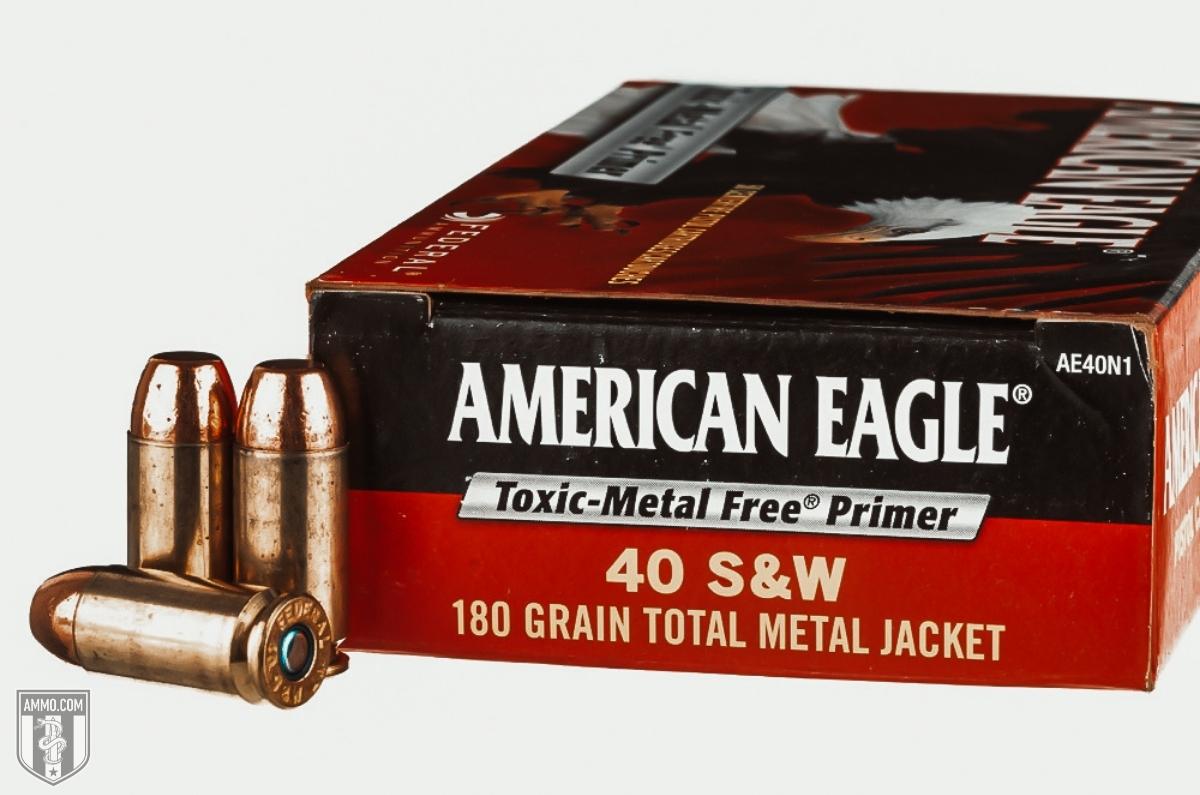 TMJ bullets are available for reloading in a variety of calibers and bullet weights for pistol and rifle rounds like the 9mm, 45 ACP, 223 Rem, and 308 Winchester. As a TMJ bullet has no exposed lead, it helps keep your personal lead exposure to a minimum and makes for cleaner shooting bullets.

Total metal jacket, or TMJ ammo, is very good for target shooting and was developed to reduce lead exposure at indoor ranges. It typically will leave less fowling in the barrel compared to FMJ ammo as TMJ bullets have an enclosed base.

If you shoot infrequently or only during hunting season, there is no pressing need to select a lead-free cartridge as you aren’t going through enough ammo for it to matter. However, if you prefer using indoor ranges or are a competition shooter, then TMJ bullets might be a good long-term investment. Regardless of which bullet type you choose, make sure you get all your ammo here at Ammo.com and flex those 2A Rights!