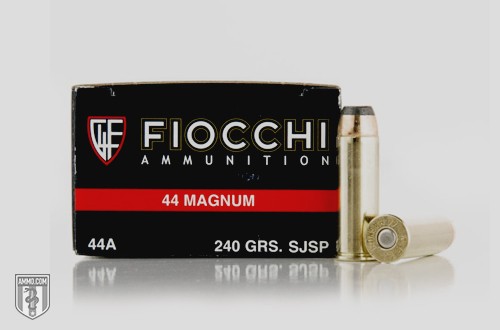 The semi-jacketed soft point (SJSP) is another hollow point alternative bullet – with an exposed lead soft point that gives very reliable expansion on impact, along with deeper penetration than your average hollow point.

You can usually find the semi-jacketed soft point with a copper jacket of various lengths and thickness to go with a lead core. Some manufacturers have this bullet in use with different materials, with a “lead-like” tip or other specialized components, so they can be used in regions where lead is banned. This particular bullet can be used for home defense, but you can also find them in rifle calibers for hunting.

This bullet can be used in most any application – home defense, big game hunting, target shooting, varmint control and more. Where an FMJ bullet is designed to retain its shape, this one is designed to deform and provide greater energy transference. That soft point can be in many different shapes, but the end result will always be the same – to flatten, tumble and cause a massive wound often twice as round as the bullet itself. It’s common for an SJSP bullet to bounce around inside a ribcage, guaranteeing even the most thick-skinned creature goes down fast.

SJSP ammo is a great choice, because it can perform well in almost any situation. Although it does not stand out in any one particular area, it does well in virtually all of them. The only real downside is that there is usually lead used in this bullet, but some alternatives are available that swap lead for a non-toxic material. If you have a cache of ammo, you’re going to want quite a few boxes of SJSP in there to round things out and give you a great, all-in-one shot.