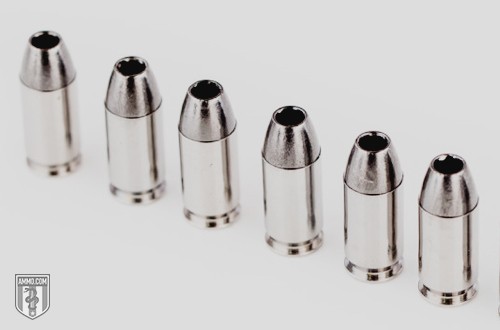 The solid copper hollow point bullet (SCHP) can be used in both rifle and pistol ammunition. All-copper pistol bullets have the familiar large hollow opening at the end, but rifle versions have a wider range of options. The different types of rifle ammo are for different sized game, and the hollow point in copper can expand in a variety of useful ways, depending on the intended target. A deer-hunting ammo, for example, will be much different than a varmint ammo.

Solid copper hollow points can be used in most places that have gone “lead-free,” including ranges and hunting areas. There are several manufacturers of SCHP bullets, with Magtech and Barnes being the most well known.

As mentioned above, the versatility of the SCHP knows few bounds. Many of us first encountered it when plinking .22s as youngsters, and probably again when we got our hands on a revolver. The one area this ammo isn’t tremendously popular, however, is with automatic pistols.