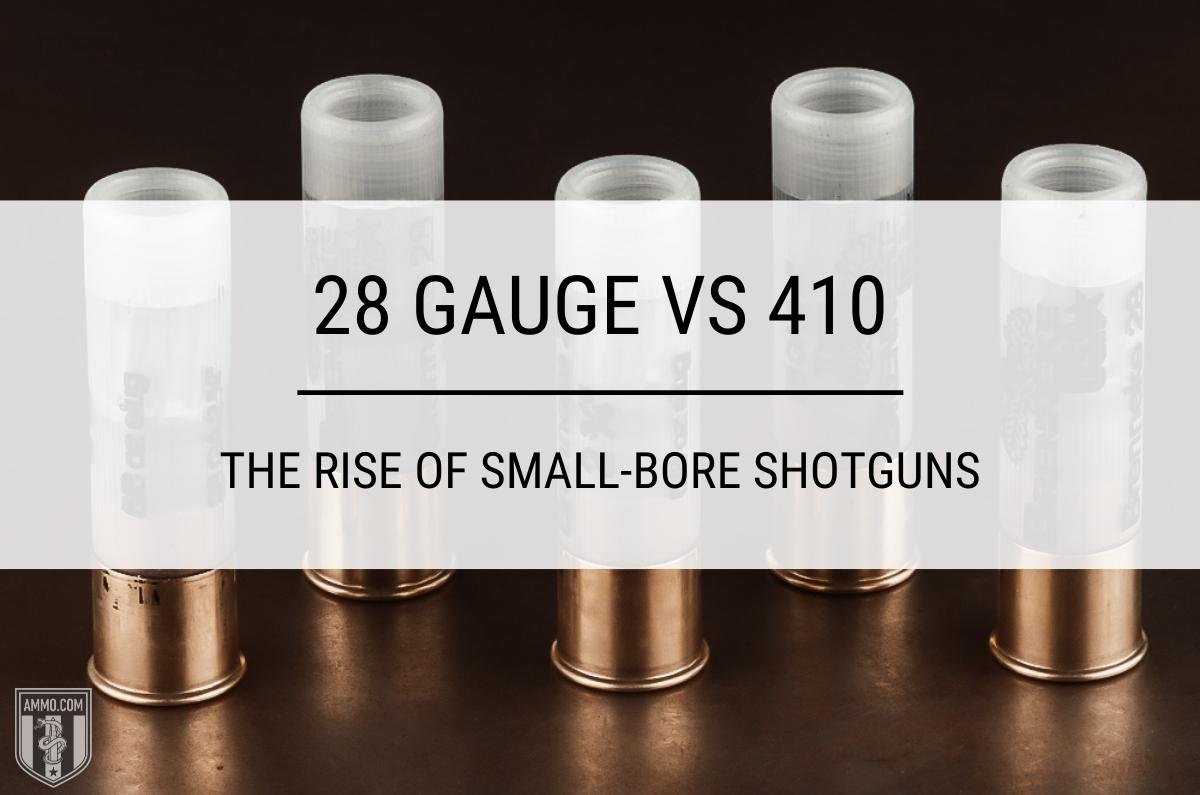 It wasn't that long ago that everyone swore by "the bigger, the better" when it came to shotguns.

However, with a few recent introductions, small-bore shotguns are generating a lot of attention from shooters and hunters, who initially dismissed them.

Keep scrolling to find out what the buzz is about and if you should hop on this bandwagon!

Not too long ago, these shotguns were dismissed as only suitable for teaching beginners and children gun safety and how to shoot.

That assumption is now changing with the introduction of TSS shotshells.

The heavy-hitting TSS has many turkey hunters singing the praises of small-bore shotguns.

I think partly because of nostalgia since most; myself included, grew up chasing rabbits and other small game animals with a .410 in hand.

It's only natural for humans to want to relive the past; this is the closest we can get!

Which one is best for reliving the past?

There is a noticeable difference between the .410 and the 28 gauge.

The first is the bore diameter, which is where the .410 gets its name.

The Sporting Arms and Ammunition Manufacturers' Institute (SAAMI) standards for the bore diameter of a 28 gauge shotgun is 0.545". While the 410 is, you guessed it, 0.410".

The shot size will vary, with each gauge having multiple options primarily on the small end of the spectrum, 6, 7 1/2, 8, and 9.

Turkey hunters use copper-plated lead or TSS because they're harder hitting than other shot types.

The number of pellets differs depending on shot size, shell length, and shell diameter, so we can't get an equal comparison. Generally speaking, the 28 gauge will have a larger capacity.

However, since the .410 generally offers longer shells, the capacities are similar.

These guns are so popular for teaching children the basics of gun handling and safety because they have less recoil than larger gauges.

My first shotgun was a single-shot .410 because it was a gun I could handle with low recoil.

The 28 gauge also has minimal recoil because the shells aren't much larger than .410 shells, so ammo makers can't put much more powder or pellets into the shells, which would increase their power and recoil.

Either gauge is an excellent choice for anyone who is recoil adverse because the guns are often lightweight, and most loads have light recoil.

The winner, by a slight margin, is the .410 because it has less felt recoil due to the light loads.

We can't think of shotgun accuracy the same way we think of rifle or pistol accuracy since a shotgun fires many projectiles simultaneously instead of one. 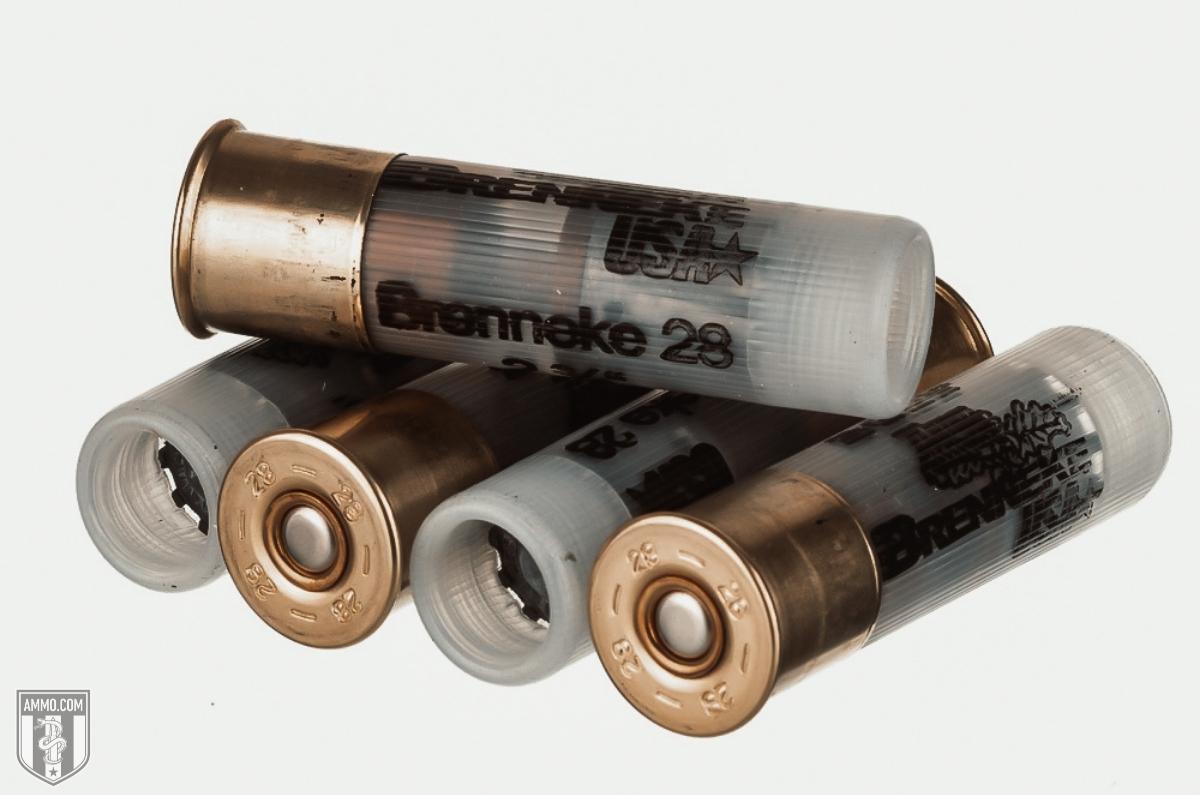 A small-bore shotgun requires the shooter to be more accurate than a large-bore shotgun because there are fewer pellets per shell.

If we compare these gauges to the 12 gauge vs. 20 gauge, one might conclude the 12 and 20 gauges are more accurate because there's more potential for hitting the target.

The difference between 410 and 20 gauge guns is very noticeable.

However, the shot capacities of the 28 gauge shells and .410 shells are so similar most shooters won't notice much of a difference.

This category is a toss-up. Neither one stands out as being more accurate.

While stopping power is a relative term, some argue it doesn't matter.

I believe it does to a point.

The larger the projectile, the more stopping power it will have, most of the time.

The amount of powder in the shell will be another factor in determining stopping power, so the shell length and diameter play a role. 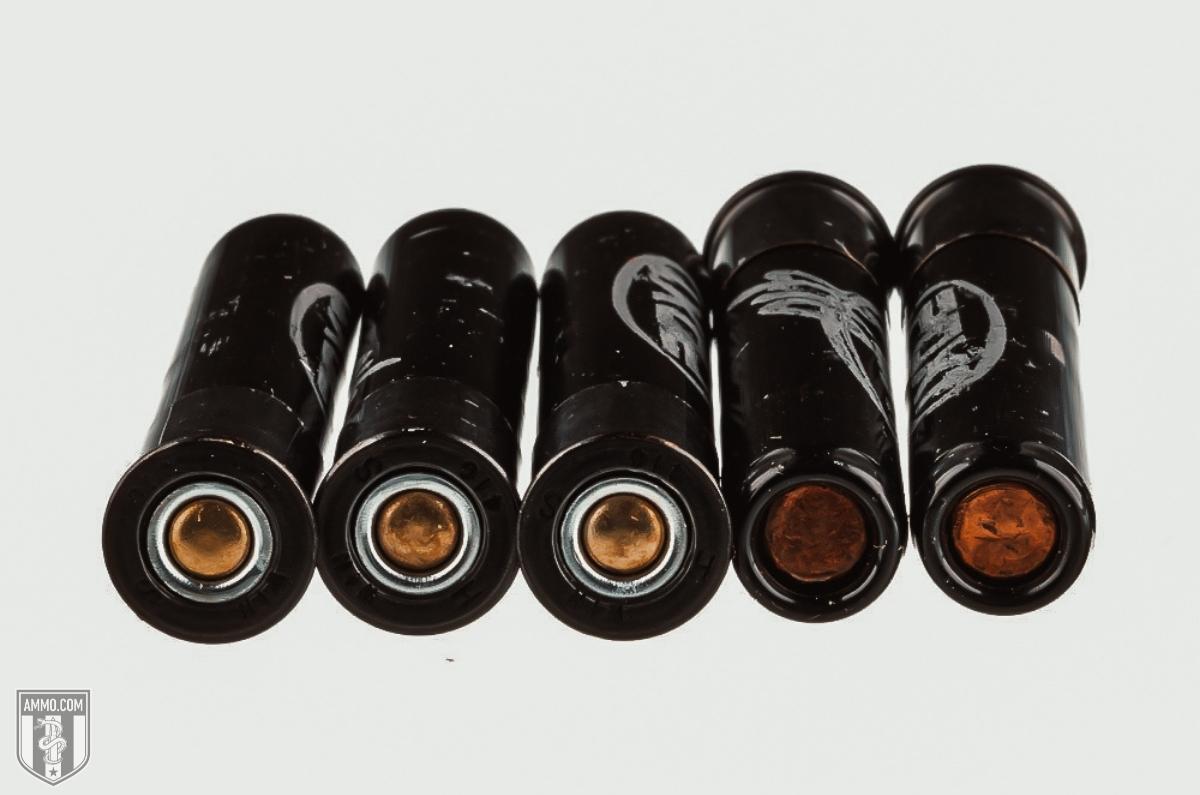 We must consider the shot type because different materials penetrate better than others.

I give the 28 gauge the slight advantage over the 410 here because it is more powerful, but neither gauge is known for its stopping power.

Shotguns excel in bird hunting, and larger gauges are used for hunting deer using buckshot or slugs, but the 28 gauge and 410 are not commonly used to harvest deer.

However, they are beloved by many for skeet shooting, upland hunting, and rabbit hunting.

These small gauge loads for sporting clays offer more of a challenge because the shooter must be more accurate due to the fewer lead balls in the target load shells.

Upland game birds like grouse, pheasant, and quail have thin skin, so it doesn't require much stopping power to harvest them.

Lead shot is most often used for hunting upland birds because it's cheap and effective. However, some areas require non-toxic loads, so check the hunting regulations before heading out.

In recent years, turkey hunters have expressed a growing interest in smaller gauges because TSS can easily take down a turkey with 410 or 28 gauge shells.

Both calibers offer the capabilities to hunt the same variety of species, so that I won't give the advantage to either one.

As far as hunting goes, these gauges are eerily similar. 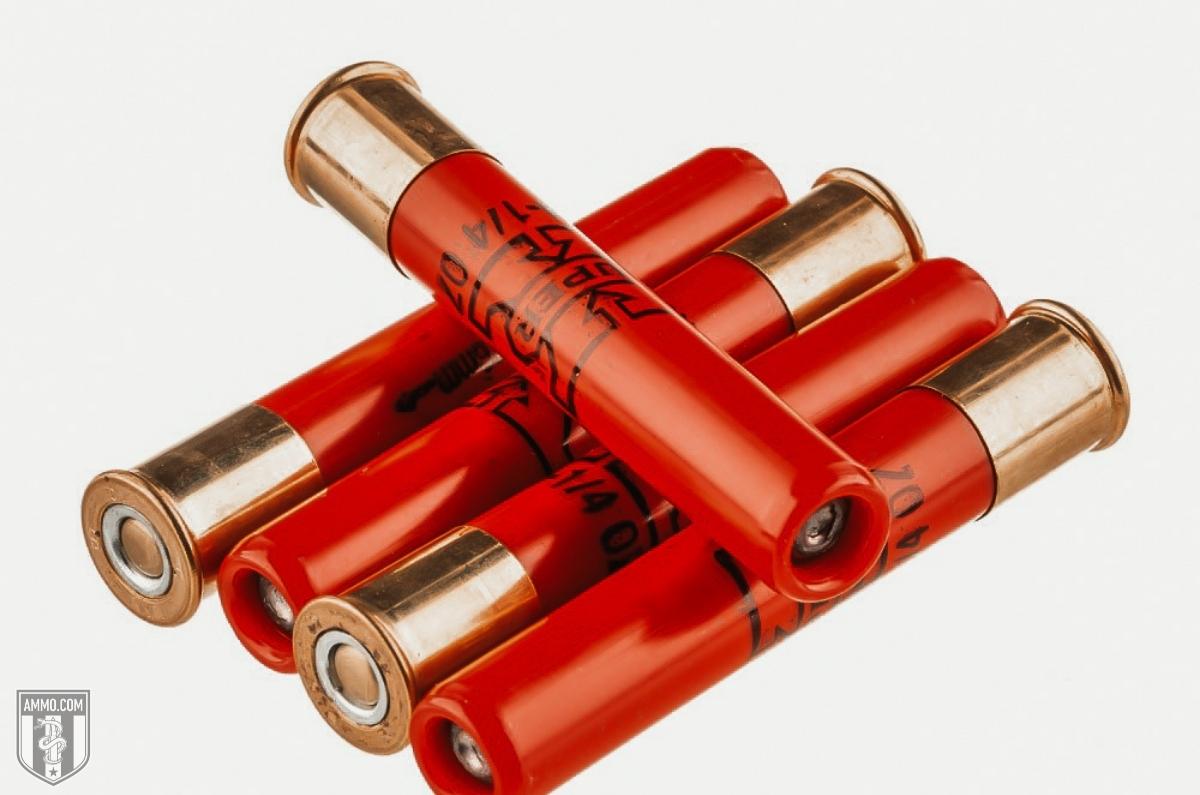 Shotguns are incredibly versatile, they're fun to shoot at clays and hunt with, and they're the best home defense firearm, in my opinion.

I believe they're the best home defense weapon because they're unlikely to penetrate walls, semi-auto shotguns can have a high capacity, they're easy to reload, and you don't have to be as accurate because of the increased number of projectiles.

That being said, I wouldn't recommend either of these gauges as a primary home defense gun because of their lack of power.

A much better option would be a 20 gauge or 12 gauge because of their increased stopping power and the number of projectiles.

Larger gauges also offer the option for buckshot or larger shot size, which is ideal for home defense.

However, if all you have is a .410 or 28 gauge shotgun, then, by all means, use them to defend yourself and your family.

This category is a tie.

Until recently, neither of these rounds would have been considered for concealed carry because they were only offered in long guns.

That changed when Taurus and Smith & Wesson made revolvers chambered for 410 shells.

410 slugs are becoming more common, a much better self-defense round than bird shot.

However, I wouldn't recommend using this round as your primary carry weapon because it's only offered in revolvers. Hence, you're very limited on capacity, and there are better options like a .45 or 9mm.

This section goes to the 410 because the 28 gauge only comes in a long gun which isn't suitable for concealed carry. 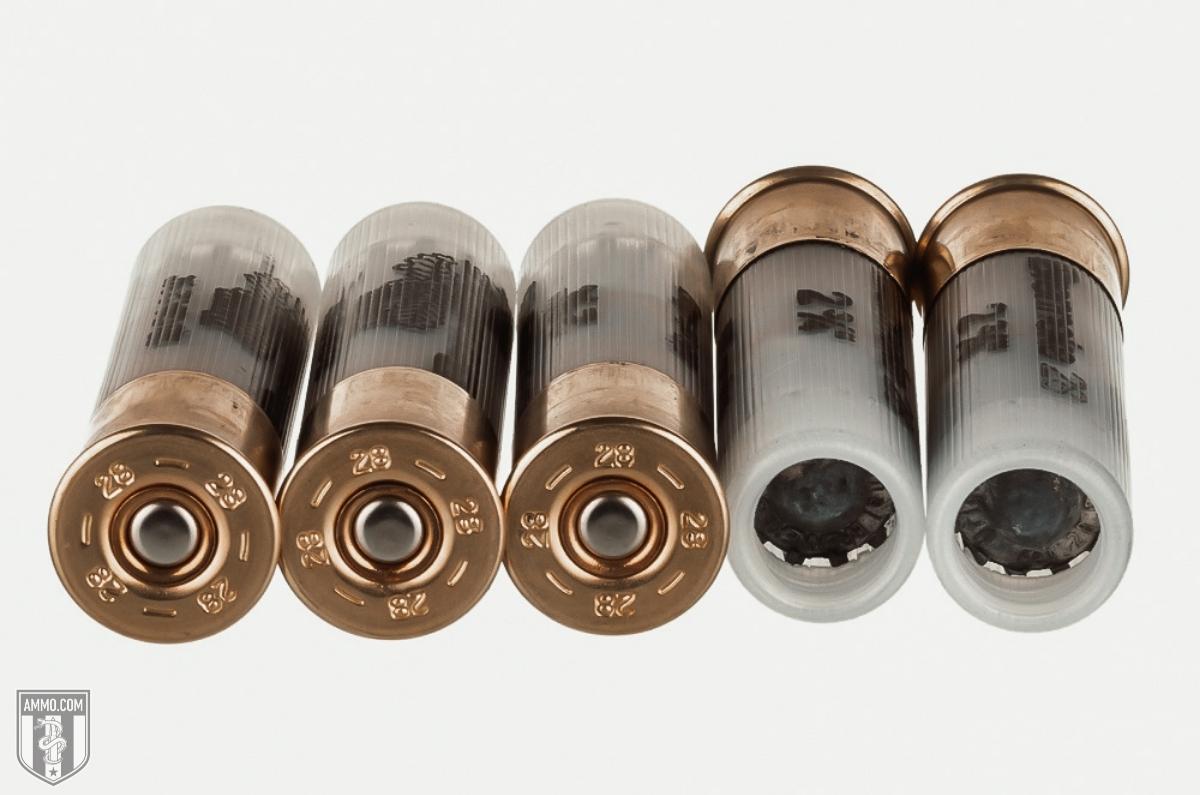 The biggest drawback to either of these gauges is the price and abundance of ammo.

28 gauge ammo is not common. I'm not sure if I've ever seen it on a shelf at a sporting goods store but be sure to check Ammo.com because we carry it!

There are ways to get ammo for your 28ga shotgun but don't expect it to be as cheap or abundant as 20ga or 12ga ammo.

In my experience, 410 ammo is more common. I've purchased it several times from a sporting goods store, and it's available on Ammo.com.

Just because it's available doesn't mean it's cheap. 410 shells are some of the most expensive shells I've ever purchased.

Per round, they can cost you $8.00 for Remington Premier TSS. However, a Hornady slug will cost much less at $2.75 per round. And target loads are still cheaper but not like 12ga or 20ga ammo.

12-gauge target loads start at $0.50 per round, and you have many more buying options.

As I said, ammo price and availability are one of the biggest cons to these small-bore shotguns.

This category is a tie because of the crazy high prices and lack of options.

Gun cost and availability are where the 410 slightly separates itself from the 28ga. The 410 is a relatively inexpensive firearm. 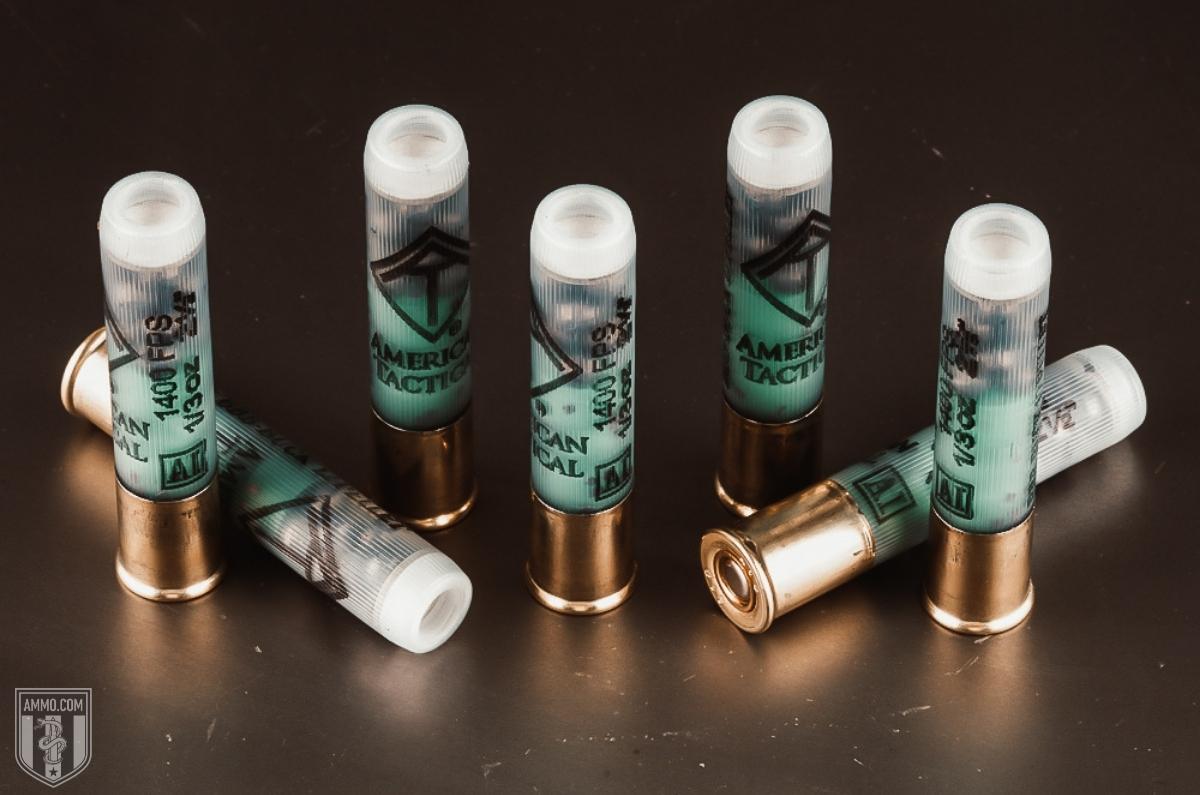 More manufacturers make 410 shotguns than 28ga firearms, so you'll have a better selection of the type and brand of shotgun you prefer.

One of my favorite 410s is the Henry Lever Action X-Model because it brings out my inner child and reminds me of playing cowboys.

On average 28ga shotguns are slightly more expensive and less available, which is why the 410 wins this category.

Reloading ammo is an excellent way to save money and a good way to get kids interested in firearms and ammunition in general.

Most of the time, reloading shotgun shells won't save much money. However, since these rounds are so expensive, reloading is an excellent option for saving money on factory ammo.

A few words of precaution, shells can only be reloaded a few times before they're unusable, which is the case with brass, and shotshells require a special reloading press.

To my knowledge, there are not any presses that will reload pistol, rifle, and shotgun ammo because of the unique requirements of the shotgun hulls.

I know many turkey hunters who handload their 410 and 28ga rounds to get the maximum effectiveness from these smaller gauges.

This category is also a tie because both can easily be reloaded at a similar cost. 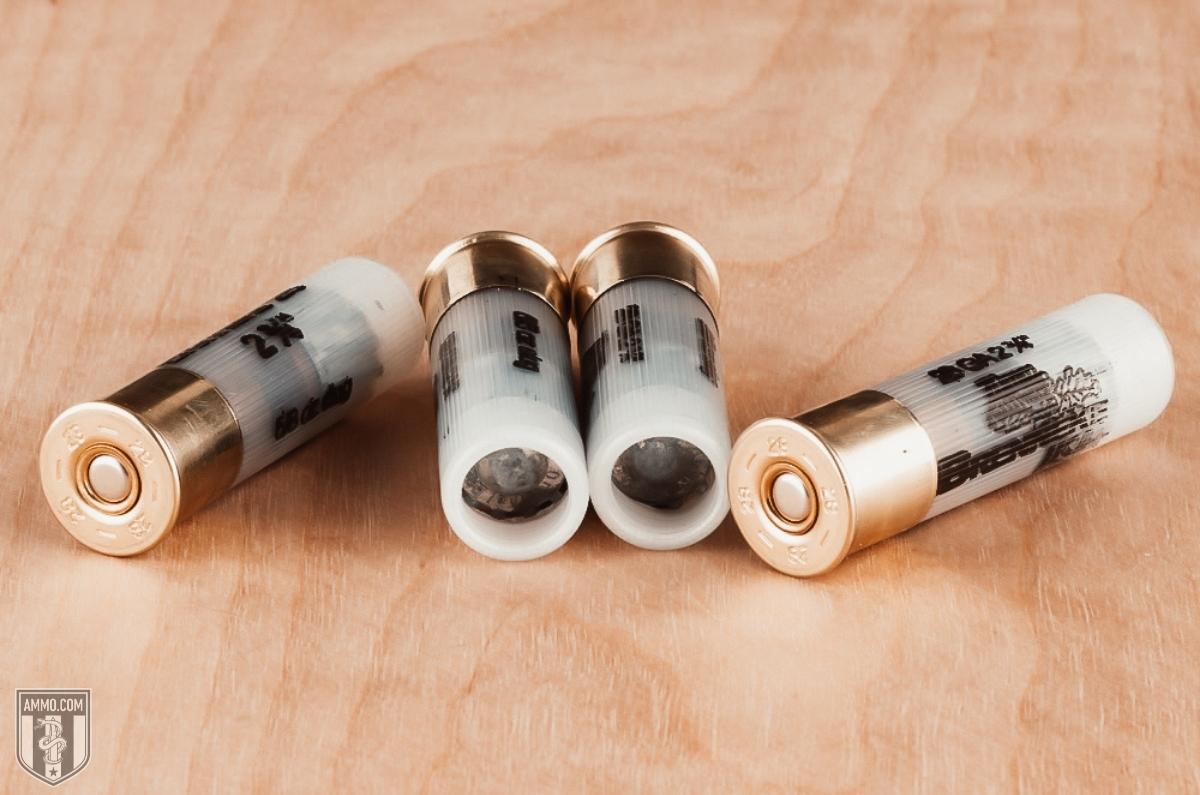 The ballistics of these small-bore shotguns are similar, but you'll notice a few differences in velocity.

The 410 typically has a higher velocity because it shoots lighter loads than the 28 gauge.

Feel free to check it out in the ballistic tables below created by the team at Ammo.com.

Shortly after that, Remington came out with a 28 gauge single-shot Model 1893 Rider No. 9.

In 1937, Winchester jumped on board with a 28ga version of its Model 12 pump action. 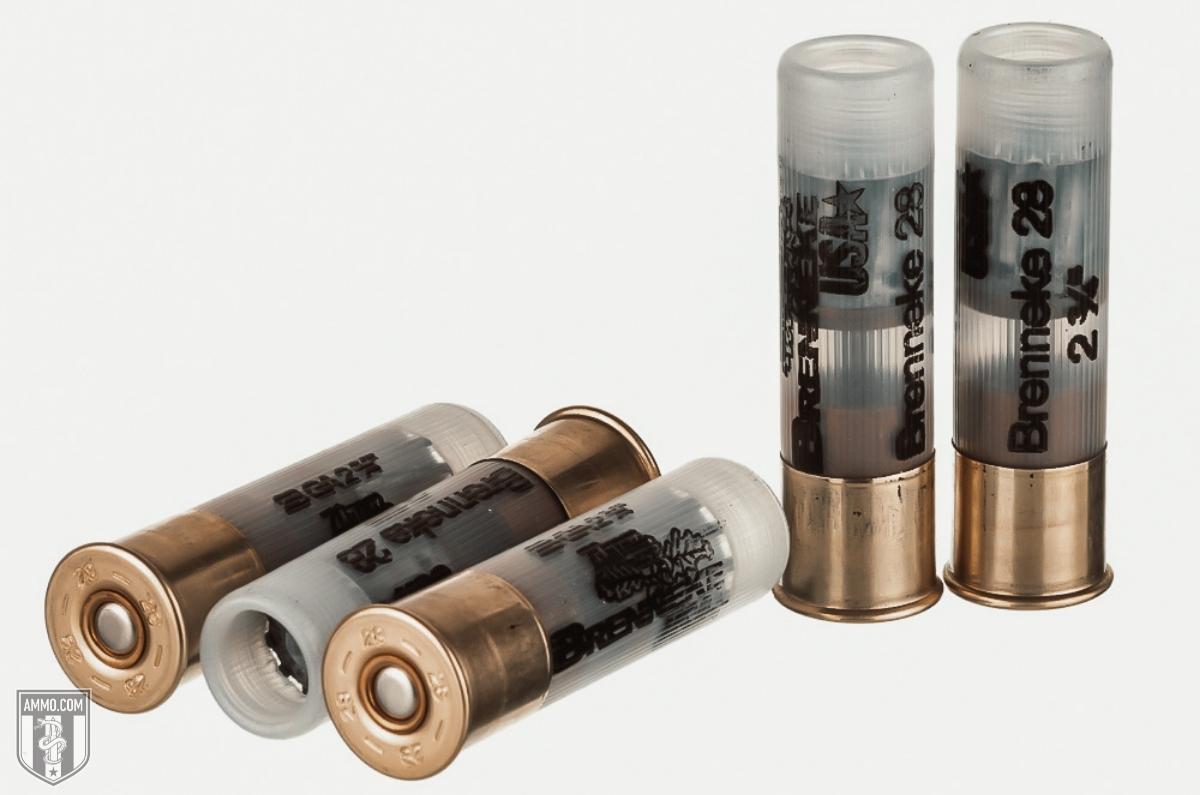 Since then, many others have manufactured 28 gauge shotguns, some of the most famous being the-.

Though it's not as popular as the 12ga or 20ga, it's beloved by many in the upland game hunting community.

The modern centerfire 410 first appeared in the Eley brothers catalog in 1874.

The .410 began to gain popularity in the U.S. around 1915 when the Harrington & Richardson company became the first to produce this shotshell for single-shot long guns.

In 1933, Winchester introduced a three-inch shell for the .410, which made other manufacturers get on board with this cartridge.

Since then, the major firearms manufacturers have made shotguns chambered in 410.

The primary uses have been introducing new and young shooters to shotguns and varmint control.

In recent years the 410 has made a name for itself as a viable self-defense option in some revolvers like the Taurus Judge and the Smith & Wesson Governor. 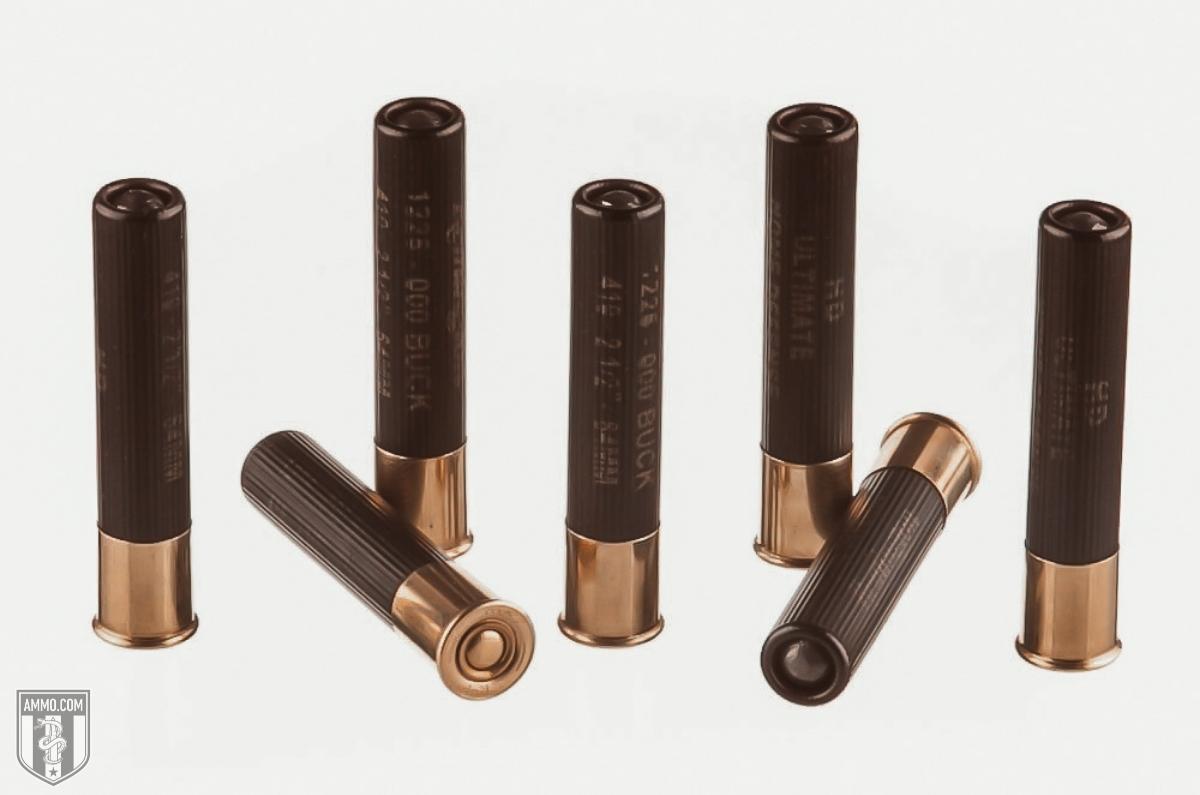 If you've learned anything, you should understand that when comparing the 28 gauge vs 410, they are similar.

This means in 5/9 sections, these gauges are tied, which is why I believe they're more alike than different.

If you're looking to purchase a backup concealed carry, the 410 is the best choice.

The 28 gauge will be the better option if you want the most stopping power.

Both are great for experienced upland game hunters who want to challenge themselves.