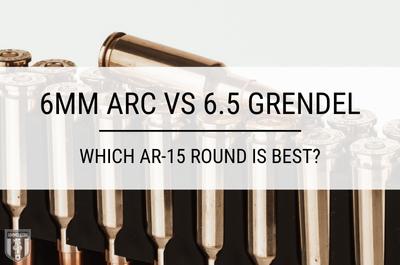 The 6mm ARC vs 6.5 Grendel is worthy of debate since both cartridges have the same parent cartridge.

Both were designed for the AR-15 platform for similar reasons, so which one does the job the best?

Honestly, it boils down to your intended purpose.

These two rounds are incredibly similar, so does it matter which one you choose?

However, each caliber has its purpose, so we will break down which caliber is best overall, but we will also give you the circumstances when one is more beneficial than the other.

The 6mm ARC and the 6.5 Grendel originate from the .220 Russian, so there is very little difference.

At a glance, experienced shooters will have difficulty initially telling the rounds apart.

The overall length of the rounds is the same at 2.26 inches.

From looking at the rounds, you could guess they have very similar recoil.

Felt recoil depends on many factors, including the gun's weight, bullet weight, and shooter.

Neither round is known for high felt recoil, but the 6mm ARC doesn't pack as much punch as the 6.5 Grendel, which has 9-foot-pounds of recoil due to the lower case capacity.

This is because it holds slightly less powder and fires smaller projectiles.

The 6mm ARC has a slight advantage for recoil and is an excellent choice to introduce individuals to firearms apprehensive of guns because of recoil concerns. 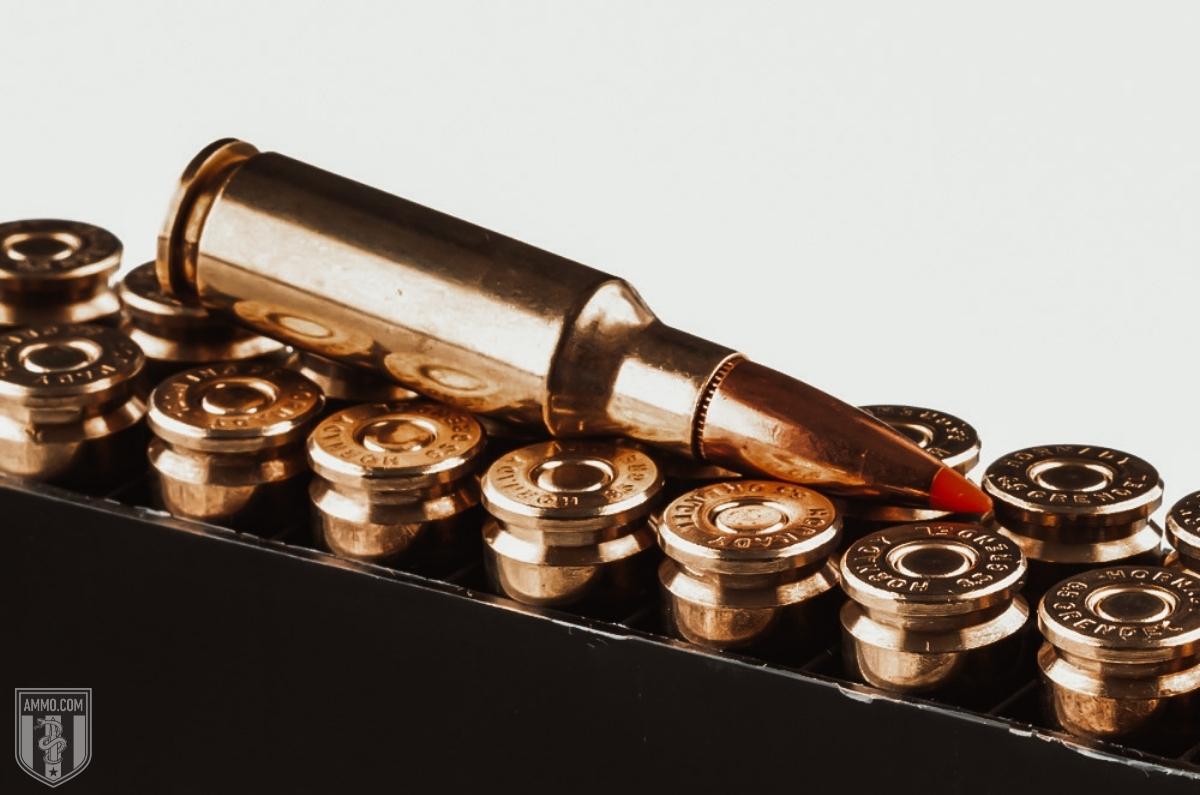 The trajectory is the bullet's path to the target.

As shooters, we prefer a flat-shooting round over ammunition that requires us to adjust for bullet drop.

That's why 6mm bullets are so popular amongst medium-range to long-range shooters. They're known to be flat-shooting bullets.

The bullet drop for the 6.5 Grendel is slightly greater because it's a larger bullet. However, 25.3 inches of drop at 400yds is by no means terrible.

The bullet drop difference will be exponentially more significant as we extend the distance. However, both rounds are excellent long-range rounds.

By a narrow margin, the winner is the 6mm ARC.

Accuracy is defined as how close the bullet hits the target compared to where the shooter aims.

While the bullet does affect accuracy, it also largely depends on the shooter, rifle, barrel length, and optics.

The 6mm ARC and 6.5 Grendel calibers are so similar that I seriously doubt you'll see a difference in accuracy if you're using comparable rounds, rifles, and optics, meaning the same brand of powder, guns, and optics, similar bullet weights, and projectile types.

This category is a tie.

Since it will vary depending on the shooter, some people are more accurate with a lighter recoil firearm, while others aren't as bothered by the recoil and can be as accurate with both. 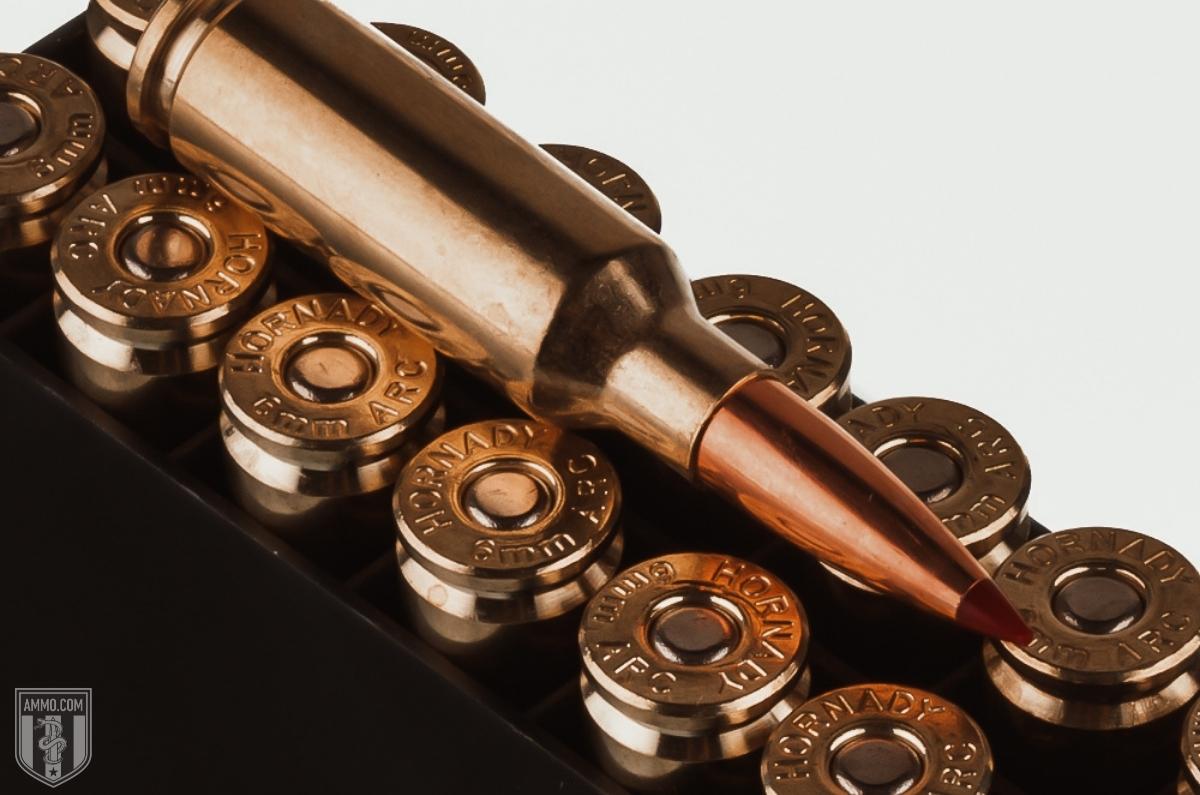 The ballistic coefficient (BC) measures how well a bullet resists wind drift and air resistance.

Put another way; it’s a numerical representation of the aerodynamics of the bullet.

A high BC is preferred since it means the bullet will resist the wind more.

Generally, a heavier grain bullet will have a higher ballistic coefficient as it takes greater force to disrupt a heavier bullet than a lighter projectile.

The ballistic coefficient varies from bullet to bullet based on design (aerodynamics), weight, and other factors.

We would assume the 6.5 Grendel has a higher BC since it tends to have heavier bullets; however, the 6mm ARC typically has a higher ballistic coefficient because of its greater velocity and more aerodynamic bullet.

The winner is clear; the more aerodynamic 6mm ARC has a higher ballistic coefficient despite having lighter bullets. 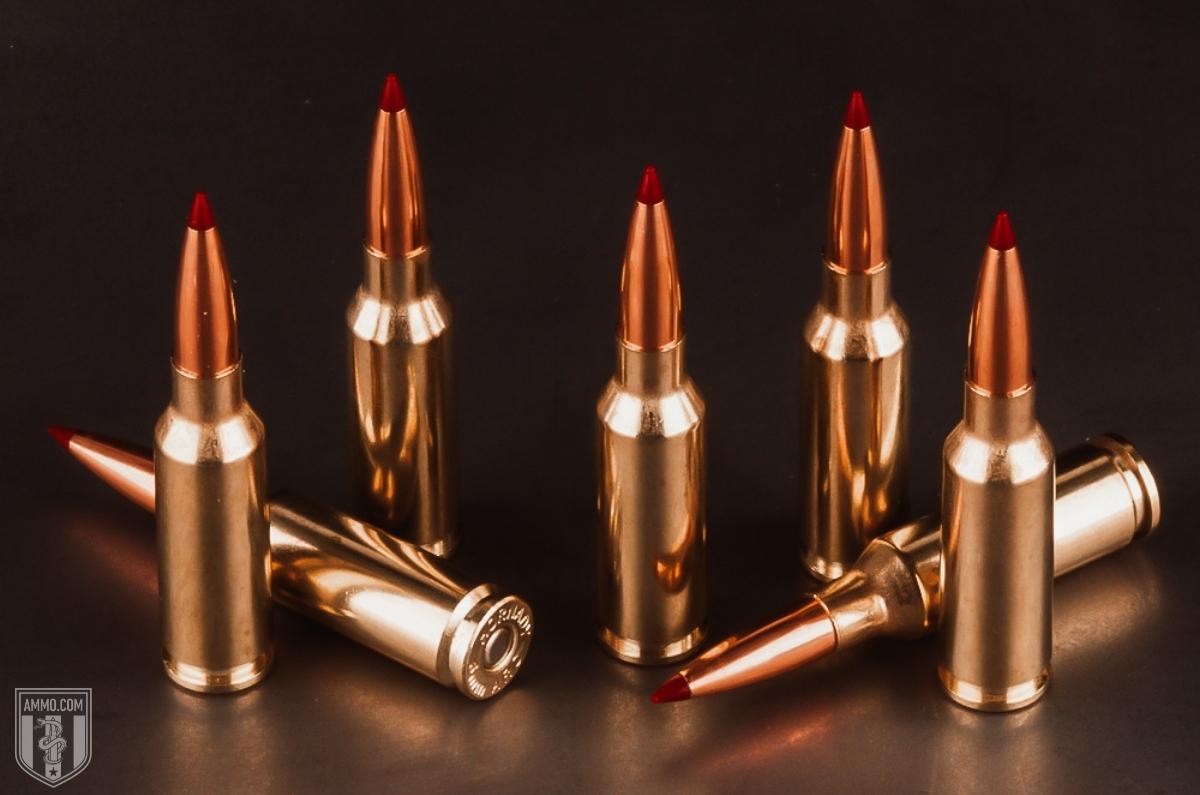 Stopping power can be spoken of in terms of Sectional Density (SD), the measure of bullet penetration.

Stopping power is crucial when hunting big-game and medium-sized game since you'll need a bullet that can punch through thick hide, bone, and sinew to make a quick ethical harvest.

The higher the SD, the deeper the bullet will penetrate the target.

This is a simplified view of penetration as there are other factors to consider, such as bullet expansion and velocity.

For this comparison to truly be accurate, we should use bullets that weigh the same. We can't, but we have the information that will give you a fair idea.

As expected, the sectional density ultimately comes down to bullet selection and velocity.

The higher velocity of the 6mm ARC means it will tend to have a higher SD. The SD is virtually the same when comparing similar rounds and isn't a significant concern for the average shooter. 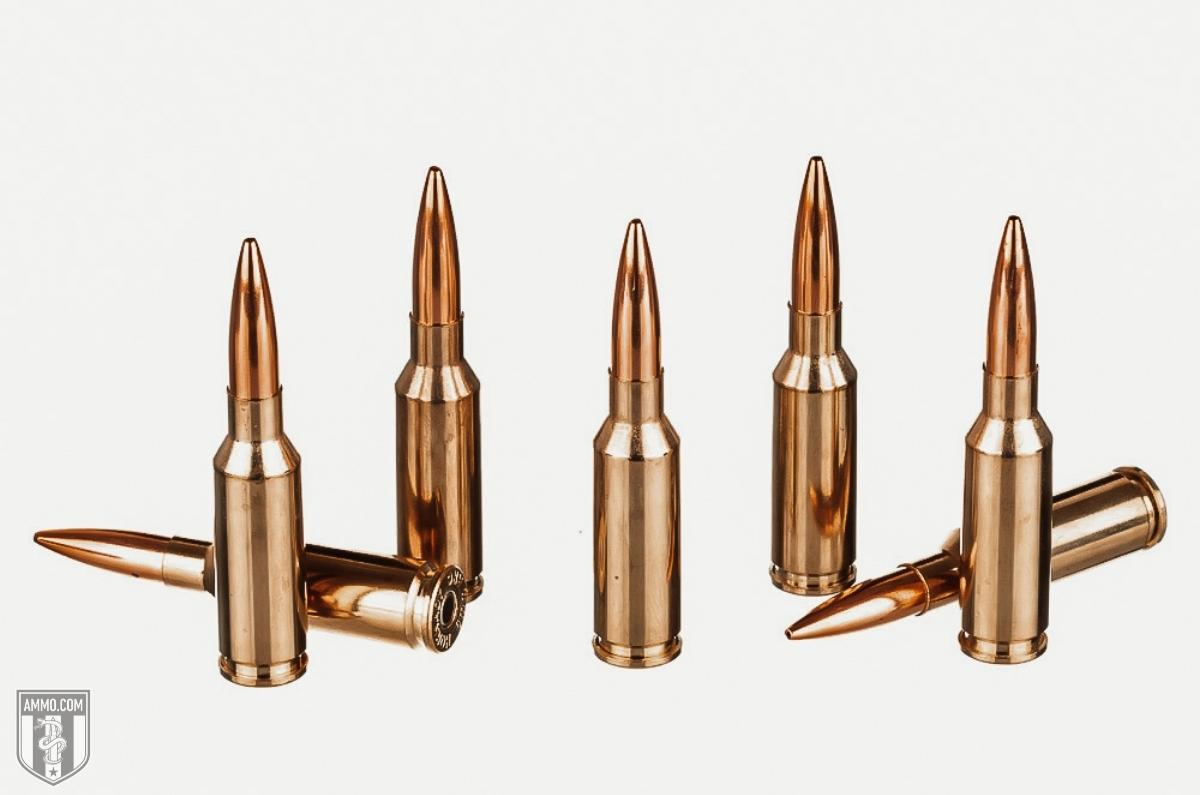 While the 6.5 Grendel and 6mm ARC are similar, hunting is where you'll see one of the most remarkable differences between the two rounds.

The lighter bullets of the 6mm ARC make it an ideal cartridge for varmints and predators like coyotes because it's decently fast and flat, shooting at long distances. It's also capable of taking deer and other medium-game.

However, it's not recommended to hunt a larger animal than a deer at any considerable distance with the 6mm ARC because it doesn't have the necessary bullet weight to make an ethical kill.

Within 100 yards, it could take down an elk or wild hog at close range, but if it were me, I would prefer to hunt anything larger than a deer with the 6.5 Grendel.

The 6.5 Grendel has more options for heavier bullets which pack a better punch for big-game hunting but are overkill when hunting varmints.

When choosing between these calibers for hunting, it's determined by the size of the animal you plan to hunt.

The 6.5 Grendel is best for medium and large game animals like deer, elk, moose, bear, and caribou.

For self-defense when venturing through bear country, the 6.5 Grendel should be your go-to instead of the 6mm ARC.

However, I don't recommend either round for home defense and self-defense in an urban area.

Both calibers are intended as rifle ammunition, and rifles are not the best Everyday Carry (EDC) weapon, especially concealed carry.

These calibers are also too likely to penetrate walls and strike innocent bystanders.

Instead, a pistol chambered in .45 ACP or 9mm is an excellent EDC weapon, and a 12 gauge or 20 gauge shotgun is much better for home defense situations.

For an SHTF scenario, either caliber would be ideal because they are designed for the versatile AR-15 platform.

This means you can easily carry lots of ammo in easy-to-access magazines and quickly and accurately send rounds down range when needed.

This category is also a tie. 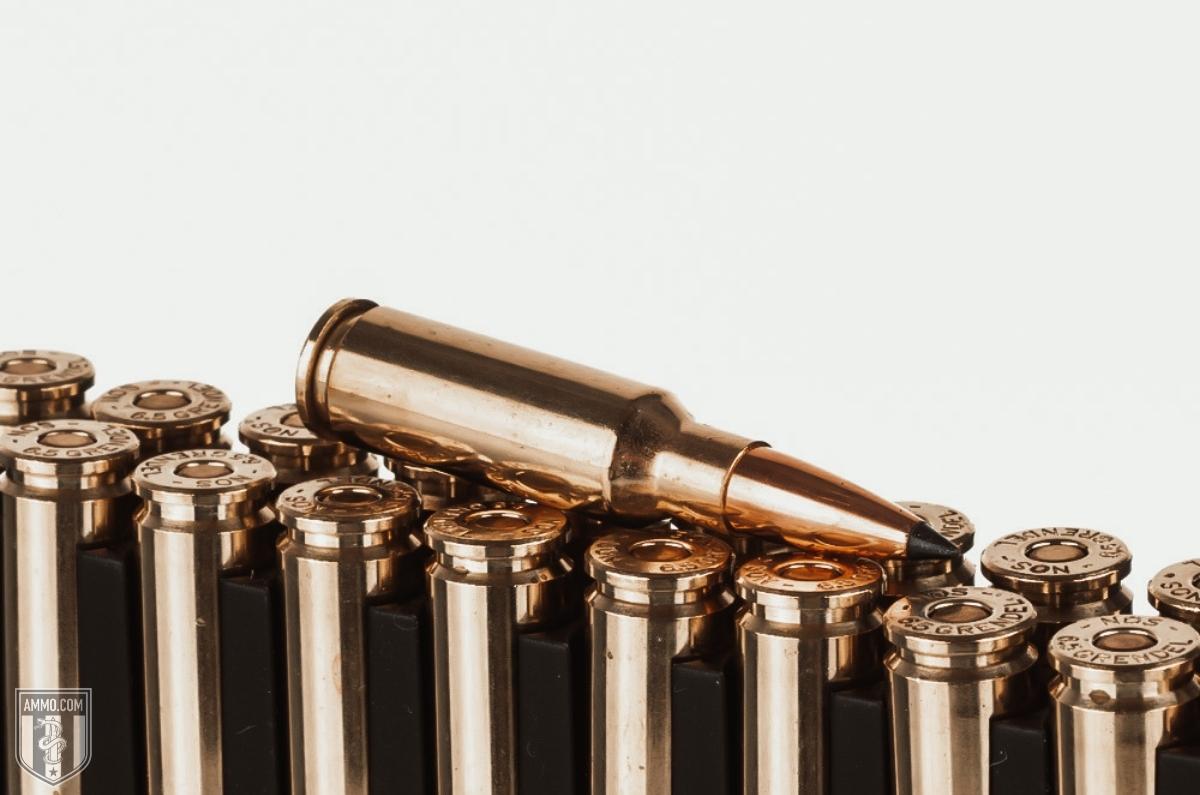 Ammo and Rifle Cost and Availability

Cost and availability is the greatest difference between these calibers.

The 6mm ARC is still a new caliber, so finding a rifle and ammo chambered in it isn't easy because only a few manufacturers make either. This also drives the price of both ammo and rifle up.

A quality rifle chambered in 6mm ARC will cost you about $1,400.

The cheapest 6mm ARC ammo will cost about $1.30 per round.

The 6.5 Grendel has been around for nearly two decades and is still gaining popularity, so ammo and rifles are much more abundant than the 6mm ARC.

Based solely on the availability and cost of the guns and ammo, the 6.5 Grendel separates itself from the 6mm ARC.

As more manufacturers begin to make the 6mm ARC, the availability should go up, and the price should go down, but for now, the 6.5 Grendel easily wins this category.

Reloading is an excellent way of controlling controllable variables. You can craft the ammo that your rifle cycles the best, unlike with factory loads.

It's also a way to save a little money on factory ammo if you're willing to put in the time it takes to handload correctly.

If you enjoy reloading, then either of these calibers will be an excellent choice. However, since the 6ARC is still a new round, it will be more challenging to find all the supplies you need to reload it.

Bullets for the 6.5 Grendel are becoming more common because the 6.5 Creedmoor is also gaining in popularity to reload, and they use the same bullets.

Finding reloading supplies such as brass, primers, bullets, and powder for the 6.5 Grendel will be easier than finding some of them for the 6 mm ARC.

The 6mm Advanced Rifle Cartridge (ARC) is a newly developed round by Hornady. They wanted to create a round that could compete with the popular 223/5.56 in an AR-15, but it needed to shoot flatter at longer distances.

It's based on the .220 Russian, like the 6.5 Grendel, which is why they're such similar rounds.

The 6.5 Grendel case has become a favorite of AR-15 shooters in the last couple of decades.

Released in 2003, it gained approval from Sporting Arms and Ammunition Manufacturer's Institute (SAAMI) in 2011.

In the last decade, it has gained a loyal following. So much so that some shooters don't believe the 6mm ARC can take enough of the market from the 6.5 Grendal to remain viable.

Who told those guys you couldn't enjoy both?

Are you curious how the 6.5 Grendel vs 308 debate turned out? 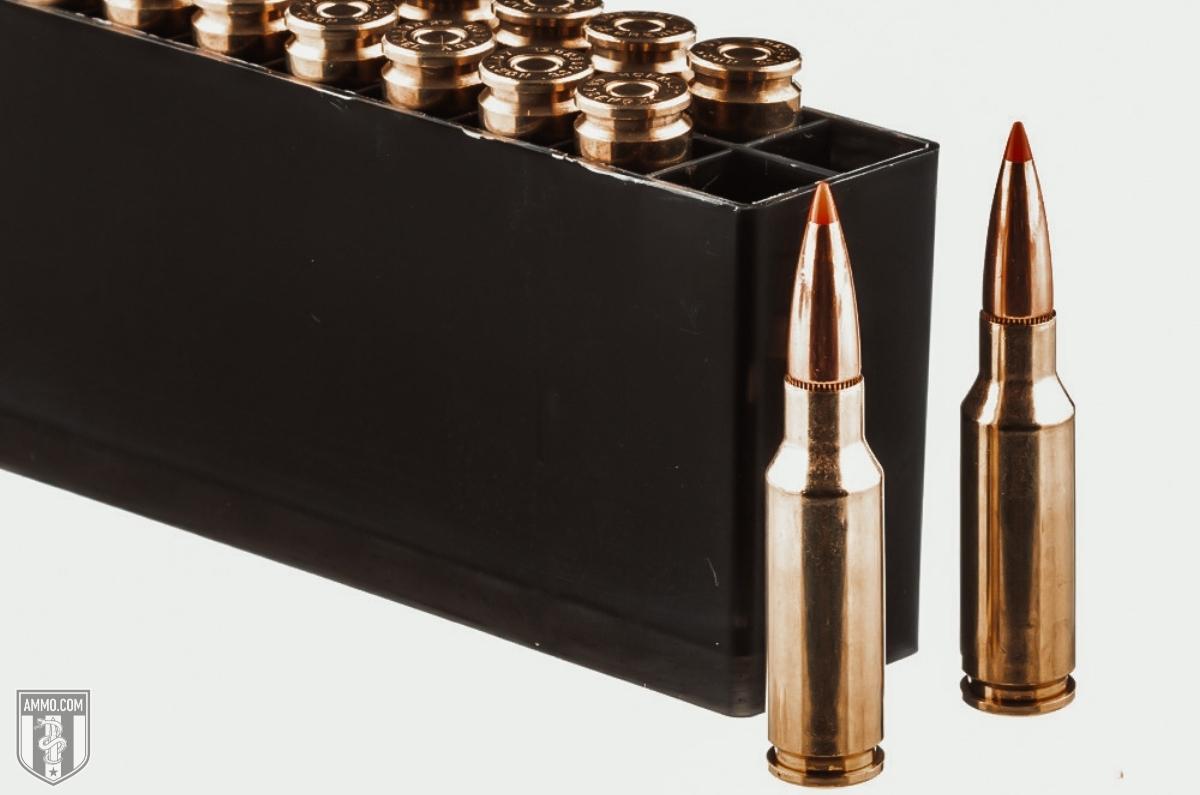 When it comes to the 6mm ARC vs 6.5 Grendel, minute differences make each one stand out in certain circumstances.

The 6mm ARC is your best option if you're long-range target shooting and only occasionally go deer hunting because it shoots much flatter than the 6.5 Grendel.

However, if you're a big-game hunter, the 6.5 Grendel will perform better because it has a little more knockdown power due to the larger bullets.

In a perfect world, you could buy an upper for each caliber. If that's not feasible, the 6.5 Grendel is the better all-around caliber because of its versatility.