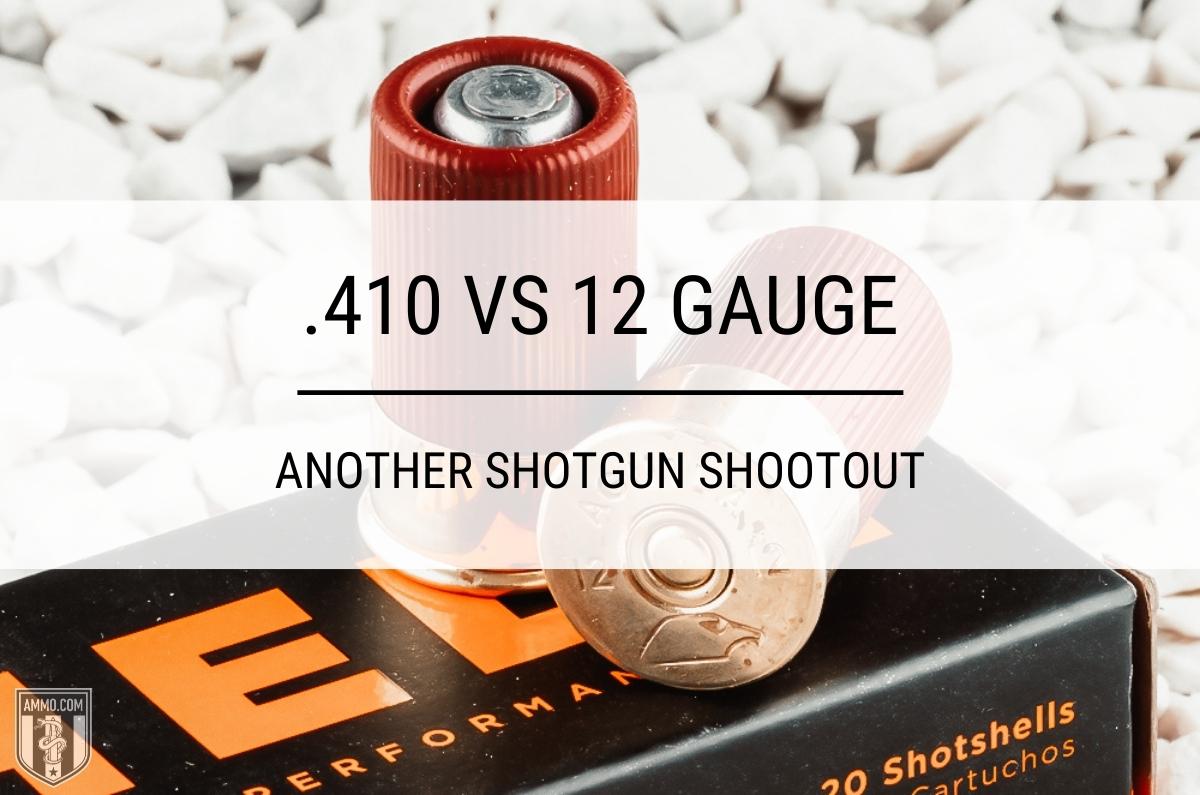 Shotguns may be the most versatile firearms on the face of the planet. Shooters around the globe rely on these smoothbore firearms for hunting, sport shooting, and personal defense. Because shotguns are in such high demand, modern shooters can choose from an incredibly diverse selection, with models designed to suit specific shooting needs. While variety is definitely the spice of life, too many options can make finding the right shotgun seem almost impossible, especially if you’re new to firearms.

In this head-to-head showdown of .410 vs. 12 gauge shotguns, we examine the strengths and weaknesses of each bore size, so you can understand exactly which will work best for you.

Unlike rifles that use caliber (hundredths of an inch) or millimeters to measure the diameter of the bore, shotguns use a unique, somewhat antiquated measuring system to express bore sizes. A shotgun’s “gauge” isn’t a linear measurement at all.

Gauge hearkens back to a time when shooters would buy a pound of lead to make their own ammo. The term refers to the number of lead balls the same diameter as the gun’s bore that you could pour from that one-pound block of lead.

If that seems confusing, it’s because it kind of is. To explain it another way, the size of a round lead slug that would fit down the barrel of a standard 12-gauge shotgun weighs 1/12 of a pound. That means you could make 12 lead slugs for that gun from a full pound of lead.

For smaller, 20-gauge shotguns, you could fashion 20 lead balls (the same size as the bore) from a pound of lead.

When we’re looking at shotguns, the larger the gauge, the smaller the diameter of the bore.

The exception is the .410 shotgun. The number in this shotgun’s designation isn’t a gauge at all. Instead, “.410” is the measurement of the diameter of the bore in inches. In essence, “.410” is like caliber in this situation.

Although many shotgunners refer to one of these small-bore scatterguns as a “410 gauge”, that isn’t at all correct, because “.410” doesn’t refer to gauge at all. The proper terminology is a “.410 bore” shotgun. If the .410 was branded as a gauge, it would be a 67-gauge.

Here is a quick look at both the 12-gauge and .410 shotgun shell dimensions.

12-gauge shotguns are notorious for beating up your shoulder. When it comes to recoil, the .410 bore is a veritable pussycat, which is why these small-bore scatterguns are often handed to youth shooters.

12-gauge shotshells shoot heavier payloads and have typically heavier powder charges. Since every action has an equal, opposite reaction (Thanks, Newton!), it makes sense that a 12 gauge would produce significantly more recoil.

There are a ton of variables that contribute to felt recoil. One of the biggest is the weight of the gun. Heavier shotguns soak up more recoil, and 12-gauge shotguns run significantly heavier than even the heaviest .410s. However, even with the lighter weight, a .410 will produce significantly less recoil than a 12-gauge packed with a similar load. 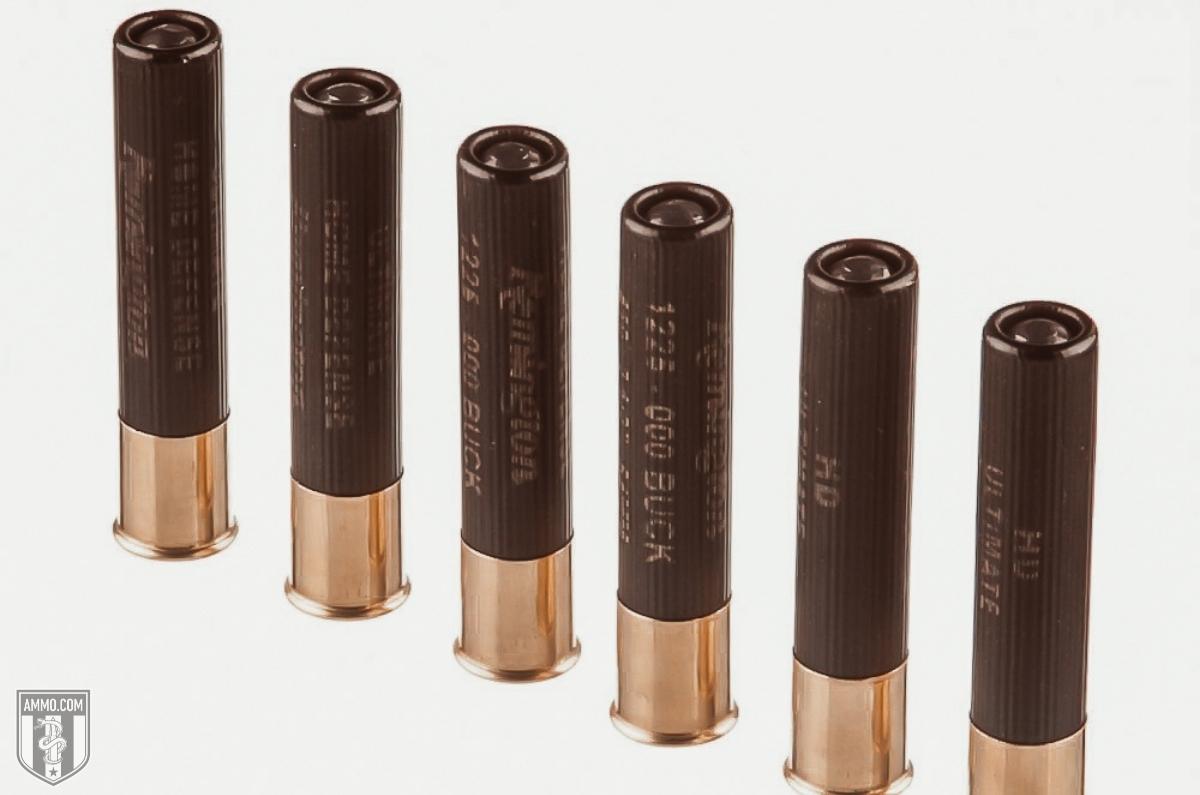 The shotgun’s action can also affect recoil. Pump-action shotguns can produce up to 40 percent more recoil than semi-auto shotguns with the same bore size. That’s because gas-operated semi-autos use some of the energy to cycle the action, ejecting the spent hull, and loading a fresh one into the chamber. If recoil is a challenge, you may want to consider swapping your pump-action or side-by-side for a semi-auto before you drop down in bore diameter.

For comparison, a .410 bore shotgun produces recoil comparable to a .30-30 Winchester rifle. On the low end of the recoil spectrum, a 12-gauge with a 1 ⅛-oz payload delivers recoil similar to a .270 Win. A 12-gauge loaded with 3-inch shotshells containing 1 ⅞ ounces of pellets will hit your shoulder with more force than a .375 Ultra Mag.

Shotguns aren’t exactly known for their accuracy. Unlike rifles, which have spiraling grooves inside the barrels that spin a bullet for more in-flight stability, shotguns typically have a smooth bore. Because the inside of the shotgun barrel is smooth, shotguns can shoot multiple projectiles at a time, which is how they earned the nickname “scattergun.”

Although shotguns are less accurate than rifles, the ability to lob multiple pellets at a moving target with a single pull of the trigger significantly increases the chances of hitting the target.

Shot pattern refers to how far shotgun pellets spread as they travel downrange. The pattern expands the further the distance to the target. Shooters can tighten the spread and increase shot density by using a choke. A choke works like a nozzle on a garden hose by constricting the muzzle for a tighter spray.

There is always a point where the pattern spreads too thin to be effective. Although some shotgun loads are designed to extend the effective range of the weapon, even under the best circumstances, a shotgun is still most effective on close-range targets. 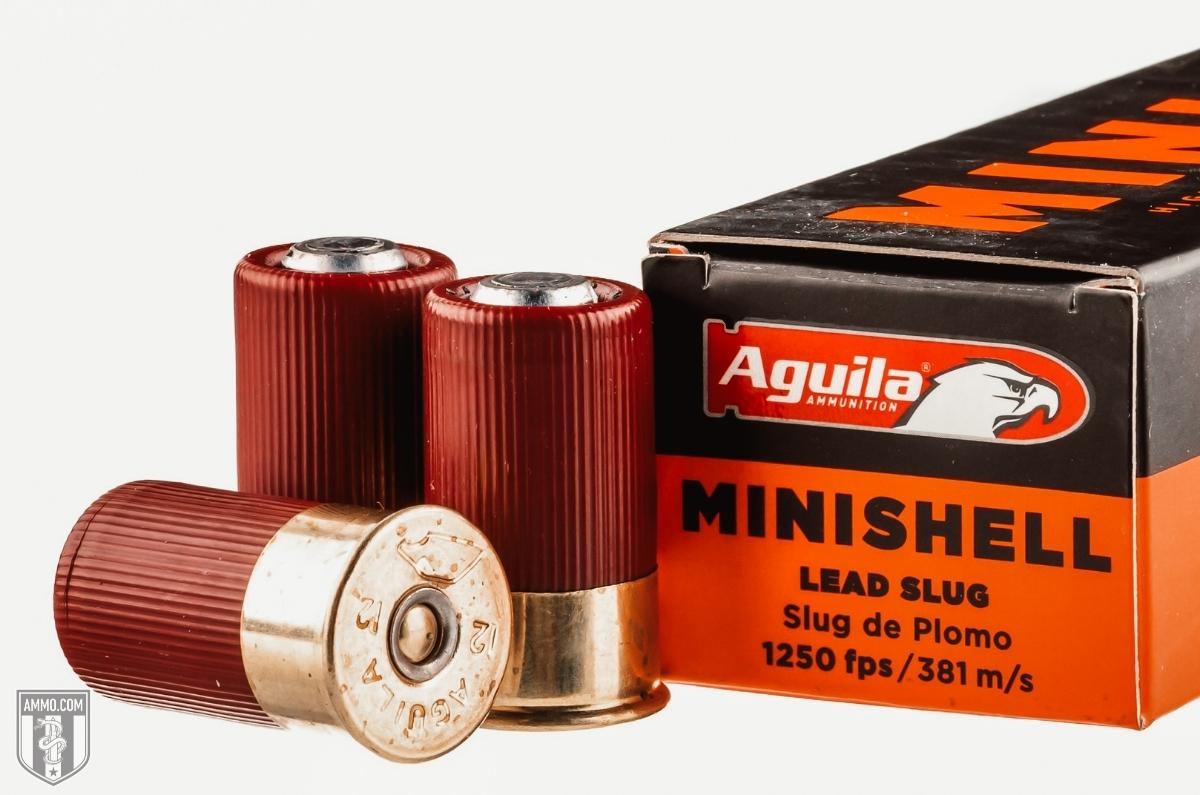 Technically, a shotgun’s bore size has little effect on the overall size of the shot spray. Air resistance has the same effect on round pellets whether they came out of a 12-gauge or a .410.

However, because 12-gauge loads hold more pellets than a .410 shell, the 12-gauge pattern will be denser, especially around the fringe of the pattern. More pellets increase the odds of effectively hitting the target, whether that target is a whitetail deer or a ring-neck pheasant.

Although the smaller payload of the .410 bore will cost you a few pellets on target, these small-bore shotguns have a few major advantages in the accuracy department. Because .410 shotguns are lighter and shorter than the average 12-gauge, they are also easier to maneuver, especially within the tight confines of a turkey blind or your home’s front hallway.

And because the .410 is a low recoil shotgun with minimal muzzle rise, it takes less effort to recover after a shot. That means even experienced shooters will have an easier time getting back on target to make faster, more accurate follow-up shots.

Shooters love to debate the topic of stopping power, whether they’re talking about larger game or home invaders. When we’re discussing home defense, “stopping power” is used to describe how effectively a shotgun load can terminate a dangerous threat. If we’re in a deer stand, “knock-down power” might be used to express how capable a round is of delivering a quick, humane harvest.

Stopping power is difficult to quantify because there are so many variables and external factors that come into play. For example, shot placement, thick clothing, adrenaline, and drugs can all impact how quickly your shotgun can terminate a threat. 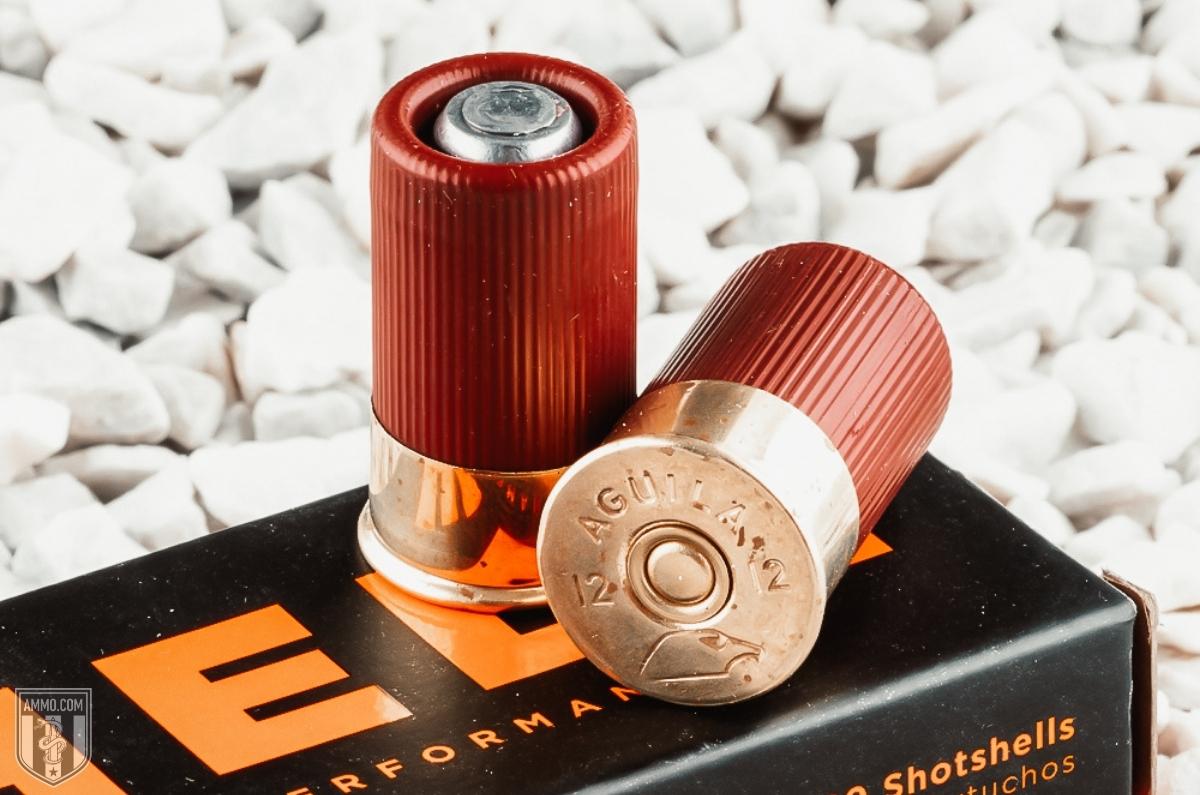 Kinetic energy, on the other hand, is a matter of simple math and physics. Because we don’t always know how the stars might align in any given situation, kinetic energy is one factor we can use to roughly evaluate the effectiveness of any given load.

The amount of kinetic energy that makes it to your target depends on distance, velocity, and shot sizes. For example, buckshot will deliver a lot more kinetic energy than birdshot striking a target at the same range.

It is difficult to compare apples to apples when we’re looking at 12-gauge vs. .410 loads, even though both are shotguns. Although .410 slugs often zip from the muzzle at faster velocities than 12-gauge slugs, they shed velocity and energy faster than the larger, heavier projectiles lobbed by a 12-gauge.

When we compare math, the .410 is very obviously outclassed by the 12-gauge when it comes to kinetic energy. Here’s a quick look at how much energy .410 vs 12-gauge slugs carry downrange.

Because of its low recoil, many hunters consider the .410 a child’s shotgun. Indeed, many youth hunters were introduced to the sport with one of these mild-shooting scatterguns. However, .410s can be snappy and tend to be difficult to control. Unless your shooter is too small to lug around a heavier shotgun, a 20-gauge is really a better option for across-the-board hunting, even if the hunter behind the gun is small-framed. (If you’re looking for an easy-to-handle shotgun for a young hunter, you should check out our 12 gauge vs 20 gauge comparison.) 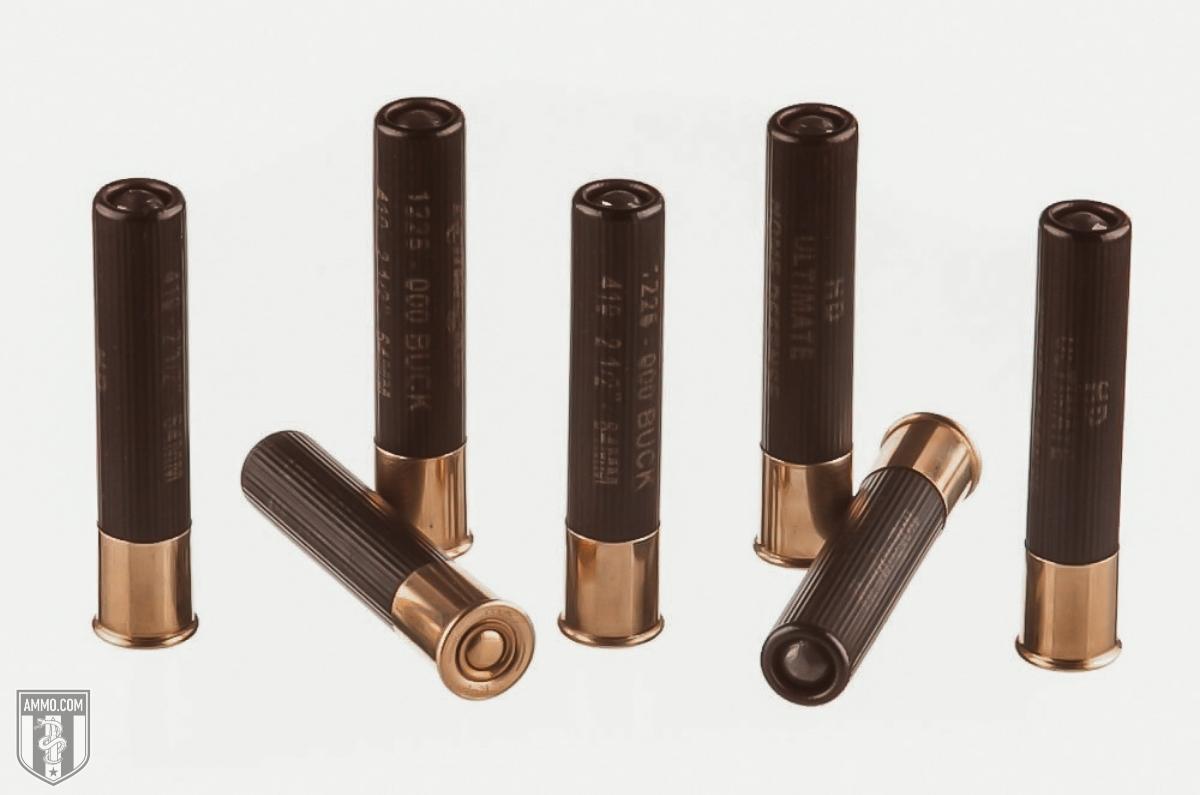 If we have to choose between the .410 and the 12-gauge, the 12-gauge will win hands down every time, whether we’re shooting small game, waterfowl, wild turkeys, or whitetails. The .410’s mild recoil just doesn’t make up for its limited range and lower pellet count, especially when there are better options to choose from.

While handguns are popular go-to weapons for self-defense, more homeowners rely on scatterguns to protect their homes and property than any other type of firearm. While the 12-gauge is one of the most common weapons used for home defense, the .410 bore shouldn’t be overlooked.

Smaller, lighter, and easier to maneuver, the .410 bore might be the smarter option for using inside the tight confines and sharp corners of the average family home. Its mild recoil is also a game-changer, especially in high-adrenaline situations. If you want a weapon that everyone in the family can handle confidently, even smaller, weaker family members, then a .410 is the answer.

Because the 12-gauge is the most popular shotgun size in America, there are far more options available to modern shooters. You can easily find 12-gauge shotgun shells in every variety you can imagine. Ammo companies churn out not only more varieties, but also greater quantities of 12-gauge ammo than anything else, including rifle and handgun loads. 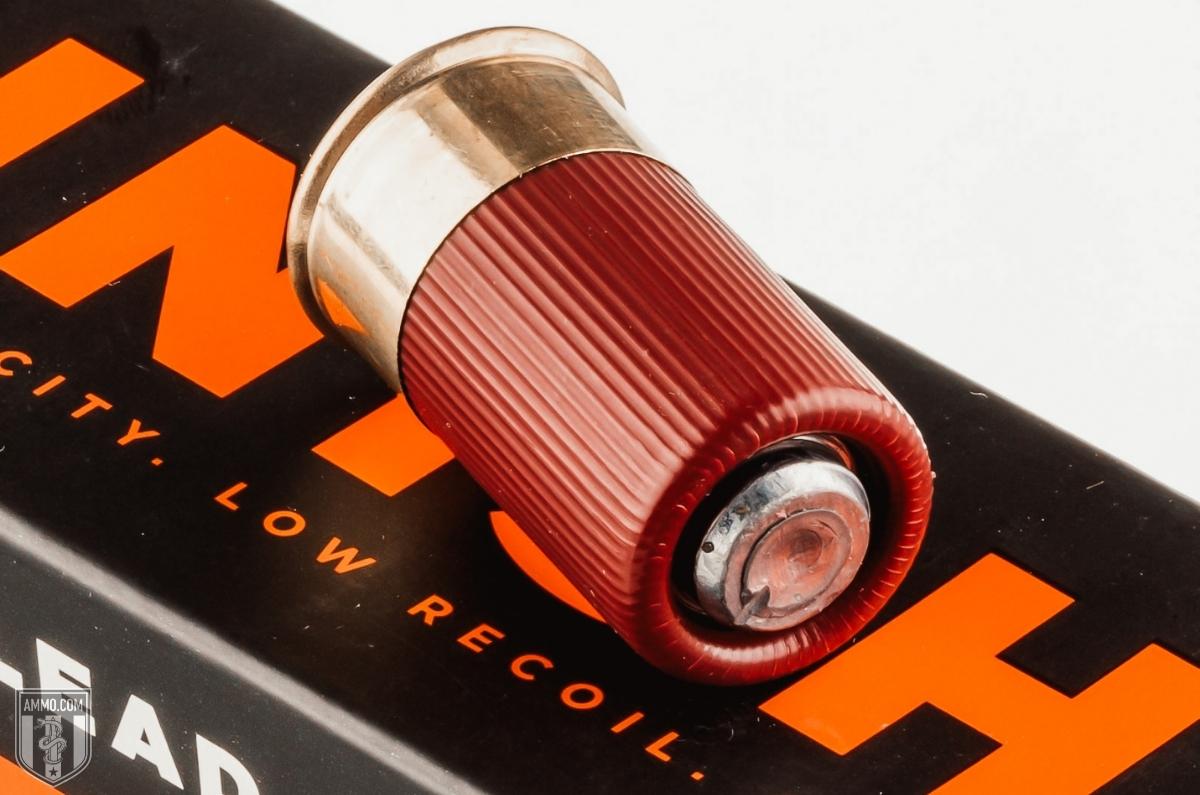 The cost of ammunition is also something shooters should consider when deciding on what gauge shotgun to buy. There is a significant difference in .410 vs 12-gauge ammo prices. Because companies rarely sell enough .410 loads to run a full production line for them, the cost of .410 ammo is generally more expensive than comparable 12-gauge loads, despite the fact that they require less raw materials to manufacture.

Buying in bulk is always smart, make sure to check out our stock of bulk 12 gauge ammo.

If you’re a high-volume shooter, reloading your spent shotshells is one smart way to save money. However, if you only shoot occasionally, the cost of factory-fresh shells is fairly inexpensive, so it may not be that cost-effective to load your own.

If you do plan to handload your own shotgun ammo, you’ll need a different press and set-up than those used for reloading a rifle or handgun cartridges.

Here is a look at the ballistic performance of some common loads for these popular shotguns.

Note: This information comes from the manufacturer and is for informational purposes only. The actual ballistics obtained with your firearm can vary considerably from the advertised ballistics. Also, ballistics can vary from lot to lot with the same brand and type loads.

A Brief History of The Shotgun Shell 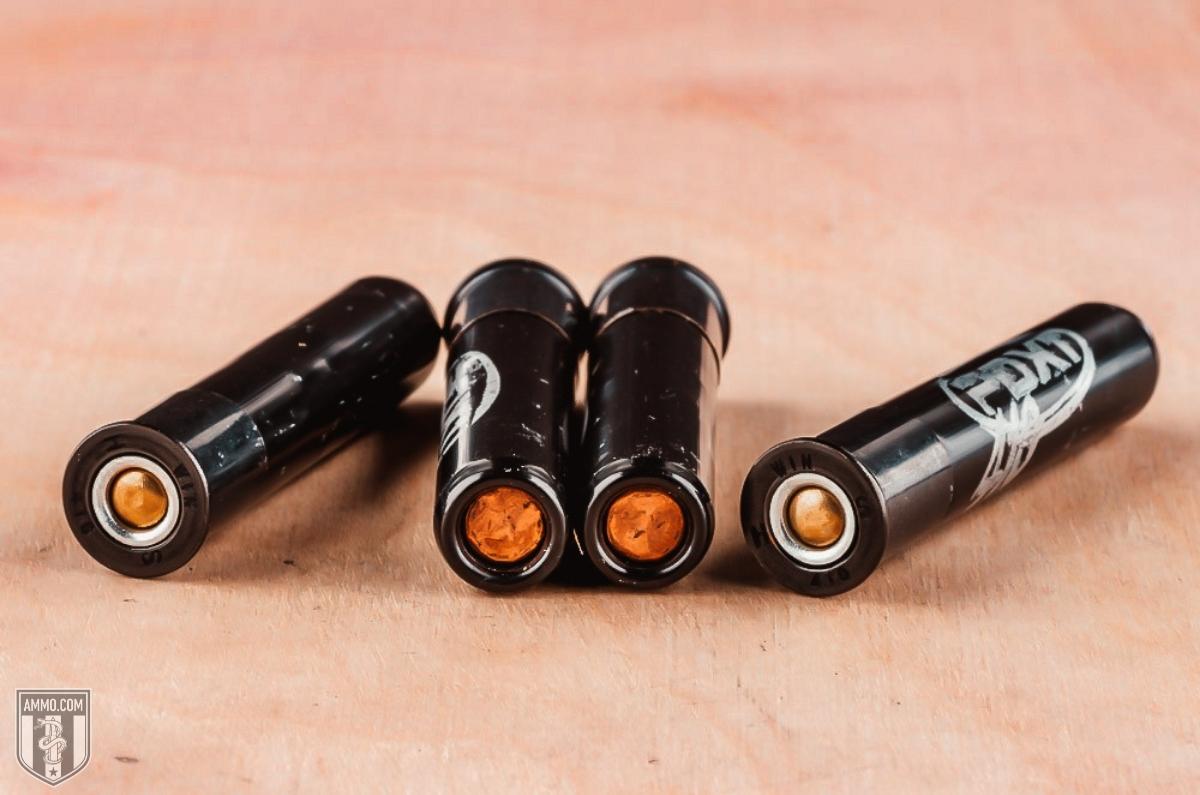 Invented in the 1860s, the earliest shotgun shells were made using brass cases similar to those used to make the rifle and pistol cartridges of the day. By the 1870s, paper hulls began replacing the hard brass shells.

The plastic hulls modern shotgunners know and love weren’t used until nearly 100 years after the shotshell’s invention. Remington was the first company to introduce plastic shotshells in 1960.

The lighter weight, smaller dimensions, and milder recoil of the .410 make it a practical option for younger shooters. Those qualities are also something to consider when choosing a firearm for home defense, especially if you want one weapon the whole family can handle.

The 12-gauge is the most popular shotgun in the world for a reason. This do-it-all firearm can be used to hunt everything from monster bucks to small upland game birds. The 12-gauge also reigns in shooting sports, being the most common shotgun used for trap and skeet shooting, as well as 3 gun competitions. Many homeowners also trust their family’s safety to a 12-gauge shotgun. 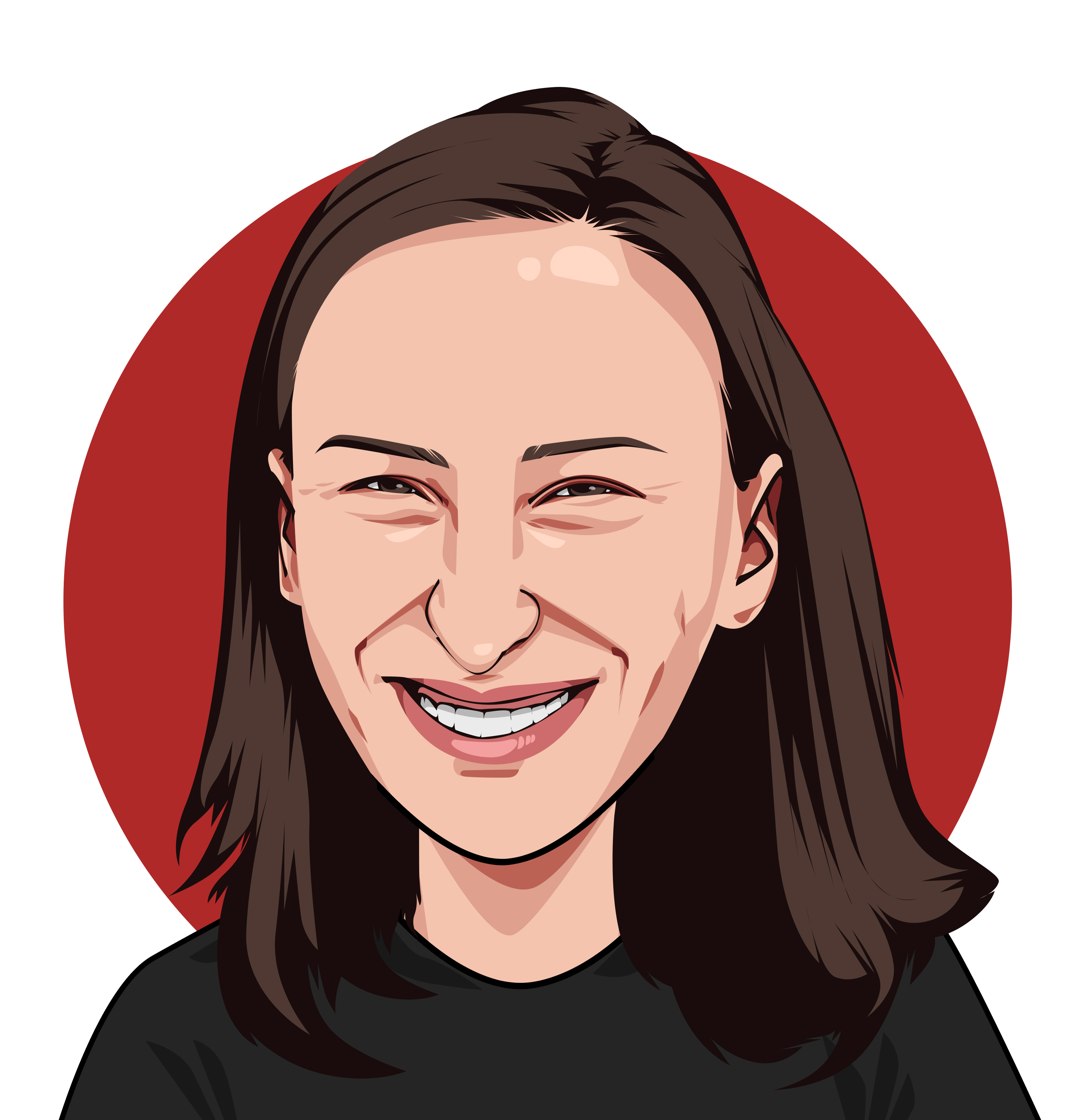