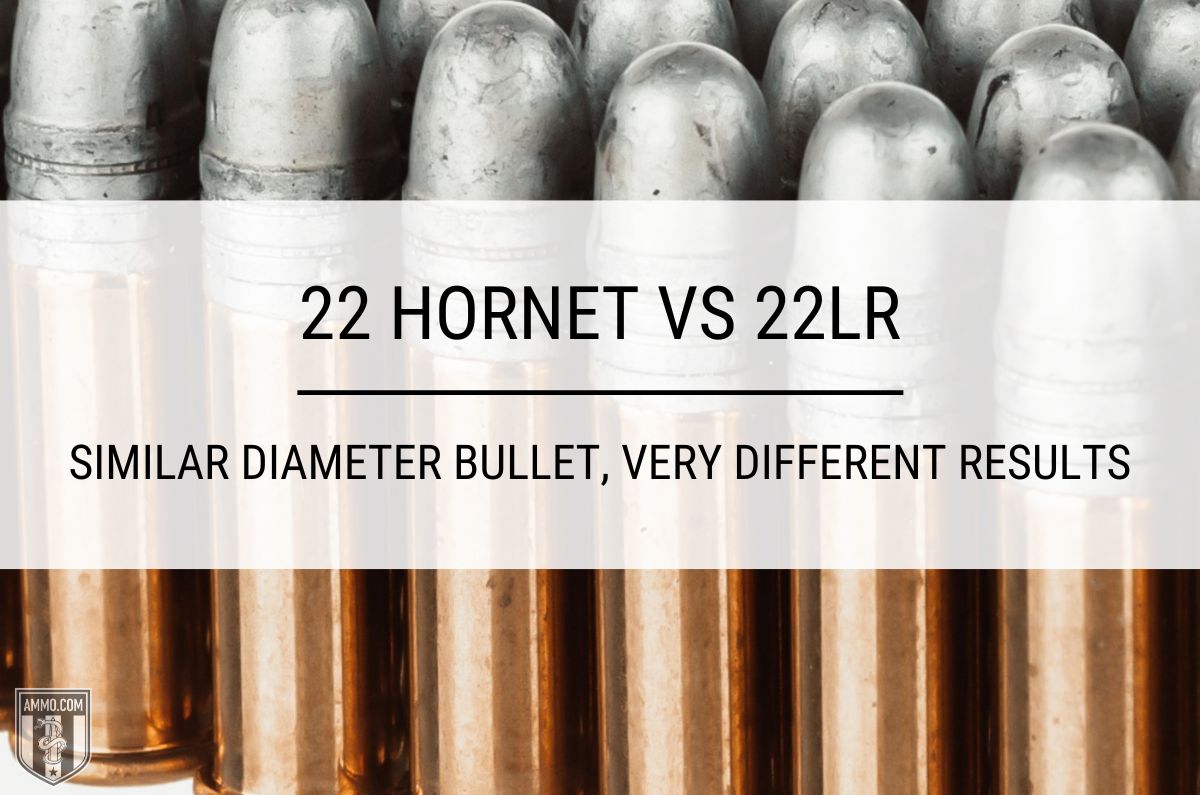 The 22 Hornet vs 22LR is a rivalry between two calibers that were once considered a favorite of many shooting enthusiasts.

Both are primarily overlooked because of their lack of ballistics and stopping power.

However, they shouldn't be disregarded entirely as calibers that only have nostalgic value.

The 22 Hornet was once the go-to caliber for coyote hunters, while the 22 LR was the next step for most young shooters wanting to upgrade from a BB gun.

The 22 Long Rifle cartridge has hung onto its reputation as an excellent beginner round, but most consider it underpowered for anything other than target practice and plinking.

However, its ballistics don't hold up against other comparable rounds like the 22-250 or 223 Rem, which is why it's largely been forgotten by most varmint hunters.

Yet, how do these classics stack up against each other?

The two cartridges have noticeable differences that contribute to their ballistic performance.

When considering which caliber to purchase, it's essential to consider the specifications of the caliber, as these will help to determine the best uses for the rounds.

The 22 Hornet doesn't have a parent case, although most consider it based on the 22 Winchester Centerfire (WCF), a black powder cartridge, or the 22 Harwood Hornet. 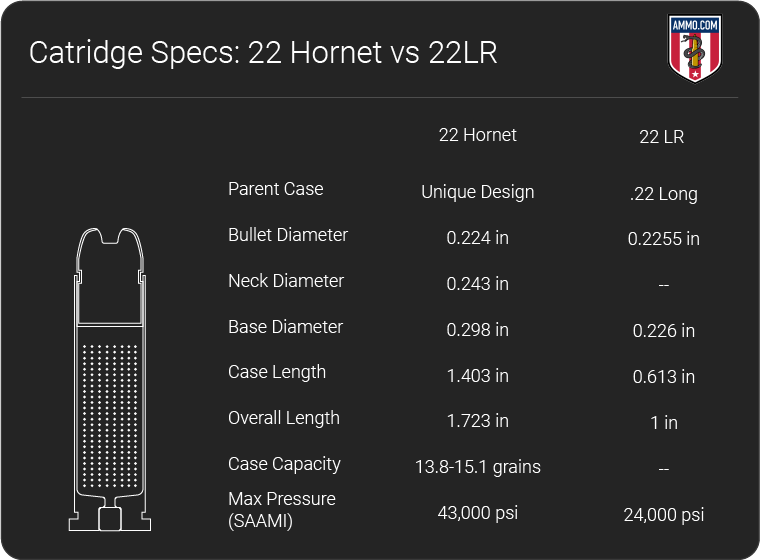 The larger case means the 22 Hornet has more case capacity than the 22 LR and substantially more pressure.

The difference in pressure translates to recoil, which we will discuss next.

We should consider recoil when purchasing a new rifle, as a round with heavy recoil will be more challenging to control and will make your follow-up shots slower.

Muzzle velocity (FPS), powder charge, bullet weight, and rifle weight all contribute to the amount of recoil the shooter feels.

The 22 Hornet is beloved by many because of its low 1.6 ft-lbs of free recoil. The 22 LR has it beat, though, coming in under 1lb of felt recoil. It generally has 0.19 foot-pounds of recoil.

The 22 LR is the clear winner of this section. However, the recoil is so low on both rounds it shouldn't be the primary reason for purchasing one caliber over the other. 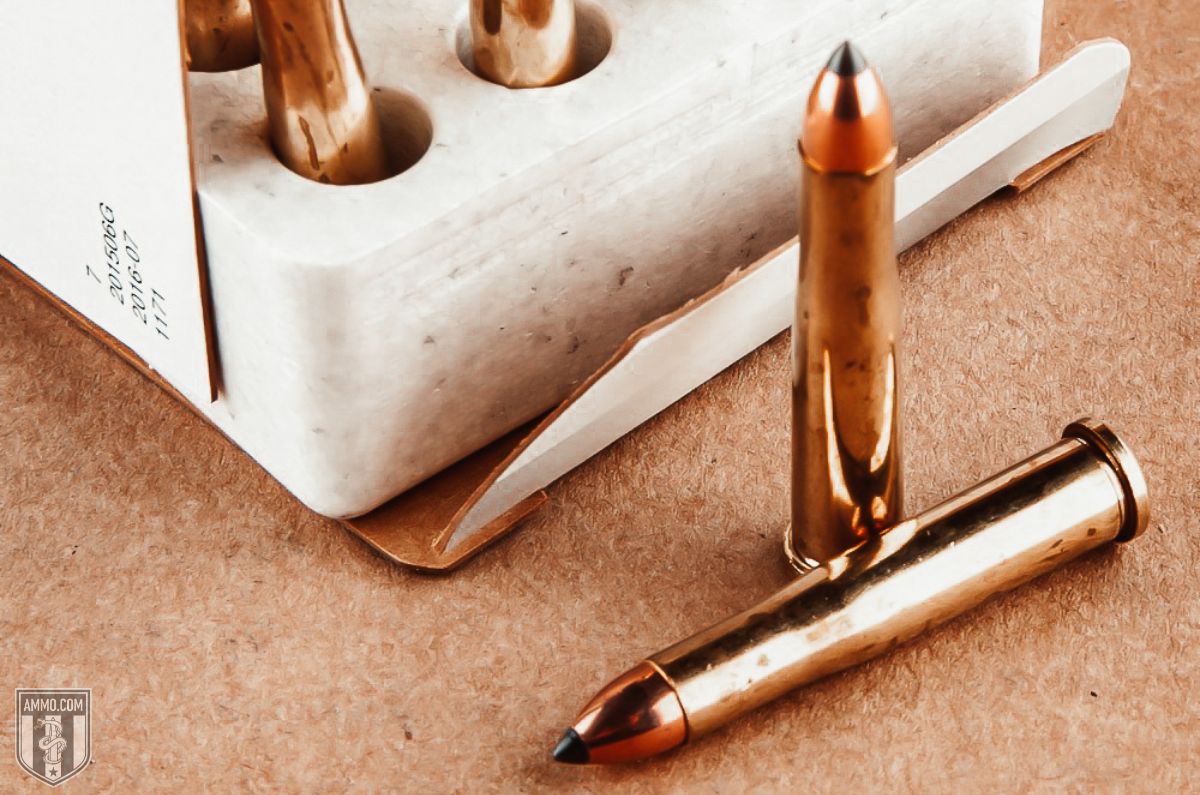 The trajectory of a bullet is the path it takes to the target. This path is typically an arch due to gravity.

Most experienced shooters prefer a flat shooting round because it improves accuracy.

Neither of these rounds was intended for long-distance shooting competitions, but the 22 Hornet has a clear advantage when shooting distances over 100 yards.

Comparing the trajectory of each round is a little tricky because of the lack of identical bullet weights and maximum effective ranges.

Most firearms enthusiasts zero the 22 LR for 50 yards to make it accessible to inexperienced shooters.

The 35 gr V-MAX Hornet goes subsonic at 300 yards and stays above the speed of sound until around 450 yards with the soft point 45gr bullet.

The more powerful 22 Hornet has a flatter trajectory; therefore, it wins this section. 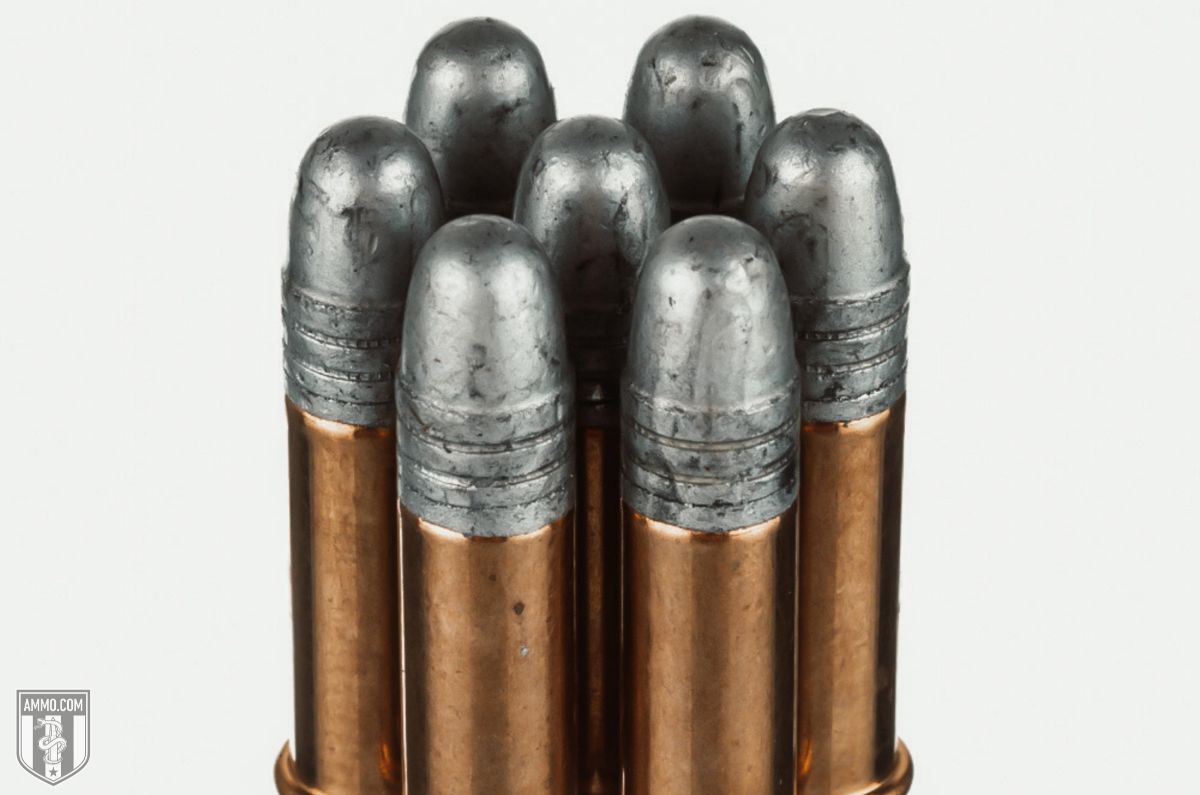 The accuracy of a round is determined by many factors, including but not limited to the shooter, gun, bullet trajectory, and recoil.

Out to 50 yds, the accuracy of each round will be similar.

Once we pass 50 yards, the 22 Hornet becomes more accurate because of its flatter trajectory.

A bullet's ballistic coefficient (BC) is how aerodynamic the bullet is and how well it resists wind drift.

A bullet's sectional density (SD) is a numerical representation of its ability to penetrate based on its dimensions, design, and weight.

The sectional density of the 22 Hornet will be right around 0.100.

The 22 Long Rifle will generally have a lower BC and SD than the 22 Hornet because it fires lighter bullets at slower speeds.

The Hornet round wins this category. 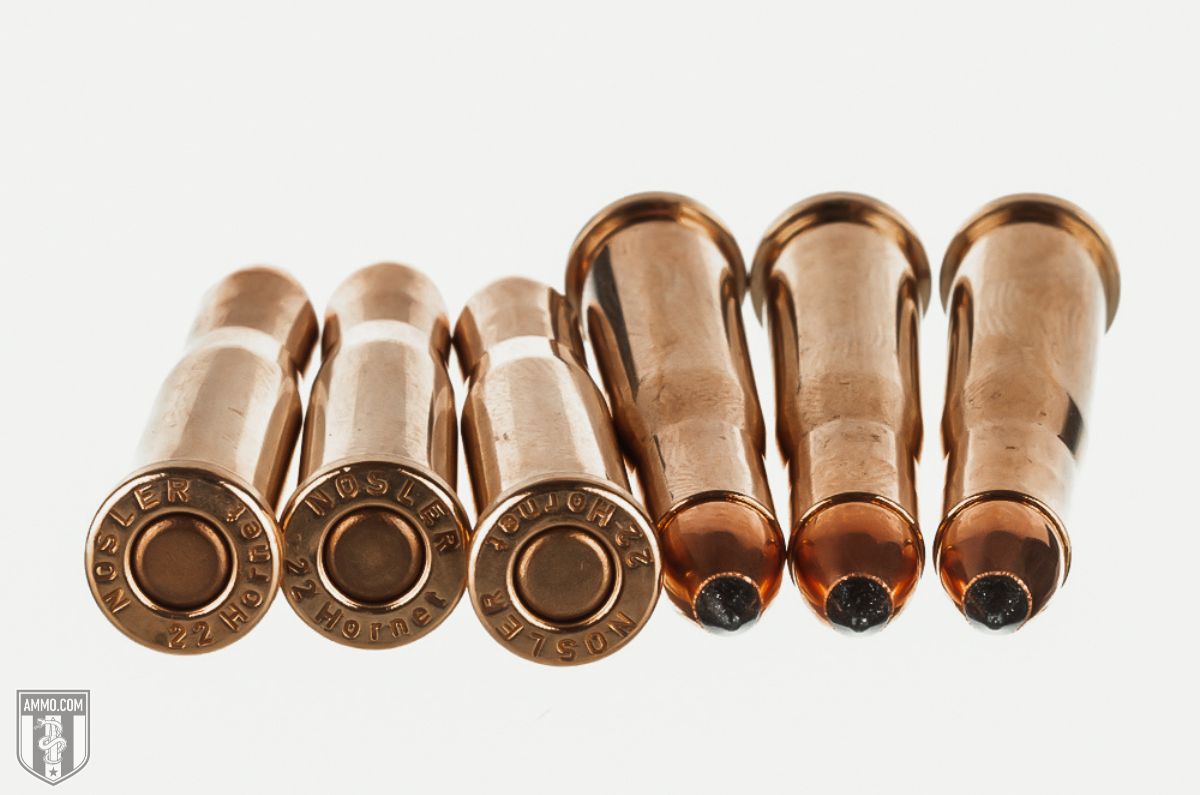 While many shooters argue stopping power is overrated, I disagree to a point.

Stopping power doesn't matter for a well-placed shot. It's crucial for a less-than-ideal shot, though.

Since both calibers are small, they lack the stopping power to make an ethical kill on most game animals.

However, the 22 Hornet has more stopping power than the 22 LR because of its increased velocity of bullets of similar weights.

Growing up, I went small game hunting with a 22 LR because it is an excellent round for small game like squirrels, rabbits, and raccoons.

However, it lacks the power to hunt anything much larger than a raccoon at any distance further than 100 yds.

The 22 Hornet was a staple for coyote hunters in the early 1930s. A good marksman was able to take a coyote out to 200 yards with iron sights.

Though the 22 Hornet is more powerful than the 22 Long Rifle, it does not have the necessary stopping power to harvest deer ethically.

With the capacity to hunt coyotes, groundhogs, and prairie dogs, the 22 Hornet takes this round. 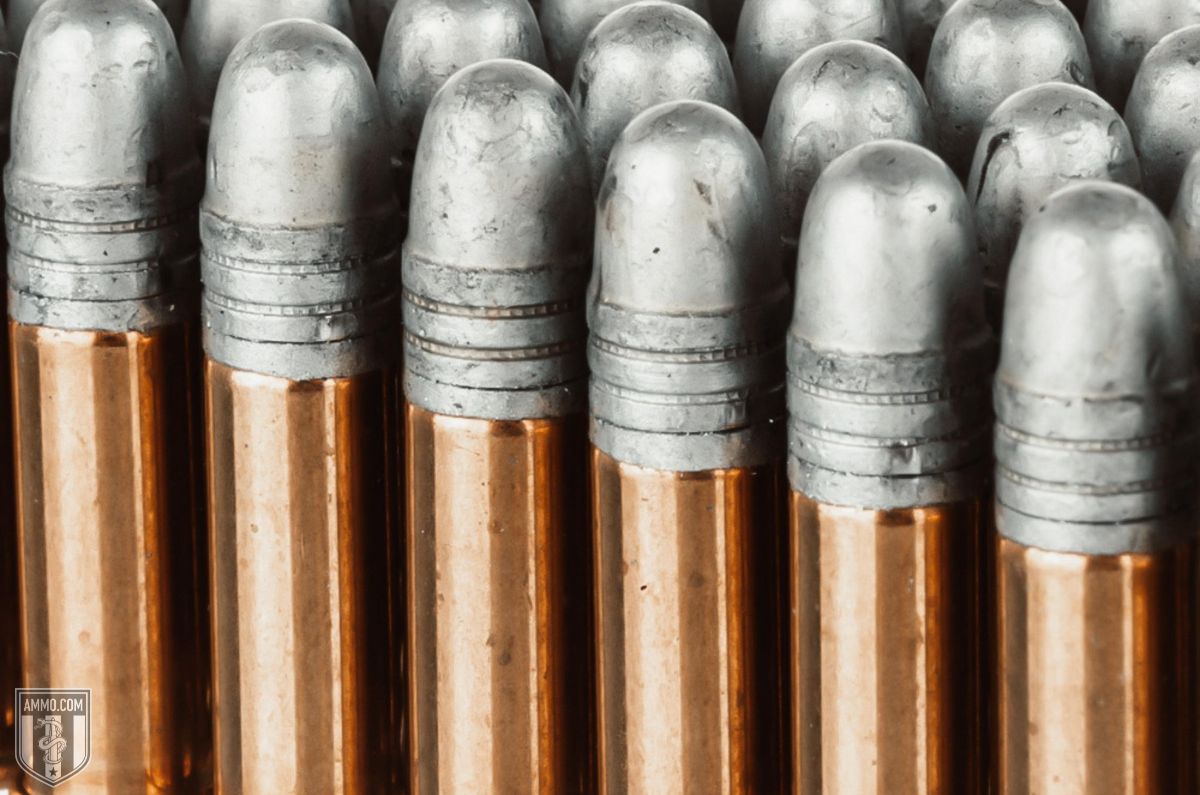 I took my concealed carry test with a 22 LR pistol, though I wouldn't recommend carrying one for self-defense.

Yes, 22 LR pistols have a higher magazine capacity, but they lack the stopping power needed to stop a threat as quickly as possible.

Instead, I carry a 9mm or 45 ACP. They have a lower mag capacity but are much more likely to take out a threat with fewer rounds fired.

The 22 Hornet is not a good weapon for self-defense because it was designed for single-shot rifles.

Though neither of these rounds is my first choice for self-defense, I would carry a 22 LR before I carried a 22 Hornet because pistols chambered in 22 LR are easy to find, and you can carry a semi-auto firearm.

The 22 Long Rifle wins this section.

My home defense argument will be the same as my self-defense argument, except I prefer to have a shotgun handy to lessen the chances of overpenetration.

I prefer to use a 20 ga or 12 ga with buckshot for home defense purposes because shotguns are a more effective firearm in close quarters, and they're less likely to go through multiple walls, so your family and neighbors are safer from friendly fire. 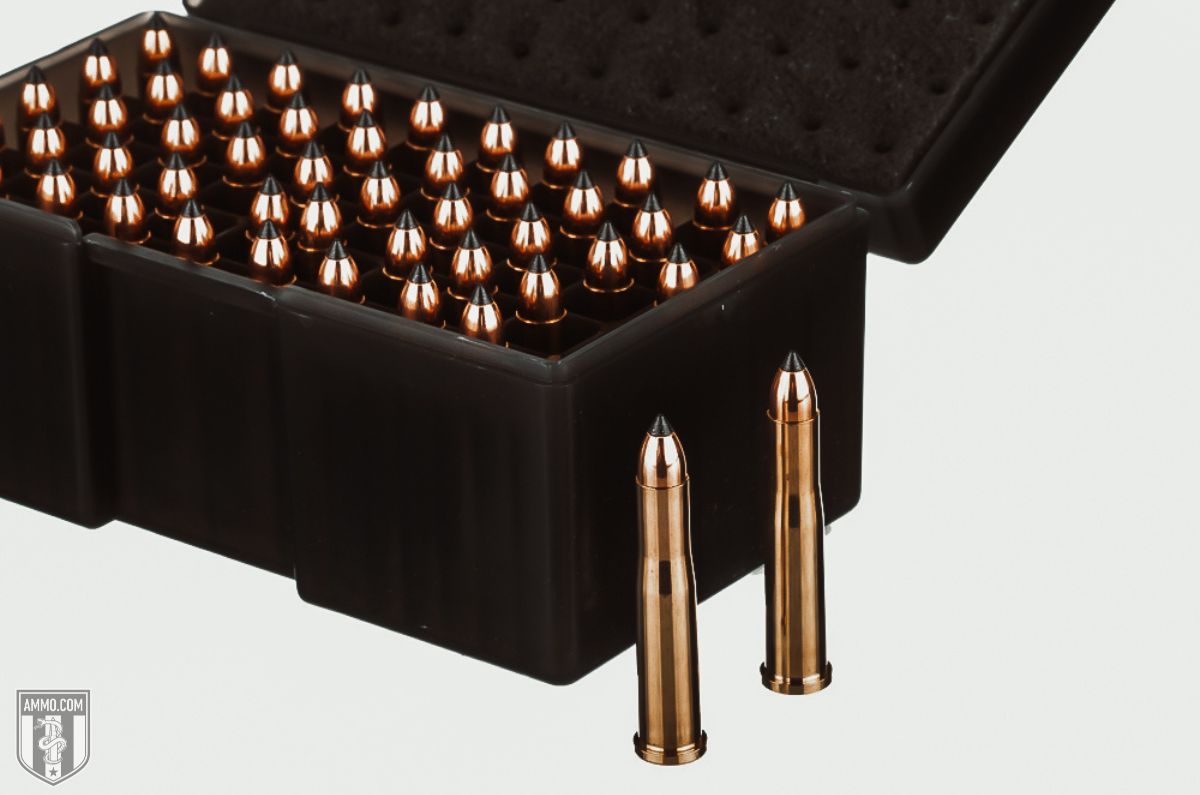 If the only two options I had were a 22 Hornet or a 22 LR for home defense, I'm grabbing the 22 LR for the same reasons I would for self-defense.

The 22 Long Rifle wins this round.

In recent years, it was nearly impossible to find 22 LR ammo; manufacturers are catching up with demand, and it's become more readily available.

The prices are much higher than they were 20+ years ago, but for plinking purposes, the 22 LR is still the ammo to purchase, considering one round will only cost you $0.13-$0.25 depending on the quality of the factory ammo you buy.

22 Hornet ammo is much more expensive, despite many of the same manufacturers producing the ammo.

Buying bulk 22 LR ammo will help you save even more money.

The 22 LR is the clear winner here, with the availability of much cheaper ammo. 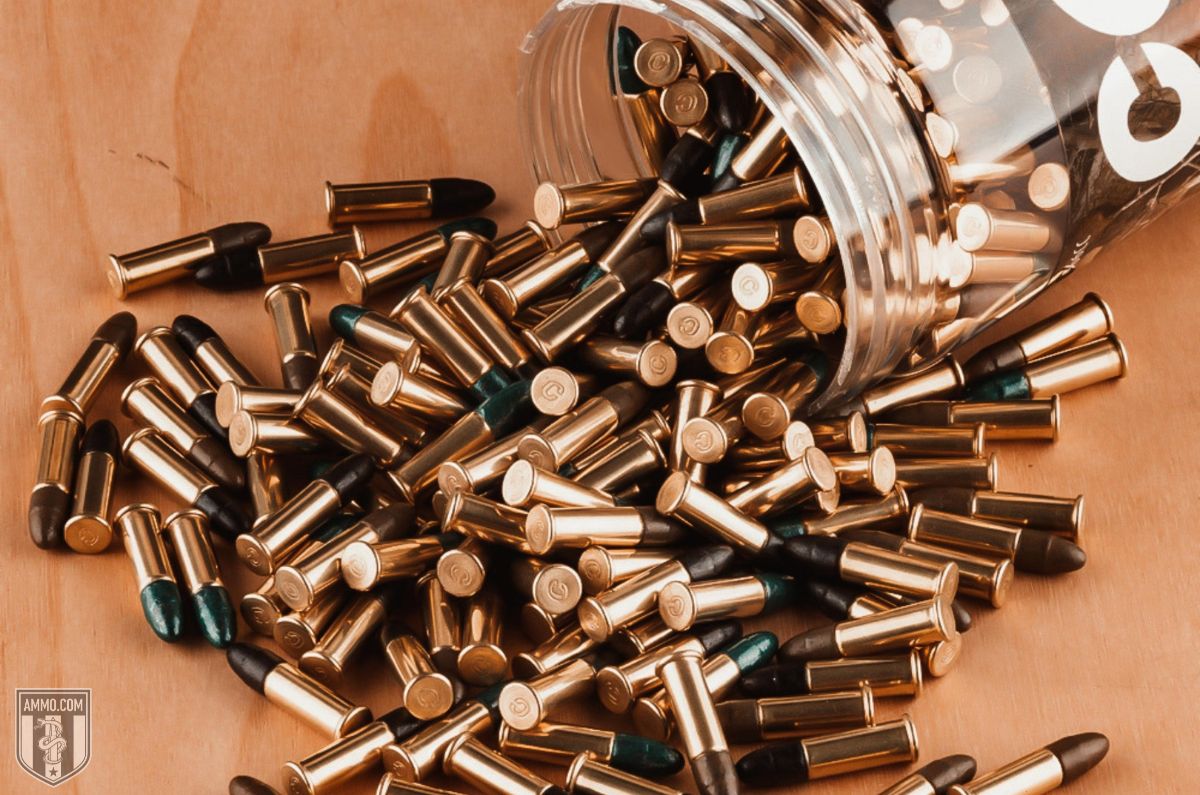 While 22 Hornet handguns exist, they're expensive and rare. 22 Hornet rifles are easier to find and less costly.

Firearm brands such as Ruger, Savage, CZ, and Winchester all manufacture rifles chambered in 22 Hornet. You can expect prices to be well above $500 for new rifles and at least $1,200+ for collectible models.

Firearms chambered in 22 Long Rifle is a different story. You can find pistols and rifles relatively inexpensive, depending on the brand. A bolt-action rifle tends to be cheaper than a semi-auto but neither costs as much as a 22 Hornet rifle.

A new Winchester Wildcat and Henry Survival Rifle are well below $500. Unless you're buying a highly sought-after collectible 22LR gun, it's doubtful you'll spend over $1,000.

The 22 LR also takes this section.

Reloading is another way to save money on factory ammo, giving you control over the controllable variables.

However, 22 LR brass cannot be reloaded because it is a rimfire cartridge. You can handload 22 LR by purchasing new brass and all the other needed materials.

Handloading the 22 Hornet makes more sense because it's a more expensive centerfire cartridge. 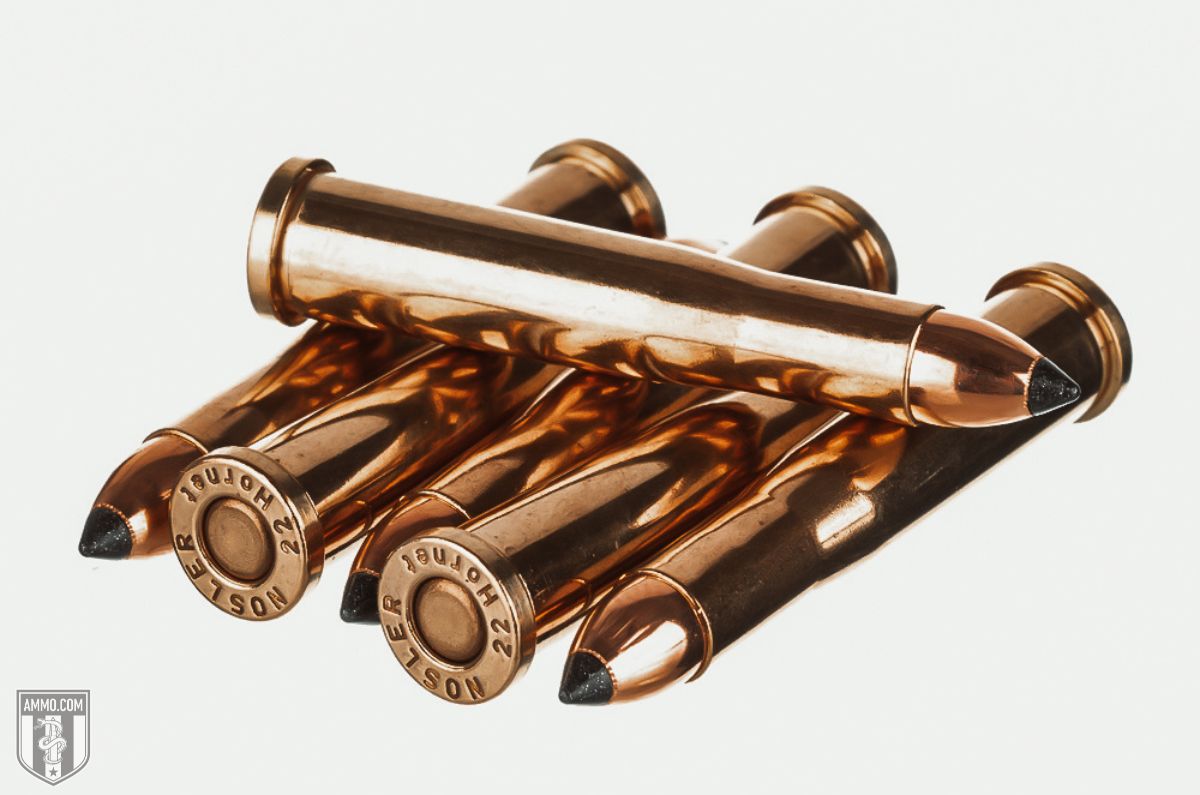 By reloading 22 Hornet vs 22 LR, you'll save more money because the price per round is more for the 22 Hornet.

Even though both cartridges can be hand-loaded, the 22 Hornet wins this section because you can also reload it, and it's worth your time to reload.

Our team here at Ammo.com has spent countless hours scouring the Internet to bring you highly comprehensive ballistics tables for both calibers. Below are tables that compare bullet weight to muzzle velocity, kinetic energy, and trajectory for the 22 Hornet vs 22 LR. 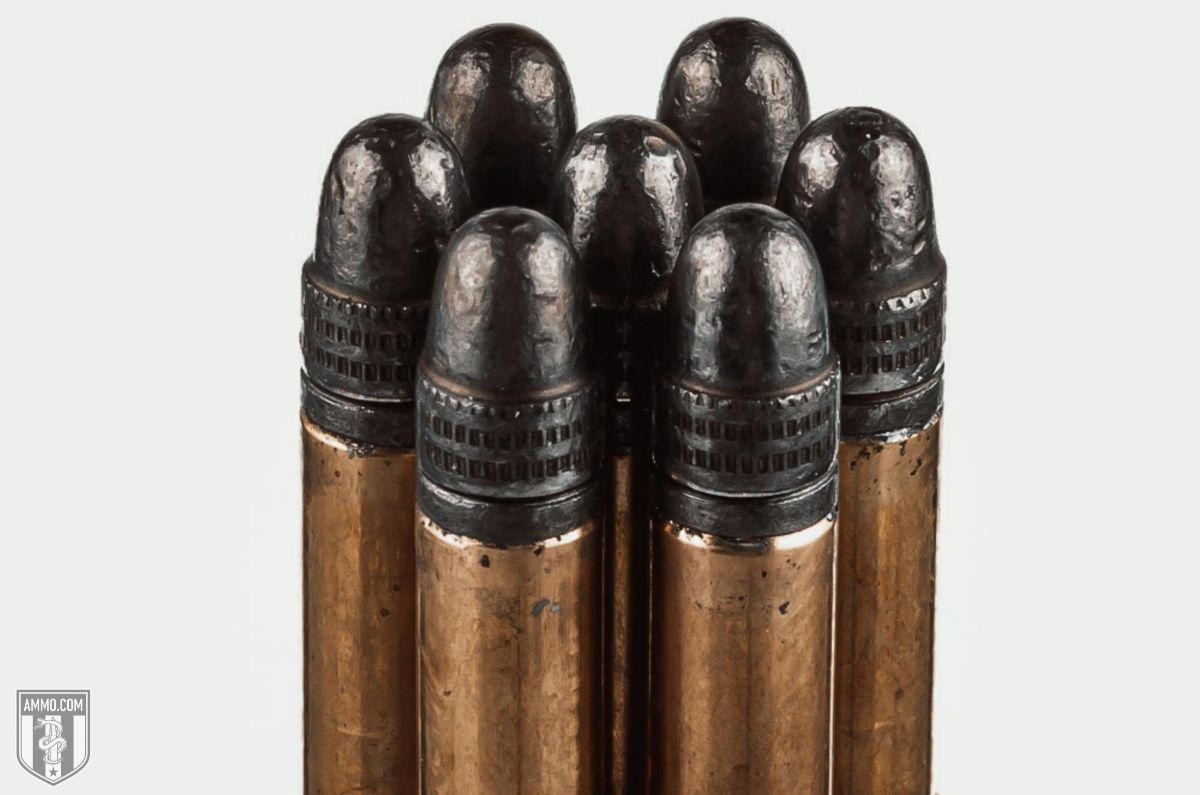 The Springfield Armory developed the .22 Hornet in 1930, loosely based on the 22 Harwood Hornet and the .22 WCF. Still, it wasn't until 1933 that the Winchester Model 54 rifle was chambered in 22 Hornet, and the round exploded in popularity.

During World War II, it was used in the M4 by the U.S. Army Air Corps and later in the M6 for aircrew members. The Springfield Armory made the M6 chambered in .22 Hornet, and .410 Bore as an over-under configuration after the war.

There were many wildcats produced, and by far, the most popular was the .22 K-Hornet.

As other cartridges like the .222 and the .223 Remington were produced, the 22 Hornet began to decline in popularity because it lacked the ballistics these additional rounds were getting.

It's now primarily used in competitive shoots and for varmint hunting by those who love the nostalgic factor of the 22 Hornet.

Introduced in 1887 by the J. Stevens Arm & Tool Company, the .22LR has remained constant throughout the years.

With only minor improvements since its introduction to the market, the .22 Long Rifle is still the primary firearm many shooters learn to shoot.

Surprisingly, it's had many uses throughout the years, from firearms training and hunting small game to self-defense and even military uses. 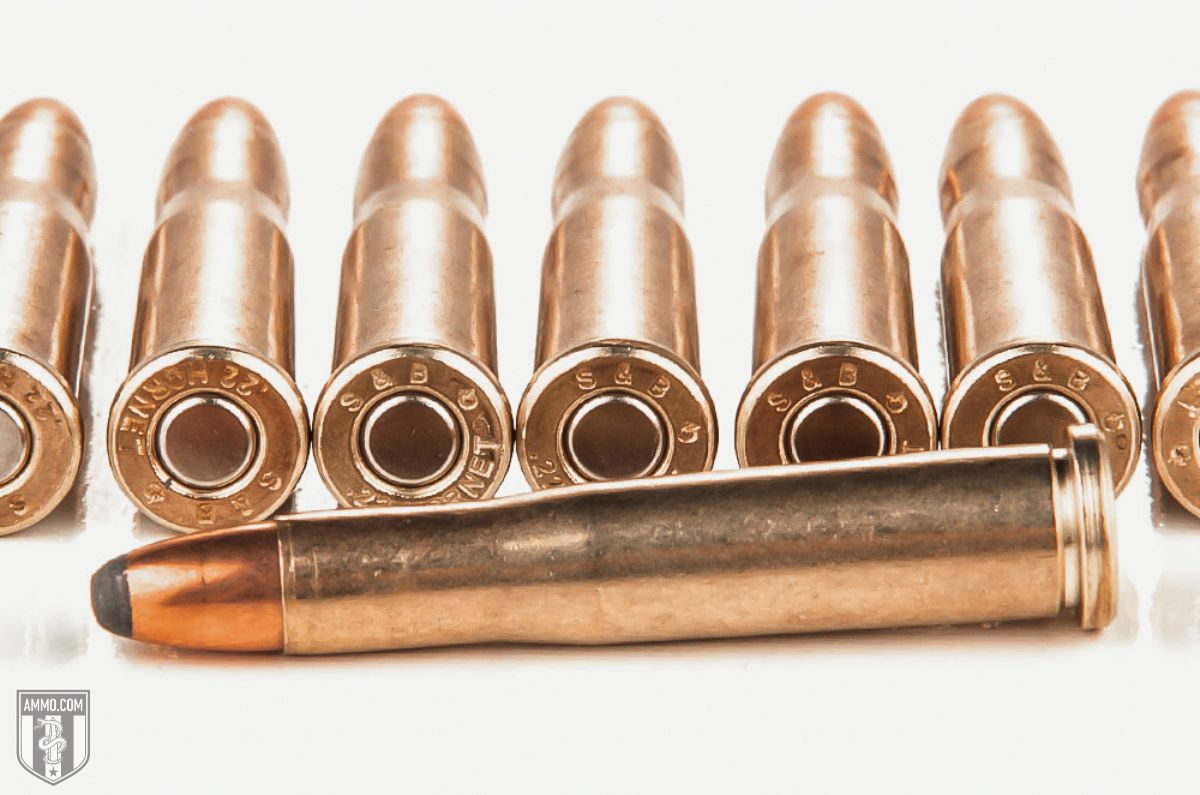 In the 1990s, suppressed Ruger MK II pistols chambered in 22 LR were carried by the Navy SEALs.

There's a clear winner when we compare the 22 Hornet vs 22 LR; however, that doesn't mean it's the best option for you.

The 22 Hornet won 6/11 categories because it's the more powerful round, but guns chambered in this caliber are much more expensive, and so is ammo.

The 22 LR won 5/11 categories because it's cheaper and has less recoil.

In the end, you're not gaining much ballistically over the 22 LR when you use the 22 Hornet because, by 300 yards, both rounds are tapped out.