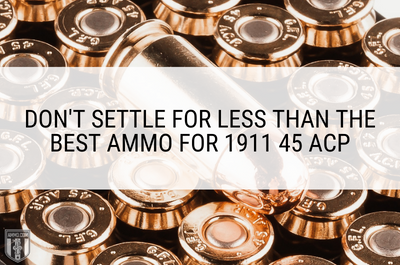 I rarely concealed carry my 1911; it's still typically close by and is my home defense pistol.

I still argue shotguns are the better home defense weapon due to the lower chance of over-penetration.

However, if the need arises, I won't hesitate to use my 1911 to protect my family and myself.

So recently, I tested the best ammo for 1911 45 ACP to determine the most accurate, reliable, and reasonably priced 1911 45 ammo.

Below you'll find my conclusions so that you can make the best decision on your next m1911 ammo purchase. 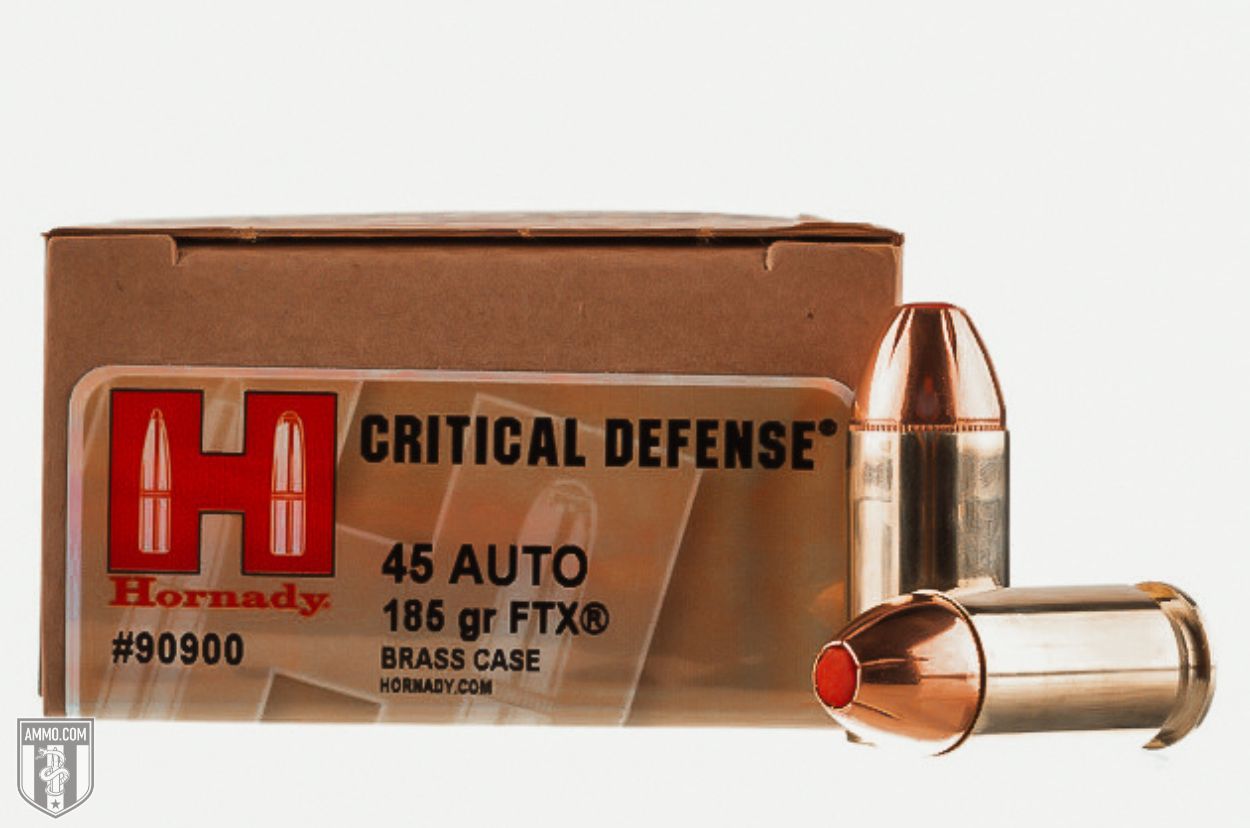 Hornady Critical Defense is one of the most trusted self-defense rounds. These are the brass-cased rounds that I trust in my 1911.

The jacketed hollow point has a polymer tip, which helps with accuracy and expansion to lower over-penetration.

If you think a 185gr bullet is too light, you can try the Hornady Custom 45 ACP + P ammo 230 Grain JHP. This self-defense ammo doesn't have the polymer tip, but it's loaded a little hotter to help propel the 230-grain bullet.

Personally, I like the 185gr bullet because it has a little less recoil but plenty of stopping power to stop a threat.

Even though it's expensive, the ballistics and reliability are well worth the extra money. If you practice with this ammo, you'll be able to reload the brass to get your money's worth out of this ammo. 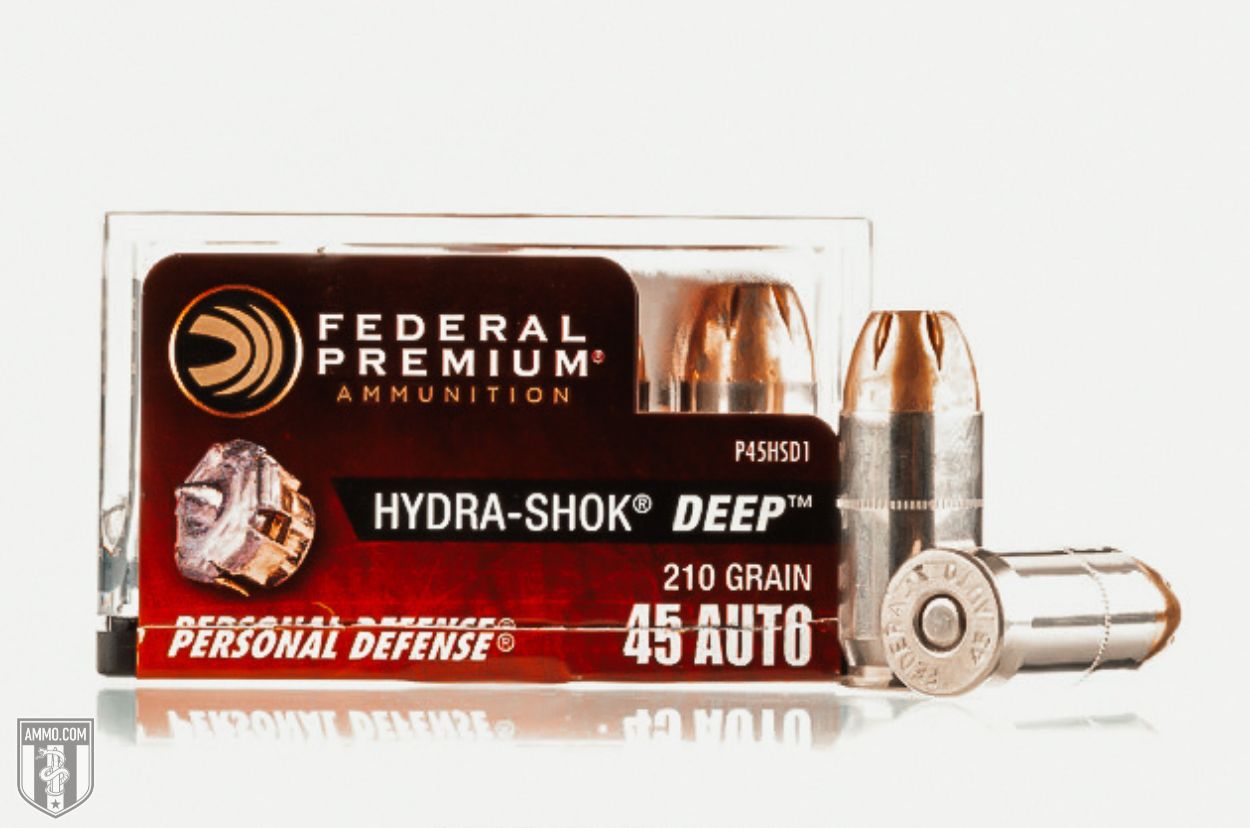 If you find that your 1911 handgun malfunctions less when using Winchester ammo, I recommend buying Winchester USA Ready Defense 45 ACP 200-grain JHP or Winchester Ranger T if you're in law enforcement.

I like the Ready Defense rounds because they're a good compromise on bullet weight, recoil, and stopping power.

They're designed specifically for defense, while the Ranger T ammo is designed with law enforcement in mind.

Federal Hydra-Shok Deep 45 ACP 210-grain JHP is a little less expensive than Hornady Critical Defense and has a heavier bullet.

The heavier bullet means it has a slower muzzle velocity but more muzzle energy, so it's a harder-hitting round.

Federal Hydra-Shok is nickel-plated brass, which is smoother than brass, so it will help reduce malfunctions if you're having problems with empty casings getting stuck.

For a budget-friendly option, check out Black Hills Ammunition 45 ACP 230 Grain JHP. The heavier bullet does lower the ballistics of this round. However, the threat you're stopping won't notice the difference. 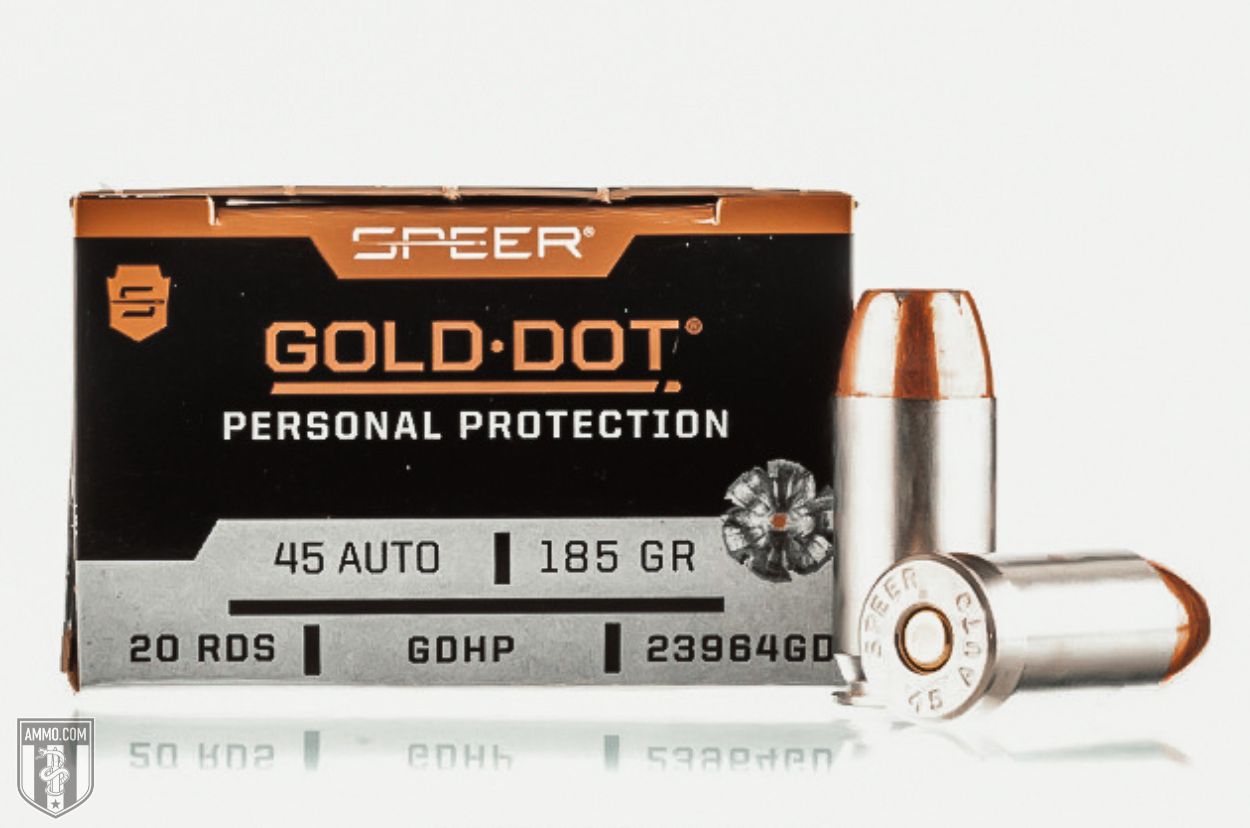 Many concealed carriers brag on these rounds for their reliability and accuracy.

The ballistics are nothing to ignore, but remember that this is a 185gr bullet, one of the lighter 45 ACP self-defense bullets.

If you're feeling more macho, try the Speer Gold Dot 45 ACP 230 Grain JHP. The ballistics are a little lower, but you get the added benefits of the heavier bullet. Not to mention bragging rights that you can handle the more significant recoil.

Because these rounds are designed for personal defense, many law enforcement officers use them as their everyday carry ammo. 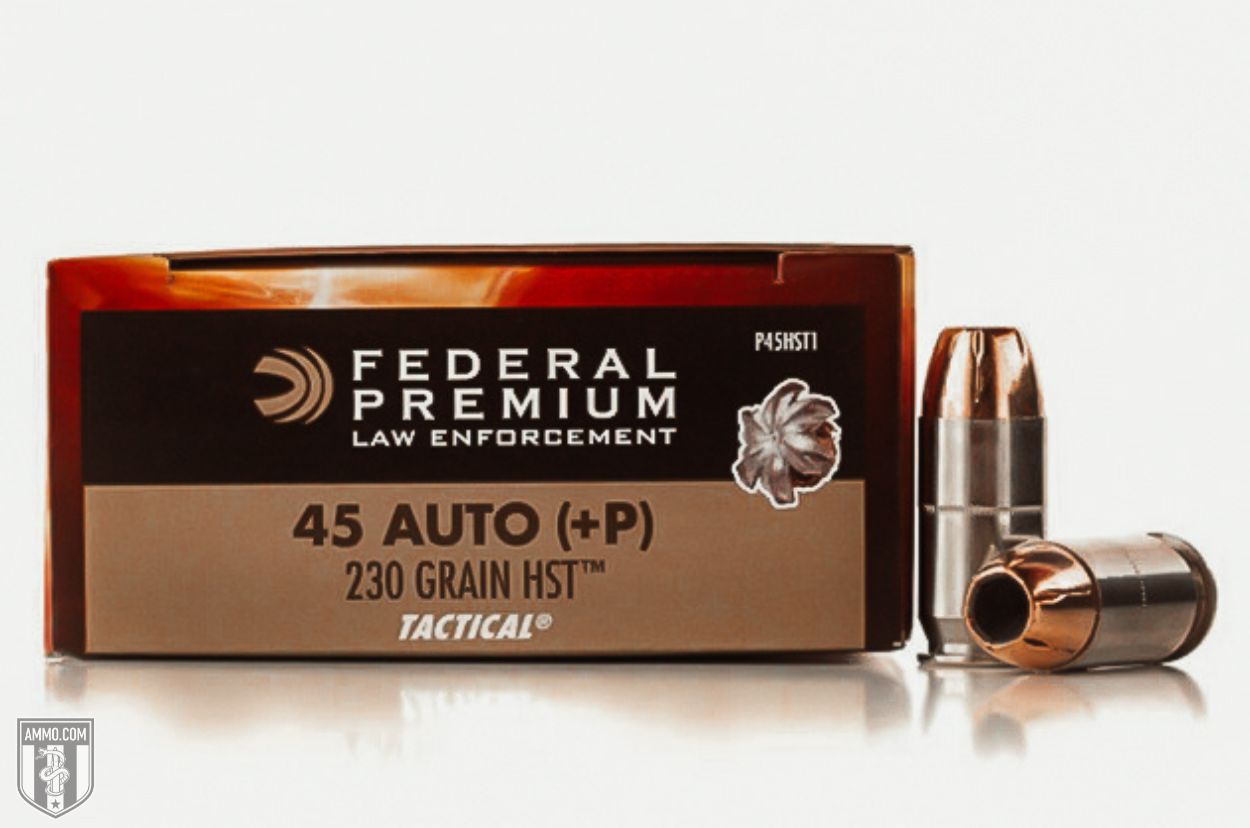 However, you might find the nickel-plated brass cycles better in your Remington 1911 and is more accurate because the bullets jacket is chemically bonded to the lead core.

The heavier bullet and hotter load mean it's also more powerful than other 45 ACP rounds that don't have as much powder in the case.

Despite being premium ammo, it's less expensive than other +P 45 ACP ammo.

The Underwood 45 ACP +P 230-grain JHP rounds have a high muzzle velocity and tremendous muzzle energy at a similar price to other defensive ammo.

This is partly due to the increase in powder, which translates to more recoil. Though the ballistics stand out compared to other +P ammo, it's more expensive than Federal HST. 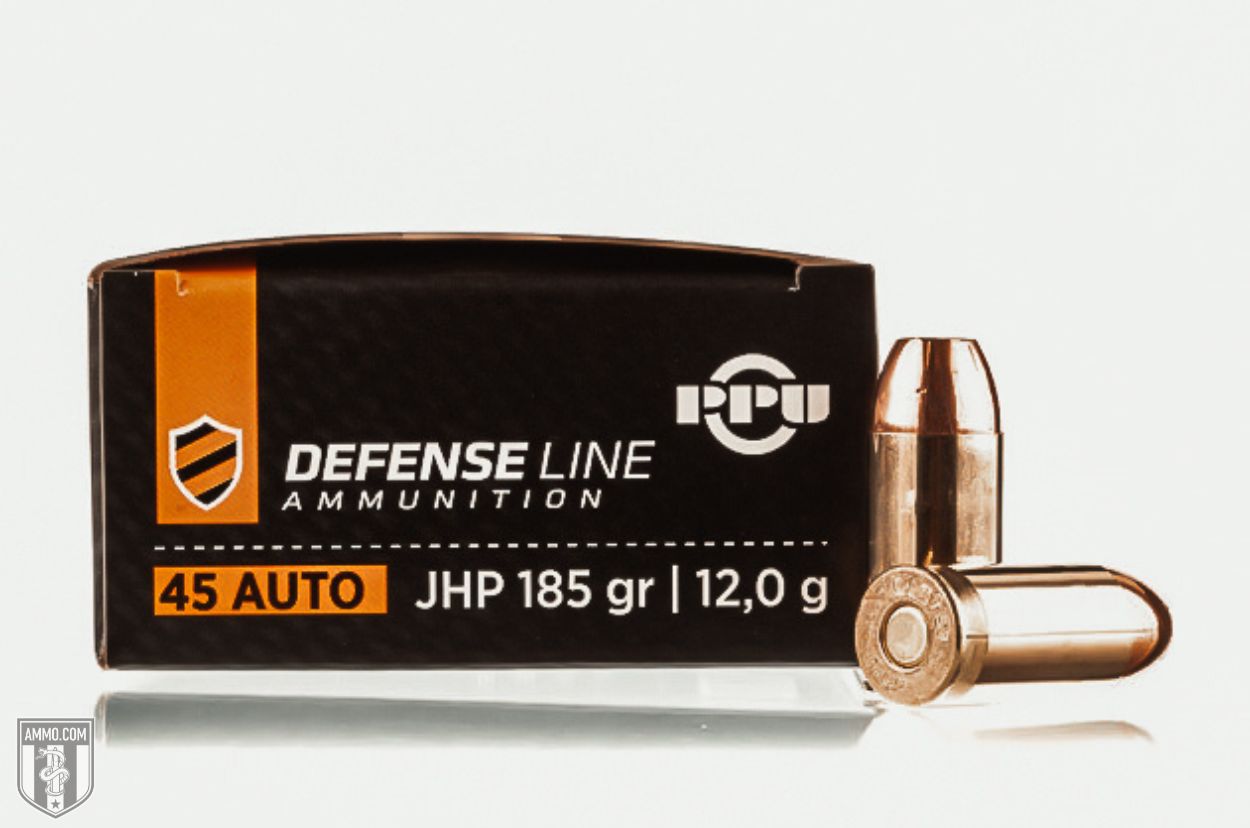 Using the same ammo for target practice as you carry is best, but that can get expensive.

That's not the case with Prvi Partizan 185gr JHP; these rounds are inexpensive and designed for personal defense.

They don't offer the best ballistics, which is expected when you're saving this much money, but if you're ever forced to stop a threat with them, neither you nor the bad guy will notice the difference.

Prvi Partizan 45 ACP 230 Grain FMJ is slightly less expensive because they use full metal jacket bullets instead of the JHP bullets.

For target shooting, these are perfectly fine, but I wouldn't carry FMJs. They tend to over-penetrate and have less stopping power because they don't expand on impact, like a hollow point.

If you prefer well-known ammo brands, this isn't the ammo for you; however, Prvi Partizan has an excellent reputation.

For the price, you can't beat the Prvi Partizan 185gr JHP for practice and carry ammo. 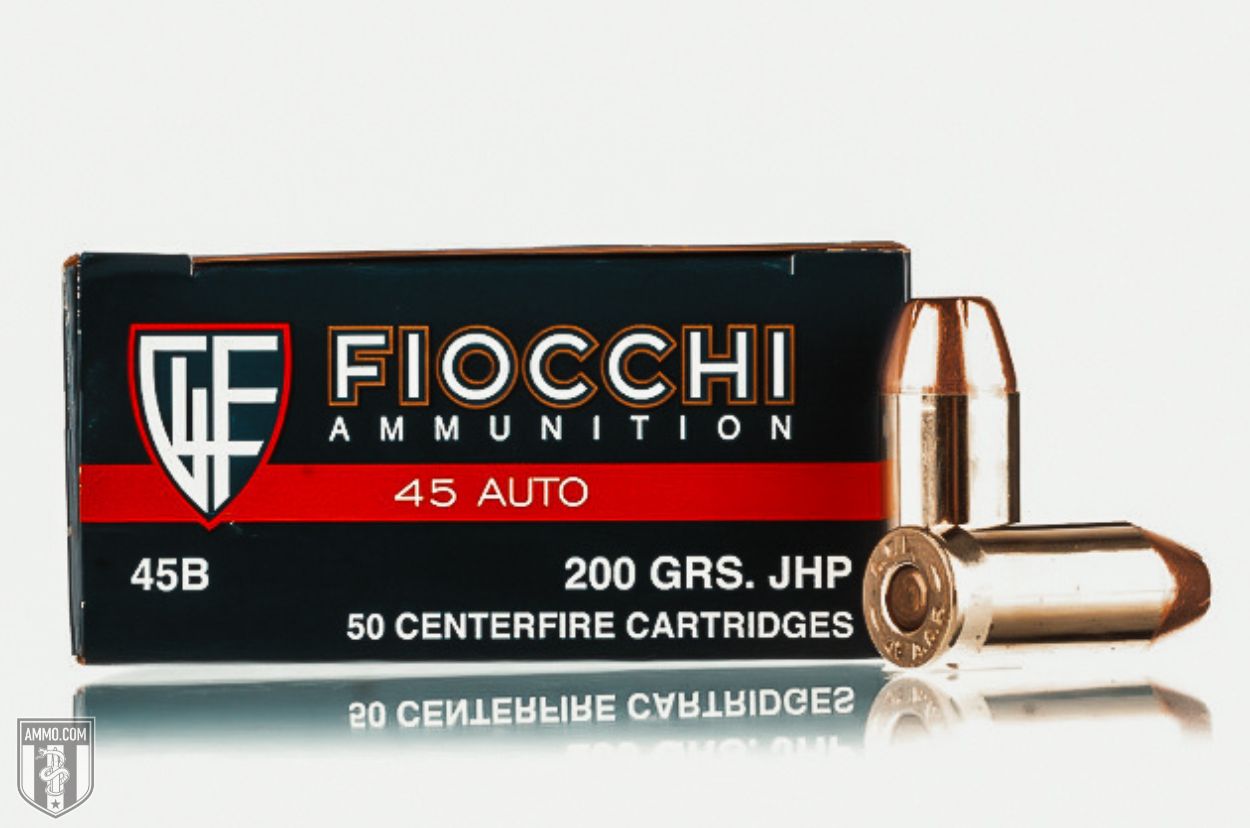 Federal American Eagle 45 ACP 230-grain FMJ is not the cheapest ammo on the market, but if you prefer to use an ammo brand with a household name, these are the rounds for you.

Though Sellier & Bellot 45 ACP 230-grain JHP doesn't have the ballistics as other high-end JHP ammo, it's nearly half the price. So you'll be able to practice and carry this ammo without breaking the bank.

The Speer Lawman 45 ACP 230-grain TMJ is designed to perform similarly to defense or law enforcement rounds without having the increased price of a JHP bullet.

I had to mention the Fiocchi 45 ACP 200-grain JHP because these are in the sweet spot of price point and bullet weight. They're not too heavy, and they're not too light.

Deciding which ammo is best for you is daunting, with many options and things to consider.

However, it doesn't have to be when you narrow the considerations down to three of the most important; budget, reliability, and recoil.

Setting and staying within your budget is critical. It's silly to buy ammo but not the essentials like food, water, and shelter.

At Ammo.com, we offer quality ammo in all budget ranges, so you're sure to find the rounds that work for your situation.

Hollow point bullets are more expensive than full metal jacket bullets; however, hollow points are the better option for personal defense, so they're worth stretching the budget a tad.

This is the most crucial consideration, in my opinion. If you can't trust the rounds to go off and not jam, don't trust them with your life.

The same can be said for all brands of 1911s, whether it's a Springfield, Ruger, Smith & Wesson, or Glock.

Find out which ammo is most reliable in your 1911 and stick with that ammo.

Recoil should be considered because it drastically affects how accurately and quickly you can get a follow-up shot off, two significant things in a self-defense situation.

You can call me a wimp, but I prefer as little recoil as possible because I'm more accurate and can get back on target quicker with a lighter recoil round.

However, don't go so light of a recoil that you're drastically sacrificing knockdown power. There's a happy medium to find; once again, test out several brands, bullet weights, and powder loads to determine which works best for you.

Ammo is expensive and will only get more costly as demand continues to increase.

There are a few ways to save money when buying ammo, but they typically require a more significant investment upfront. 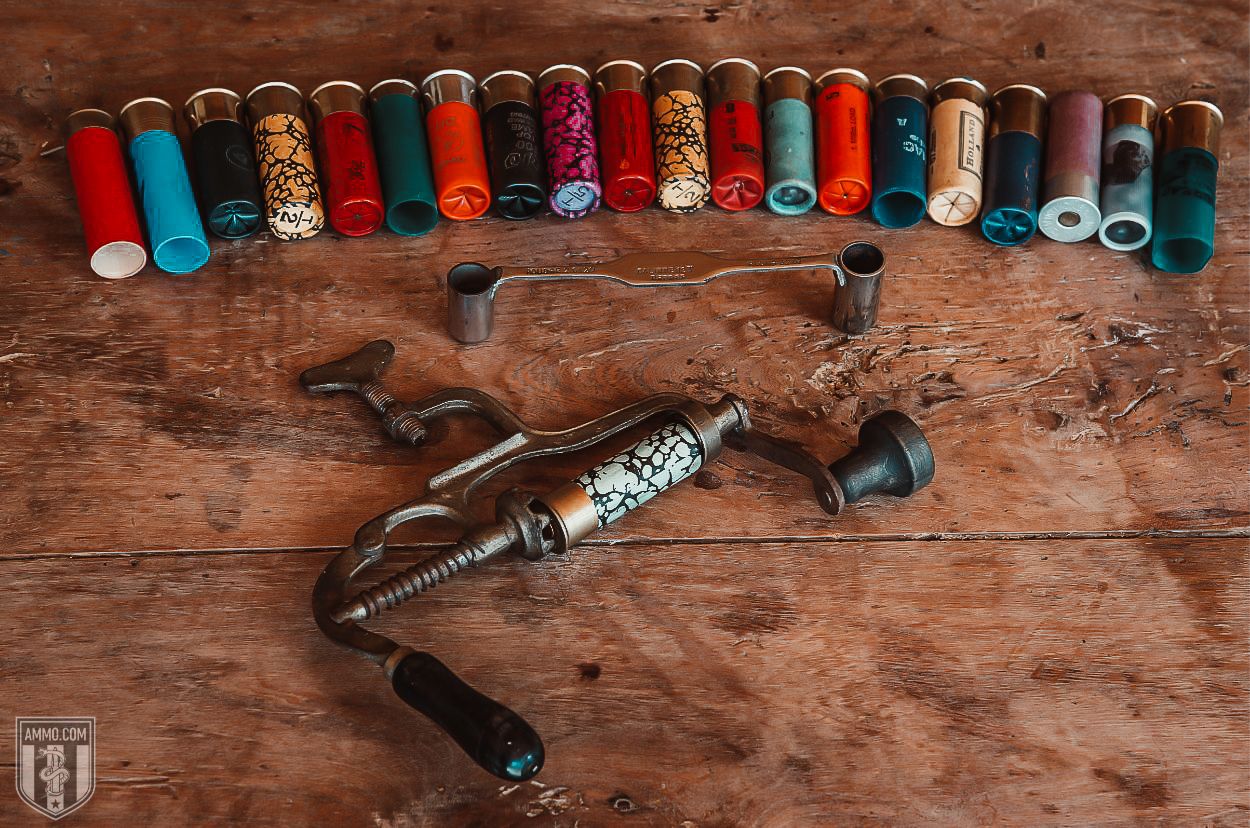 Reloading is a skill worth having, and it doesn't require a gunsmithing certificate. You can reuse your spent brass and save money on factory ammo.

Reloading takes time to figure out and dial in, but once you get everything set to how you like it, you can quickly pump out several hundred rounds in your spare time.

The upfront cost is substantial because you have to purchase reloading equipment and ammunition supplies.

The money you save depends on how fast you can crank out rounds.

Buying bulk 45 ACP ammo is an excellent way to save money per round.

The more rounds you buy at once, the more money you save per round.

500 Rounds of Browning 45 ACP 230 Grain FMJ costs much less per round because the manufacturer offers better discounts when you purchase more rounds at a time.

That's why many shooters buy bulk ammo instead of 20 or 50 rounds at a time.

If you have the time and money, combining the two tips mentioned above is best.

When you buy bulk ammo, you get the bulk discount; then, you can reload the spent brass to increase your savings even more!

Buying steel or aluminum-cased ammo is another way to save money.

These casings are much harder to reload, so I don't recommend trying to reload the spent casings, but rounds like Blazer 45 ACP 230 Grain FMJ are cheaper than other 45 ACP ammo because they use a more affordable metal for the case.

Bullet selection is critical when choosing the best ammo for a 1911 45 ACP. The first step in selecting the best bullet is knowing what each one was designed for and understanding how that fits into your situation.

The full metal jacket bullet was designed in the late 1800s for military rifles. It's now primarily used for target practice.

It gets its name from the lead core encased by a harder metal (typically copper), which helps the bullet keep its shape and leave less residue in the barrel. However, the lead bullet is not entirely surrounded by the metal jacket.

They're less than ideal for self-defense because they can easily penetrate multiple people since they don't expand like a hollow point bullet. This means even if you hit the bad guy, you could accidentally strike an innocent bystander with the same bullet.

TMJ bullets are safer at indoor shooting ranges because you don't get the lead vaporization as with an FMJ.

A jacketed hollow point is what most concealed carriers use.

They have better stopping power and are less likely to over-penetrate than an FMJ or TMJ.

However, they're more expensive and illegal in some places.

This helps the bullet hold its shape during flight and evenly expand on impact. 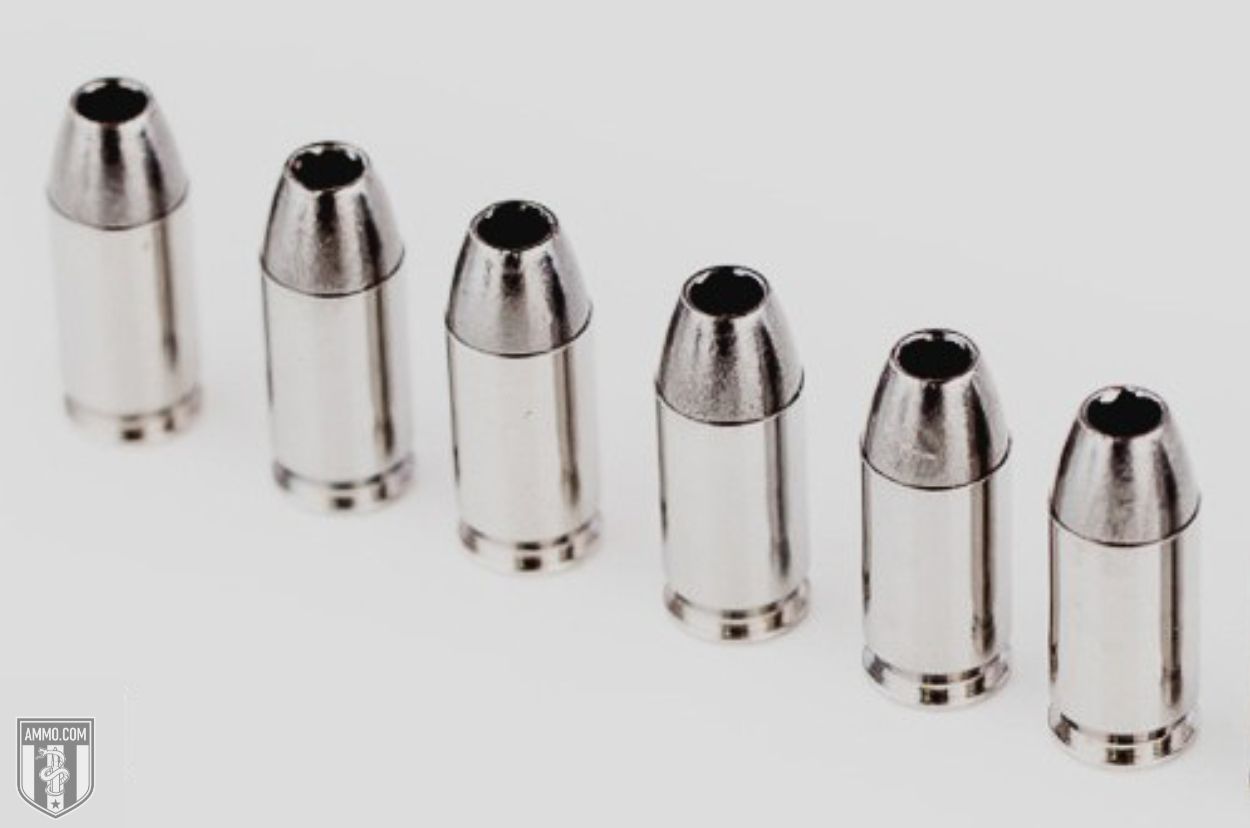 A solid copper hollow point is made from copper instead of lead. These bullets better hold their shape than lead hollow points during flight.

However, they don't expand on impact as well because copper is a more rigid metal.

While the 1911 is one of the greatest guns ever made, it's nothing more than a paperweight without the best ammo for a 1911 45 ACP.

That's why I buy Hornady Critical Defense 185 Grain FTX JHP for my 1911. It's some of the best personal defense ammo on the market.

There's no sense in putting your family or yourself at risk any longer; pick up a box or ten today!